All moved in! Tarek El Moussa and Heather Rae Young’s romance is getting more serious as they are currently living together, according to Young’s Selling Sunset costars Maya Vander and Davina Potratz.

“Their relationship is going very well. They just moved in together,” Vander told Us Weekly exclusively at the Beverly Hills Rejuvenation Center’s Eternal Beauty event benefiting the American Heart Association on Thursday, September 26. “They’re very happy. She loves being in the relationship.”

Vander added that Young, 32, is “enjoying being a stepmom” to the 38-year-old Flip or Flop star’s 8-year-old daughter, Taylor, and 3-year-old son, Brayden. 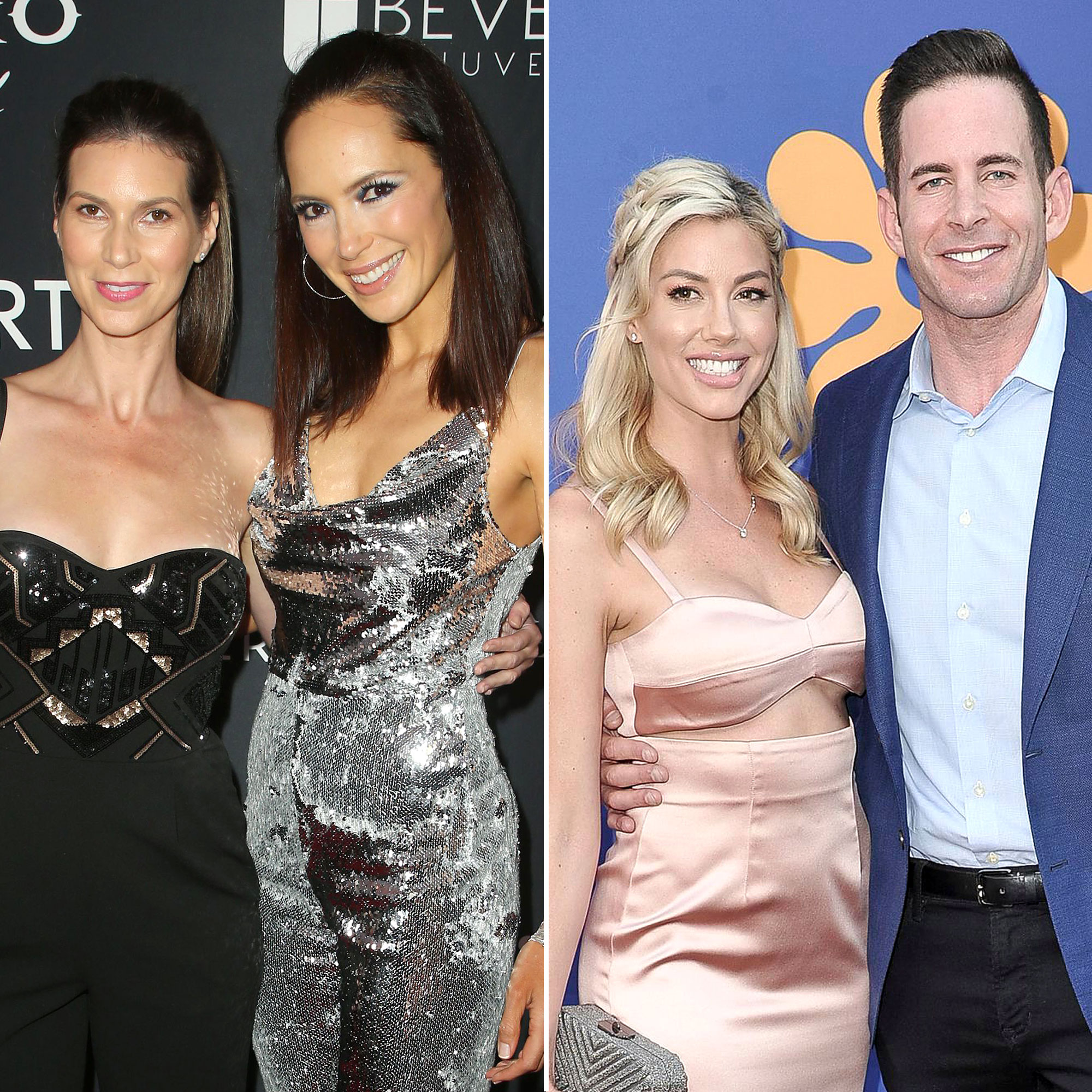 “He’s super sweet, really, really nice guy,” Potratz shared. “Very good positive energy. So we are hopeful for her and really excited for her.”

Potratz continued, “He’s super genuine and sweet and both of them are like just oozing love. So it’s really sweet to be around them.”

El Moussa and Young were first seen kissing in July while aboard his boat at the Portofino Hotel & Marina in Redondo Beach, California. One month later, Young opened up to Us Weekly about the couple being “really, really happy.”

“I had been single for a little while, and he just has this special light about him,” she said at the time. “His smile and his personality, I felt like he was such a genuine, kind person. We texted back and forth a little bit, and we just bonded. I had been dating and, you know, it’s tough to date in L.A. I felt like Tarek was just a real person.”

The HGTV star, for his part, finalized his divorce from his ex-wife, Christina Anstead, in January 2018. She then wed Ant Anstead in December of that year. The married pair welcomed their first child together, Hudson, in September.

Though El Moussa and Christina have separated, the Christina on the Coast star told Us in May that it “actually works out really well” for the exes’ coparenting relationship that her former spouse lives “two blocks” away from her.

El Moussa revealed just how smoothly his daughter, Taylor, is getting along with Young. On September 20, he posted a pic on Instagram that showed himself posing with Young and Taylor outside of 21 Oceanfront Restaurant in Newport Beach, California.

“For the past few years Tay and I have always gone to her favorite steakhouse! It’s special to her because it’s a ‘me and her only’ dinner spot,” he wrote. “This time she asked me if we could bring @heatherraeyoung and my heart melted. Heather is just amazing with tay and they adore each other.”

With reporting by Kayley Stumpe