There are still four weeks left in Season 16 of The Bachelorette, but Tayshia Adams made a very telling confession on the Dec. 9 episode of The Ellen DeGeneres Show. During the episode, DeGeneres showed the former phlebotomist a series of different phrases and had her choose which of her seven suitors fit the description. And though she said Ben Smith, Blake Moynes, Brendan Morais, and Zac Clark were all in the running for "best kisser," Tayshia Adams revealed which Bachelorette contestant is "husband material" later on and only had one name in mind. As she told DeGeneres, "I feel like all of them, but probably Zac." Oh, really?

Of course, DeGeneres then asked whether that meant she ended up with Clark. When Adams declined to answer (because, you know, she can’t exactly spoil the ending), DeGeneres added, "I’m saying that you had multiple answers for the best kisser. You only had one answer for future husband material. So, if you did pick somebody else, you are really in trouble when this airs." Valid point! And let’s not forget that — during the Dec. 8 episode of The Bachelorette — Adams told Clark she was falling in love with him. 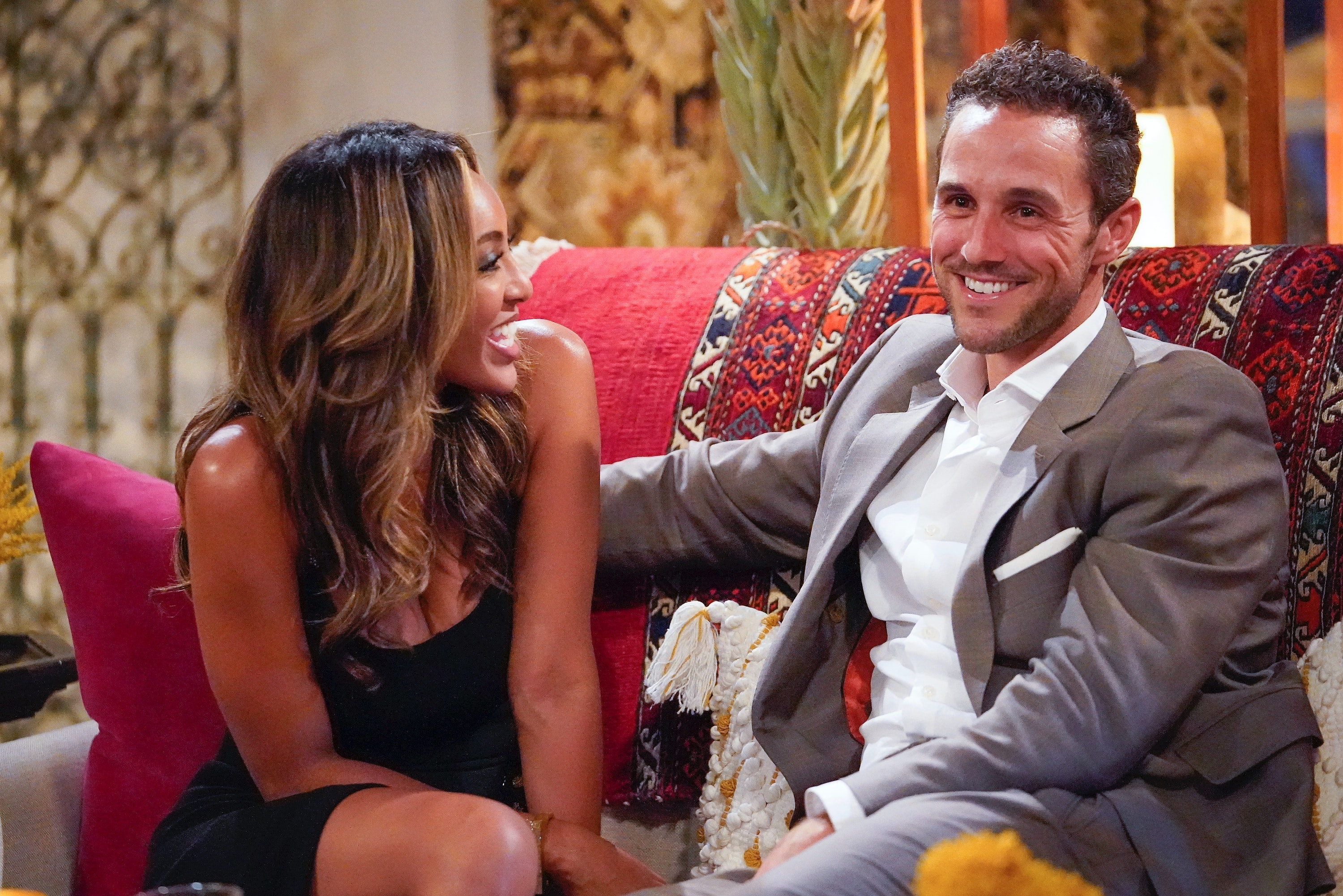 In the Dec. 8 episode, Adams subjected five suitors to a polygraph test (including Clark), and Clark confessed he "might have already" fallen in love with Adams. Later on, Adams approached Clark and told him, "I’m falling in love with you, too." During her appearance on The Ellen DeGeneres Show the day after the episode aired, Adams said — while she maybe shouldn’t have told him that — she didn’t have any regrets.

"I did do something that usually you’re not supposed to kind of do, just because you don’t want to say it to too many people," she explained. "But at the same time, I’m there to find my first love, so if that’s what I’m feeling, then I felt like, why not say it? But I will say after I did tell him, I kind of just looked at my producers like ‘Whoops!’ Like, we shouldn’t have done that but whatever. It felt right." Fair enough.

DeGeneres also took the opportunity to ask Adams about the rumors she’s already engaged. On Dec. 1, while showing her followers how she prepares her iced coffee in an IG Story, Adams appeared to be wearing a diamond ring on that finger, but according to the Bachelorette, she likes to "wear diamonds all the time," as she told DeGeneres. Diamonds are a girl’s best friend, after all.

Only time will tell whether Adams ends this season with a fiancé (and whether that lucky guy is Clark).