These days, Katharine McPhee is living the good life. She’s married to David Foster, per Us Weekly. The 34-year-old is currently pregnant with her and Foster’s first child together. She’s enjoyed tremendous professional success from her singing to acting to appearing on Broadway. It’s wild to think that just 14 years ago, Katharine was gracing television screens across the country for the first time.

McPhee competed in season 5 of American Idol in 2006, according to Daily Mail. She proved quickly that she had some serious vocal chops. She wowed judges at first sight by auditioning with “God Bless the Child” by Billie Holliday. She achieved Idol icon status with her rendition of “Over The Rainbow” when she reached the top 3. It was no surprise that she made it all the way to the finale, but sadly she didn’t score the top spot. McPhee lost to Taylor Hicks, and years later, she was able to joke about it.

Katharine joked about her loss to Taylor for a good cause

Like many celebrities, McPhee used her platform to encourage people to vote. Ahead of the 2018 elections, she tweeted out a photo of herself and Hicks at the American Idol finale to get her point across. “voting matters… register here,” she captioned the shot, taking a jab at Hicks’ victory.

Taylor, also a good sport, replied. “You’re right, voting DOES matter!” he wrote. “But you’re a little late to the party, Kat,” he added, referencing a voting PSA he’d done earlier in the year.

While Katharine may not have walked away from American Idol with a victory, it still played a very significant role in her life. It was on the show that she first met her husband, David Foster. Foster appeared as a guest mentor, beginning a working relationship with McPhee that would turn romantic, according to E! News. The two married in June 2019, per Vogue. 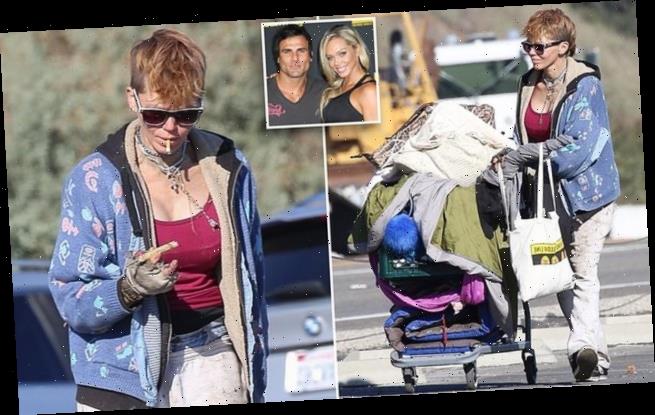