While Gossip Girl hasn’t spotted S, Queen B, or Lonely Boy in years, the Upper East Side rumormonger is back in business with a new class of dramatic prep-school kids. HBO Max’s reboot of Gossip Girl has officially begun filming, and it looks like the series will pay homage to the original show in a big way. Look no further than the newly released photos of the Gossip Girl reboot cast filming at the Met for proof of that.

After months of delays due to the coronavirus pandemic, the highly anticipated Gossip Girl sequel series finally began filming at the start of November, and the cast wasted no time recreating what is probably the most iconic image from the hit teen series. Serena, Blair, Chuck, Nate, and the rest of the Upper East Siders made New York City their playground, and their favorite spot to deal with all their drama was perched on the vast steps leading up to the Metropolitan Museum of Art. It was on these stone stairs that Blair held court with her minions, the whole gang would meet up for lunch, and Serena and Blair would have some of their most emotional conversations.

It looks like the setting will be just as important in the reboot, because the first images of the new production show the whole cast chilling on the Met steps. 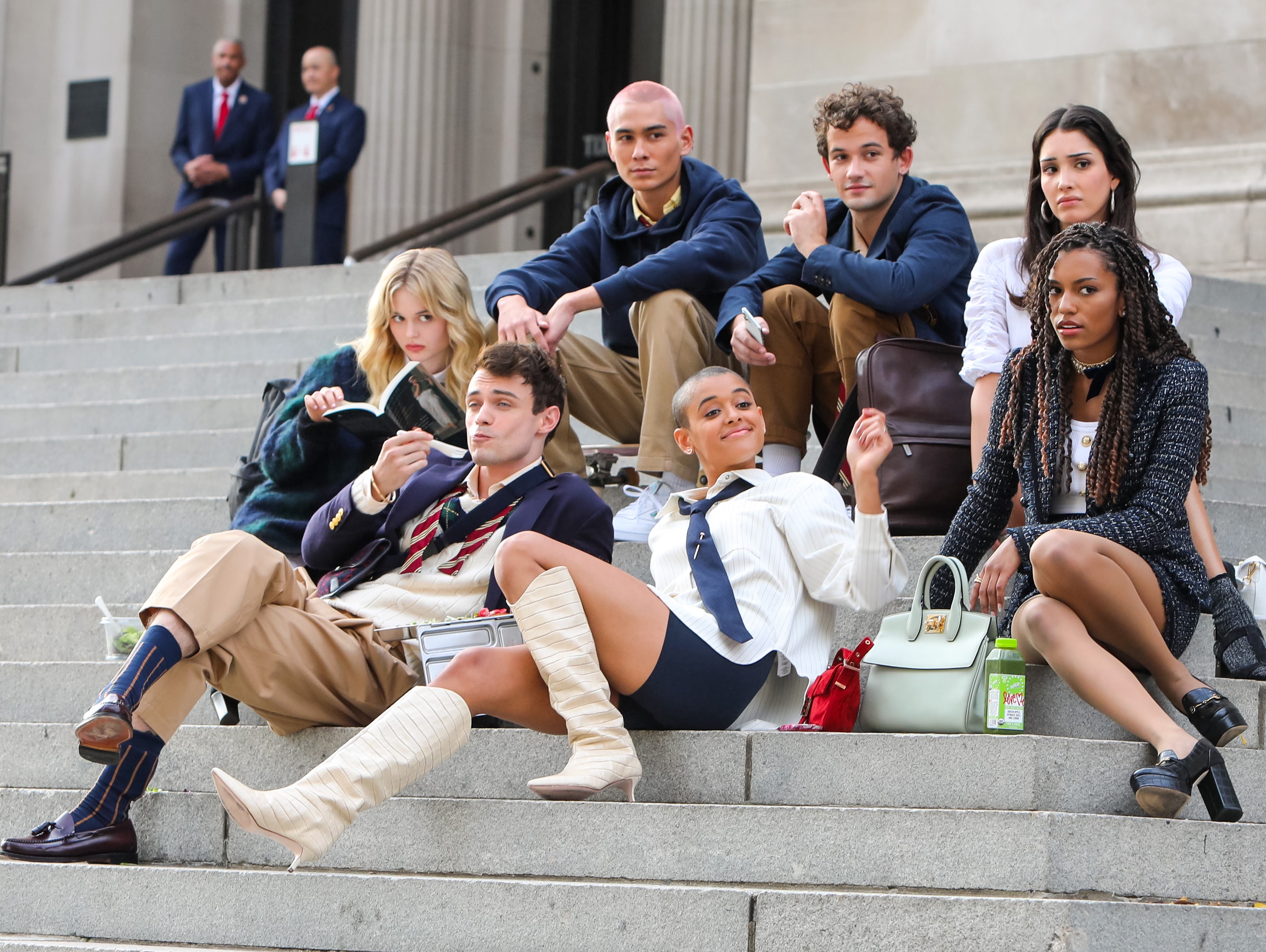 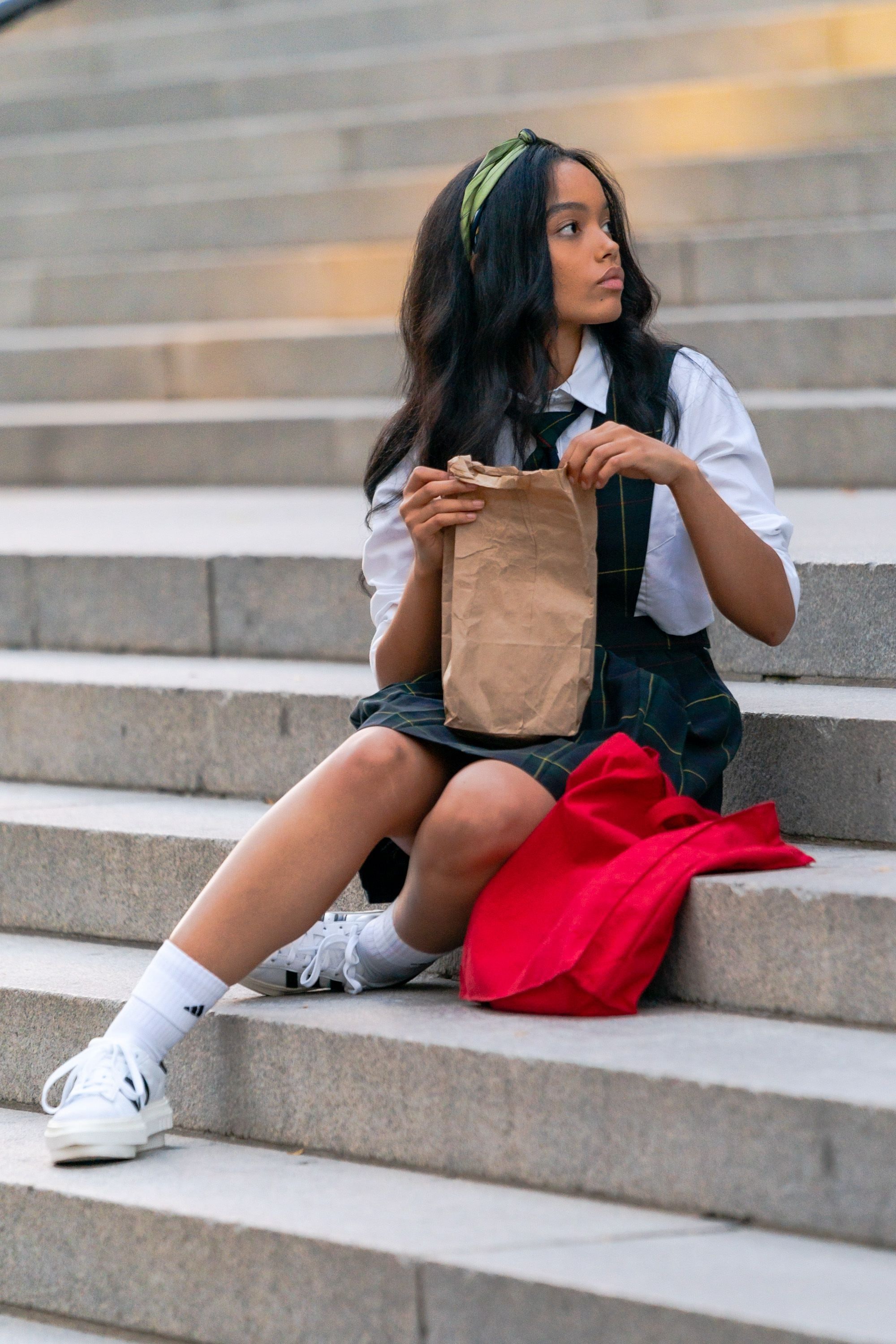 As Gossip Girl fans know, the steps to the Met were the go-to hangout spot for Blair and Serena in the original series. 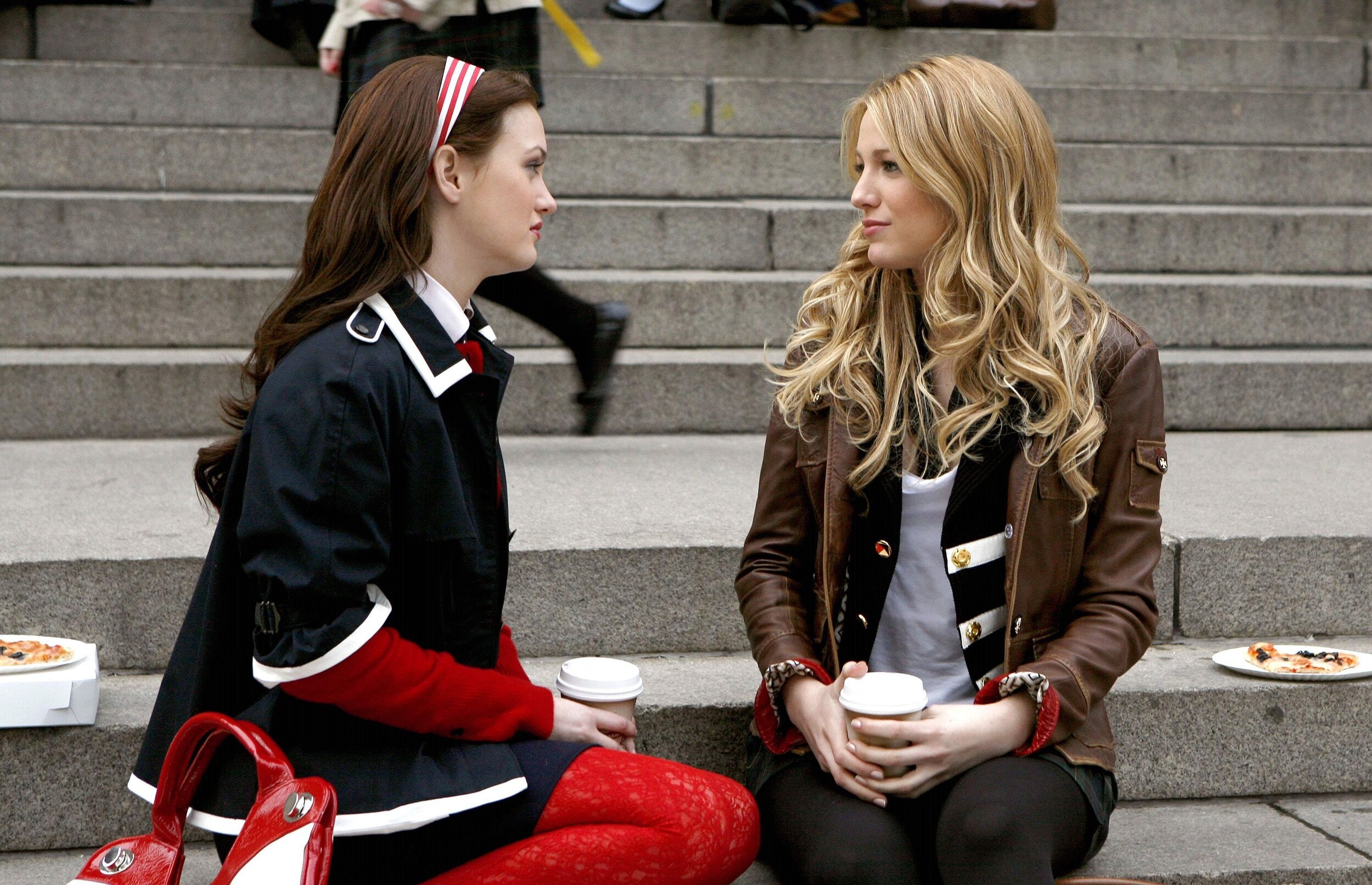