A miniature calf named Lil’ Bill who was born one-tenth of the size of his average-sized counterparts has been tipped to be the world’s smallest cow.

Lil’ Bill, who weighs a mere 4.5kg, became an overnight sensation last week when his owners took him to the Mississippi State University College of Veterinary Medicine in the U.S.

Initially, his owners feared for his health given his tiny stature, but so far, experts say the calf looks just like all the other cows in the paddock – only he is much smaller. 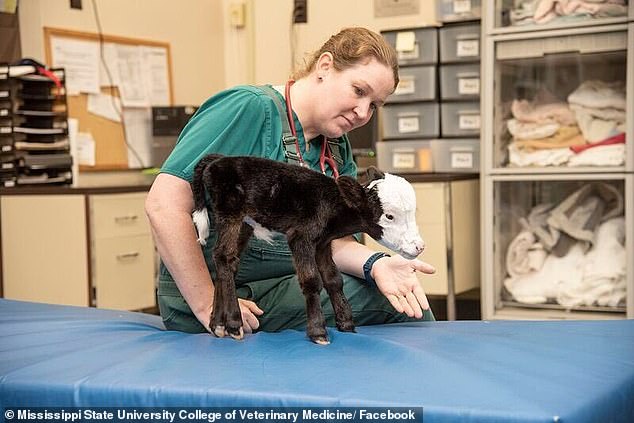 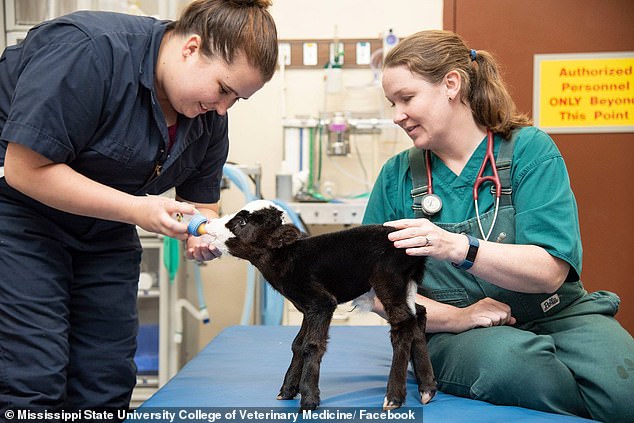 Animal experts at the university shared news of Lil’ Bill’s arrival on their Facebook page, garnering plenty of comments.

‘Ok this is the cutest little thing I have ever seen,’ another said.

A third person added: ‘Looking at the large domed forehead, could he be a dwarf?’

The Mississippi State University Facebook page caption stated: ‘Occasionally, we get a case that has us scratching our heads a bit.

‘Lil’ Bill is one of those cases! He was born weighing a little over one-tenth of what newborn calves typically weigh.’

The veterinary school advised people to stay tuned for updates on Lil’ Bill as they would be posting regular updates about the miniature cow’s progress.

A follow-up post a day later revealed the teeny-weenie calf had garnered so much interest that he even had his own hashtag ‘LilBill’.

‘At this time, we do not plan to create a separate page for him, but we will be posting updates about him regularly, so keep checking back!’ the caption stated. 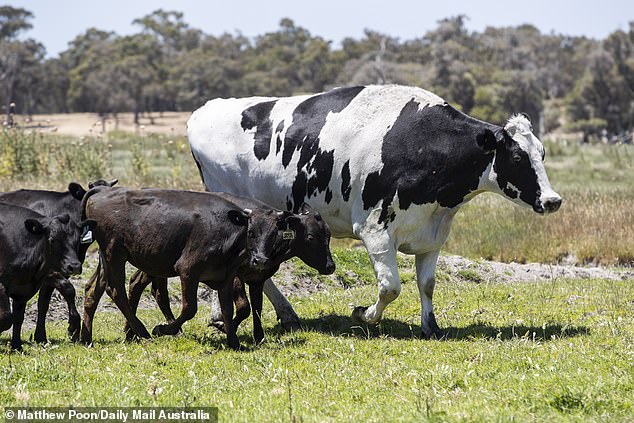 News of the tiny cow comes just days after it was revealed an enormous  6ft4 black and white steer called Knickers living in Western Australia.

His owner, Geoff Pearson, reared the 1,400kg steer on his property and told ABC News because of his size they couldn’t sell him for export.

As a result the 194cm tall steer was given a second life on the farm.

According to the Guinness Book of World Records, the record for the largest bovine is 2267kg while the tallest steer measured in at just over two metres.

The world record for the shortest fully grown cow was a four-year-old cow called Manikyam in Kerala, India, which measured 61.1cm from hoof to withers.