No Sunday scaries here! Justin Hartley and Sofia Pernas appeared to have a very chill bonding session toward the weekend’s end.

In an Instagram Stories update, the 43-year-old This Is Us actor posted a photo of himself swimming with his dog Paisley. He captioned the sweet moment, “Paisley like Sunday mornin,’” which is a play on Lionel Richie’s hit “Easy.” 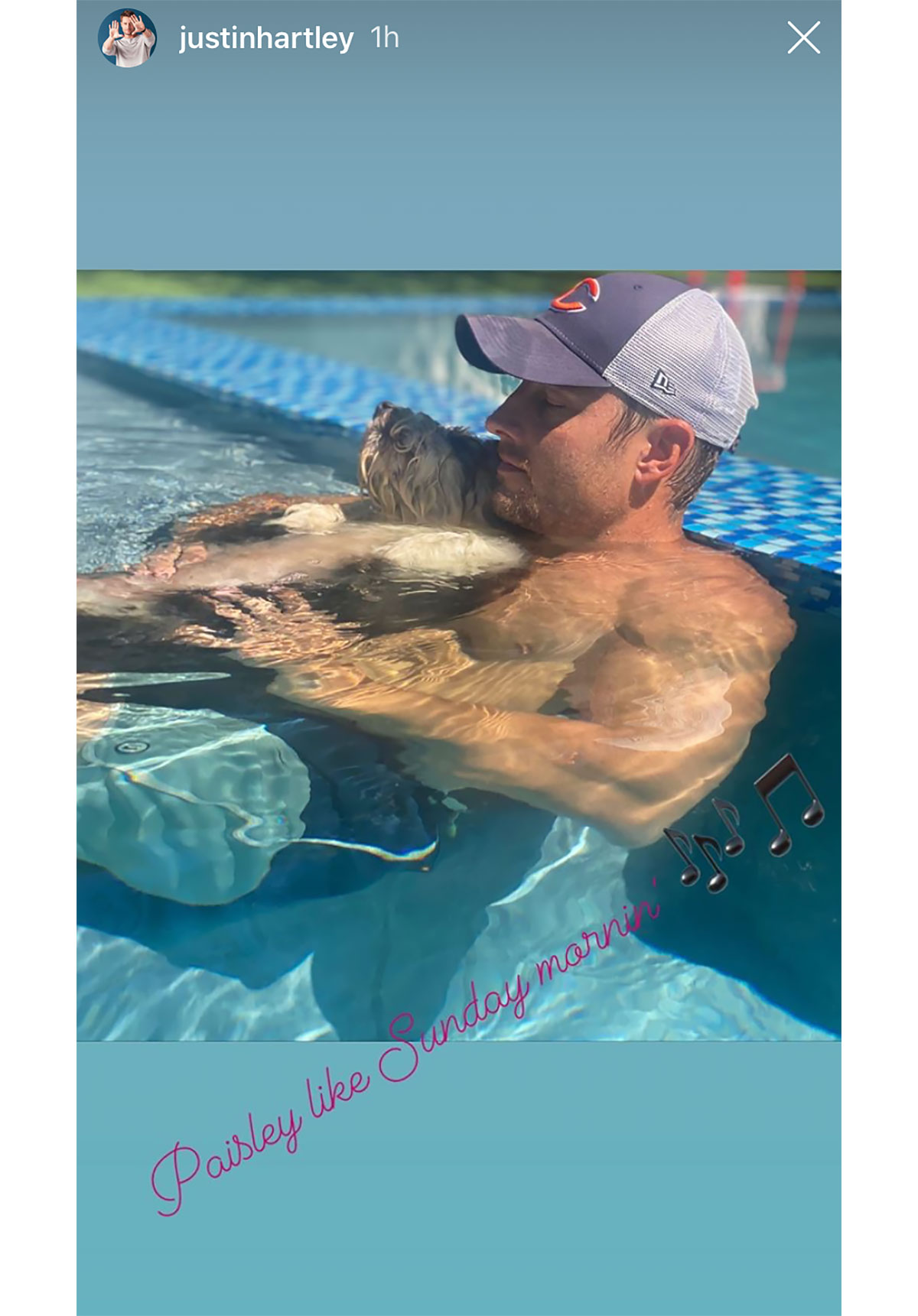 On a similar note, the 31-year-old Blood & Treasure actress shared a snap of two drinks in Guinness glasses. One drink, in particular, had a man’s arm wrapped around it as he held a cigar. “Easy like Sunday mornin,’” she captioned the photo. 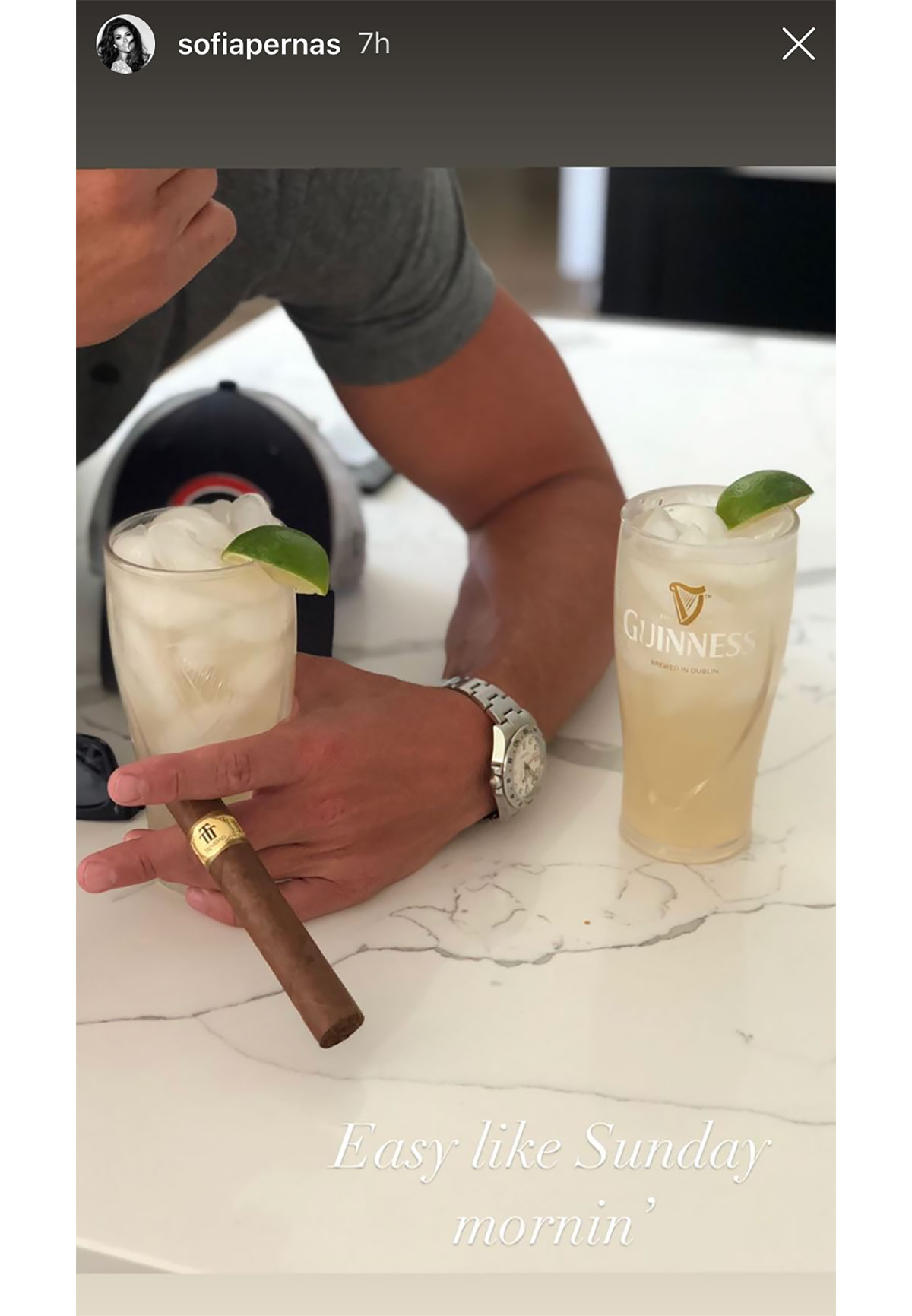 Us Weekly broke the news in May that Hartley and Pernas are an item. Speculation surrounding their romance first surfaced earlier that month when the duo were spotted kissing as she dropped him off at a doctor’s appointment.

Justin Hartley and Chrishell Hartley: The Way They Were

Hartley and Pernas previously grew close while working on The Young and The Restless together, where they costarred on the soap series for nearly a year. 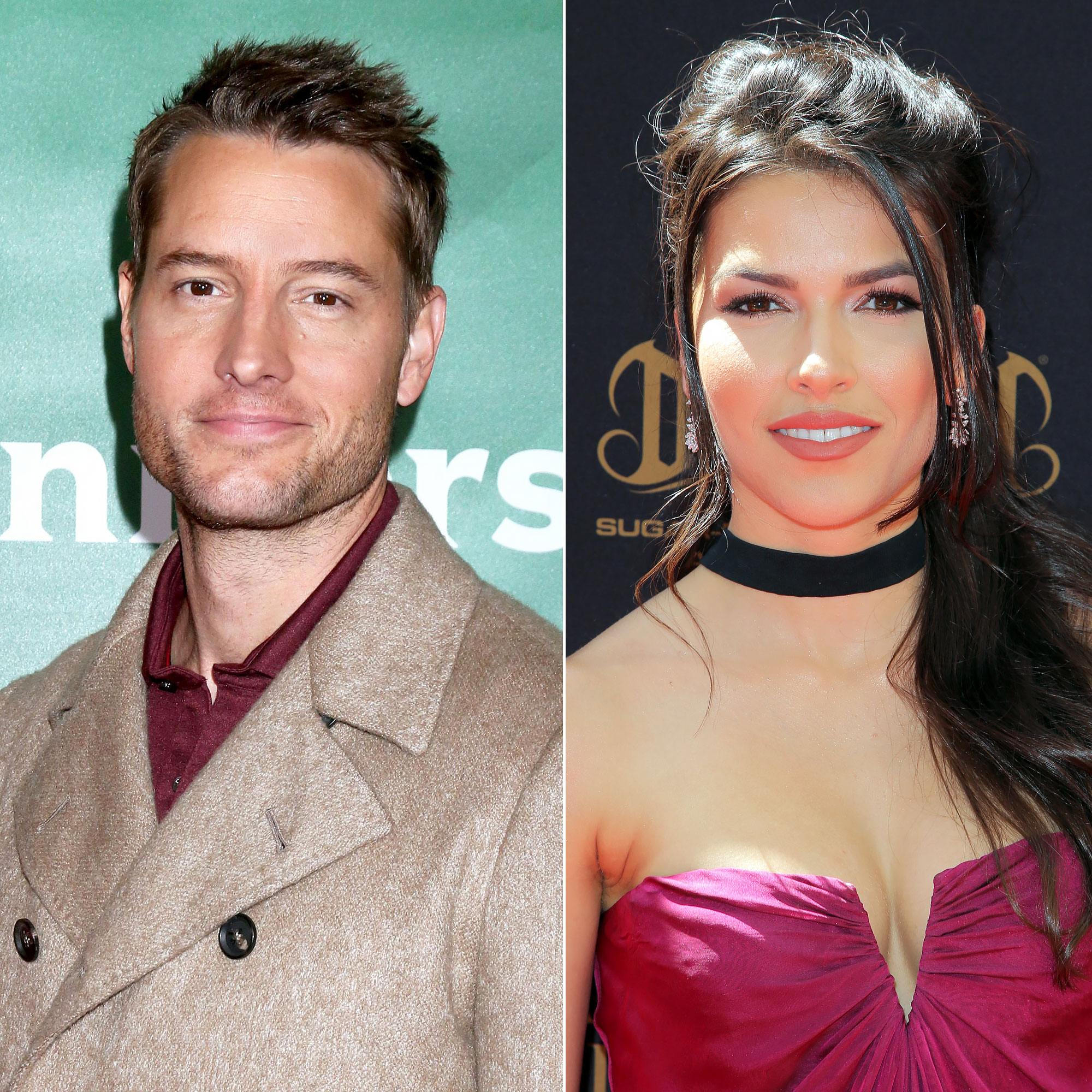 Just before their romance was confirmed, Hartley was married to Chrishell Stause. The Little actor filed for divorce from Stause, 39, in November 2019 after two years of marriage. He stated in the filing that their date of separation was in July 2019, while the Selling Sunset star claimed that their split was on the day that he filed in November.

In court documents obtained by Us last month, Stause has also requested to have her maiden name restored amid their divorce.

Everything Chrishell Said About Justin Hartley Divorce on ‘Selling Sunset’

Stause’s split from Hartley has taken center stage of the third season of Selling Sunset. In a clip from the newly released season, she alleged that she found out about their divorce via text message and then “the world knew” about the breakup 45 minutes later. The actress then claimed that she did not initially believe Hartley was serious about filing.

“If that’s really what you wanted, there are better ways to go about [it],” she explained. “I talked to him right after ‘cause I thought that must be a joke, but that was kind of the end of the communication. What am I supposed to say? What do you say after that? It’s like, now I have to find a place to live. Now I have to scramble and figure this out, you know?”

A source exclusively told Us that Hartley was “irritated that she’s airing their private information publicly” on the Netflix hit because there’s “more to the story than is being told.”