Chilling Adventures of Sabrina frequently incorporates religious figures into its hellish plots, and the final season placed a very important goddess at the center of everything. Having turned away from Lucifer, Zelda’s coven needed a new source of power, and there was no better choice than the goddess of witchcraft herself: Hecate. So, just who is Hecate in Chilling Adventures of Sabrina? Here’s what you should know about the powerful figure at the center of the coven.

Hecate was first mentioned at the end of Chilling Adventures of Sabrina Part 3, as Zelda invoked her power to bring Hilda back from the dead. Previously, the coven worshipped and drew their powers from Lucifer, and then Lilith for a while, but after both proved to be disappointments, Zelda reformed the coven to become the Order of Hecate. Throughout Part 4, Zelda, Hilda, and the rest of Sabrina’s coven invoke Hecate to help amplify their powers.

The decision to draw power from Hecate makes a lot of sense, considering she’s probably the religious figure most closely associated with witchcraft across all creeds. In ancient Greece, Hecate was worshipped as the goddess of boundaries, both associated with literal doorways and crossroads as well as the metaphorical liminal spaces between realms. As time went on, her domain over the mystical also earned her the title of being the goddess of witchcraft. Her standing as the deity of witches is referenced in multiple Shakespearean works, most notably in Macbeth and A Midsummer Night’s Dream.

As Zelda often mentions, Hecate is also a triple goddess, which makes her an even more perfect selection for the Chilling Adventures of Sabrina coven. Most depictions of Hecate throughout history show her with three faces, representing the feminine ideals of the maiden, the mother, and the crone. The Spellmans just so happen to perfectly mirror these three faces of Hecate: the young and ambitious Sabrina as the maiden, the nurturing and protective Hilda as the mother, and the wise and powerful Zelda as the crone. 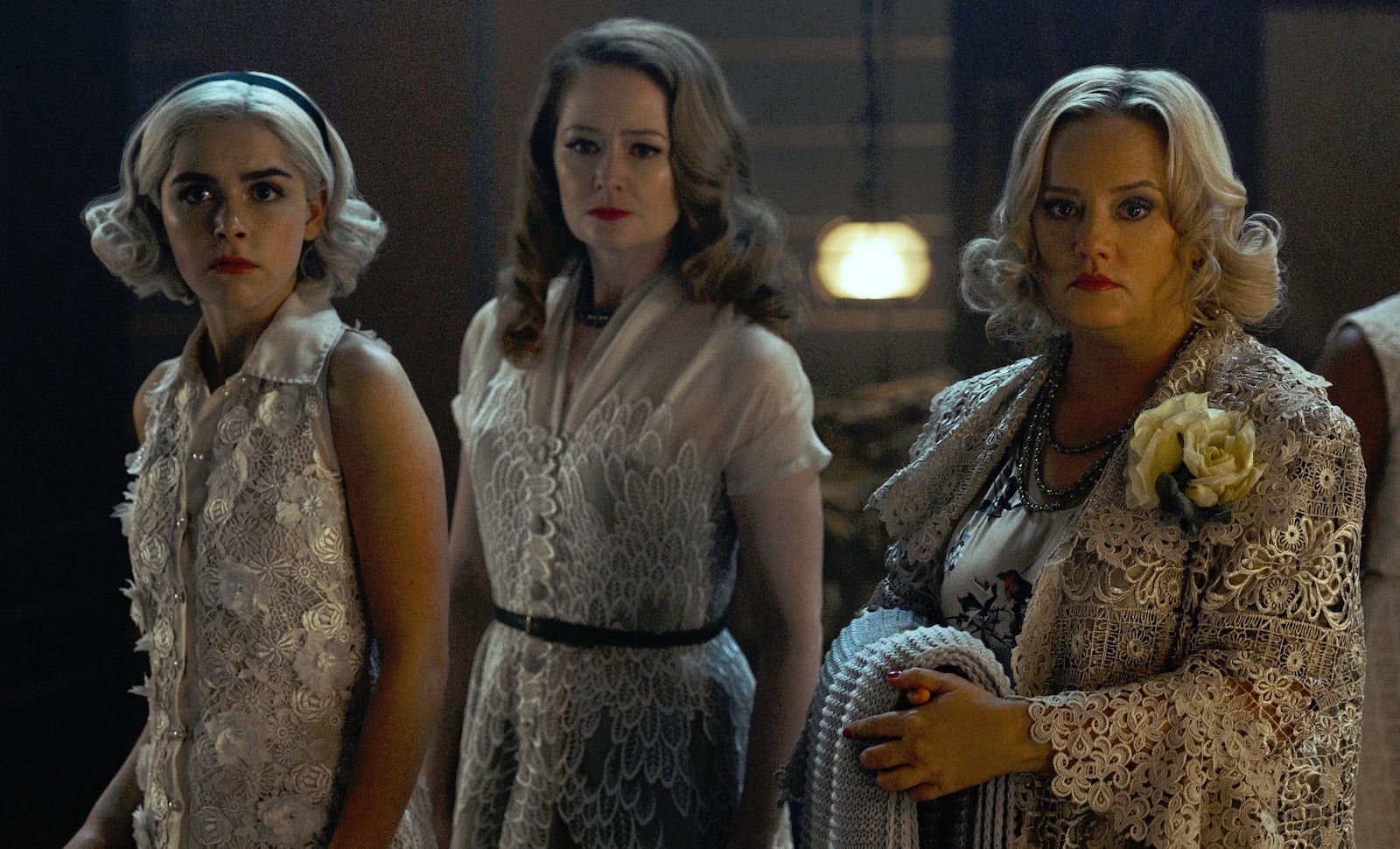 Throughout the final season of CAOS, Hecate comes in clutch various times to help the coven fend off the Eldritch Terrors, so Zelda clearly made a wise choice in selecting her to be their new goddess.

Chilling Adventures of Sabrina Part 4 is streaming on Netflix now.