Mennonites living in Belize exist apart from the government, with limited technology and surrounded by farmable land. 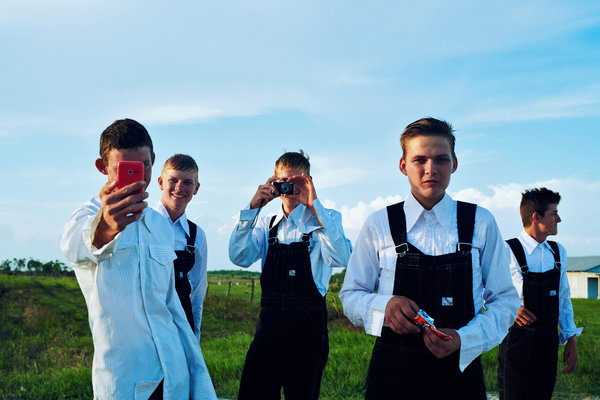 When Mennonites began moving to Belize in the late 1950s, they did so for the same reason their ancestors have migrated for centuries: to live in line with their religious beliefs, including the separation of church and state, pacifism and sustainability, without interference. That means apart from the government, with limited technology and surrounded by farmable land.

Mennonites, a traditionally sectarian Christian denomination, trace their roots to the Anabaptist wing of the Protestant Reformation. Today they number approximately one million worldwide, with most living in parts of the developing world, including Paraguay, India and the Democratic Republic of Congo.

Those in Belize, called Old Colony Mennonites, descend from the settlers of Chortitza, the earliest Mennonite colony in the Russian Empire. Their ancestors moved from the Netherlands and what is now Poland to present-day Ukraine in the 1780s, then to Canada in the 1870s, Mexico in the 1920s and, a few decades later, Belize.

An agreement with the country’s government checked off certain ideological boxes for them: They were able to negotiate exemptions from military service and given permission to establish private schools where lessons would be taught in their primary language, a Low German dialect called Plautdietsch.

The group left Mexico in the mid-20th century primarily for reasons of faith, but land was also a factor and now affords them some distance from outsiders. Consequently, the Belize Mennonite community has remained largely out of the public eye. But their way of life offers much for those dissatisfied with the realities of a hyper-connected urban existence to ponder.

Mennonites place great value on community and consider family to be a building block of the broader group. Their relationship to God is collective, rather than focused on individual salvation, though they may hope for that too.

The Mennonite belief that Christians should be “in the world but not of it” has fostered a sectarian ethos that prizes self-sufficiency and mutual aid within the group. Older children look after younger children; neighbors help each other fix farm equipment. The goal is to live as cooperatively and as peacefully as possible.

In Belize, Mennonites express themselves through dress and design, too. The plain styles of clothing that they may wear are highly regulated, though more loosely so for men, who often buy their clothing in stores.

Women, on the other hand, make most of their own garments and are expected to wear prayer coverings on their heads whenever they are in public. A generational shift in dress styles has slowly taken place, with bright colorful printed textiles replacing somber solid colors.

The group’s interactions with technology are also influenced by their communitarian ethic. It is often assumed that people who reject technology do so out of fear of its all-consuming nature, but the choice has more to do with skepticism and adherence to principle.

For instance, their rejection of cars for personal use is not because they believe motorized vehicles are inherently bad — they use tractors for farming — but rather their emphasis on the importance of community. If one were to have access to a car, one would be tempted to leave, but the limited travel range of horses and buggies keeps Mennonite settlements close-knit.

Of course, it’s 2018, so some Mennonites use smartphones for business, and sometimes those smartphones end up in the hands of their children. That members of these communities now have infinite access to the outside world in their palms means the Old Colony Mennonites could be on the cusp of a major shift.

Already there have been other signs of modernization, including the increasing number of Mennonites — both men and women — who are employed by outside businesses (factories, for example) rather than have the traditional, hyper-local occupations of farming, carpentry and mechanical work.

For many of them, life is still insular. But whether it remains this uncomplicated has yet to be seen.

Jake Michaels is a photographer in Los Angeles. He is working on two monographs that will be published in the spring. Daniel Shank Cruz is an associate professor of English at Utica College.

An earlier version of this article misidentified the location of the Mennonite colony Chortitza. It was in the Russian Empire, not Russia.