A baby who was born with a gigantic tumour attached to its spine has defied the odds after his parents refused to terminate.

Harry Morris's parents, Maria, 27, and Jack Morris, 25, from Leigh, Wigan, claim they were advised to terminate their pregnancy after discovering that Harry had a rare tumour. 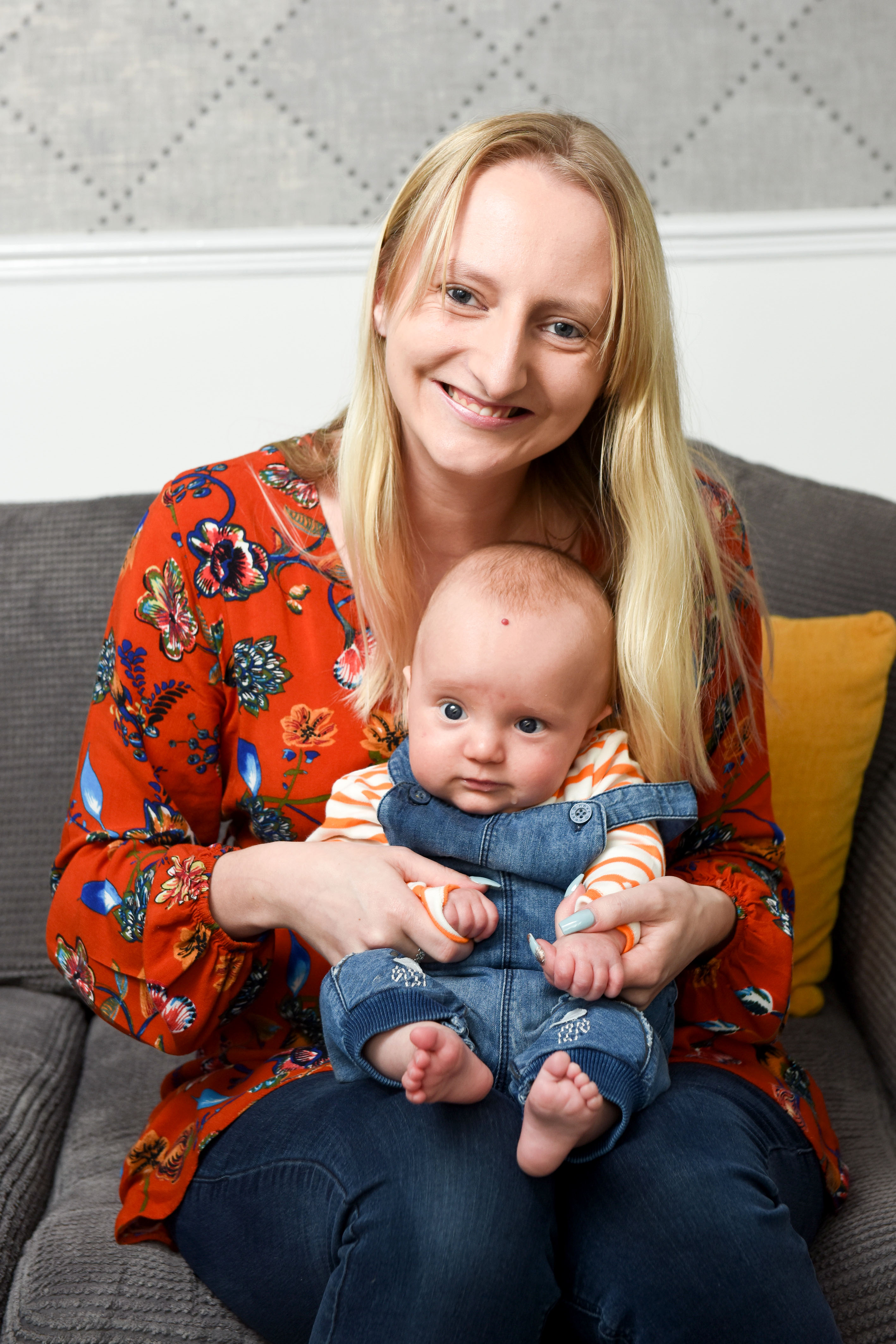 Maria went for a private scan last June to determine the gender of the baby, but medics found a tumour – which was the size of a grapefruit – attached to Harry’s tailbone.

Maria then claims she was told the odds of Harry surviving were slim as the tumour was affecting his blood flow and could strain his heart.

Maria, a customer service adviser, said: "Harry’s tumour was nearly as big as him when we saw it on the scan, I was so shocked.

“The midwife referred me to a specialist who basically said there was no hope for the baby as they were worried about the strain the tumour could be putting on his heart. 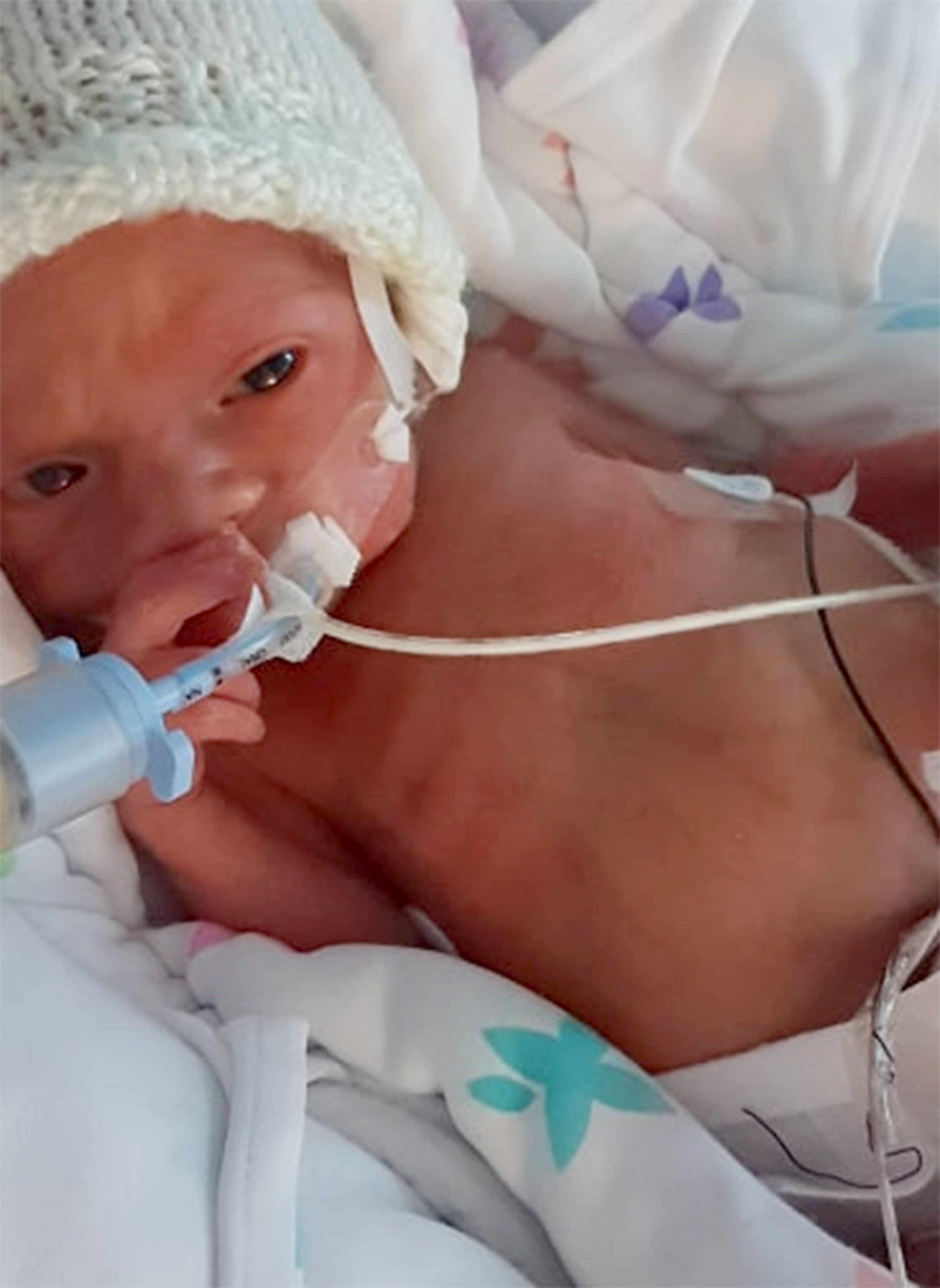 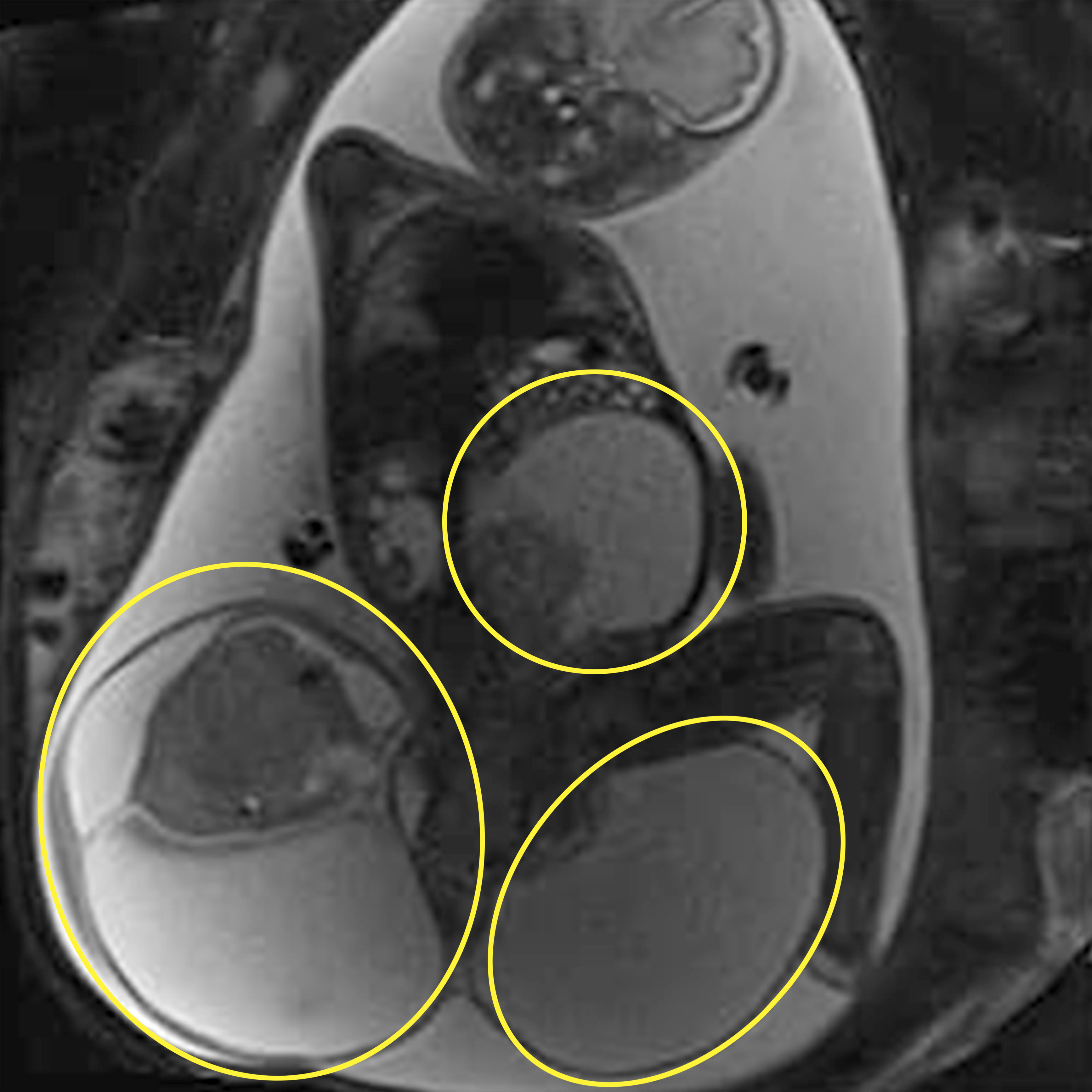 "They then advised that termination may be the best option, so it wasn't a great start to the pregnancy at all.

"His legs weren't moving and the consultant couldn't see anything below the chest in regards to the baby's vital organs – it wasn't looking very optimistic.

"Both myself and Jack are against termination however, so the head midwife referred us to St Mary's Hospital so I could continue the pregnancy and so it could be closely monitored."

It was after another scan that Maria and Jack were told that Harry had a teratoma tumour – a mass of different tissues such hair, muscle or bone – which was growing both internally and externally on Harry's tailbone. 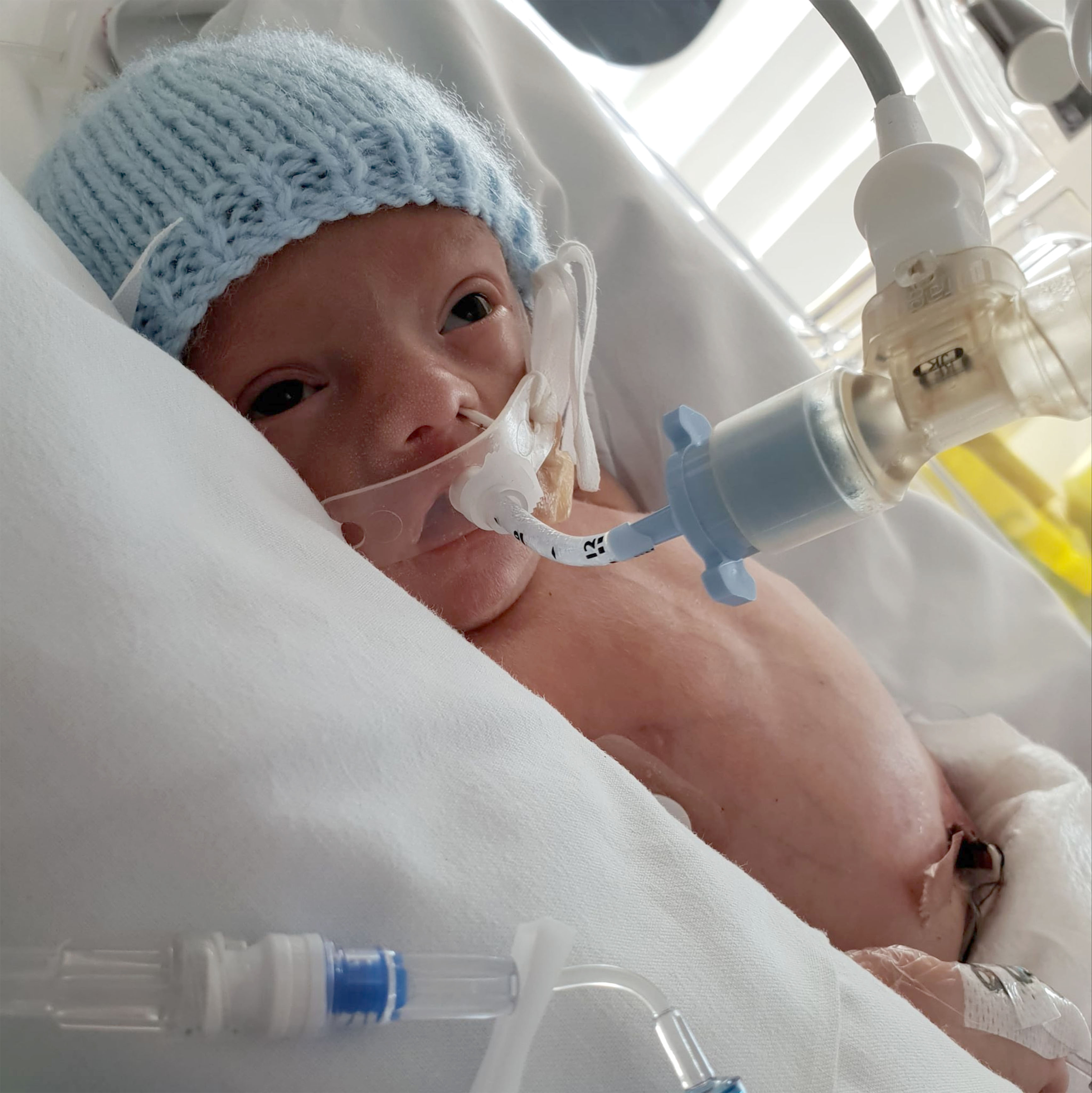 Maria added: "When they discovered it was a teratoma tumour, they wanted me to undergo an MRI scan.

"I went back two weeks later to Sheffield University Hospital for the scan and the tumour as doubled in size in that time – after that I was going to hospital every two weeks to track the tumour's process.

"He was going to have surgery while still in the womb but in the end he didn't need it as his heart was considered healthy enough to wait until after he was born which was a huge relief." 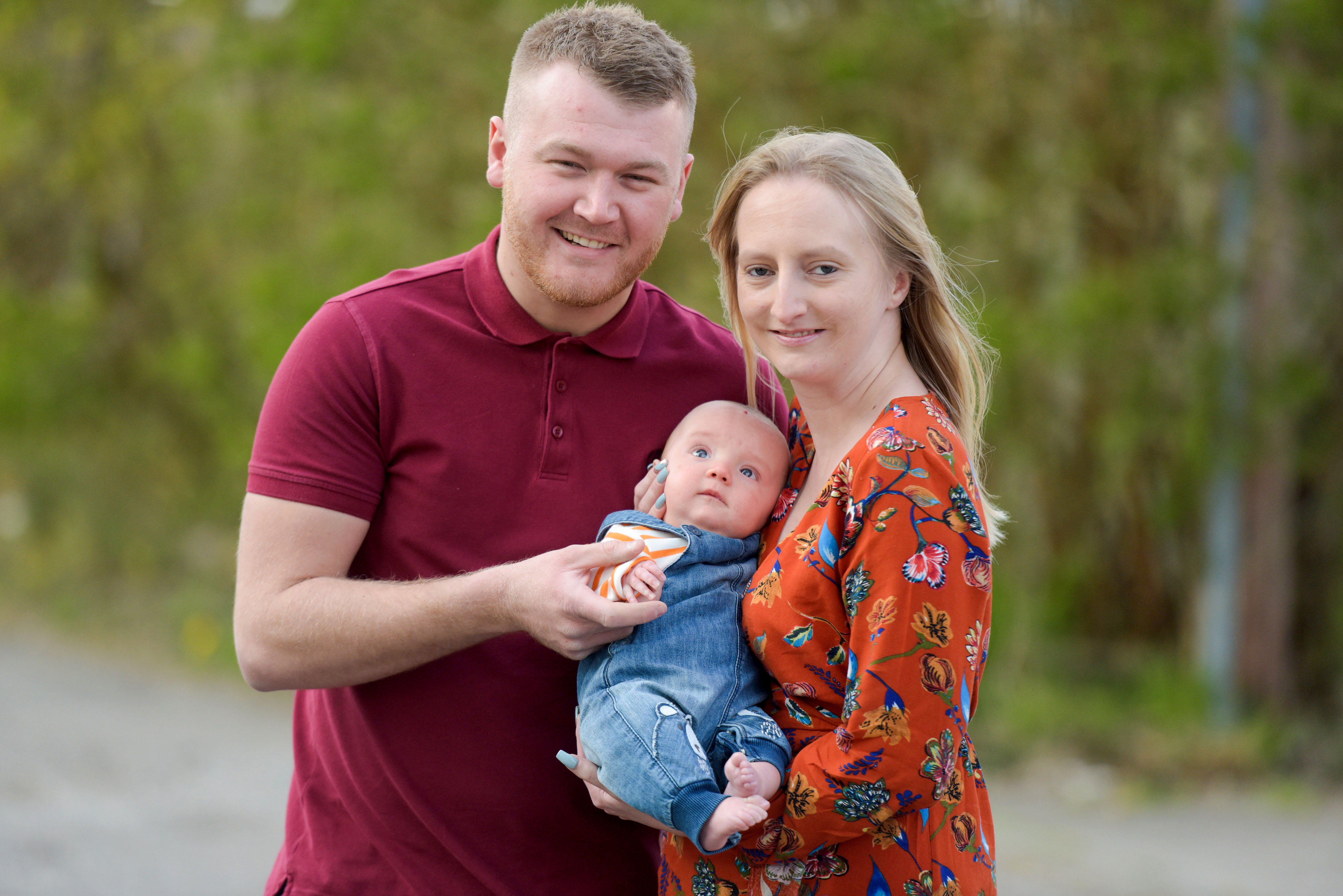 Maria was due 6 December but, after having contractions on the 8 October, gave birth to Harry via C-section on 9 October, 2018, due to the size of his tumour.

There were concerns over Harry's chances of survival after birth due to the fact he needed to be able to breathe on his own to undergo surgery to remove the teratoma tumour.

In addition to this, they didn't know the damage the internal tumour may have done to his vital organs.

Harry’s tumour was nearly as big as him when we saw it on the scan, I was so shocked

Maria said: "Despite Harry being born earlier than expected, I was told his lungs were perfect for a premature baby which was such a relief to hear.

"With that in mind, he underwent a nine hour surgery to remove the tumour when he was just two hours old.

"It was hard having him taken straight off me when he was born, but I knew it would all be worth it in the long run."

Harry was then in the hospital for six weeks whilst Maria and Jack stayed in the Ronald McDonald house nearby. 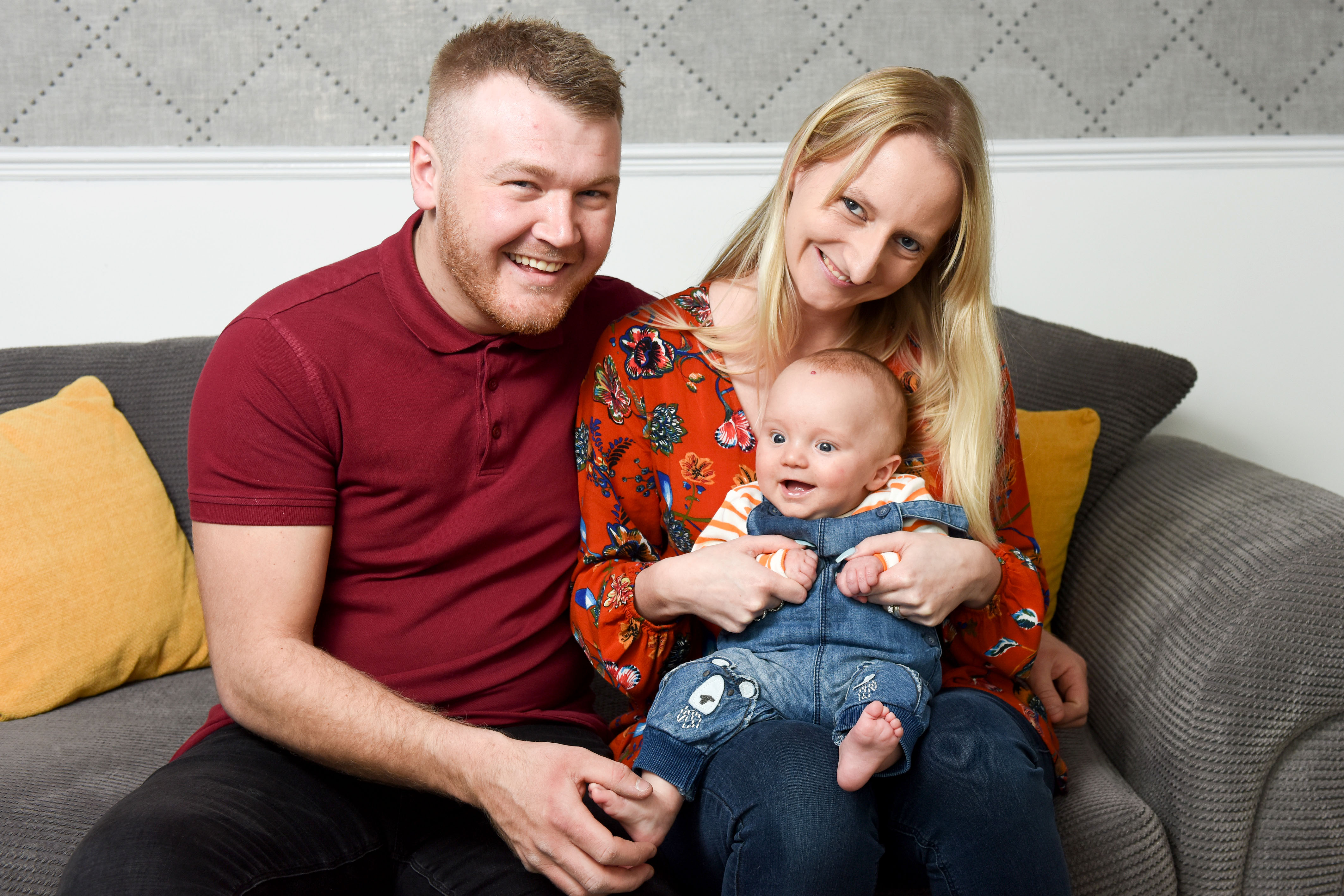 Whilst carrying her son, doctors had to drain any excess fluid from Harry's tumour, but luckily when more fluid appeared after birth it went away naturally.

Fortunately, after tumour was sent off for testing, it came back negative for any cancerous cells – the main damage caused was that it had push Harry's organs upwards due to its size.

Six months on, Harry is healthy and happy and meeting all the milestones a baby of his age should be.

Mum Maria said: "Jack and I are over the moon to have Harry with us – we're so lucky that he's been OK after the ordeal.

"The St. Mary's Hospital and the Ronald McDonald children's home were fantastic is helping us getting our little boy home."

In other real life news a bride has swapped her engagement photos for a heartwarming shoot with her dad who was dying of cancer and wouldn't make it to the wedding.

And a mum has praised a £5 'miracle' cream for healing her baby's bleeding eczema that left him constantly fighting infections.