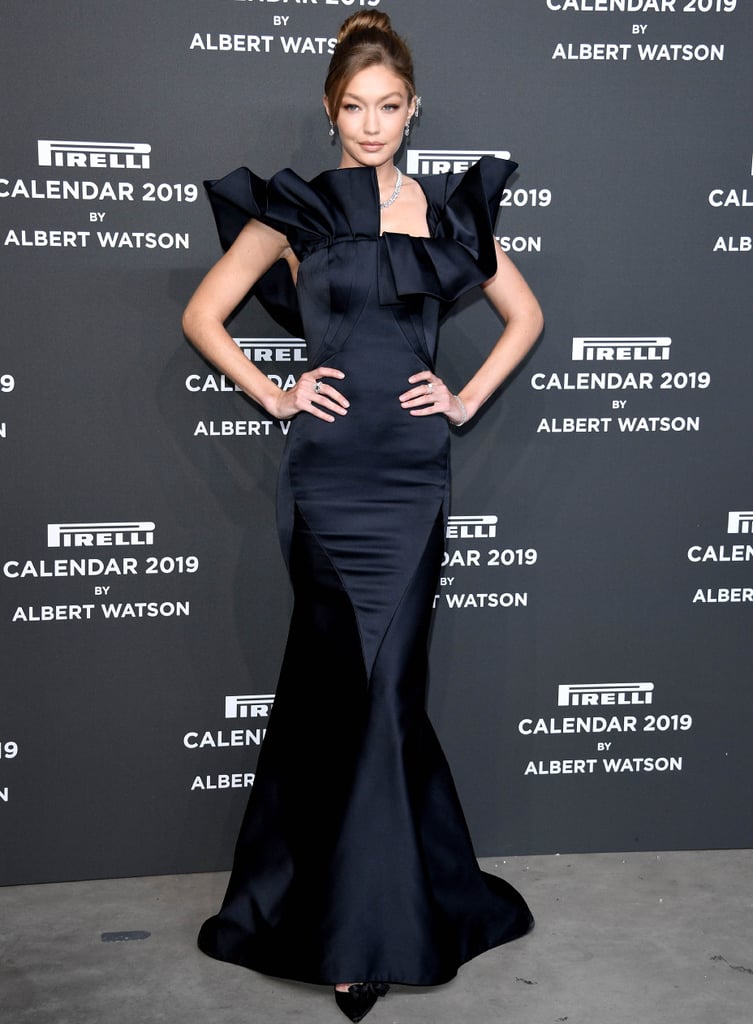 Gigi Hadid celebrated the 2019 Pirelli Calendar, on which she stars alongside Alexander Wang, at a red carpet event in Milan. Posing with famed fashion photographer Albert Watson and spinning around for the cameras, the supermodel looked elegant as ever. Gigi was working a Fall ’18 Zac Posen gown with voluminous sleeves, a mermaid fit, and a forgiving neckline, so she could better show off her Chopard diamonds.

While the satin, midnight number swept the floor, we were still able to see Gigi’s adorable bow heels peeking out from underneath the train — a surprising touch, and one you might not notice right off the bat. While we may not all have black tie events in the pipeline this holiday season, we can take a tip from Ms. Hadid and add some embellishment to our shoes. Read on to zoom in on Gigi’s footwear, then shop some similar pairs, and finally, get an all-angles look at her appearance.