A WEDDING guest has been called out for being “tacky” and wearing a white dress to her sister-in-law’s wedding – after rejecting her invite of being a bridesmaid.

An unnamed bride, from Australia, vented on Reddit how her husband’s sister arrived at the wedding in the controversial outfit. 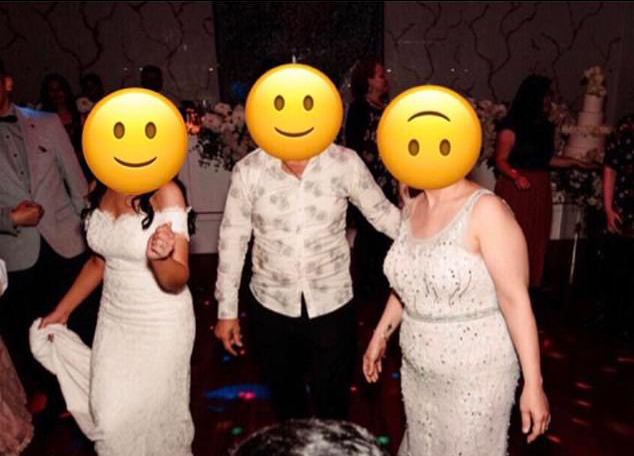 The woman claimed that the sister-in-law had declined her offer of being in the bridal party and had avoided helping with the planning.

She was also upset that her husband’s sister had thrown a large birthday party for her one-year-old child the week before the nuptials.

The bride shared photos of her standing next to her sister-in-law wearing the white dress.

She wrote on Reddit: “My relative who flew in from overseas to attend my wedding wore a full white beaded gown.”

One Reddit user was quick to support her and say: “You look stunning. Her dress doesn't look particularly nice or flattering. I hope you had a wonderful wedding and didn't let her put a dampener on the day.”

The bride replied that she had opted for a “simple gown costing $400AU (£211)”, and said in her Middle Eastern culture, many guests wear “insane gowns and go over the top”.

She said she expected her sister-in-law to try and out do her, but was shocked at the lengths she went to wearing white.

The bride added she had been dress shopping with her relative, and at the time she had bought a “velvet navy dress with a huge train, off the shoulder plunging” which had cost more than her wedding dress.

She continued: “She didn’t contribute to any of the wedding planning and even said no to being a bridesmaid.

“She even got funny about her son being our ring bearer and told me that it could only happen under very specific circumstances.

“This is also after she was just a bridesmaid for her sisters wedding, and me and my then-fiancé took care of her two young kids the entire day. Pretty sad? But maybe I'm reading into it?”

Shocked Reddit users took to the comments with their thoughts.

One wrote: “The dress and the woman look tacky; you look lovely.”

Meanwhile, one wrote: “You look lovely, congratulations on your marriage. I hope it's a long and happy one. I don't think the relative's dress out stood you at all. It's very ill-fitting. Tight around the tummy and doesn't suit her (sic).

“You absolutely shine. I'd be ropable had anyone worn white to my wedding though. Bad attempt at out-shining the bride this time.”

We shared how a bride stunned people by sharing the white dress her mum is planning to wear to her nuptials – but says she doesn’t mind.

Plus this couple were slammed for sending out an expletive-ridden wedding invitation to their friends and family.

While this Disney-mad bride splashed thousands on her big day with references to her favourite characters throughout the ceremony.