A MUM who splashed hundreds of pounds on treatments to try and get her baby to sleep through the night has hailed a £10 sleep spray as the answer.

Emily Pritchard, 26, prepared herself for sleepless night after son, Jesse, was born, but the tot woke up every two-and-a-half hours like clockwork – for months. 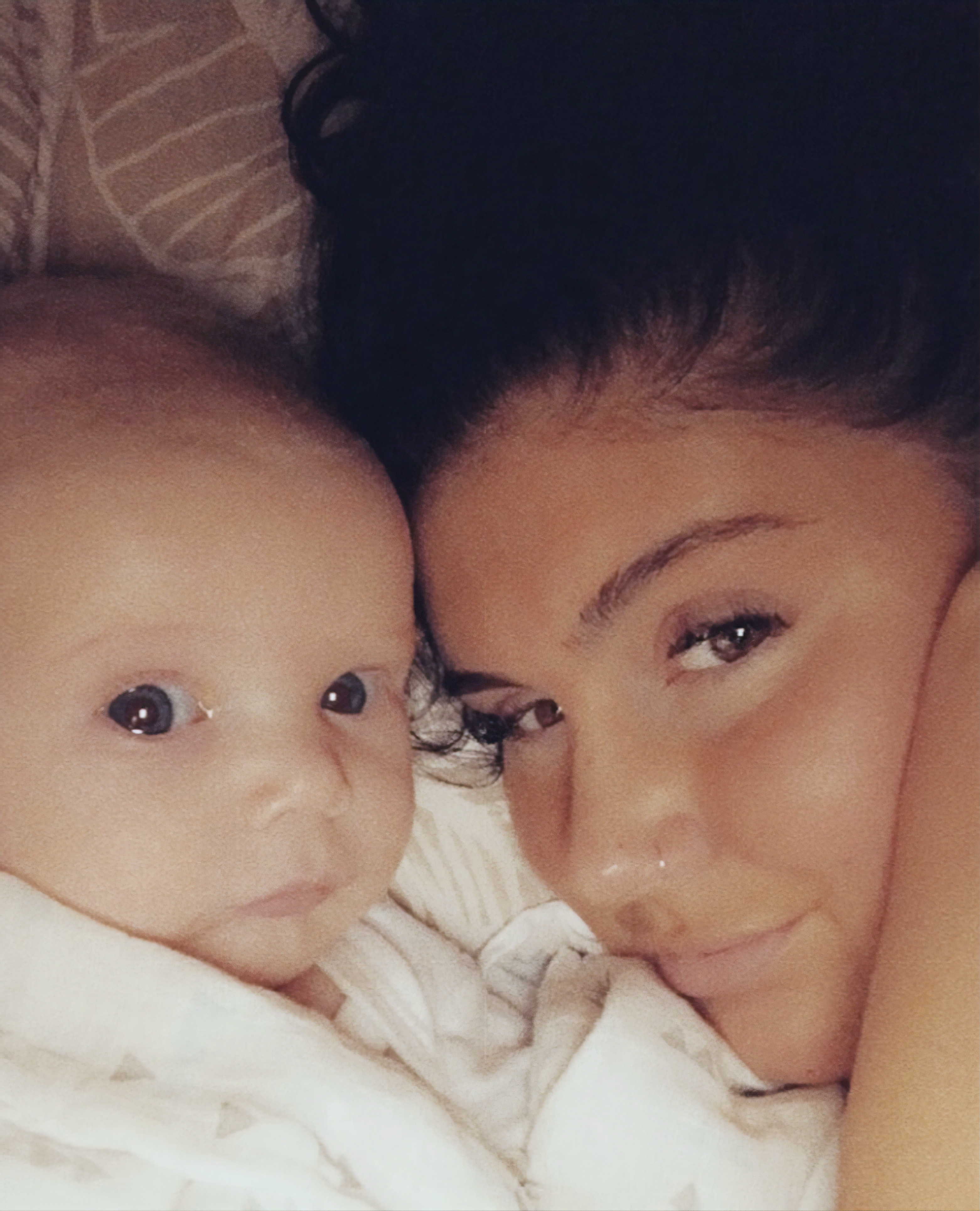 By the time he was four months old, Emily and partner Ross Jewitt, 31, a carpet fitter, were at their wit’s end after not having a full night’s sleep in weeks.

Emily, a salon manager, said she felt “like a zombie”, and stayed in her pyjamas all day as she was SO exhausted.

Despite people telling them Jesse’s, now five-months-old, sleep pattern was normal, Emily was convinced something was wrong.

She forked out £100 on a course in cranial osteopathy, played white noise and tried to get Jesse to sleep on his side as she desperately searched for a way to get her baby to sleep. 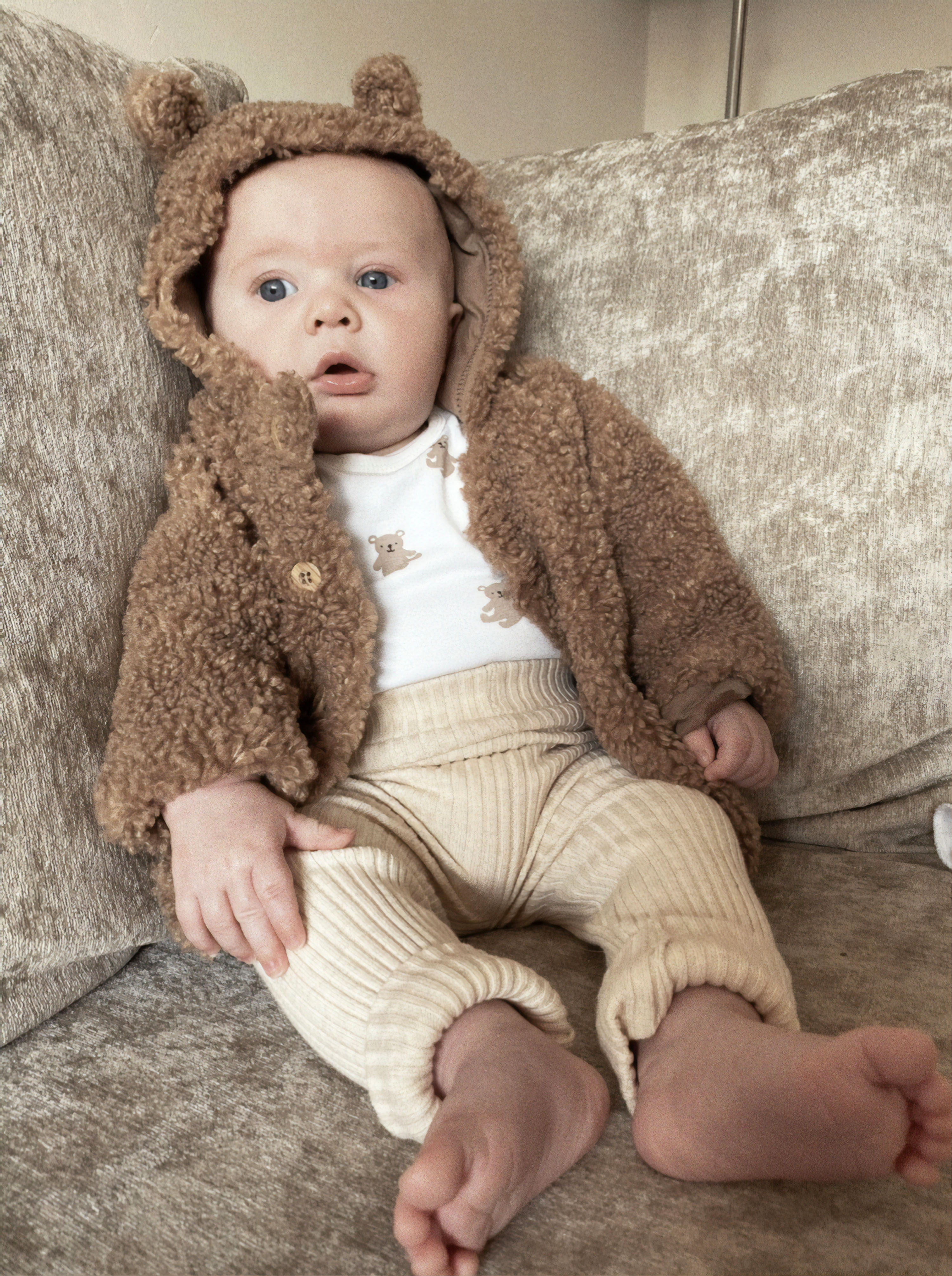 “I got a big shock when I brought Jesse home.

“He was waking up every two and a half hours, so I would be up three or four times a night.

“I was like a zombie and stayed in my pyjamas all day – it was exhausting.

“Ross was getting up for work completely shattered and Jesse was miserable, whingy and upset because he was so tired. 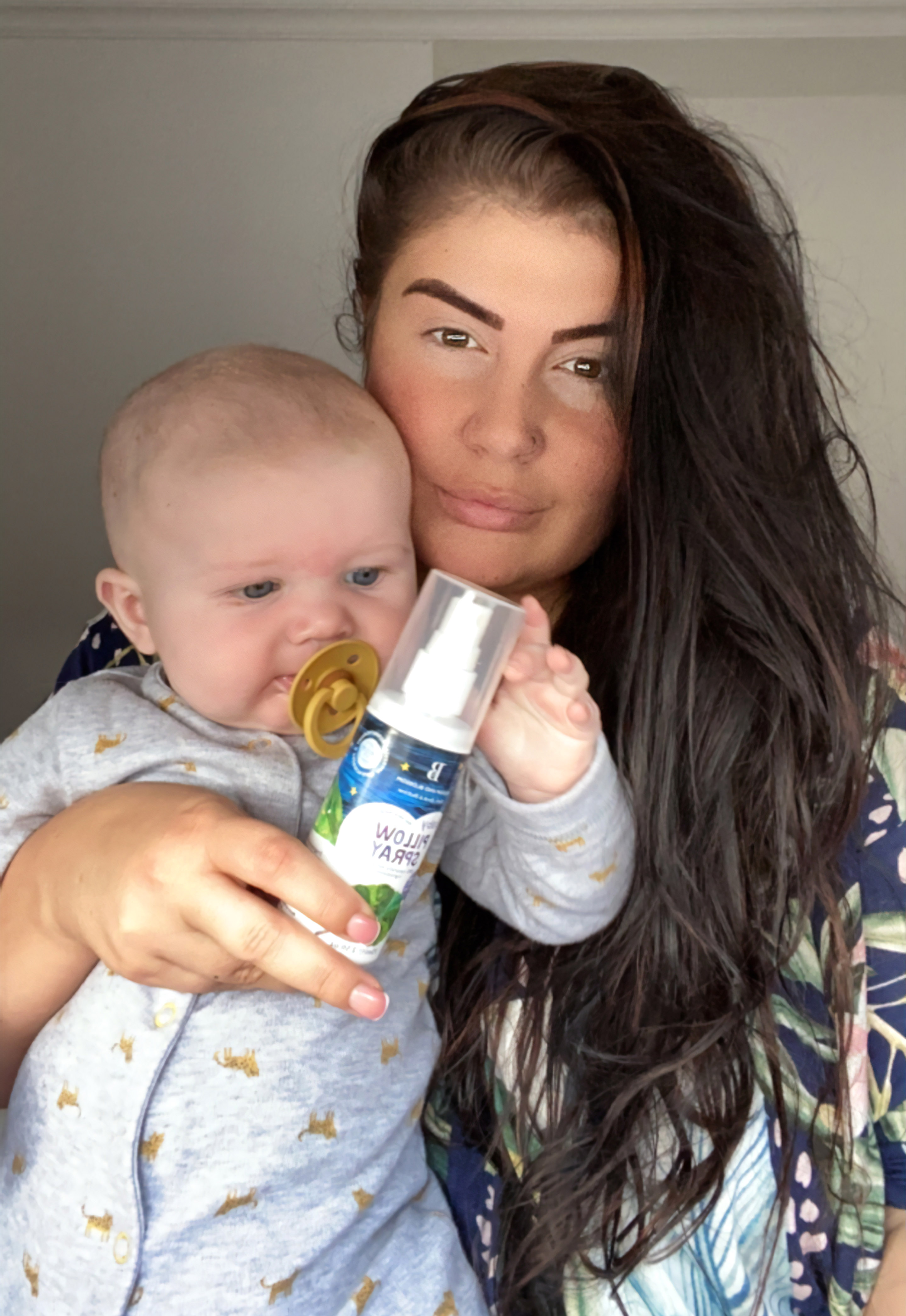 “Lots of people told me it was normal for the first couple of months, but it was still happening in December, four months after he was born.

“I genuinely thought something was wrong with him: I even took him to the doctors.”

After trying pricey treatments with no luck, Emily asked for advice on social media, and her sister-in-law recommended a £10 sleep spray. 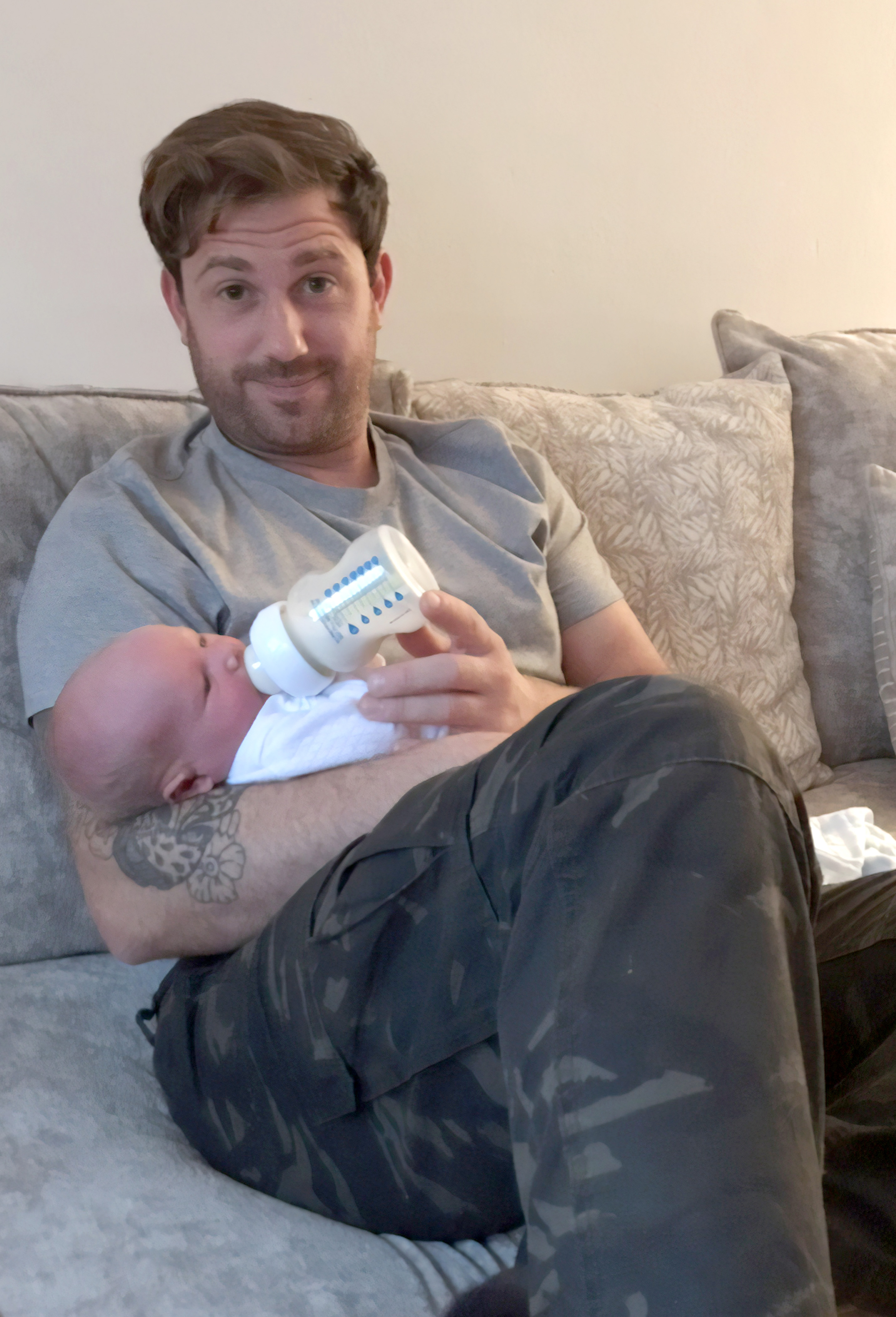 Emily was dubious, but tried it out as she had nothing to lose.

The new mum said: “The first time I used it, it was like magic. He slept through the whole night for the first time ever.

"I woke up three or four times that night just out of habit, but every time I checked Jesse he was fast asleep.

"The following morning I woke up and checked the time. I couldn’t believe it when I realised he’d slept for 10 hours.” 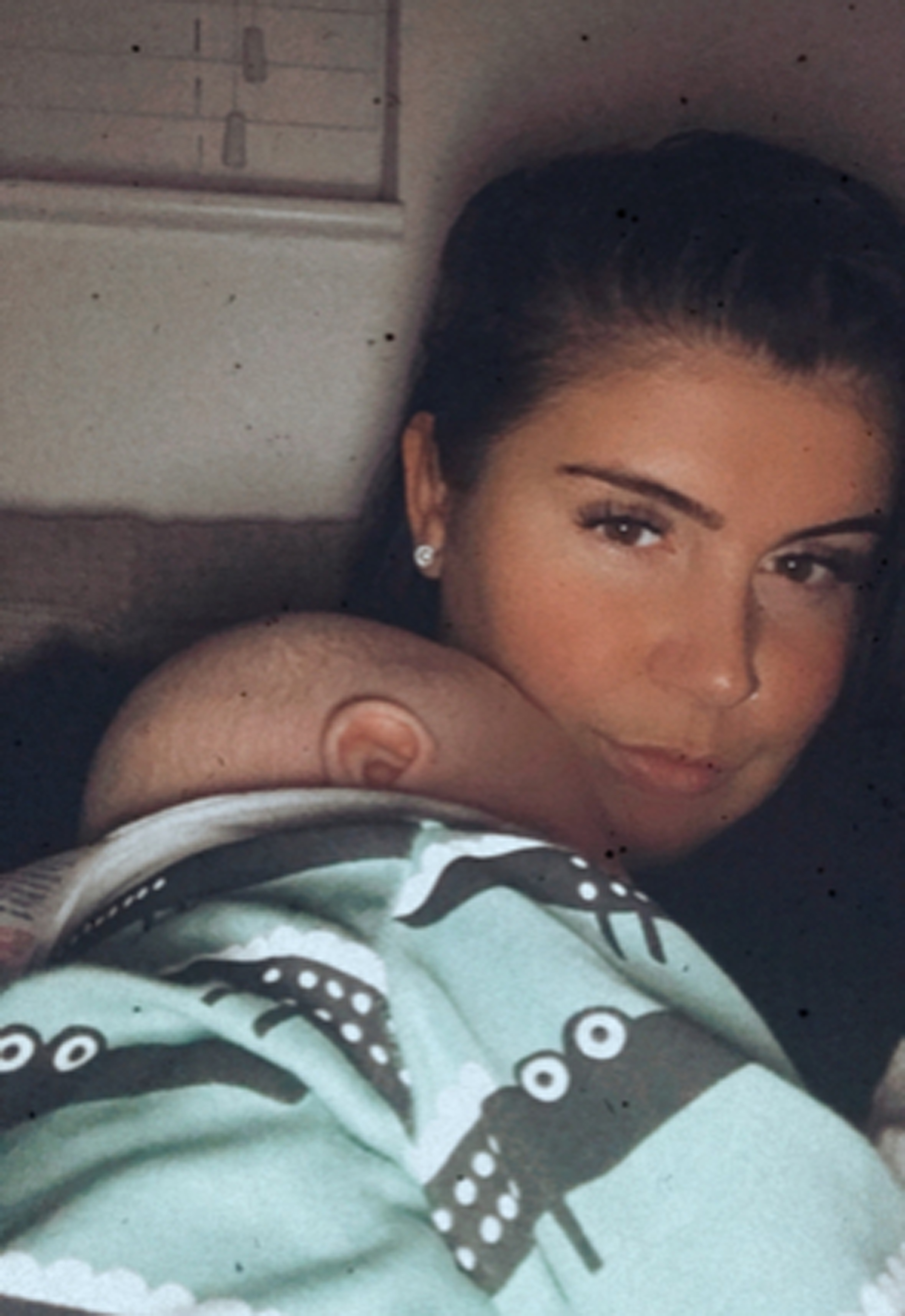 For the first time in his life, Jesse slept through the night, but Emily wasn’t sure if it was a one-off, so she used the spray again the following night.

To her amazement, she said: “The second night I thought ‘this is the test’ but he slept through for eight hours, and he has slept through every night since.

“I now use the spray religiously.

“I don’t want to stop using it in case he wakes up again.” 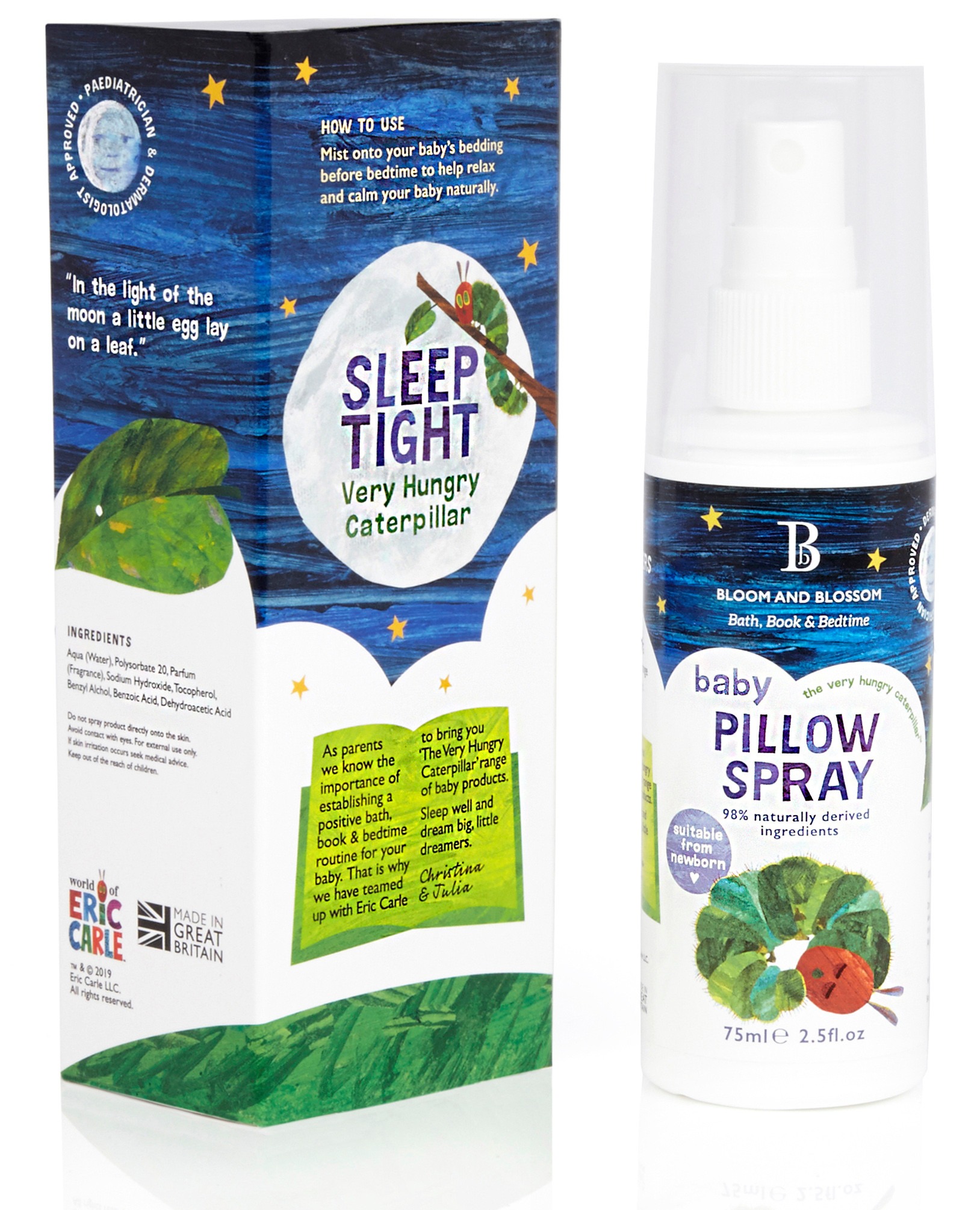 Jesse now sleeps from 10.30pm until 8am, and Emily and Ross have finally managed to get some shut eye too.

Now back at work, Emily said: “When I was exhausted, I was not enjoying parenting.

“Being a new mum, I felt like I wasn’t really there because I was so tired.

“Now, Jesse has completely changed – he’s so smiley and happy.”

And Sue Radford is to be a gran again after daughter Millie, 18, announces her pregnancy as the supermum prepares for her 22nd baby.

Plus this mum hit back after being lunchbox shamed for prepping her five-year-old daughter’s meals days in advance.

Meanwhile this mum shared her hilarious reaction when she did the school run – but forgot her kids at home.