A STUDENT has told of her heartbreak after she discovered she can’t have children after going through the menopause at just fifteen.

Sheree Hargreaves was diagnosed with Primary Ovarian Insufficiency (POI), where a woman’s ovaries stop working before they reach the age of 40. 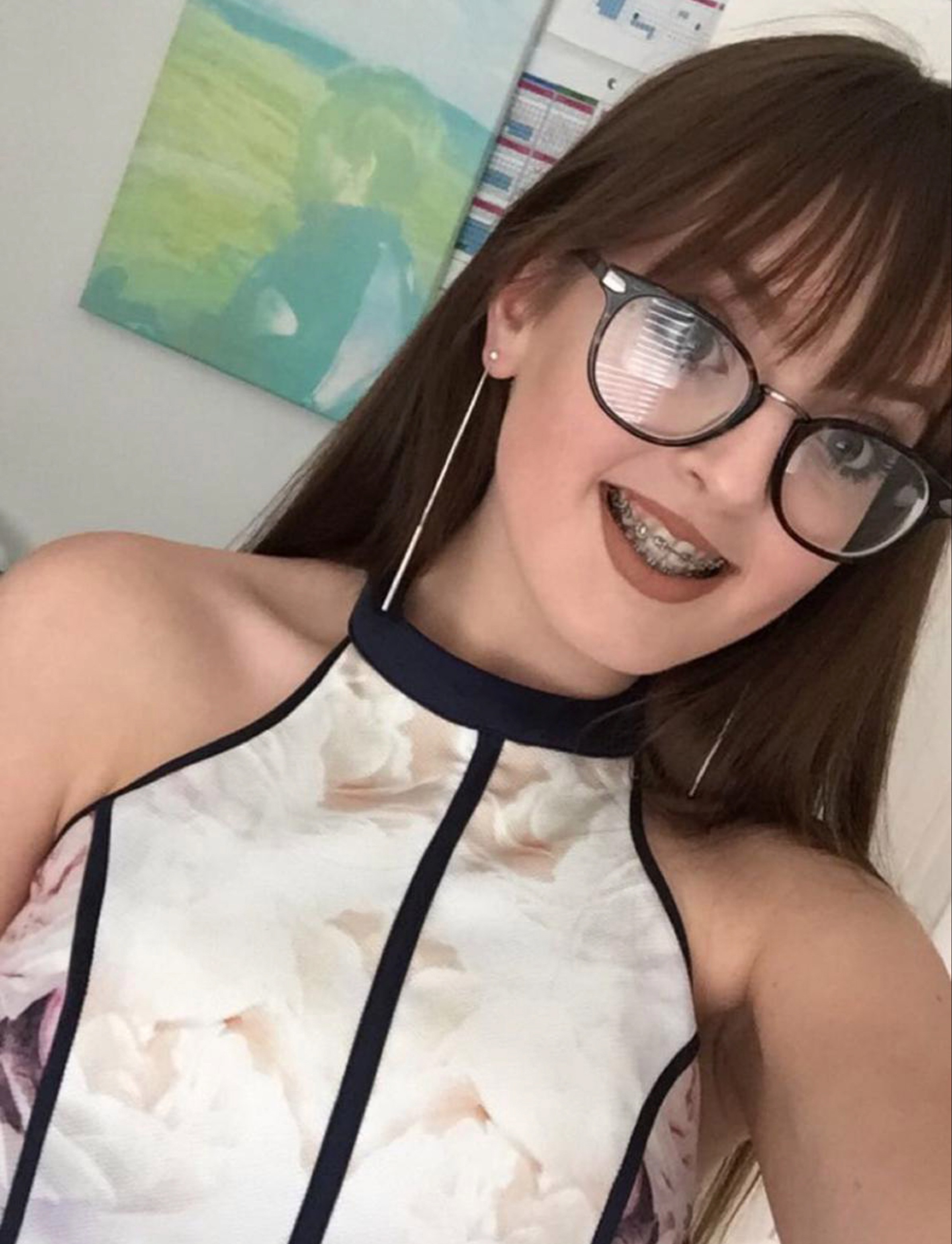 The teenager kept the shocking news a secret for years as her dreams of becoming a mum were shattered.

Now at the age of 19, Sheree has become more open about her condition, but says she still gets hot sweats in lecture theatres while studying philosophy and sociology at the University of York.

She said it was “earth shattering” to learn she couldn't have children when she was “just a child” herself. 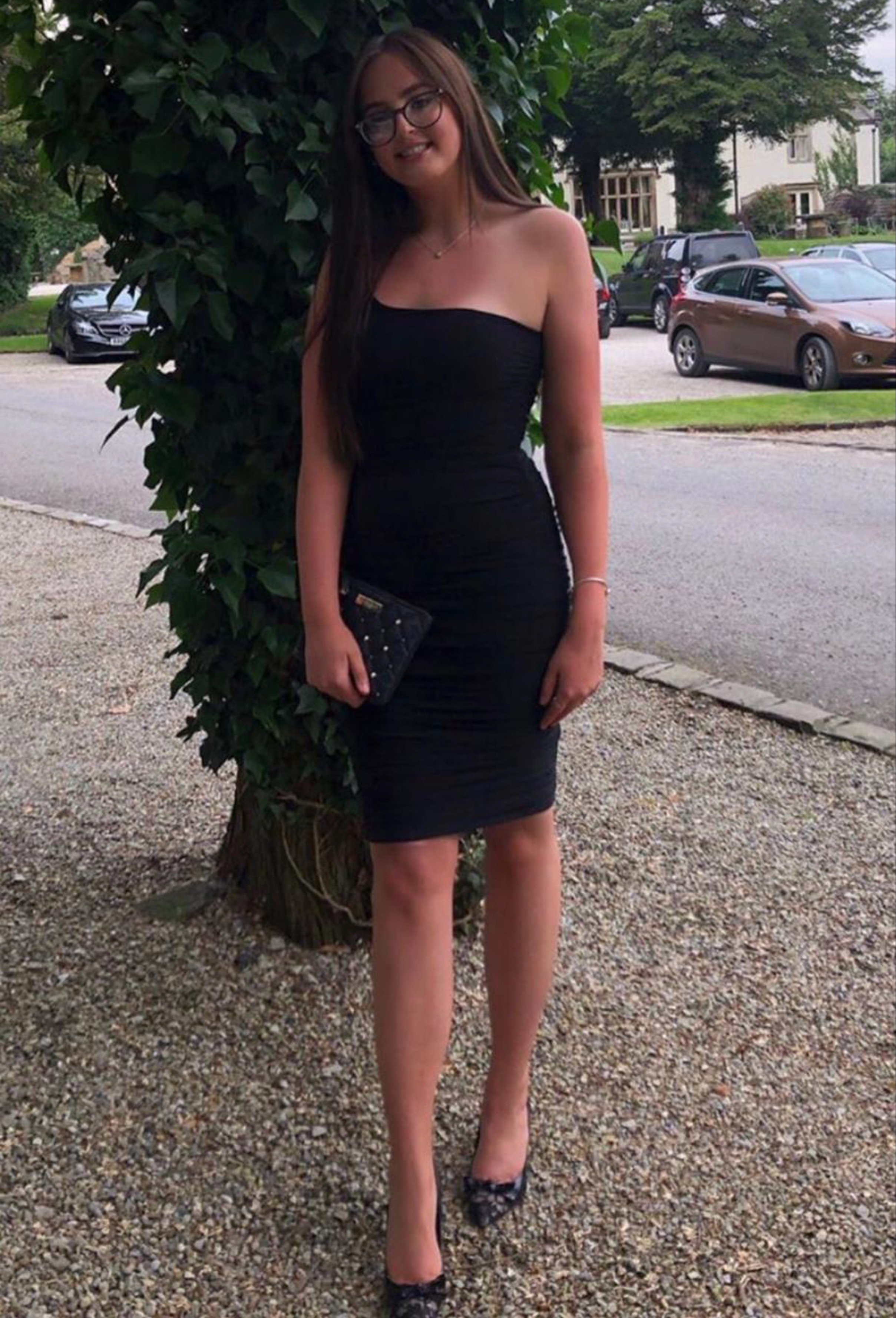 “Not being able to have children naturally worried me a lot when I was younger so I wanted to keep it a big secret.

“Whenever my friends had their periods I used to carry pads and tampons around and pretend I was on mine as well just to try and fit in.

“I never really raised an issue but when I was 15 I went to the doctors and they were quite shocked that I hadn’t started yet.

“I never knew when the right time was to admit that I can’t have children – I was always worried about leading someone on.” 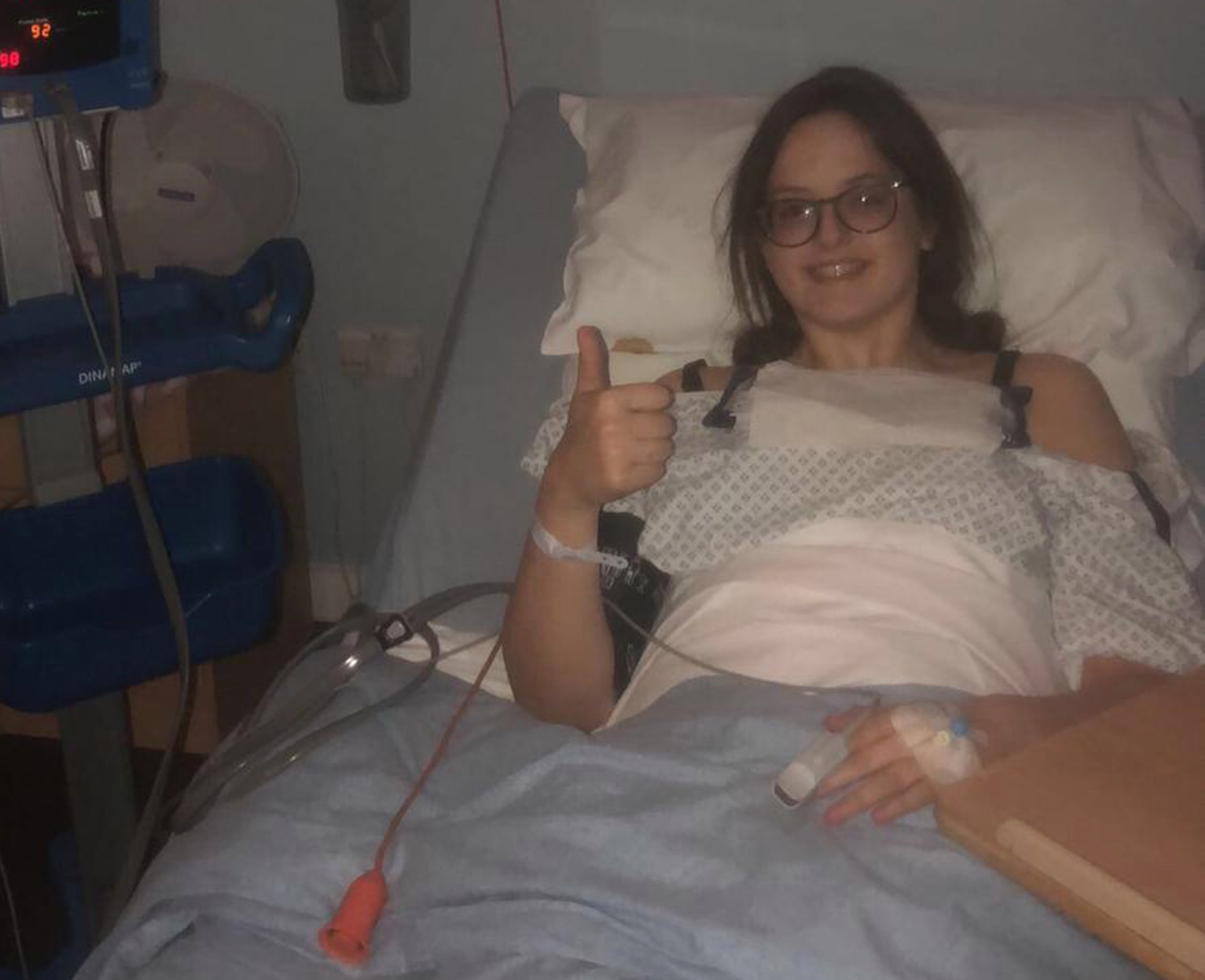 Sheree said it took her four years to tell her closest friends and family – with just her mum and dad knowing since her diagnosis.

She added: “Lockdown helped me get to the stage in my life where I felt comfortable to tell people like my brothers and sisters because I got to sit down and think about it, away from my busy uni life.

“It made me want to discuss it more openly because when I was 15 I would have loved to have heard someone spread awareness about early menopause and make it seem like it’s a bit more normal than I thought it was.”

At first doctors tested Sheree for a brain tumour when discovering she hadn’t started her period.

Results from the CT scans were clear but blood tests revealed that she had extremely low oestrogen levels – a key sign of early menopause.

What is early menopause?

“Treatment is usually in the form of HRT or the Pill, both of which increase the oestrogen levels in the body. If you still have a uterus, it’s important that a progestogen is combined with the oestrogen.

“When you take oestrogen the lining of your womb can build up. However, taking progestogen completely reverses this risk."

She said if you are still having semi-regular periods, then you will be given a type of HRT that gives you a monthly period for around a year.

Dr Louise added: "After that, this can be changed to a type of HRT that does not lead to periods occurring.

“Some women also need to have testosterone too which can help with libido, mood, energy and concentration.

“It’s important if you’re suffering any of these symptoms to get to your doctor and ask for your follicle-stimulating hormone (FSH) levels to be tested.

“Guidelines from Nice advise that two FSH blood tests are done four to six weeks apart so if you’re not offered that, you need to ask why.”

Medics told her that she had actually begun losing her ovary follicles at the age of six, which they said was when she would have started the menopause.

Sheree was diagnosed while taking her GCSE’s and said she had to push it to one side in order to focus on her exams.

She said: “I’ve always wanted children so looking at my ultrasound and knowing there would never be a child growing in my womb was absolutely heartbreaking.

“The reason why I was most upset was because the cause of my POI is unknown – doctors think it’s genetic but they’re not too sure.” 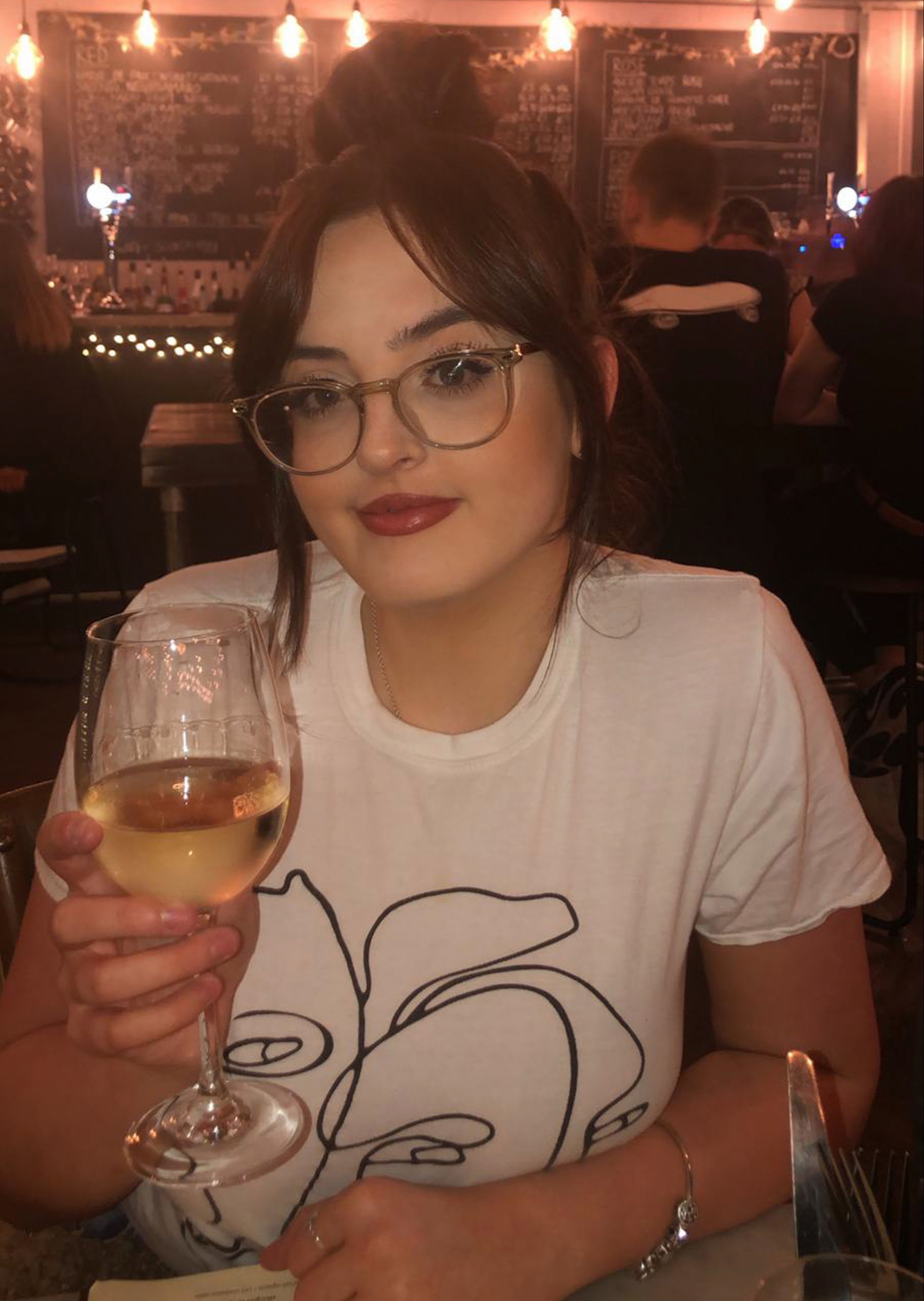 During her early teens, Sheree said she would suffer from night sweats and hot flushes.

After the diagnoses she said these symptoms made a lot more sense.

Sheree now attends university and lives her life to the full, although says sometimes she needs to take time out more than others.

Sheree said: “On certain days I feel like a grandma and have to stay in bed because of my symptoms so at first POI held me back at uni.

“I sometimes come out in hot flushes in lectures so I dress like I’m expecting it by carrying around a jumper but wearing summer clothes in the winter.

“But now it doesn’t stop me from pulling on nights out and having a good time – I’m quite the big flirt.

“I’ve stopped worrying so much about infertility because it’s a tiny part of me and there’s other options out there for me.

“Boys who I have told aren’t too fussed about it – a lot of boys in uni are probably just happy that if we have sex I won’t get pregnant.” 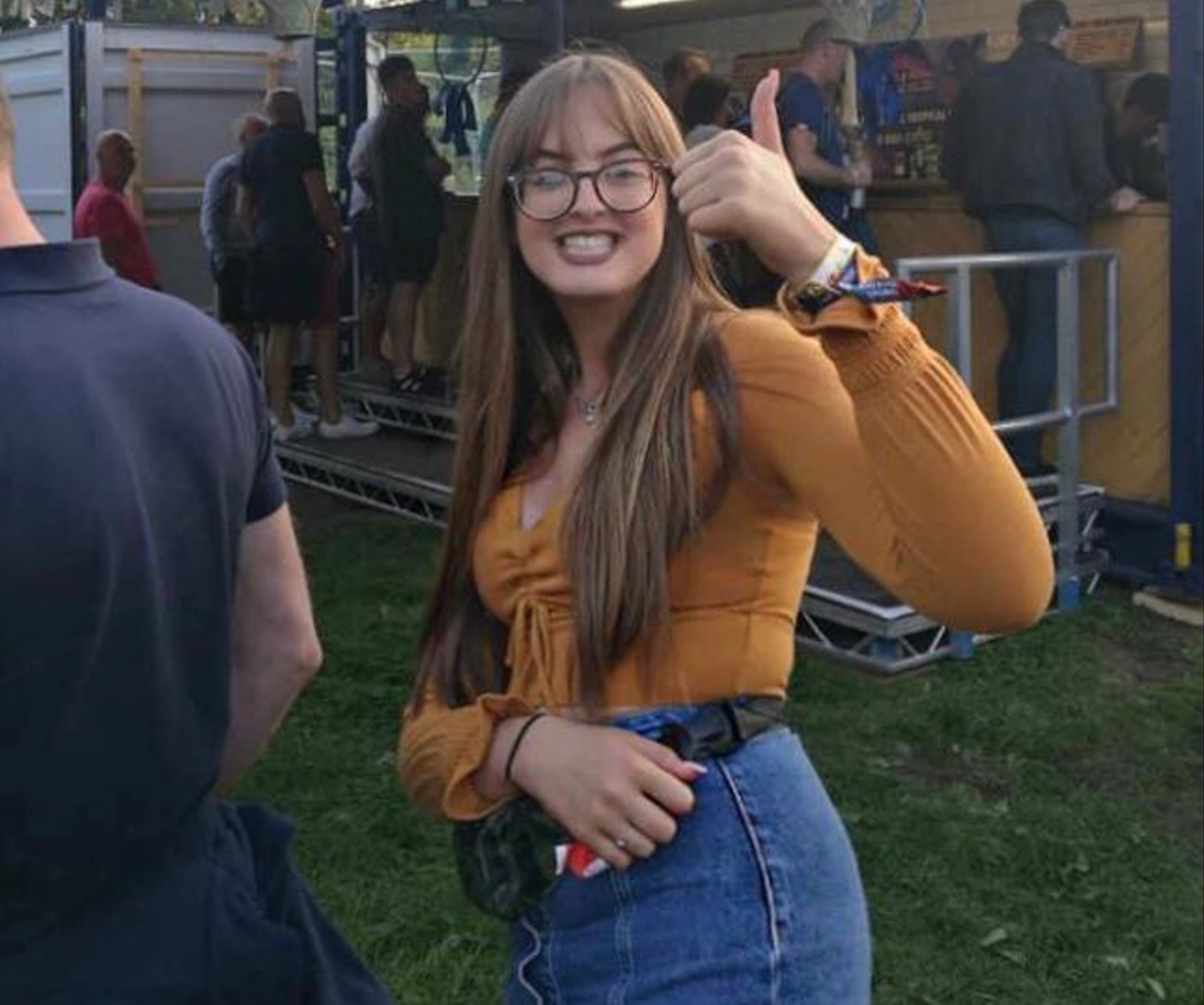 Sheree now shares tips to others and said she has talked to a lot of older women who can’t believe what she is going through.

She added: “I’ve helped them with their own sex lives because when you’re young you’re meant to be in your prime, especially at uni going out, so I’ve had to learn different things about ‘down there’ than others.

“I really want to go into schools and talk about it because I think girls at a young age should be prepared with some knowledge of infertility options if they find out they can’t get pregnant.”

A spokeswoman for Daisy Network, a for POI charity, said: “Premature Ovarian Insufficiency happens when the ovaries stop functioning before the natural age of menopause.

“This means the ovaries no longer produce eggs and are unable to produce the hormones estrogen and progesterone which are really important for women's health and wellbeing.

They added that POI can be caused by autoimmune conditions, cancer treatment, surgery or a genetic cause.

"However for 90 per cent of women diagnosed with POI, the cause is unfortunately idiopathic, meaning there is no known cause and it happens spontaneously.

“Getting a POI diagnosis means that because there is an extremely low chance of ovulation, IVF with egg donation is the suggested route to pregnancy.

“It is also necessary for women to take Hormone Replacement Therapy up until the natural age of menopause, to get those vital hormones they are lacking in order to support bone, brain and heart health.”