A SAVVY bloke has revealed how he made Christmas dinner for a family of four for just 50p a head thanks to his bargain buys and clever shopping habits.

Alasdair Baker managed to nab all the ingredients of a festive feast by looking out for yellow sticker reduced item, with his best item being a turkey crown reduced from £7 to just a quid. 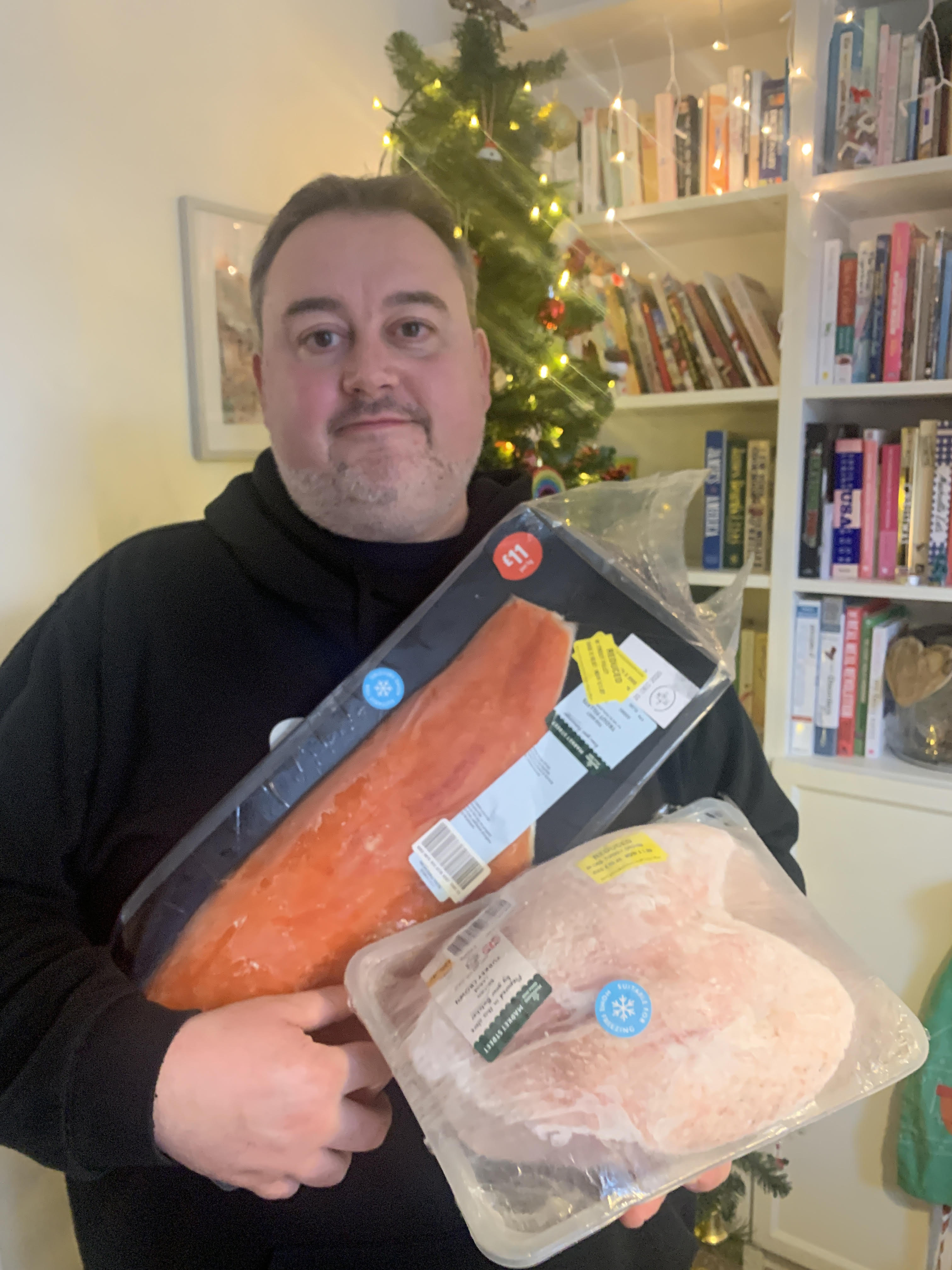 The part-time supermarket worker kept an eye out for all the reduced items in his local Morrisons, where he stacks shelves, buying the whole feast for a total of just £2.

He also gets an additional staff discount of 15 per cent.

With all of the items reduced to clear because of their fast approaching use-by dates, Alasdair has kept his bargains fresh in the freezer. 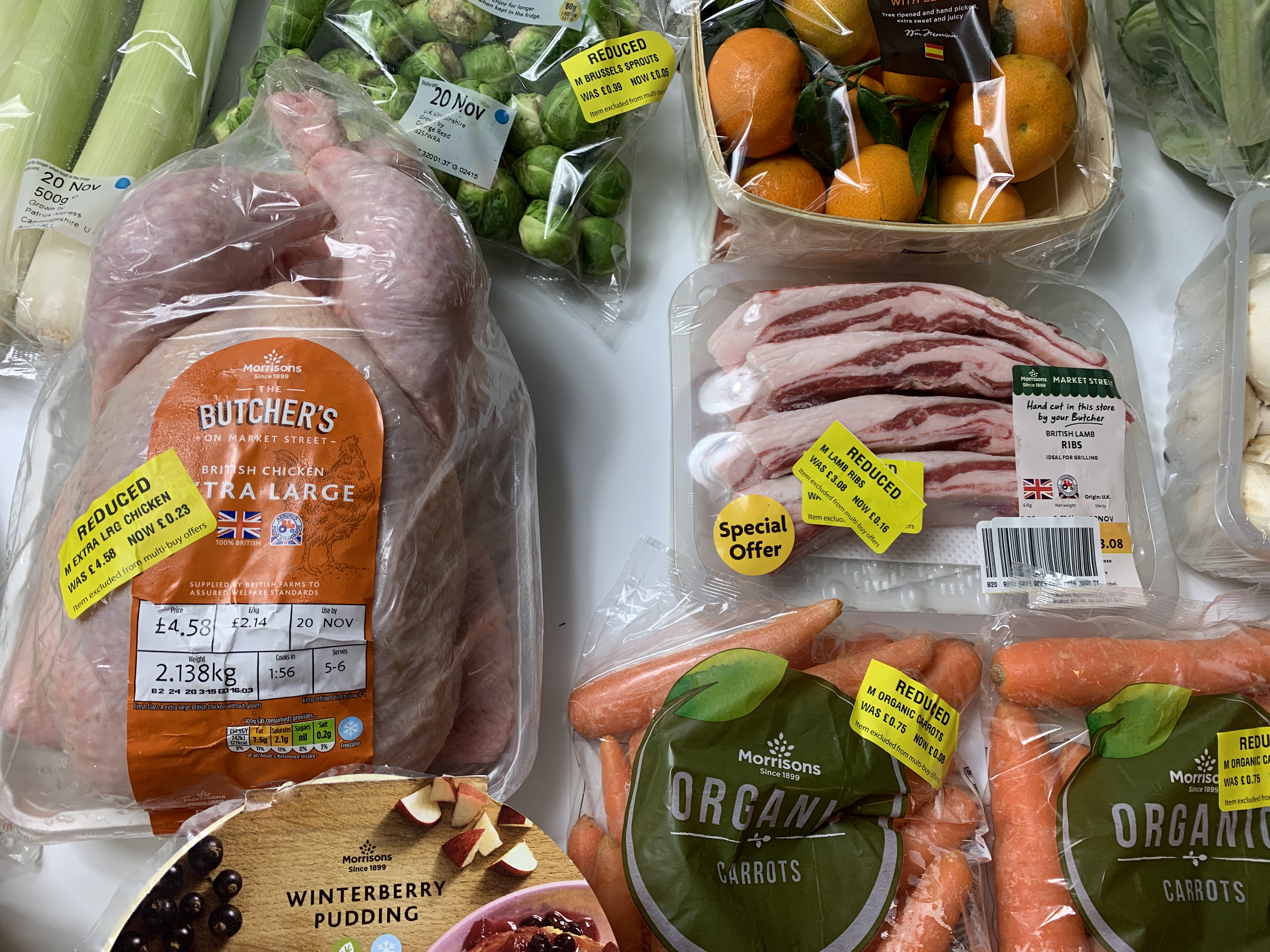 He says: “People have said to me ‘you work in Morrison’s, surely you just take all the good stuff’ but that’s not the case at all.

“I always pick up my bargains at the end of the day, when my shift has finished and find incredible deals which bizarrely haven’t been picked up by customers.

“I had to buy a new freezer this year, just to fit all the bargains in, and even that is now completely full. 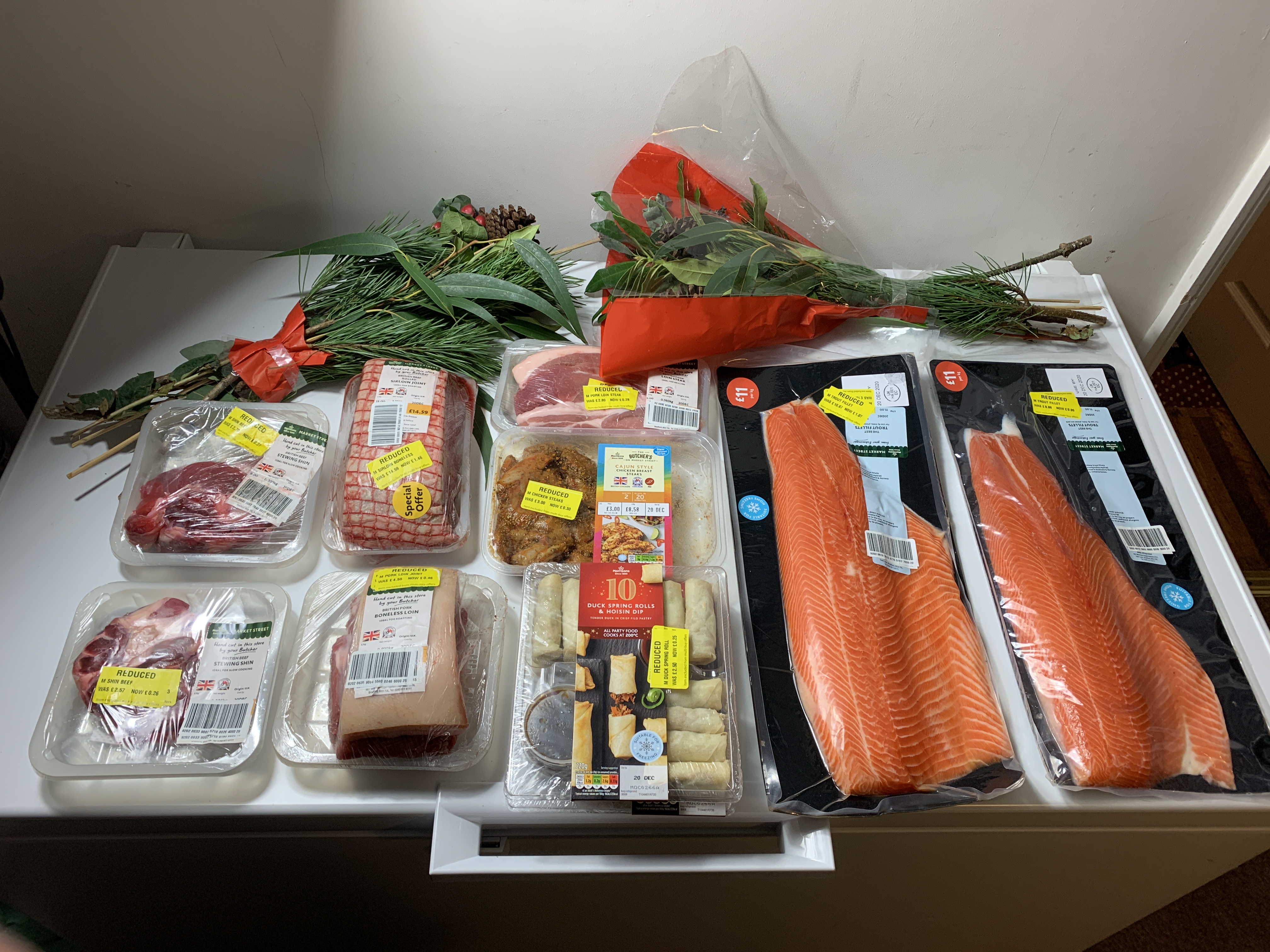 “We’re trying to have a spend free January where we use everything out of the freezer and only buy fresh fruit and milk.

“It’s the big turkeys that aren’t being sold at the moment, especially as people aren’t having massive Christmas gatherings due to COVID-19.

“People are also waiting before buying their Christmas dinner as plans are changing, so there are lots of Christmas items that just aren’t being bought.

“I told my friends I wouldn’t be happy if I didn’t have a yellow sticker turkey, so I’m so glad I got one.” 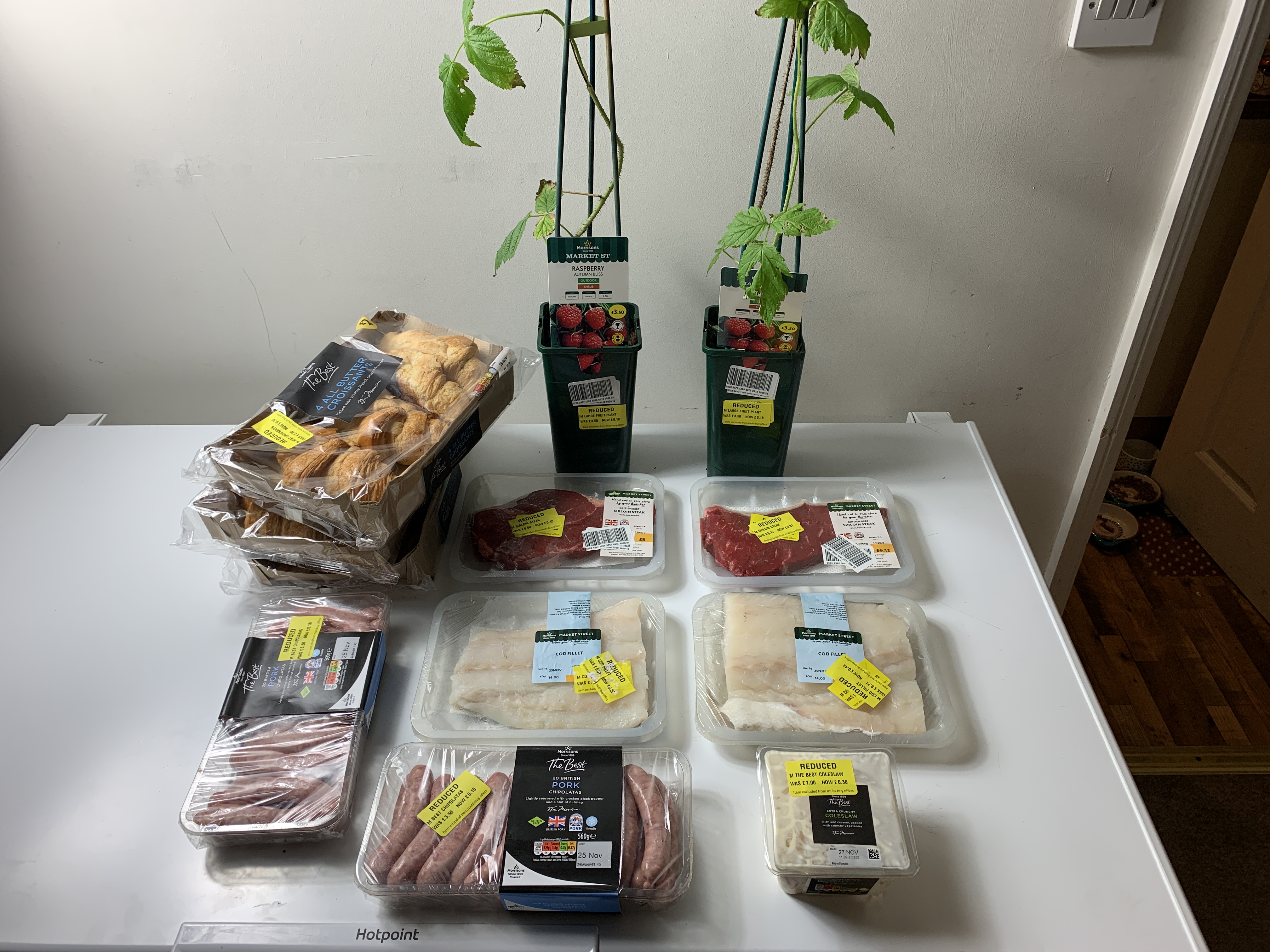 When the big day rolls around, Alasdair plans on having a light breakfast before having the £1 turkey at lunch, with all of the trimmings, including sprouts, carrots, roast potatoes, stuffing and gravy.

For pudding, he’ll be warming up the bargain fruit sponge and having it with custard.

In the evening, Alasdair, who hails from Aldershot,plans to have a second full roast dinner and will put on a buffet.

His family can feast on cold roast turkey sandwiches with homemade pickle, made earlier in the year from yellow sticker vegetables, if anyone is still hungry. 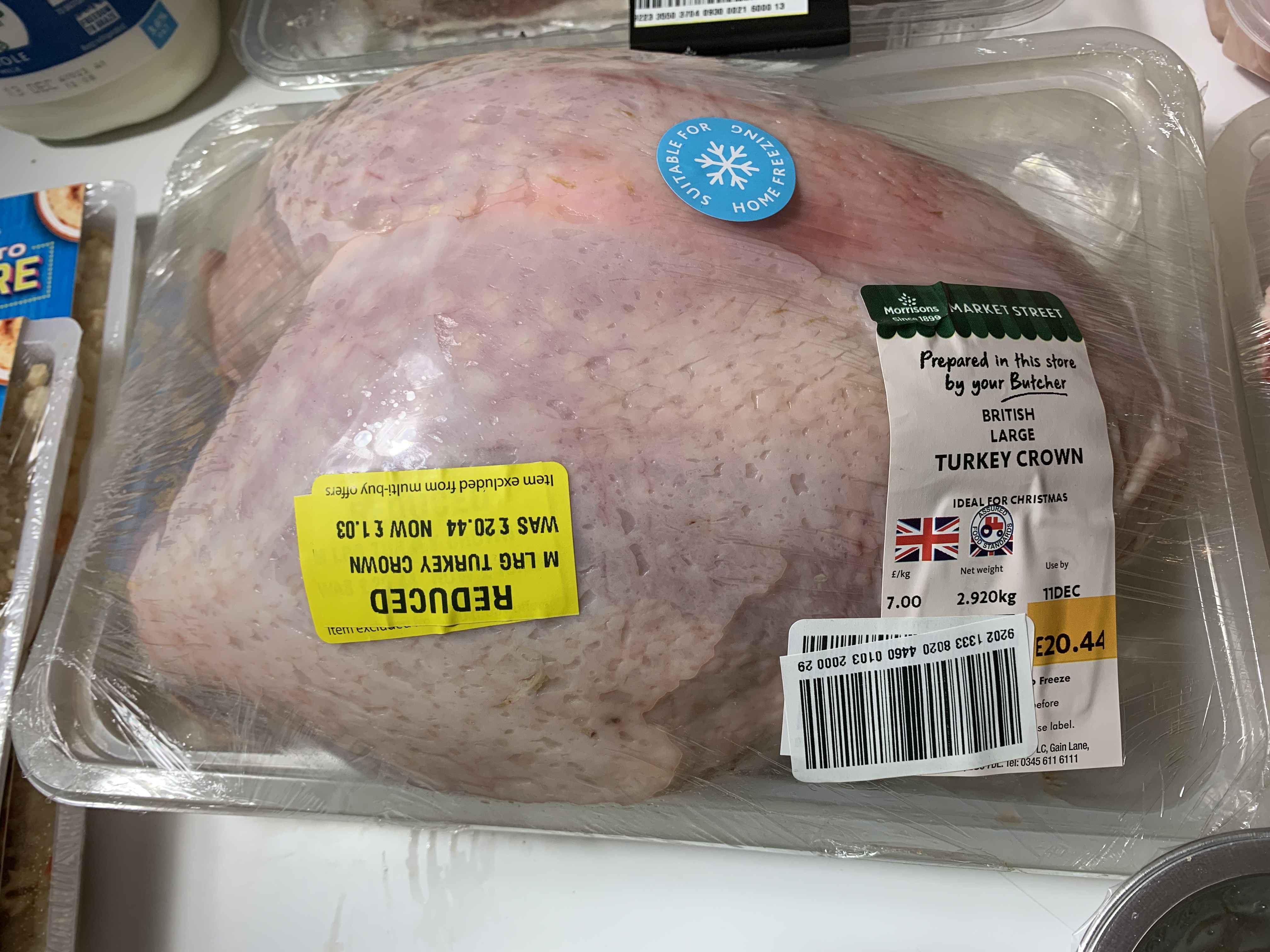 With a smaller Christmas planned this year due to COVID-19 restrictions, Alasdair will be sharing his bargain grub with his partner Sophie, 43, daughter, 18 and three-year-old son, so there will be plenty of leftovers until the New Year.

Thrifty shopping is a habit Alasdairpicked up when his business went bust and he was left to provide for his pregnant wife and young children on less money.

He says: “I used to run a food import company selling American candy and other imported items,” Alasdair said.

“Unfortunately the business ended up going bust and I ended up half a million pounds in debt and bankrupt. 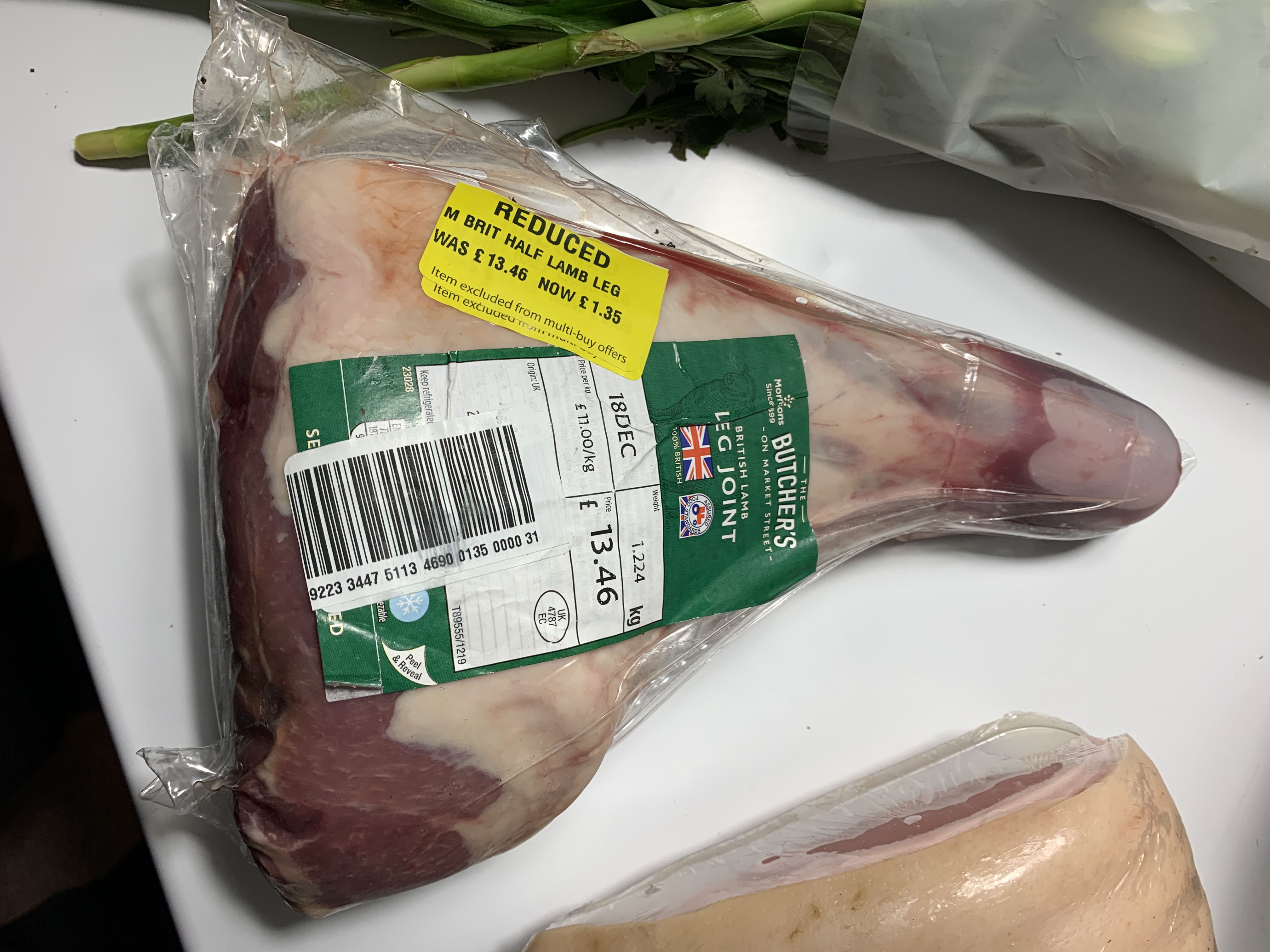 “I had a teenage daughter, I had just got divorced and had a baby boy on the way so I needed to feed us.

“It was a necessity. If I didn’t do that then we would struggle to have enough money for food.

“Once you’ve been in that situation you don’t want to be in it again."

Since going through that period of financial stress, Alasdair has kept the penny-pinching habit and now makes sure he gets a great deal on all of his food. 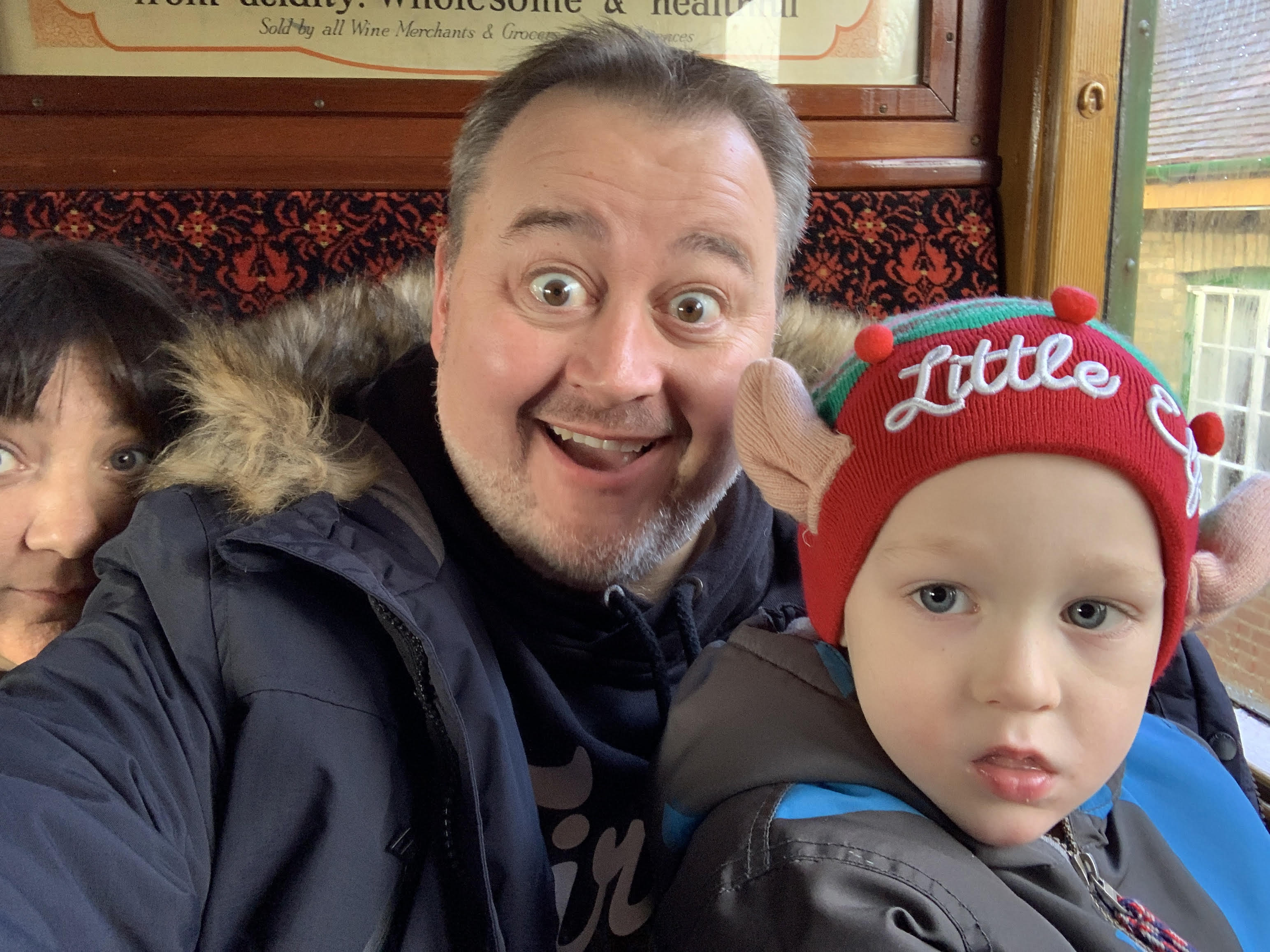 He adds: “I turned into the ‘penny pincher’ to find as many cheap things as I possibly could to save as much money as possible.

“I started working part time in Morrison’s after being moved to part time in my job in e-commerce as a result of the pandemic.

“It’s been a massive help in finding bargains and being able to cut down on our food spending."

Also a trained chef, Alasdair has the necessary expertise to make great meals out of whatever he can find on offer.

The biggest obstacle for Alasdair is freezer space. This year alone he had bought and filled an entire freezer with bargains, including chicken breast fillets for eleven pence, sausages for thirteen-pence and packs of bacon for just nine-pence.

As a result, he plans to do a no-buy January, in which he intends to only use items he already has stored in the freezer. 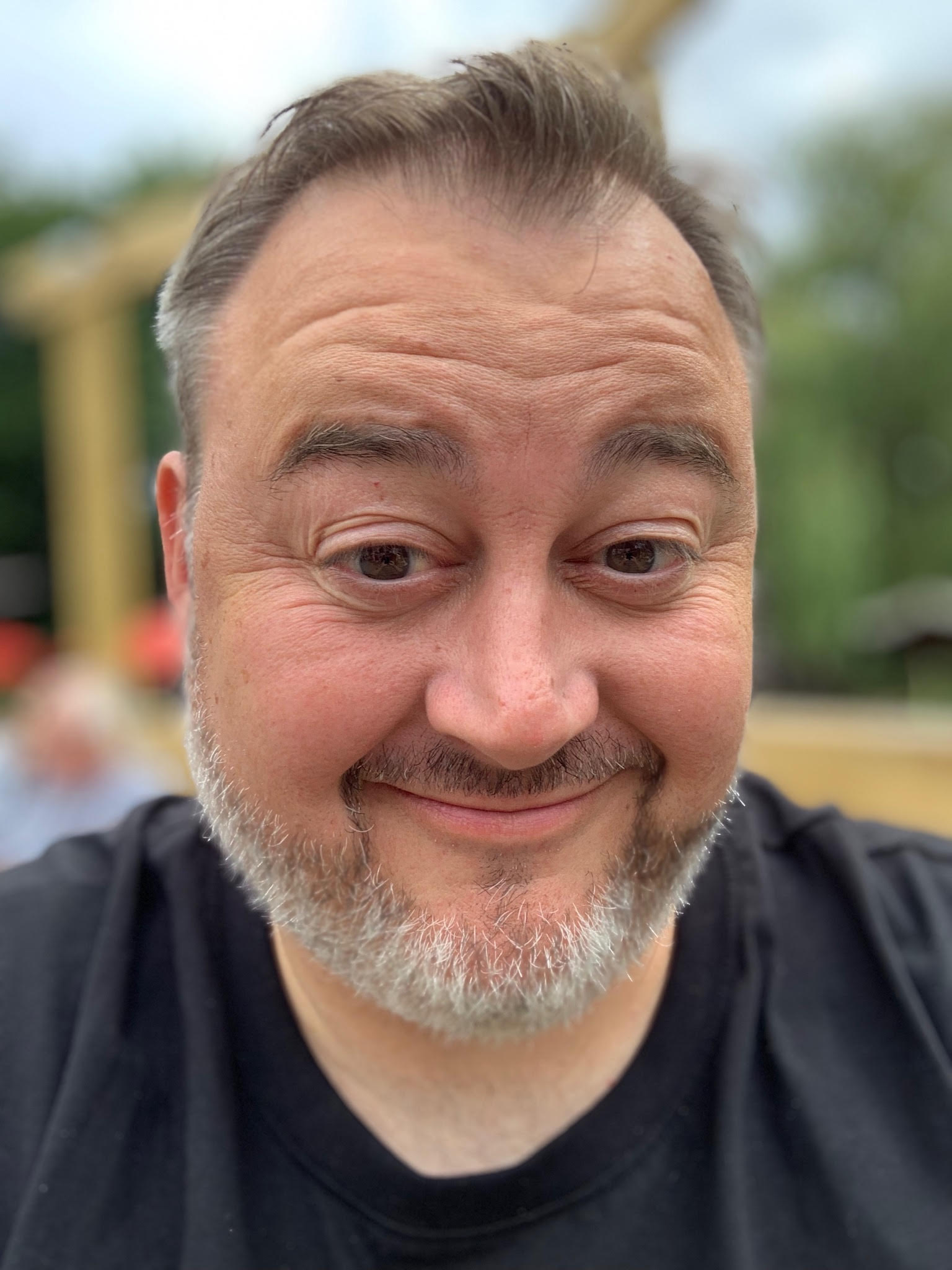 Alasdair’s advice for keen bargain hunters is to wait until the final reductions of the day between 6:30pm and 7:30pm where supermarkets cut the price of items by up to as much as 95 per cent.

He also says that it is more rare to find a bargain on meat, so his advice is to be quick if you see these items reduced.

“I want to give people advice on what can be done on a really tight budget,” Alasdair said.

“I went from being quite well off and having nice holidays to it being the complete opposite.

“Even if I won the lottery I don’t think my attitude to getting a bargain would change.”

In other food news, we reveal how to master your first festive feast – from turkey and veggies to boozy gravy.

And as we told you previously, one mum raves about turkey defrost time calculator that’ll ensure your bird is thawed safely & in time for Christmas dinner.

Plus this chef revealed how to make a large Christmas turkey feed a family-of-four for TEN days & why you should always buy big.