Girl time makes everything better. Khloé Kardashian distracted herself from Tristan Thompson cheating on her with Jordyn Woods by getting glam with her sisters Kourtney Kardashian, Kylie Jenner and Kendall Jenner.

Khloé, 34, posted a series of pictures from the sibling hangout to her Instagram page in the early hours of Tuesday, February 26. She captioned the slideshow, “‘Step up in this bitch like.’”

The Strong Looks Better Naked author looked stunning in a sparkly iridescent bodysuit that hugged her figure. Kourtney, 39, rocked a similar look, although her glittery outfit was completely sheer and showed off her black bra and underwear. The supermodel, 23, for her part, went for a retro vibe and wore a red latex minidress, long white gloves, white heels and black tights.

The girls stood in a variety of poses, one of which featured Khloé and Kendall grabbing Kourtney’s bottom as she faced away from the camera. The eldest of the Kardashian-Jenner siblings shared three of the same photos to her own Instagram account and wrote, “Smile for the camera.”

The Victoria’s Secret model also posted two of the snapshots, but didn’t add a caption. The Kylie Cosmetics CEO, 21, was also present, rocking a green ensemble in one of Kourtney’s pics. (Kim Kardashian couldn’t attend the fun night because she was in Montreal, Canada, for a Thierry Mugler exhibition.)

Celebrity hairstylist Jen Atkin was the photographer for the shoot and was pretty bummed that none of the girls gave her credit for the pics. “Seriously? I gave u guys the best night of my life,” the 38-year-old quipped on Kendall’s post. “@kendalljenner @kourtneykardash @khloekardashian there goes my photography carrier.”

The special evening came a week after the Revenge Body host found out that Thompson, 27, cheated on her with Kylie’s best friend. Woods, 21, was caught “making out” with the NBA star at a party on February 17. A source previously told Us Weekly that Woods first “denied” any wrongdoings when Khloé confronted her, but she eventually “admitted” it was true.

A second insider added that the Good American founder also questioned the Cleveland Cavilers player — who previously cheated on her in April 2018 just days before she gave birth to their daughter, True — about the infidelity and he “admitted it was true” as well. She then ended their two-plus year relationship.

Khloé is going through a difficult time right now, but she has her family by her side to help get her through it. Keep scrolling to see how the famous sisters spent their evening! 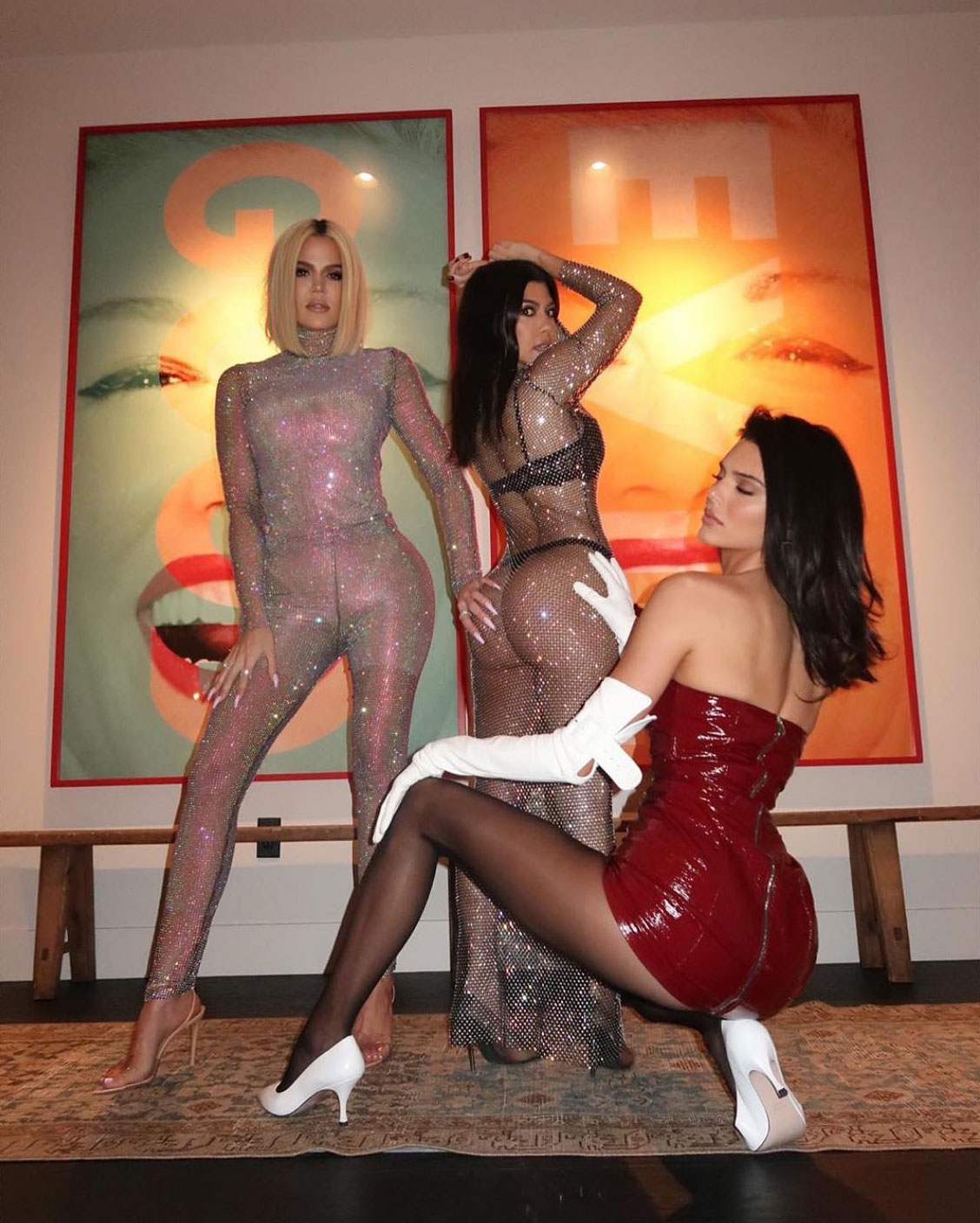 Khloé and Kendall rested their hands on their older sister’s behind as they posed for a sexy shot. 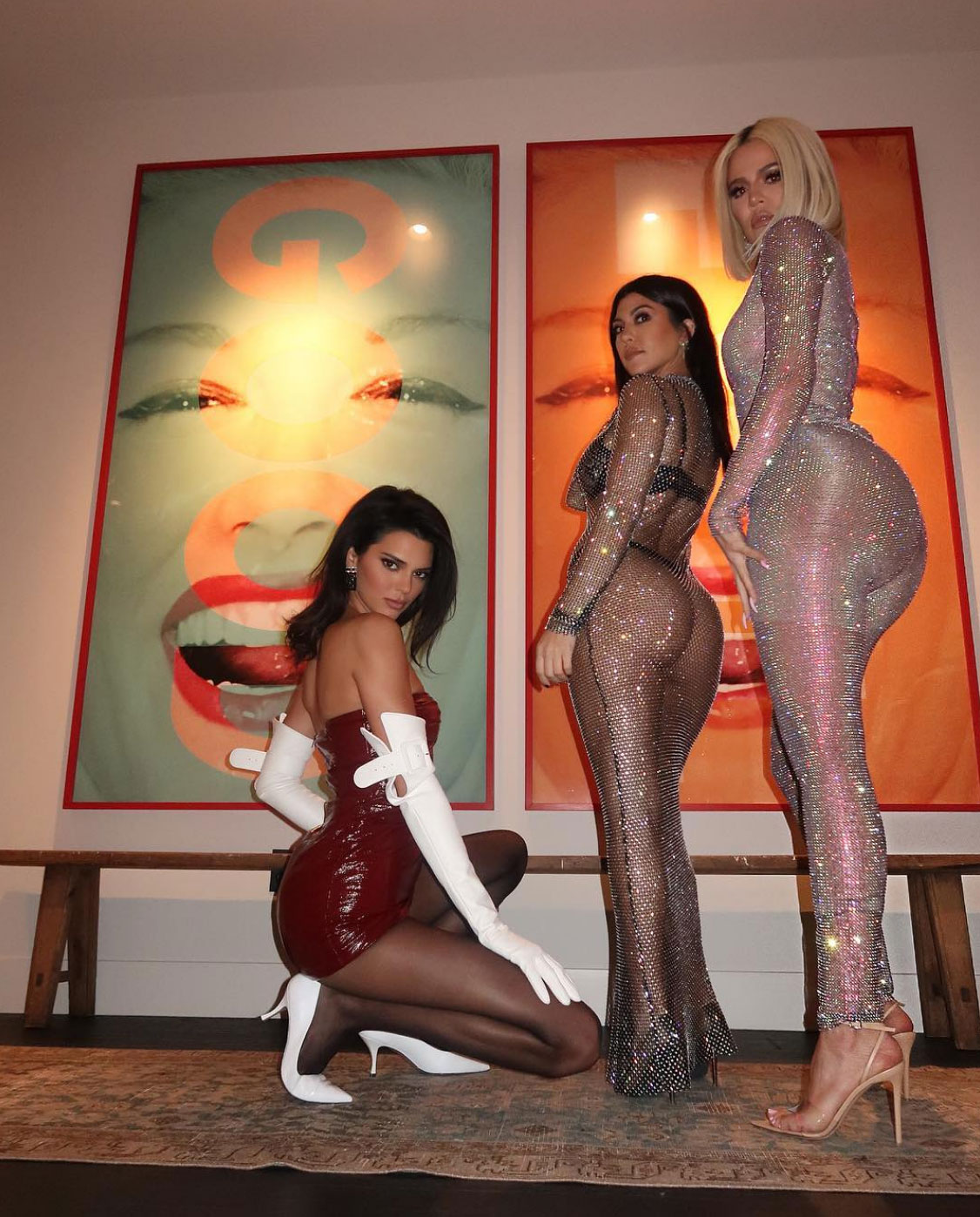 Blood Is Thicker Than Water

Both the model and the mother of three unfollowed Thompson on Instagram after news of the cheating scandal broke. While the former Kocktails with Khloé host still follows the athlete, she removed Woods from her following list. Kourtney also unfollowed Woods. 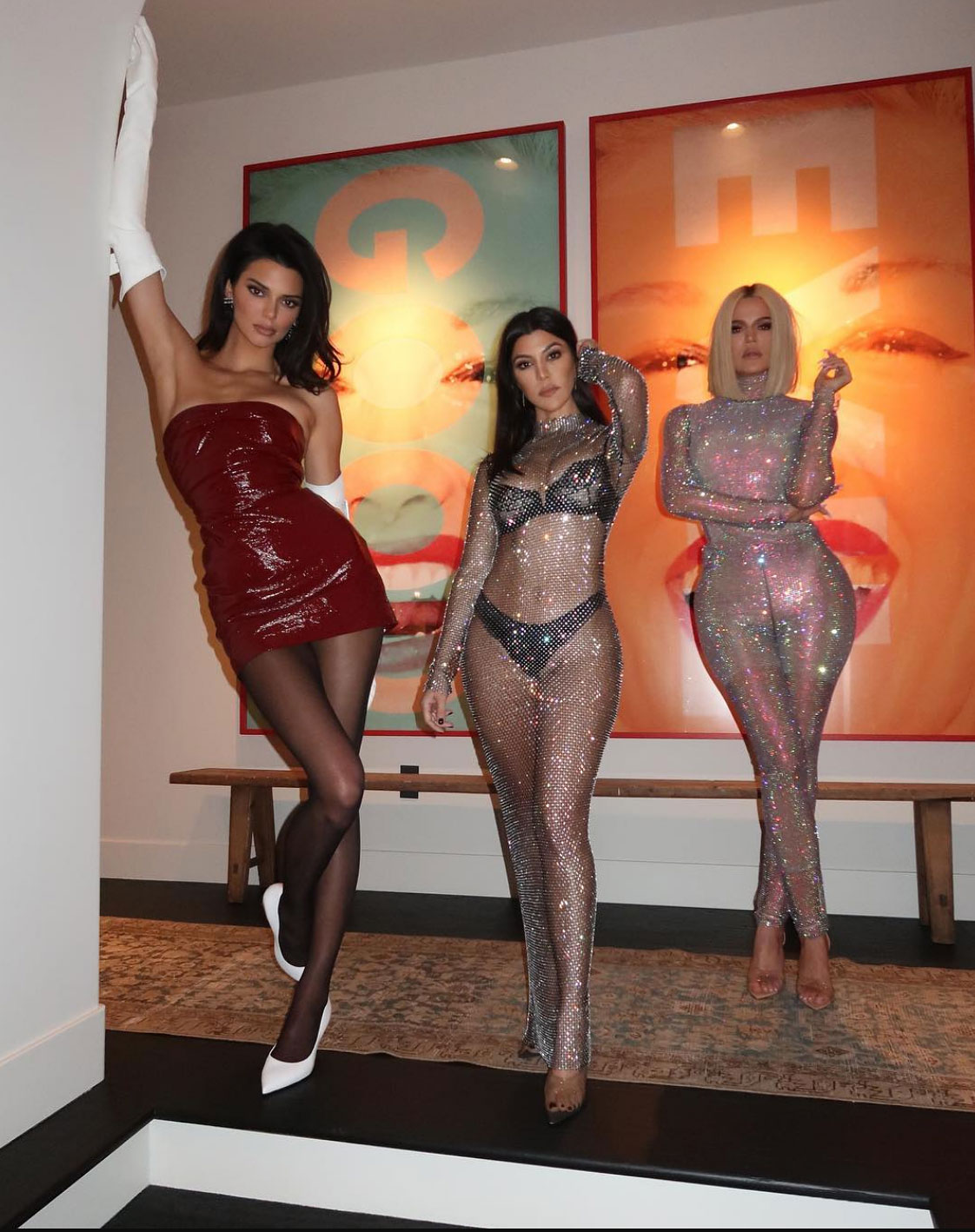 A source previously told Us that Khloé is “leaning on her family and closest friends” to help her get through this tough time. 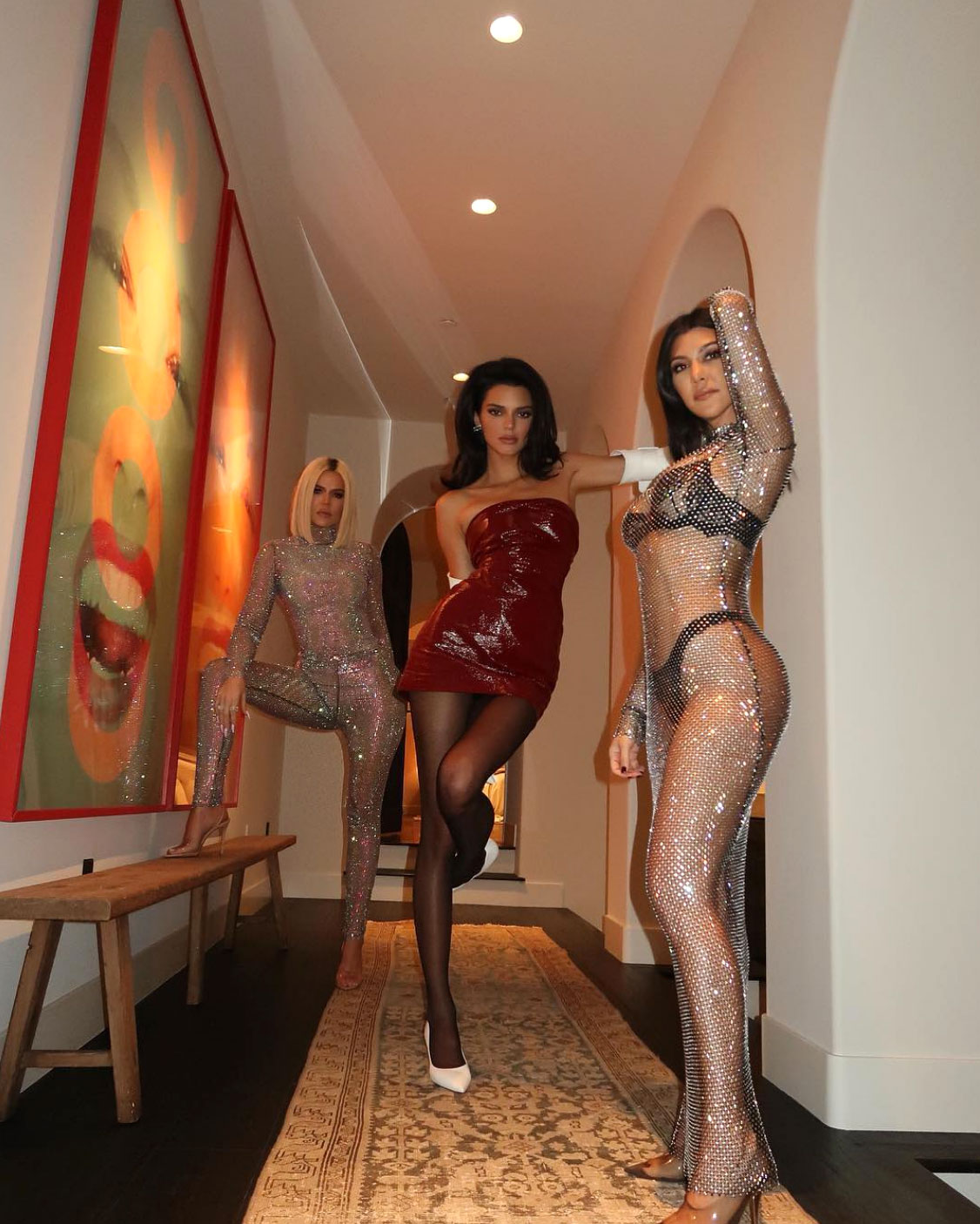 The Kardashian-Jenner siblings went all out with their looks, turning a hallway into a runway. 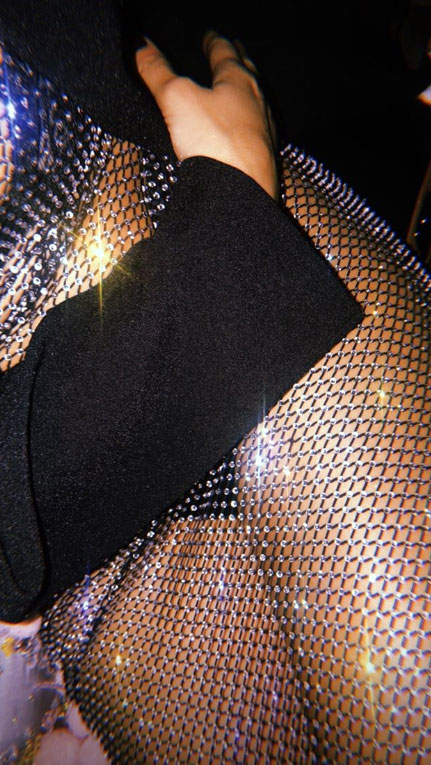 It’s All in the Details

Kourtney took a closeup picture of her ensemble, which featured hundreds of tiny crystals, and posted it to her Instagram Story.