It turns out that organizing and operating an independent one-room schoolhouse from your backyard is…a lot of work. 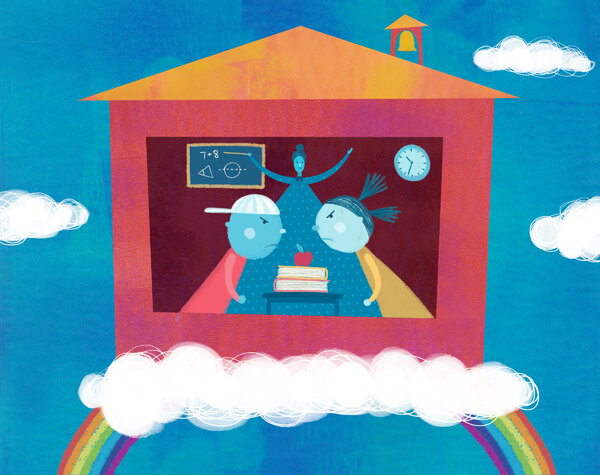 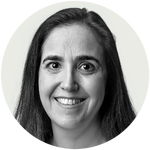 This past summer, Emily Brady thought she had solved the puzzle of remote learning. Rather than send her 5-year-old to virtual kindergarten, she would set up a Spanish immersion forest school for a few children, hire a teacher and run the idyllic program from the cottage behind her house in Oakland, Calif.

“The parents needed to work, and we figured the easiest thing would be to pay and hire somebody to be the teacher,” said Ms. Brady, a writer who set the plan in motion with a cousin who also had school-aged children. “Oh my God, it all just sounds so naïve now.”

It turns out that organizing and operating an independent one-room schoolhouse from your backyard is a lot of work. To get the program running, Ms. Brady drafted Covid-19 guidelines and interviewed potential teachers, settling on a woman with a warm personality, but no teaching experience.

Ms. Brady recruited other families. One mother had so many questions before the school year started that Ms. Brady suggested she find a different pod. Her cousin dropped out after the first week, leaving the remaining two families scrambling to find two replacements to cover the cost of a teacher’s salary. The school year had barely started when an extreme wildfire season exposed one crucial shortcoming of a curriculum centered around outdoor learning: It’s hard to run a forest school when you can’t go to the forest.

“This whole experience, the whole year, has been like driving in the dark with your fog lights on,” Ms. Brady said.

If the summer was the season to fawn over learning pods as a pandemic panacea, the fall and winter have brought rude reminders that they are not so simple.

Learning pods, a newly popular term for families who band together and hire teachers to either replace or augment virtual learning, were intended to be a stopgap solution to an unfortunate situation. With so many children facing another semester or more at home, those with the means saw learning pods as a way to ease the pain.

But a few months into this experiment, some pods are showing their cracks. Parents are discovering that even a carefully orchestrated group is no substitute for an institutional classroom, and cannot fully account for the fickleness of children who may simply show up and hate the arrangement. Interviews with teachers, facilitators, consultants and parents revealed myriad ways that groups can go sideways.

Dynamics can get weird, especially when one family hosts the group, wielding greater power over the others because school is on their turf. In one pod in Connecticut, a parent complained to a teacher about the host child’s behavior, only to find herself summoned to an icy parent meeting where she was told to accept the current arrangement or find another group.

When unhappy families do leave, the departure can lead to hurt feelings and financially strain the remaining members, who, in some cases, have demanded the departing family continue to pay tuition. Teachers struggle to give frank student assessments to parents who also happen to be their employers. And parents sometimes spar over curriculum choices, violate the group’s social distancing rules, or scramble to quarantine after a household member contracts Covid-19.

Even pods that run smoothly at first can hit a bump or fall apart when the local school district shifts virtual and hybrid schedules (which can happen repeatedly in the same district). And then there are the pods that never got off the ground, bogged down in tedious deliberations about who should host the group or what quarantine rules everyone should follow.

“I think that there was a perception that pods were these glamorous solutions: We’re going to solve all the problems of remote learning. And they do solve some problems. You don’t have to be the one dealing with your child sitting next to you,” said Tracey O’Hara, a founder and the chief executive of Nex Gen Learning Solutions, a tutoring company in West Orange, N.J., that provides facilitators for in-home pods. “But it doesn’t solve the problem of remote learning.”

Of the eight in-home pods with Nex Gen facilitators, half have had conflicts, Ms. O’Hara said. The most common problem is one child has more needs than the others, consuming a larger share of the facilitator’s time and energy. The arrangement is often most difficult for the host child, as children bristle when they constantly have to share their space and stuff with peers.

One Nex Gen pod nearly fell apart over a dispute about whether the children would enroll in hybrid learning once the district began offering the option. “It was ugly and these were friends,” Ms. O’Hara said.

The parents who wanted to send their children to hybrid learning did not want to continue paying for a full-time facilitator on the days when the children were in school. The mother who wanted her child to continue with an entirely virtual schedule was under “tremendous pressure to go hybrid or the whole pod could fall apart because of her,” Ms. O’Hara said. In the end, the district scrapped its hybrid plan and the pod remained intact.

Like many families, Ms. Brady of Oakland thought a pod would make her life easier. Instead, she had to create a limited liability company, manage payroll, develop a curriculum and clean up after six children. A few months after the pod got rolling, she began to worry about what and how the children were learning, so the group hired a consultant to help.

But the group has found a rhythm, with the parents sharing in the chores and the children spending the bulk of their days outside. The pod even has a name, Los Amigos del Bosque. “Is it perfect, no? Nothing about this year is perfect,” Ms. Brady said. “But when I see pictures of these kids playing together outdoors and climbing trees and hugging each other, I feel like something is right.”

But a pod, even one with adorable cubbies and a cheerful teacher, is not the same thing as a school. It has no principal to handle disputes, no aides to assist in the classroom and no counselors to offer guidance. Parents, often with no education experience, select the teachers, set the curriculum and choose the classmates. When problems emerge, they’re the ones making decisions about other people’s children.

“What’s happening in the micro-schools is we don’t have a network for our teachers to say, ‘What do you do when so-and-so decides they don’t want to put their shoes on?’” said Emma Emmerich, the director of Emerging Sprouts Forest School in Berkeley, Calif., who has been consulting for learning pods, including Ms. Brady’s. “A lot of parents have expectations, but they’re not educators, they don’t have the same lens to use to say that’s actually a developmentally appropriate behavior.”

And so when one child acts out, other children’s parents may be the ones deciding the consequences, as happened in one pod of kindergartners in the Greenpoint neighborhood of Brooklyn. The teacher was overwhelmed and needed help. So parents started supervising lunch. Once they were in the classroom, in the basement of one family’s home, some of them expressed concerns about one child in particular.

“All of a sudden these parents are bearing witness to the behavior of the child, now everyone knows and now they’re embarrassed,” said Traci Maynigo, 39, a clinical psychologist with a child in the pod. “What else could the teacher have done? It’s not like she has an assistant teacher.”

The parents of the child pointed to a curriculum about social justice as a source of stress for their child, who is biracial. The child’s parents, who declined to to be quoted for this article, said they suggested the pod refocus the curriculum, and voiced their own concerns about the teacher’s ability to manage the students and another student’s behavior that they saw as problematic for their son. Instead, the other families asked them to leave.

“It just wasn’t a good fit. It just wasn’t the right environment for this child,” Ms. Maynigo said. “It was not an easy conversation.”

After the departure, the pod reassessed the curriculum and hired an aide to supervise lunch and recess, getting the parents out of the classroom. Ms. Maynigo took on the role of parent liaison, and another parent became a teacher liaison. The child who left joined a different pod, and has had no issues there, according to the parents.

Sometimes, nothing works. Lori Shao hired a teacher to help her sons focus on virtual school, inviting two other families to join in her downtown Los Angeles home. She spent $2,000 turning her family room into a classroom with desks, a whiteboard and educational posters. Before bringing in the other families, she decided to give her sons, ages 5 and 7, a few weeks to settle into the new routine.

That didn’t happen. The boys drew on the walls. They played with the dog. They jumped on the couch. The younger one couldn’t stop distracting his brother. The teacher knew how to lead a classroom of children, not corral two brothers who didn’t want to tune into virtual school. “She was in tears for consecutive days,” said Ms. Shao, 39, the founder of a financial tech start-up. “She was under so much stress from the boys.”

Ms. Shao couldn’t get any work done with the constant distractions, but she wanted to give her children and their frazzled teacher time to adjust. “I kept hoping that the kids would get used to it. I kept hoping that the teacher would become numb to it and everything would just be OK,” she said. “But it kept getting worse.”

The teacher asked for fewer hours, telling Ms. Shao she was completely drained. Ms. Shao contacted the other mothers telling them the pod wasn’t working. After two months, Ms. Shao gave up.

The day care where her sons had gone as infants and toddlers was offering in-person child care during school hours for virtual learners, and Ms. Shao signed up. It was cheaper and got them out of the house for 11 hours a day. They started in the end of October and “they absolutely love it,” Ms. Shao said, adding, “this was the best decision we’ve made in the pandemic.”