It’s been over a year since Meghan Markle and Prince Harry said “I Do” at St George’s chapel in Windsor last year May. On the day, Meghan surprised Harry with a sweet gesture, as she had flowers from all of the countries in the Commonwealth embroidered into her stunning six-foot veil. Meghan wore an unforgettable Givenchy gown on her wedding day, and her veil featured gorgeous, intricate embroidery. Speaking in HBO documentary, Queen of the World Meghan revealed that Harry had no idea she would incorporate the Commonwealth in such an intimate way.

Meghan Markle: Duchess’ wedding veil revealed this about her role in the Royal Family expert says

“[Harry was] really over the moon to find out that I would make this choice for our day together,” Meghan told a royal conservator while looking at the dress.

She also revealed it wasn’t just Harry who was elated with the choice of embroidery in her wedding outfit, saying: “I think the other members of the family had a similar reaction,” she added.

Express.co.uk spoke to fashion stylist Melita Latham and she says Meghan’s choice of veil revealed the role and stance she wanted to take when joining the Royal Family.

She said: “Meghan is a strong woman and knows exactly what she wants. Her embroidered veil design was a clear example of Meghan’s wish to pay her respects to new beginnings, her husband and the Commonwealth. 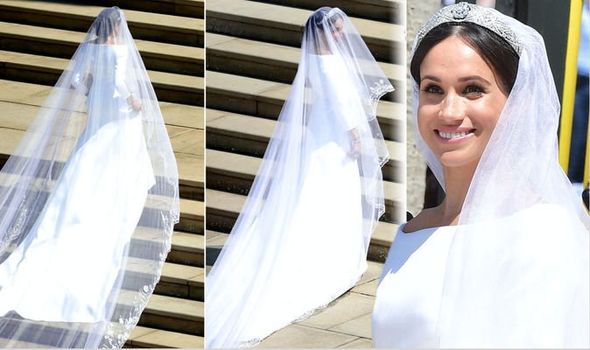 “The intricate detailing and workmanship that took 500 hours to complete is a unique symbol of unity, becoming part of the royal family and indeed the world, the Commonwealth.”

She added: “It is believed that Meghan’s two personal favourites are the Wintersweet which grows in the grounds of Kensington palace and the California poppy from California Meghan’s place of birth.

“This was a huge and sweet gesture to bring so many ‘worlds’ apart, together. A truly beautiful sign that Meghan wants to bring harmony, love and support to her husband’s charities and bring us all closer together.”

Meghan recently launched her own highstreet clothing range, and like with her veil, it seems she also wanted to make a statement with the workwear range as she hinted to her romance with Harry. 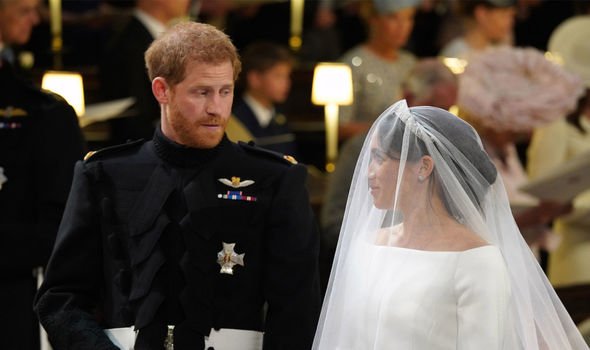 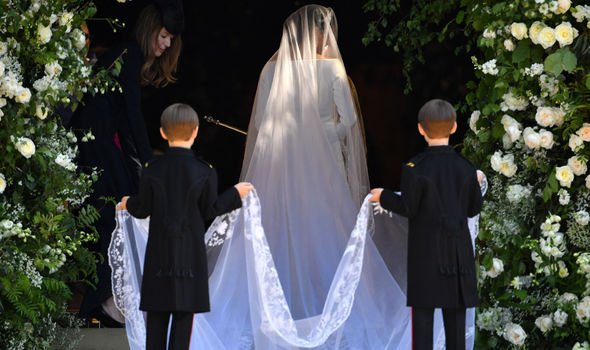 The Duchess created a clothing line in her latest charity project. Proceeds from the capsule collection go towards Smart Works, a charity that helps women into work.

Now it has been revealed how Meghan drew on Prince Harry inspiration for the clothes.

Meghan and Harry’s first official royal appearance together took place at the Invictus Games Toronto in 2017.

On the third day of the event, Meghan wore the white shirt from Misha Nonoo’s brand, and her current collection has a very similar shirt.

Fashion PR expert Dominique St. John told Express.co.uk: “We saw her sport a similar white shirt from Misha Nonoo on her first official appearance with Prince Harry at the Invictus Games in Toronto.”