Melania Trump worked as a fashion model before getting married to United States’ President Donald Trump. It is well known that the First Lady of America has a particular love for designer clothes and labels, which often don’t come cheap. So what are Melania’s most expensive outfits that she has worn?

Melania is always impeccably dressed when she steps foot outdoors or attends public events and political functions with her husband.

Some have speculated that the First Lady uses her outfits to make subtle (or not so subtle) statements about her husband’s administration. Omarosa Manigault Newman wrote in “Unhinged: An Insider’s Account of the Trump White House,” that she believes Melania Trump uses style to “punish” her husband.

But others simply admire her “streamlined glamour,” as designer Michael Kors described her style.

Her love for designer labels and designer brands is apparent as she has stepped out in a number of show-stopping and budget-breaking looks and outfits in recent years. 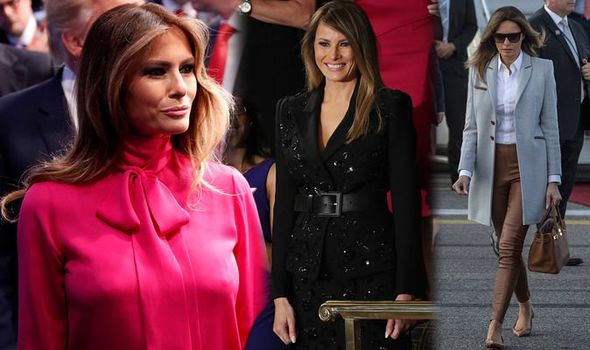 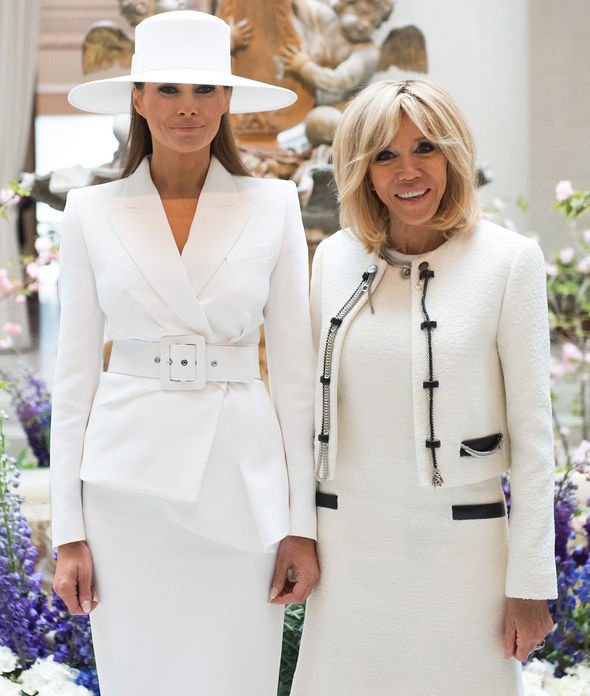 Luckily for Melania, she is able to get her hands on the designer pieces as designers offer to dress them a lot of the time for free.

Many might be surprised that First Ladies’ outfits are not paid by US taxpayers. Nevertheless, some pieces, even though eye-wateringly expensive, are available to be purchased by the general public.

She has worn ensembles from Dolce & Gabbana, Michael Kors and Balmain to name a few. Her favourite heels – which she has recycled and worn on several occasions – are a pair of Manolo Blahnik black, high-heel pumps which usually retail for $625, just short of £500 in the UK.

Melania has always made an effort with her appearance and fashion choices.

The 49-year-old mum of one is also well known for her love of expensive blouses. In the past, she has stepped out in a Gucci “pussy bow” blouse to a presidential debate.

It’s no surprise that the First Lady favours dresses for major official events. Dresses give Melania a formal and conservative look, while still maintaining an air of style and elegance.

She has also previously worn a $2,950 (£2,300) hot pink Delpozo dress with voluminous sleeves when she addressed the United Nations in New York in 2017.

Even keeping warm is a full fashion frenzy, as the former model always steps out in an on-trend coat or jacket.

In 2018, when Brigitte Macron and Emmanuel Macron, the President of the French Republic, visited the White House, Melania chose to wear an incredible white outfit. Dressed in a white Michael Kors jacket costing $2,195 (£1,711), a white Herve Pierre hat and $775 (£604) grey Christian Louboutin heels, Melania made sure that all eyes were on her. 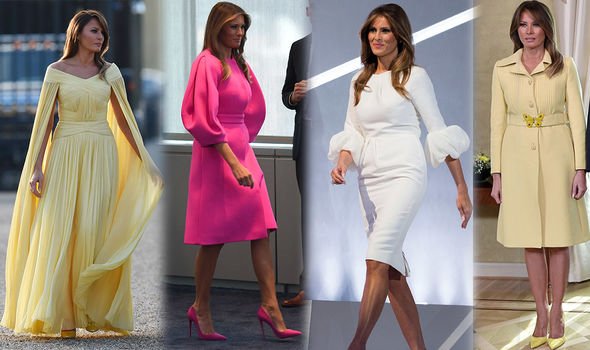 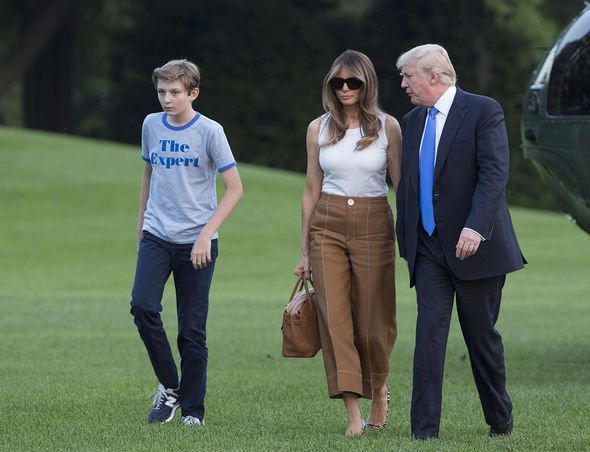 Another pricy coat that Melania has been spotted wearing is a pale yellow coat with a butterfly detail belt by Gucci which retailed for $3,701 (£2,885).

Always coordinated, Melania stepped off a plane in 2018 in an Isuode driving coat with leather detailing which retailed for $3,995, that perfectly matched her Hermes Birkin brown bag and leather-look brown trousers.

Recently, Melania gave out sweet treats and chocolates to young trick-or-treaters as they visited a Halloween event held at the White House. The First Lady chose to wear an incredible $7,000 (£5,458) Michael Kors fall’19 trench dress with patchwork detailing, pockets at the hips and an A-line skirt. The dress is currently available on Neimanmarcus.com.

Melania tends to wear a lot of items from Michael Kors’ collection. In a past FLOTUS meeting, the First Lady wore a dinner jacket and matching skirt by the designer that retailed for a total of $9,590 (£7,478) 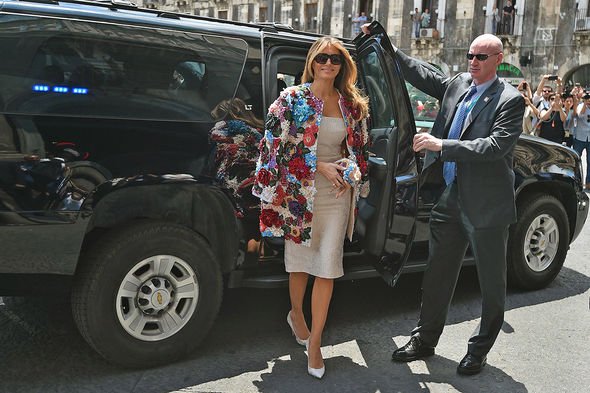 Melania wore the floral multicoloured jacket to meet with spouses of world leaders at the G-7 summit in Italy.

Recently Melania Trump was met by dozens of protestors at Boston Medical Center (BMC) as she visited to highlight the case of drug-exposed babies as part of her Be Best initiative.

Melania’s visit faced backlash from a mix of doctors, nurses, and hospital staff who see her appearance in support of US President Donald Trump’s immigration policies.

Protestors argued the First Lady’s visit to the hospital would “hurt” immigrant patients as the BMC is a safety-net hospital.

Hospital staff held signs outside the BMC while some wore white doctor’s coats that had ‘we really care do u?’ written on the back – a reference to the time the first lady wore the ‘I don’t really care, do u?’ jacket.