Quiet changes sometimes mean taking big steps. My father and his new wife taught me that lesson. After all, who am I to judge? 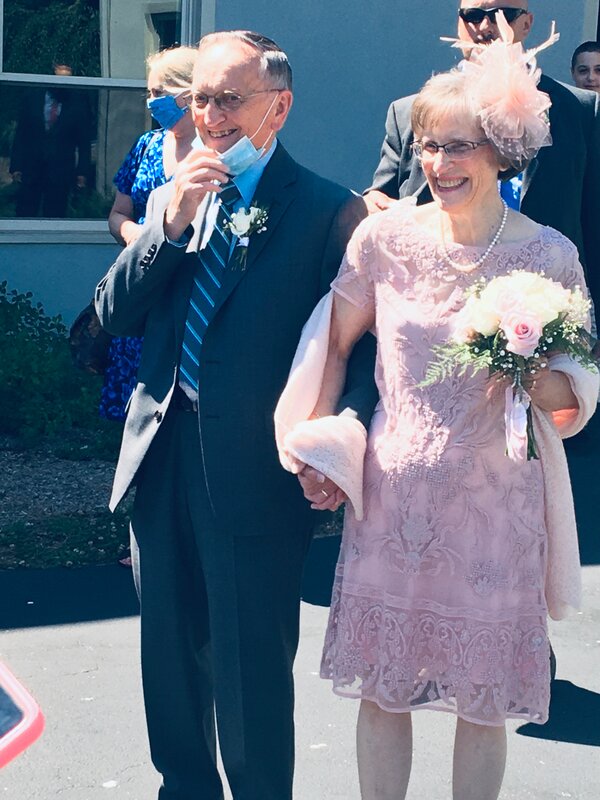 One evening in July, my father locked up his home of 53 years for the last time, the house my sister and I grew up in, the one our mother filled with her crafts and book group meetings — until she didn’t. About 10 years after we moved out, Mom, in her 50s then, quit her hobbies and nursing job. Her former patients sent her money cards, but if she felt like a graduate, she never talked about next steps. Retiring earlier than planned, our father, Don, cared for our mother, Carolyn, 24/7 in their home for 20 years. He seldom said Alzheimer’s.

She stopped talking altogether, would hum when we’d near her, an eager, revving sound.

For the last 17 months of her life, Mom lived in a nursing home. There, Dad visited her daily, relating these visits on our 9 a.m. phone checks — a ritual that had replaced my spontaneous chats with Mom. To me, each day sounded the same: him praying with her, feeding her pudding through a straw, and on some special days she smiled.

By the time she died, six years ago, I had accepted losing my mother. I would not accept losing my father to his paralyzing grief. Eyeing the Ziploc bag containing Mom’s hairbrush, which he had brought back to the house he still called “ours,” I took his inventory. There was that high-paying job he had rejected because he wouldn’t move; his refusal to get a smartphone or pay a bill online. He was a successful engineer, but could he change to save himself?

On visits, I’d suggest Dad leave Connecticut to live near my family in Virginia, touting the virtues of “moving on.” Dad nodded from his La-Z-Boy chair, the one patched with masking tape. Should he make popcorn and turn on “Downton Abbey,” he would ask me once I had wound down.

No Longer Afraid of Changes

Three years later, my sensitive teenage daughter went into a tailspin of falling grades, substance use and a related defiance that endangered her. Terrified, I stopped writing, even dreaming, in order to drive her to appointments, meet with teachers, trying and failing to put out fires before they started. Miraculously, we finally found the right kind of help for her and for ourselves, coming together as a family. Miraculously, she embarked on her own path for recovery. By last year, I had every reason to return to my own life — writing, special needs advocacy and hobbies. On the surface, I guess I did, but despite my daughter’s thriving, I stayed stuck in a state of fear.

Last July, when Dad asked us how we felt about him proposing to his girlfriend, I said “good,” but secretly didn’t feel much. Betty, who is in her 60s, is energetic, kind, funny, and, like my dad, methodical. I liked her! I wanted Dad to move on! But I couldn’t really imagine him pulling off a change this big.

By the fall of 2019, I entered a 12-step program, desperate to recover my sense of self. In meetings I felt haunted by my father. We’re different politically, religiously and temperamentally. I’m 55 to his 83. Yet our experiences dovetailed. We had each seen our loved ones changed beyond belief and nothing we did had saved them. Even my daughter’s turnaround humbled me, as I had no power over it. We were like tsunami survivors, washed up on the beach. On the mildest, calmest day, we feared the water.

But he was no longer so afraid. All winter, my father hunkered down, preparing for a move into his new life. Spring brought the pandemic with all its terrible changes. He was not deterred. 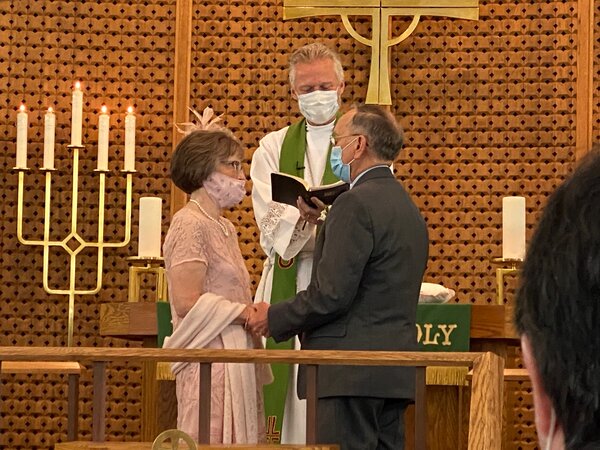 Time to Move On

Finally curious, in May, Dad and Betty shared their love story, which was about to change, over FaceTime.