OUTRAGED fans were quick to accuse Rita Ora of “blackfishing” this week after learning that the singer was Albanian rather than black.

The 29-year-old, who has always been open about her heritage, was accused of “cultural appropriation” after adopting several hairstyles associated with Afro-Carribean women. 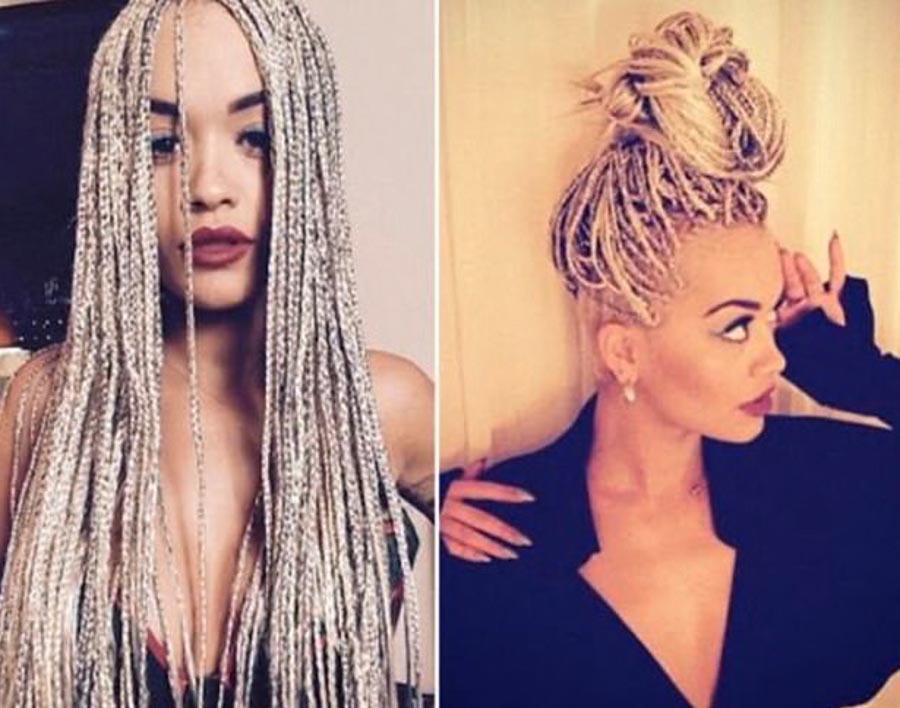 And Kylier Jenner faced the very same accusations after fans claimed she was “cosplaying black women” in a recent Instagram snap.

However, British Ghanian stylist Nana Acheampong says these issues are just a drop in the ocean when it comes to race inequality.

Here she explains where the real problems are, and reveals which celebrities are guilty of cultural appropriation…

Not long ago, I was rifling through the rails at Topshop’s flagship store on London Oxford Street when I sensed I was being followed by an undercover detective as I roamed through the shop’s many floors. 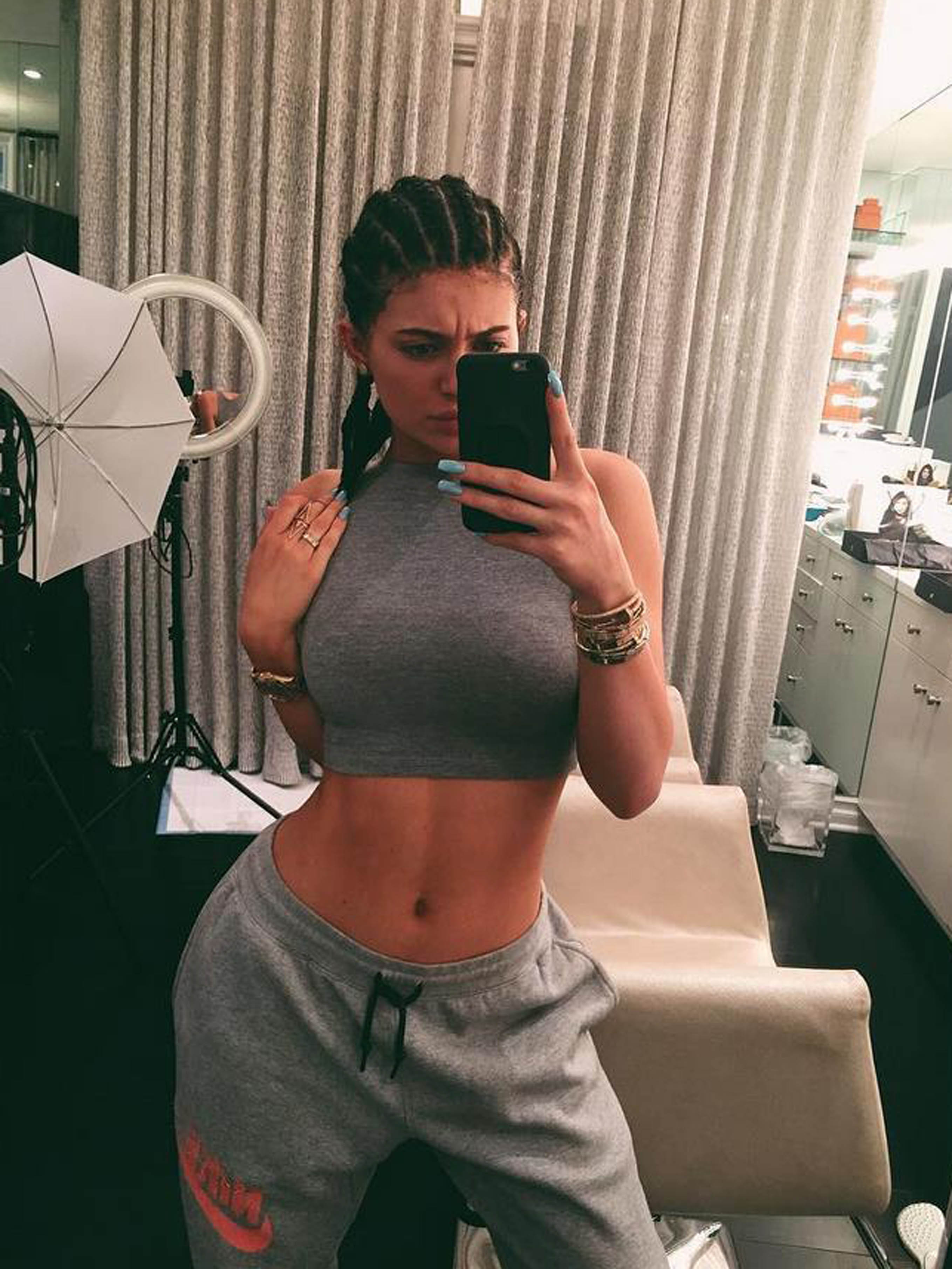 It carried on for 45 minutes – at which point I confronted him and told him that as a stylist for The Sun a big part of my job is looking at clothes for our fashion shoots.

Of course, he denied he had been watching me as I went about my work – but as a 34-year-old British Ghanaian woman it’s far from the first time I’ve been racially profiled, so I know all the signs.

I also know it won’t be the last time, either, a feeling shared by other women of colour that I know.

Against this backdrop, it’s hard not to feel weary when I read about the outrage on social media that had greeted the singer Rita Ora’s decision to post photos of herself with an afro and wearing braids – fury matched only by the anger directed at the model Kylie Jenner for making a cameo in the black rapper Cardi B’s latest video. 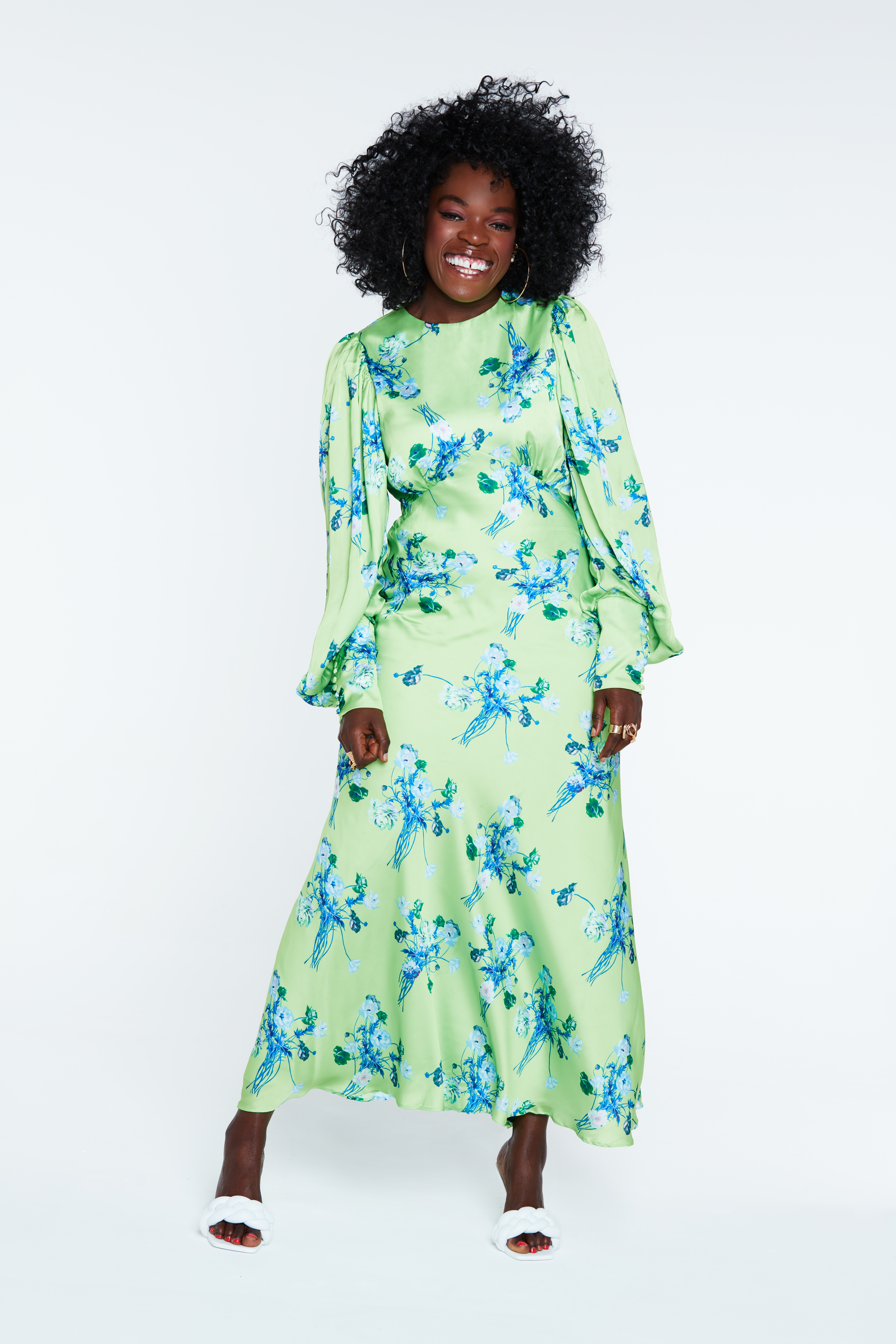 One Twitter accused Ora of ‘blackfishing’ – a trend in which white people don black or “ethnically ambiguous” features and styling – while others were equally quick to accuse her of cultural appropriation, with many expressing shock on discovering that she wasn’t black.

Jenner came in for a similar roasting, also accused of blackfishing and diluting the tone of a video that is meant to be celebrating strong black females.

I’ve been racially profiled, so I know all the signs.

At the time of writing an online petition to have her removed had gained 65,000 signatures and counting.

Yet I won’t be adding my name to it: while I’m not a particular fan of Jenner I can’t help feeling that this is a classic example of people getting upset about the wrong thing – not to mention drawing attention away from the issues that really matter. 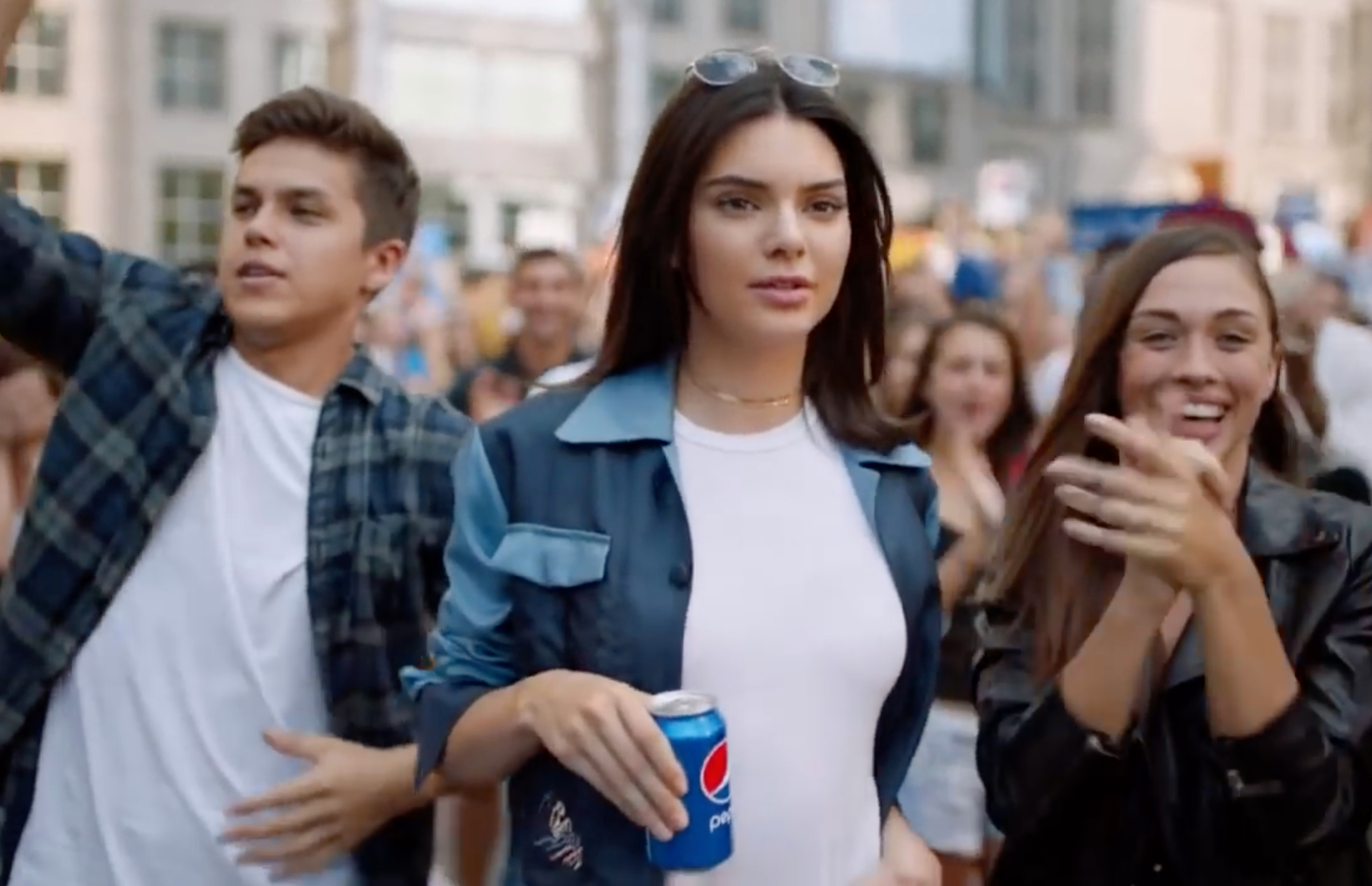 Don’t get me wrong, there are plenty of occasions when I think celebrities have been guilty of overstepping the mark when it comes to casually adopting the cultures of others, among them the Kardashian clan, who over the years have paraded endless afro hairstyles and braids without ever once nodding to the heritage they have come from.

I’m certainly no fan of Kylie’s sister Kendall, after she made the astonishing decision three years ago to film an advert for Pepsi in which she hands a can of Pepsi to a police officer in the middle of a protesting crowd – suggesting that all the tensions between the police and protestors can be solved by this simple gesture.

It seemed to me an astonishing trivialisation in a country where police violence against the black community is an endemic problem – something brought home all too horribly in May by the tragic death of George Floyd at the hands of a police officer.

It led to a rightful outpouring of anger and shock across the world, including in the black community here in the UK: an ocean may separate us from America, but we still have a long way to go until we feel safe here, and equal before the law.

Both have good jobs and drive nice cars – and both have lost count of the times they’ve been pulled over by the police. 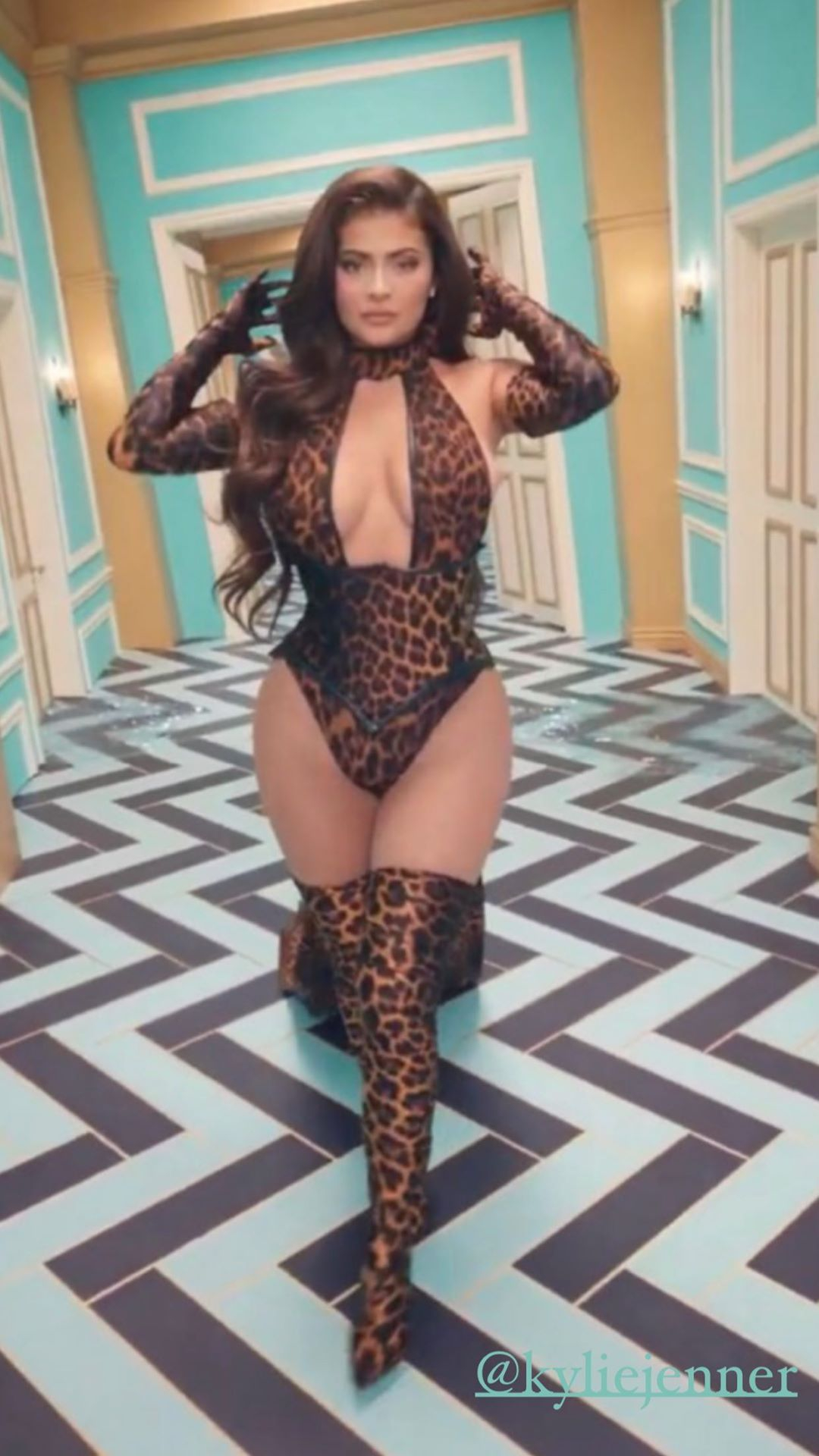 Meanwhile I have lost count of the little racial slights that populate my week – the woman who clutches her bag a little tighter when she sees me coming towards her, the casual racial profiling in shops and bars.

They are tiny episodes which contribute to a patchwork of much bigger issues which form part of the experience of being a person of colour in this country. Like the fact that black and minority ethnic (BAME) households are over twice as likely to live in poverty as their white counterparts, or that black graduates are twice as likely to work in low-paying occupations as Indian, white and Chinese graduates.

Aren’t these the issues that should be absorbing our attention?

Cultural appropriation isn’t a thing to be taken lightly – but if the people on social media would as much energy towards trying to change these genuine inequalities as they do towards Rita Ora’s hairstyle then we might find ourselves finally moving towards a better society.

Are these celebs guilty of cultural appropriation?

Beyonce and Coldplay NO

"Beyonce has always enjoyed playing with different imagery but she is careful about the context.

"She had travelled to Mumbai to film this with an Indian crew and it felt authentic."

"Again this is about context; they had a Japanese producer and team and they all got a credit – they were giving people their dues." 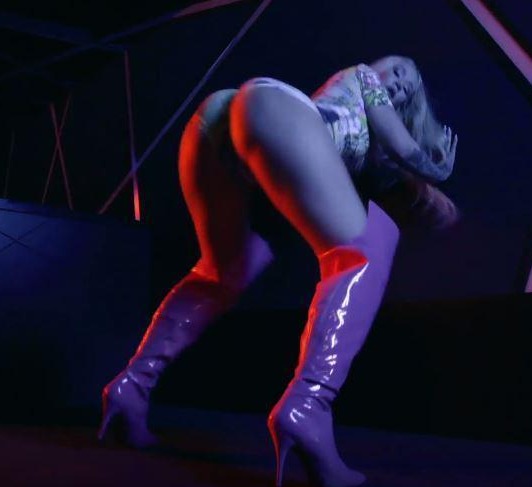 "It’s hard not to see this as white Australian girl who doesn’t seem to show any frame of reference to the styles she’s adopted." 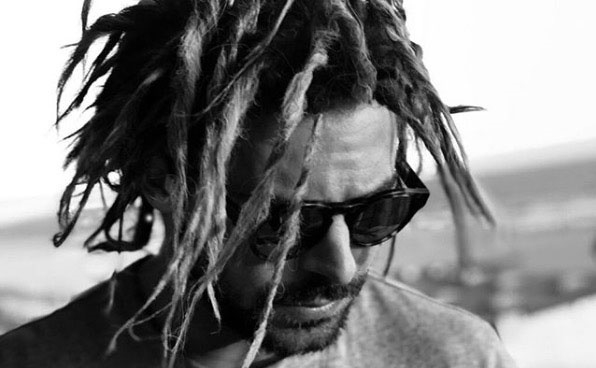 "Dreadlocks are part of the Rastafarian religion. Using them as a means of making a cheap joke is just plain disrespectful." 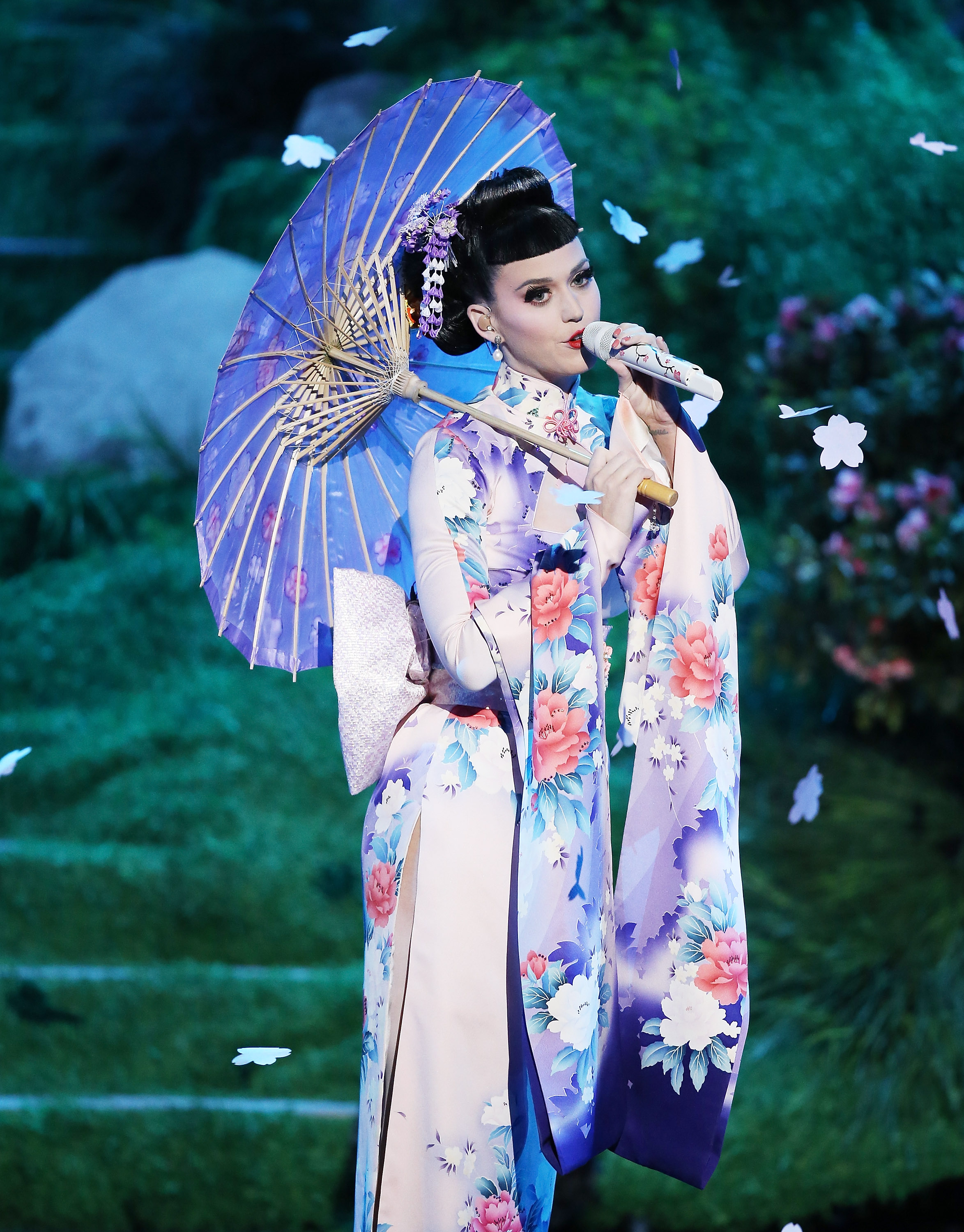 "The Indian headdress was a massive misstep for Katy – but she owned up to it and I respect her for that." 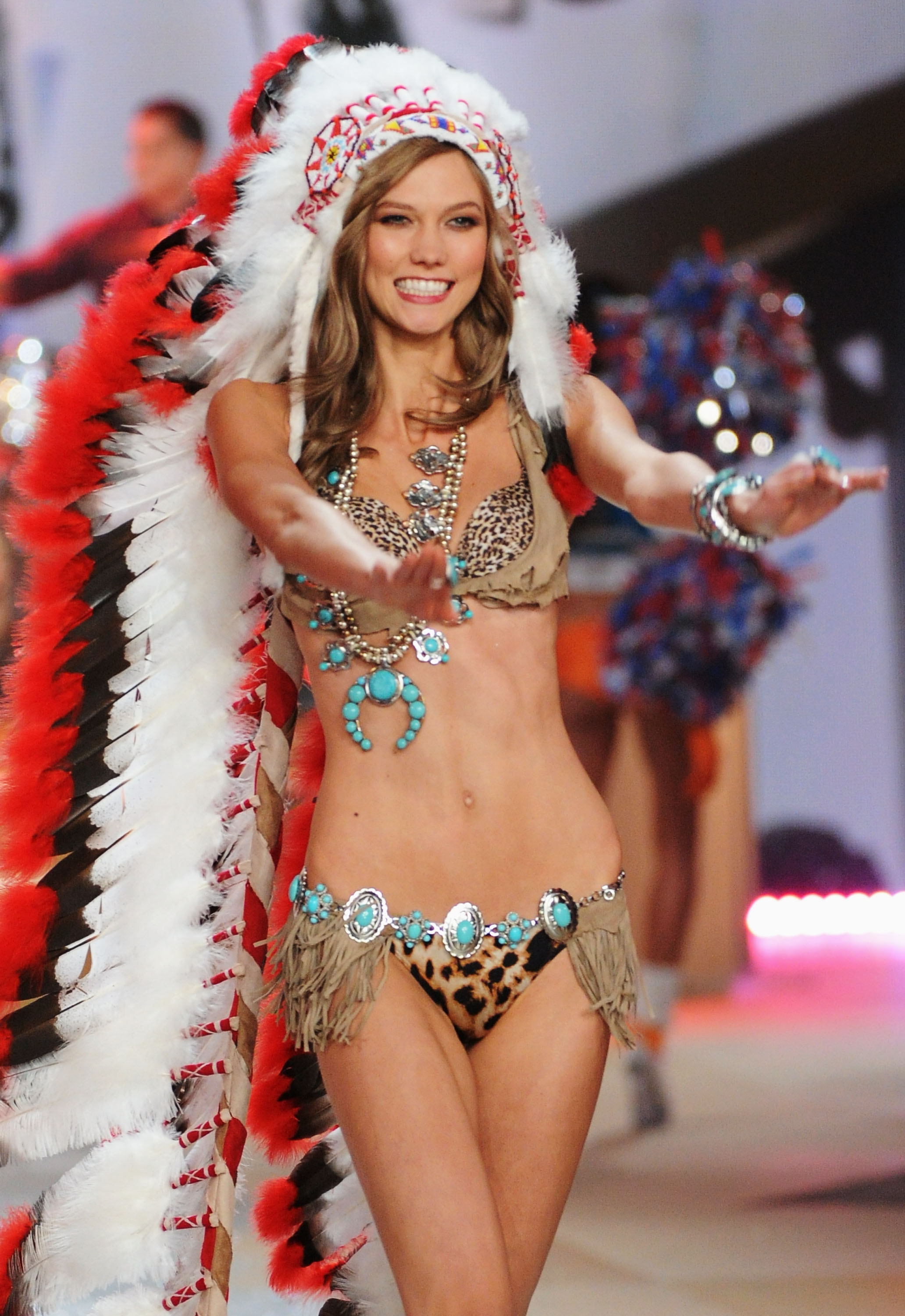 "It’s not my culture, but it’s a big bone of contention for anyone other than native Americans to wear this – especially in a catwalk show. It shouldn’t have happened." 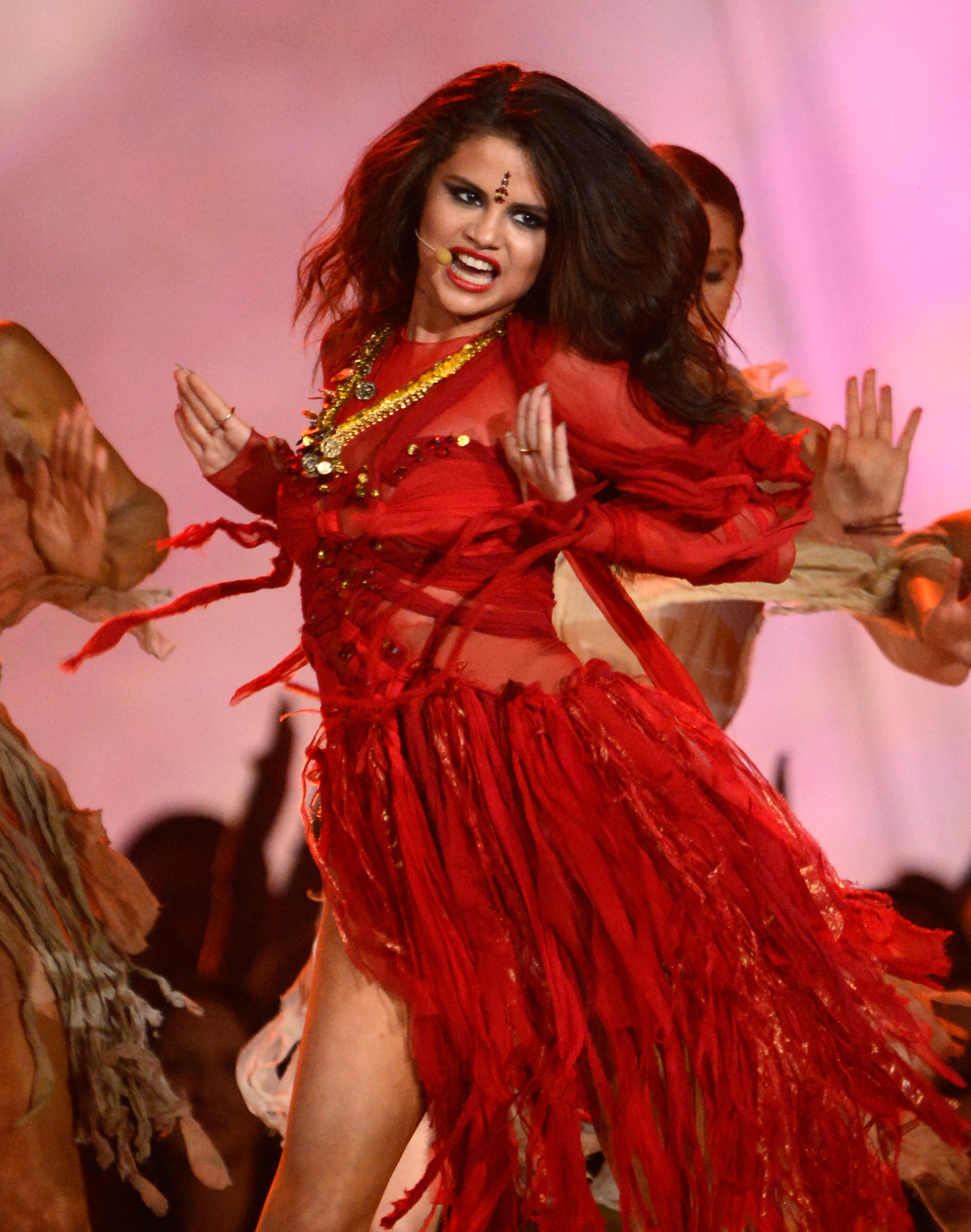 "Even if this isn’t her intention wearing a bindi looks like it’s trivialising religion."

"White women in cornrows doesn’t upset me – but I know it does a lot of people of colour so she shouldn’t have done it" (scroll up for reference). 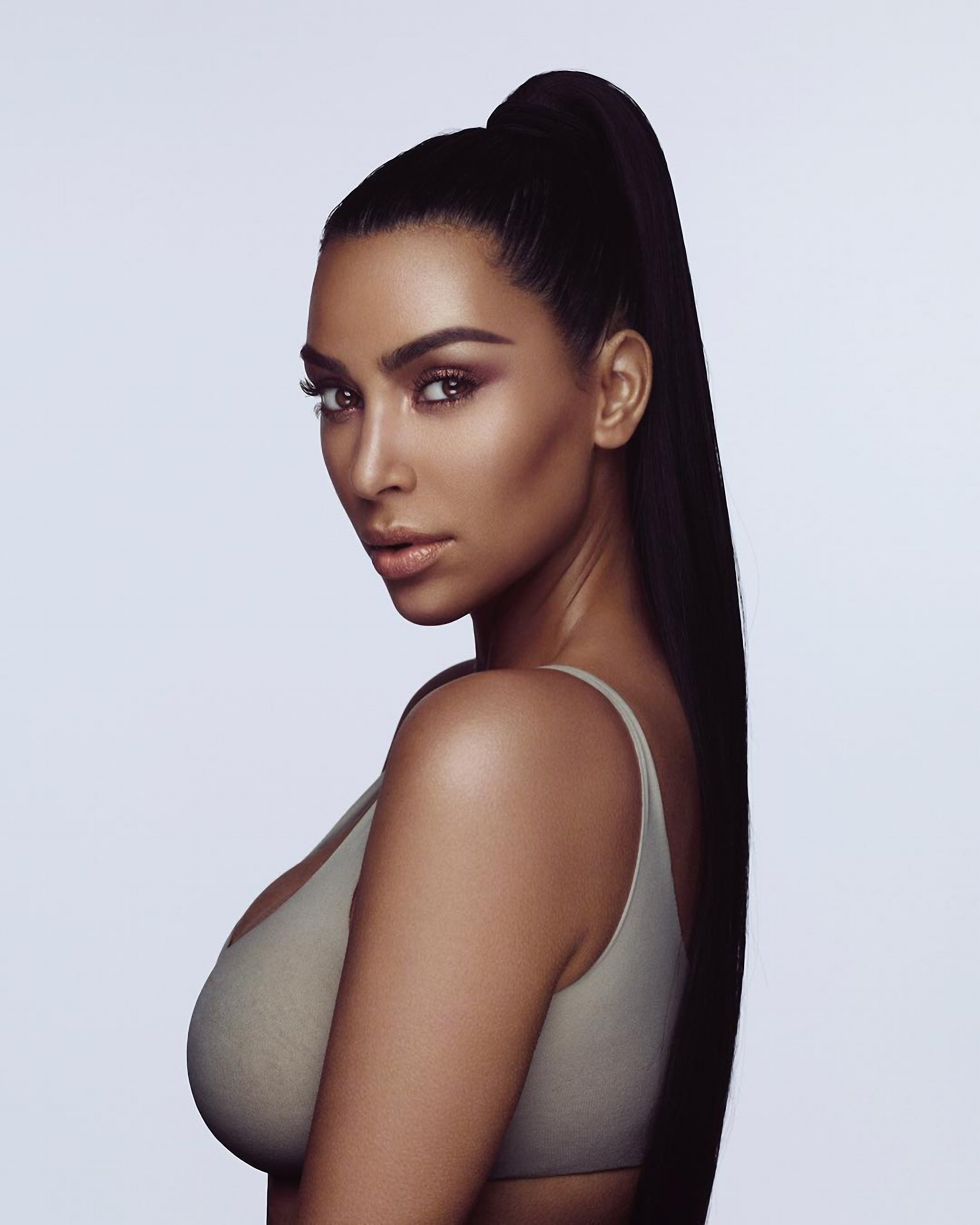 "She’s got dark skin, she’s half Armenian and she’s wearing make-up – in this instance accusing her of ‘black face’ is plain dumb.

"She has been guilty of missteps in the past but in this instance, I would have to defend her." 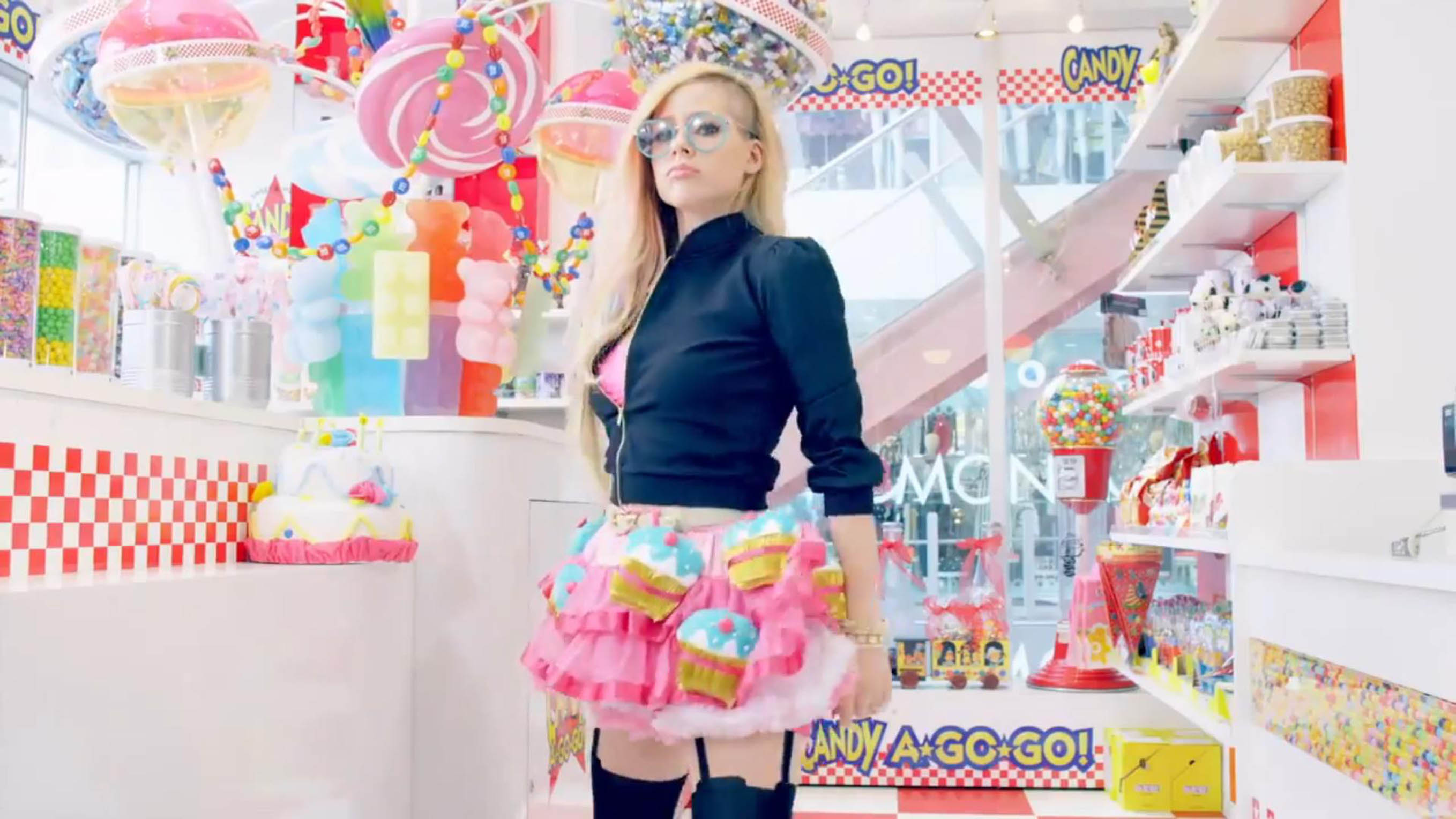 "Again you have to look at the context: she knew what she was doing and why – she’s had a Japanese choreographer and director, she filmed in Tokyo and she has made her appreciation of the culture really clear."

In other celebrity news, stars are sharing nude pictures across Instagram in lockdown.

And these stars love animal print – here is what the bold fashion choice means.

Plus we previously revealed how Gemma Collins is a warrior queen using ‘revenge poses’ to show Arg just what he’s missing, according to a body language expert.