A BRIDE has been slammed online after wearing what users say looks like a "nappy" on her wedding day.

Redditors called the newlywed "tacky" after an image of the woman in her dress was posted online. 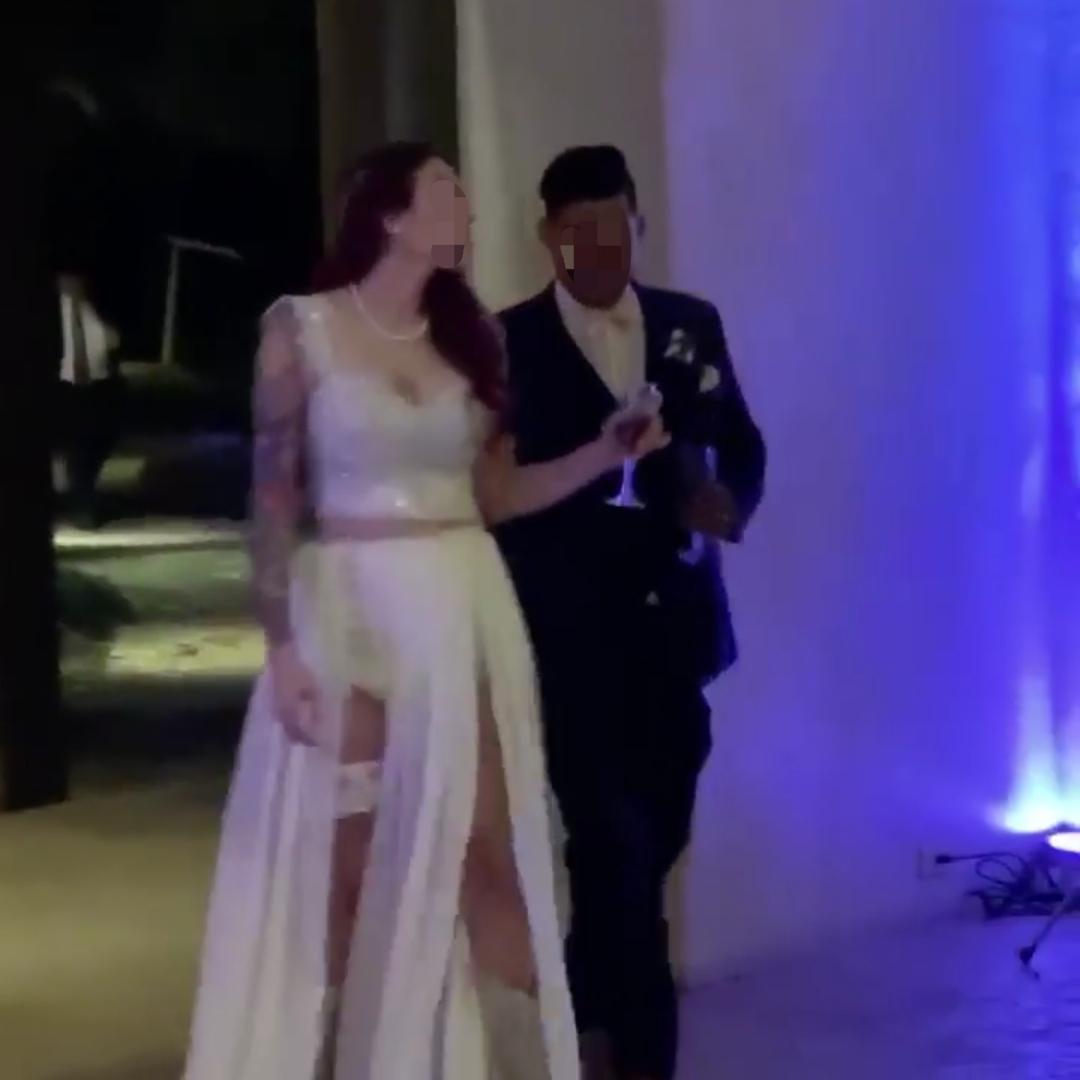 "Bride in a wet diaper with chiffon attached, crop top and cowboy boots," the post read.

The image shows the bride and groom on the dance floor, with the bride appearing to wear a white skirt and crop top combination.

However, thanks to the skirt's cut out strips, the bride's underwear appears to be on show, along with what looks like a garter.

The bride teamed the look with cowboy boots – and other users were not impressed.

One said it "low key looks like a diaper" while another wrote: "Why a diaper?"

Others weren't fussed, with one accusing the poster of "just being jealous" of the bride's style while another called it "cute".

But the bride wasn't the only one wearing steering away from a traditional gown.

Earlier this month, we told you about the woman who was slammed for wearing a wedding dress that some Facebook users deemed to look more like a swimsuit.

The style featured cut-out sheer panels as the bride was captured wading into the sea.

One person wrote: “Are we sure this isn’t a bathing suit cover?” 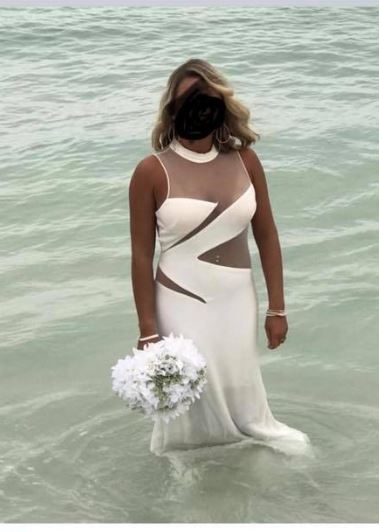 Meanwhile, one bride proved to be the ultimate queen of Halloween after she wore a black wedding dress to her Nightmare Before Christmas wedding shoot.

In other wedding news, we told you how one bride-to-be slams her fiance after he ordered her a £15 engagement ring from Amazon which cost ‘less than a video game’.

We also revealed how a bride cancelled her wedding after raking in £23k of ‘donations’ but still asks family and friends for MORE cash.

And we showed you Don’t Tell The Bride groom branded ‘worst ever’ after arranging CAVE ceremony & her furious family refused to attend.