Nikki Belza, 35, from NYC, claims that she's had to have four breast reconstructions in two years after the tenderness in her breast was wrongly diagnosed as mastitis. 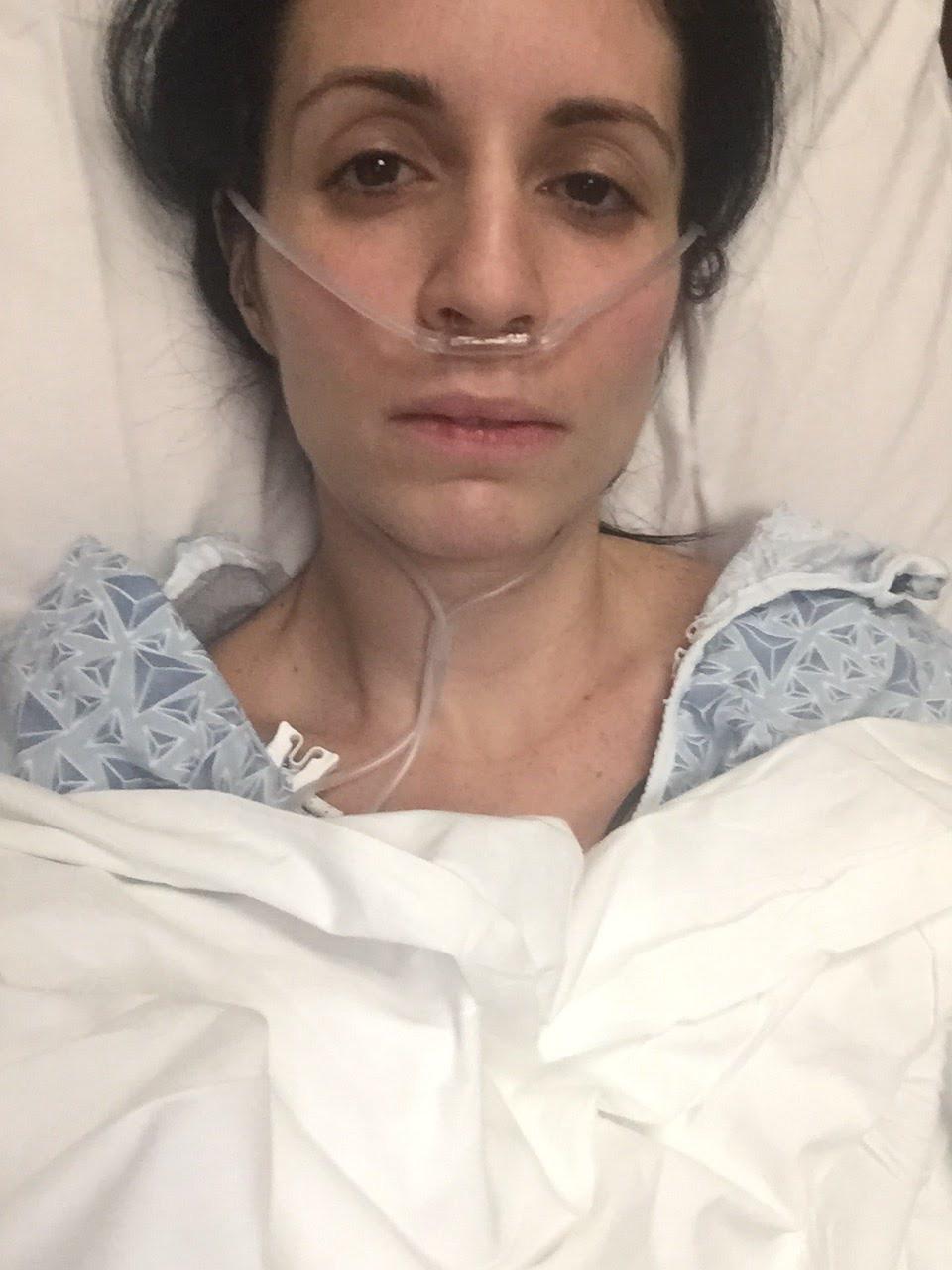 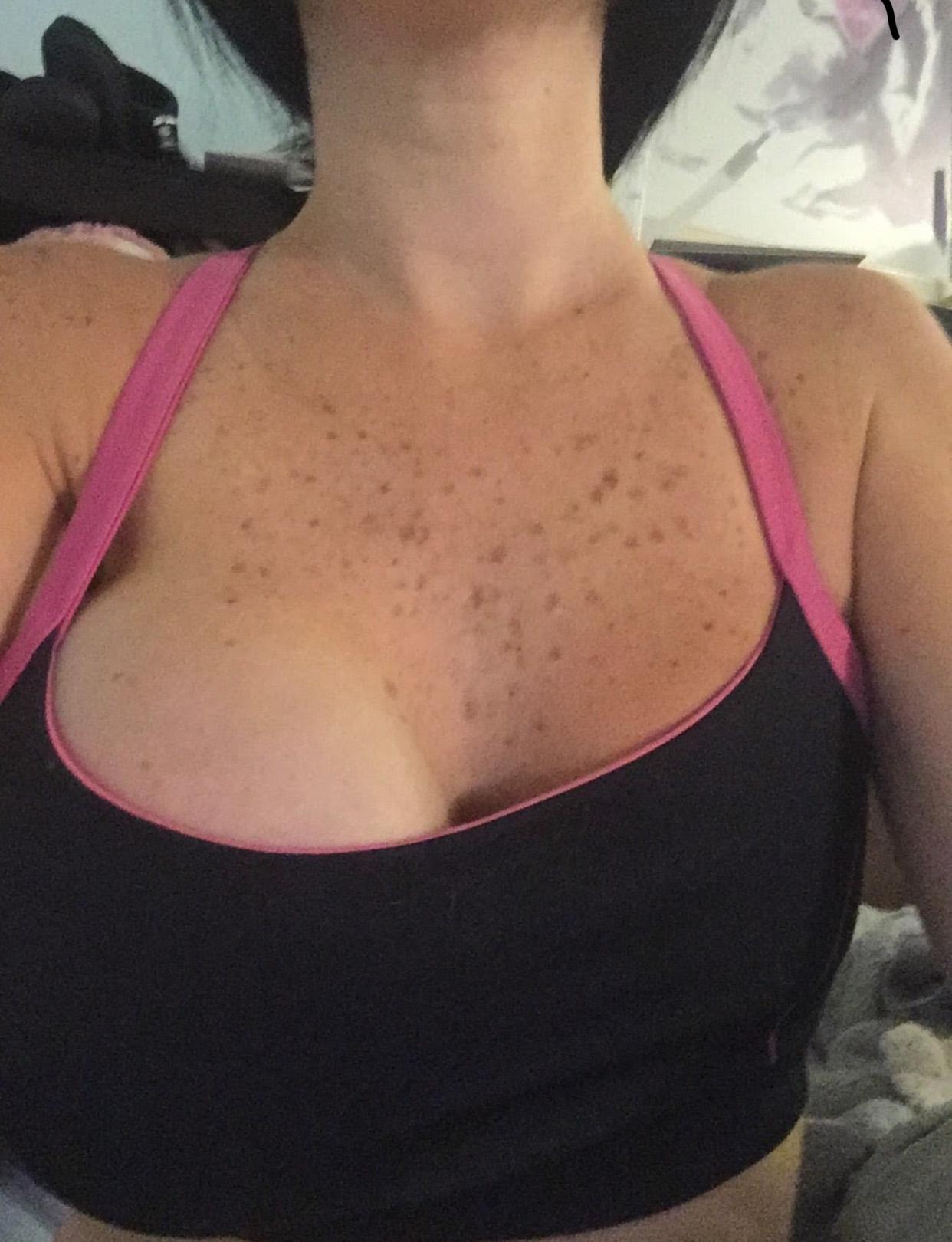 In 2016, Nikki woke up with pain in her left breast and wrote it off as a pulled muscle.

However, her health began to decline during the day and later collapsed at work as a result of the unbearable pain.

“Being a cocktail waitress, we tend to do a significant amount of lifting and vigorous movements every day,” said Nikki.

“I woke up to get ready for work and had mild tenderness in my left breast, as if I’d slept in an awkward position, so I wasn’t overly concerned. 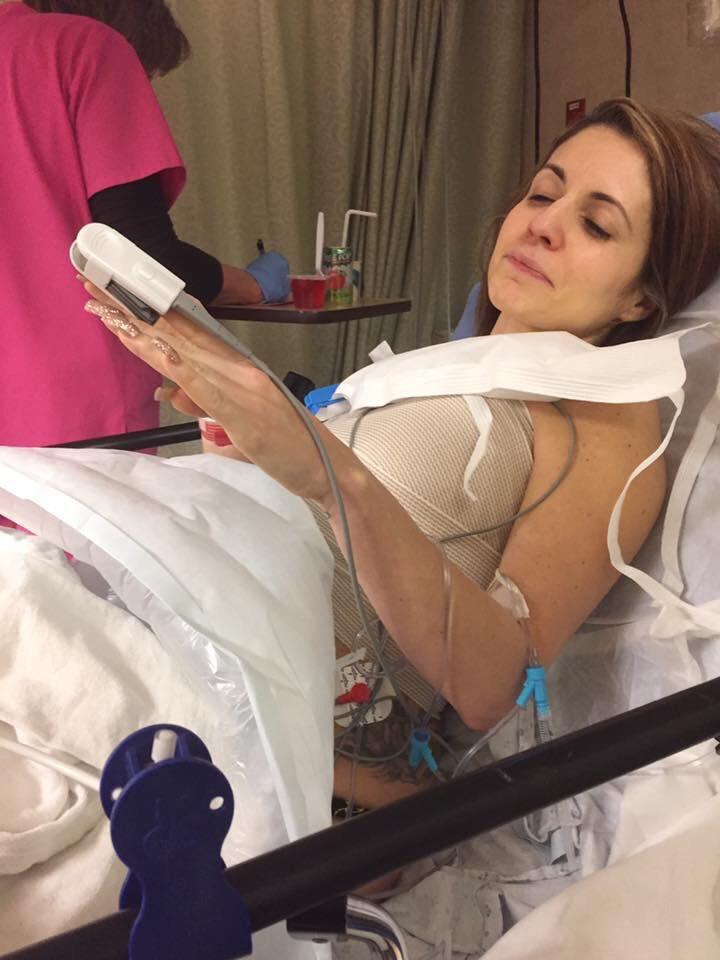 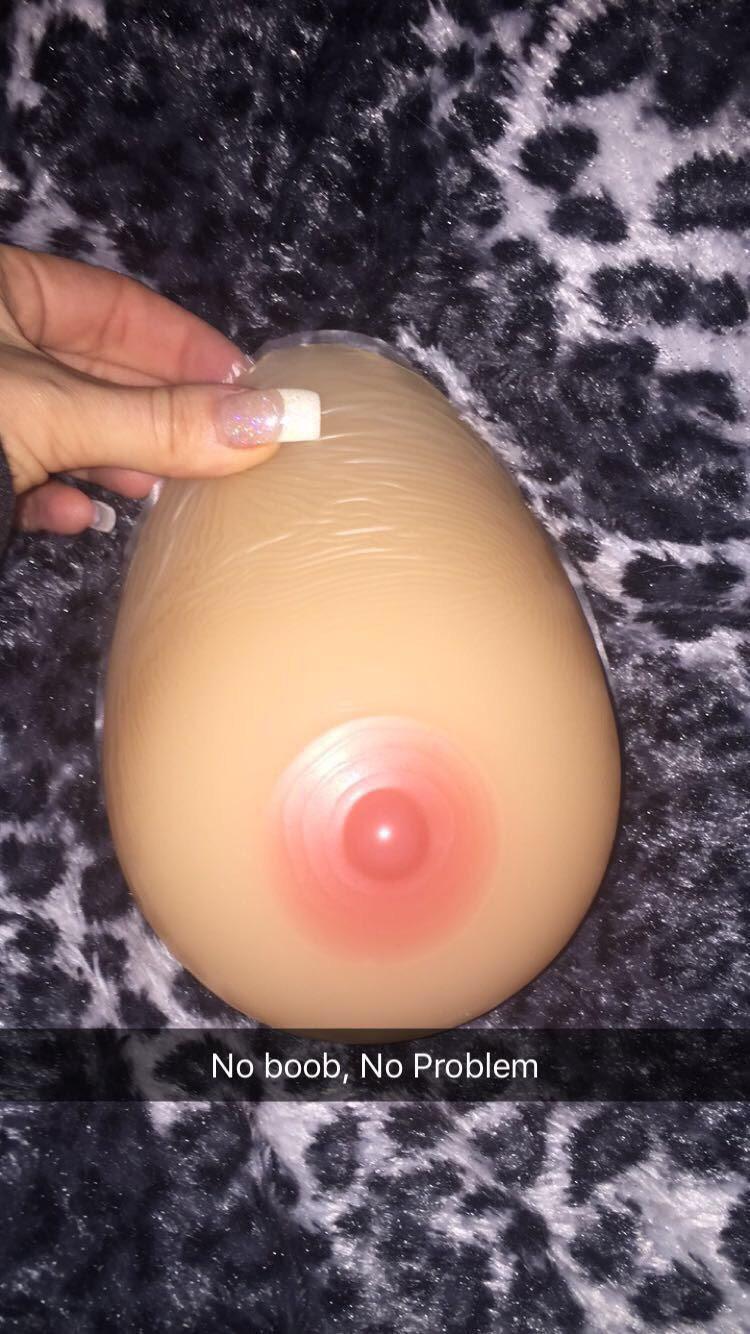 “I arrived at work and started setting up the club, but my minor pain started to escalate. I still wasn’t too worried because I only felt like I’d sprained a muscle.

“Within an hour of my shift starting, it quickly became unbearable. My husband works at the same club and started later than me, so he was going to bring me an anti-inflammatory pill. But my pain skyrocketed for what seemed like no reason."

Her husband CJ drove her straight to hospital but Nikki claims that docs didn't carry out a full infection and she was sent home with painkillers for what they believed was a simple inflammation caused by her breast implant.

She recalled: “When we arrived at hospital, I was still in my revealing cocktail waitress uniform of a corset and fishnet stockings because I was in too much pain to change clothing. 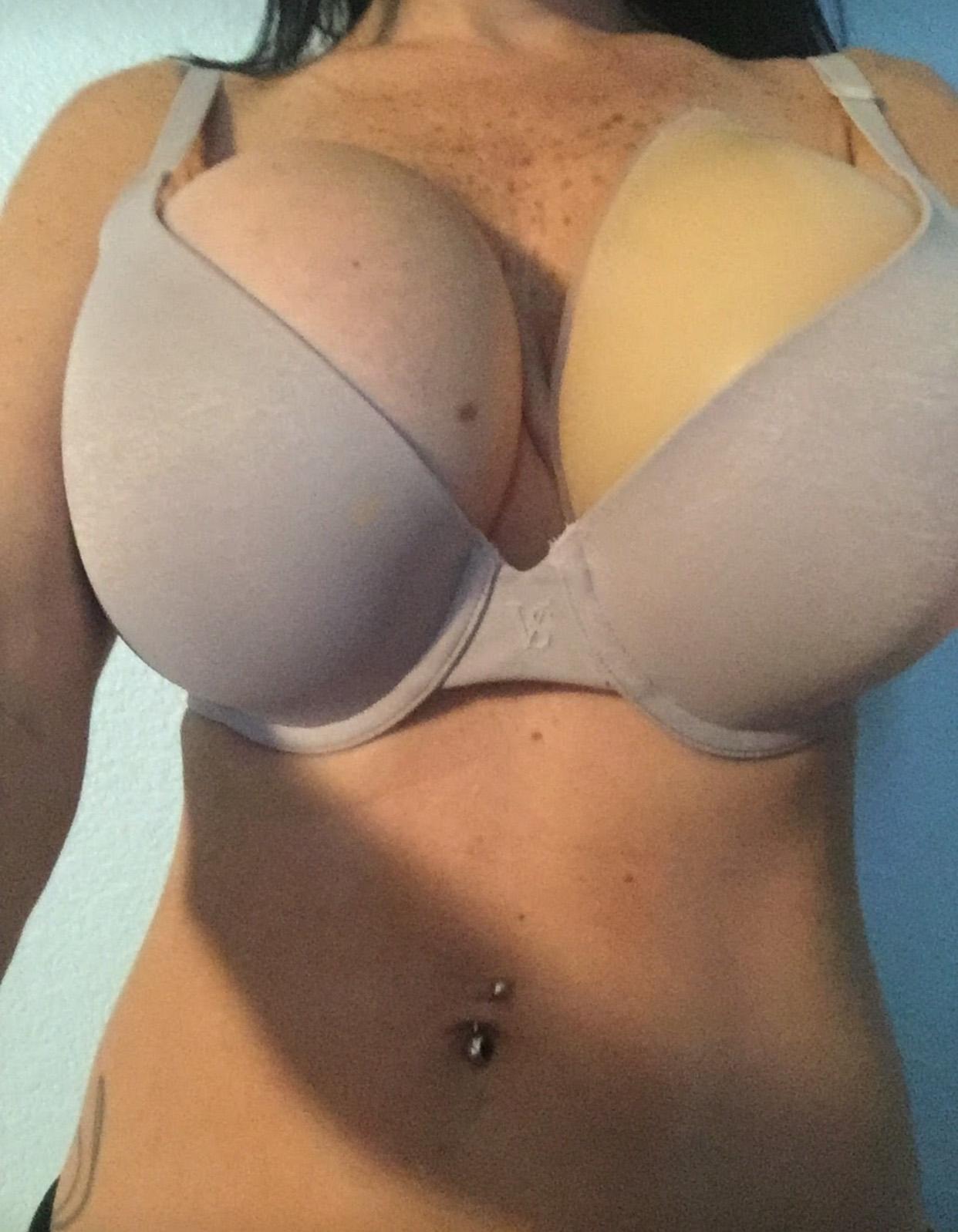 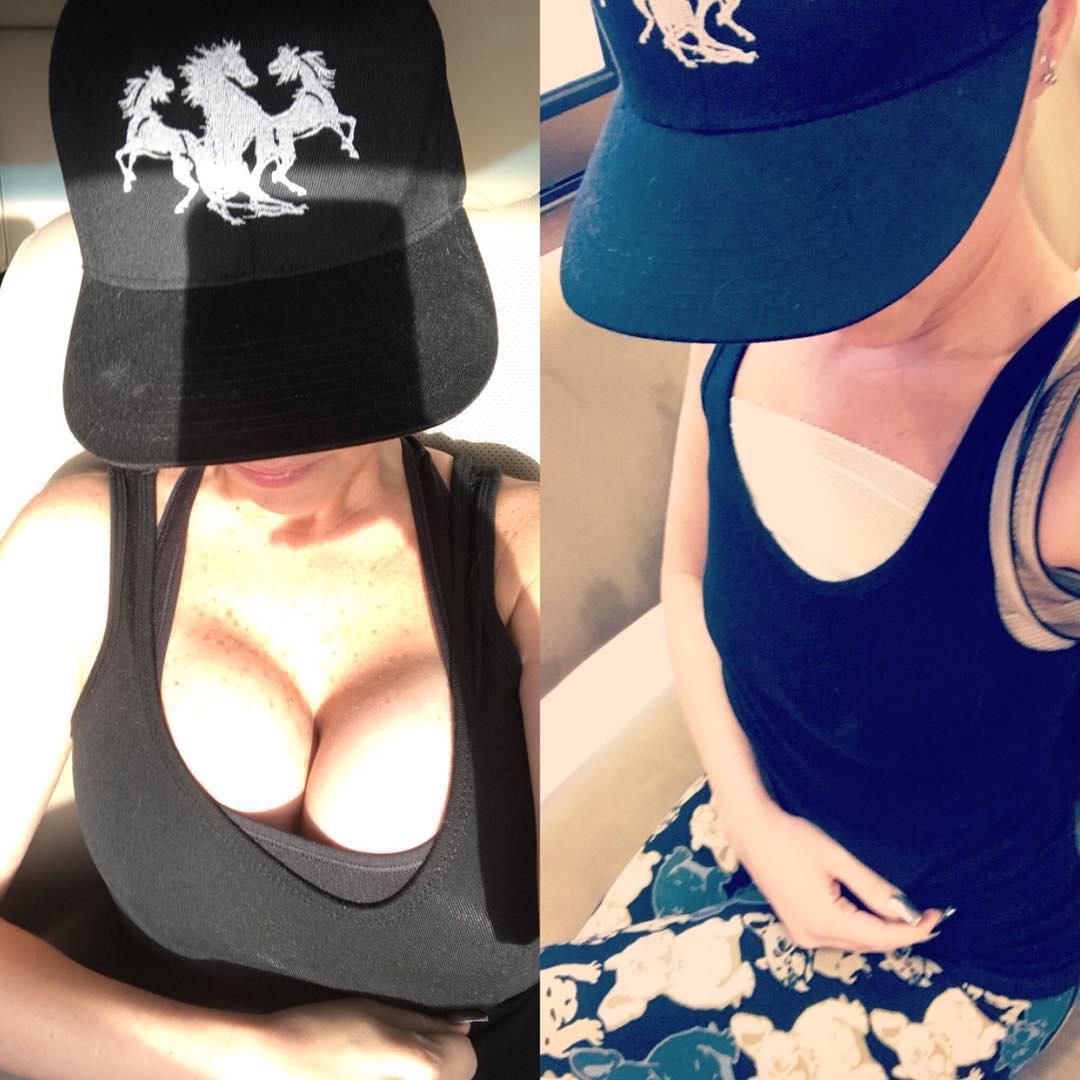 “The initial visit wasn’t helpful because they gave me painkillers and told me it seemed like a plastic surgery problem which they wrote off as inflammation and sent me home. That move almost took my life."

Eventually, CJ called Nikki's plastic surgeon who was out of town, expressing his fears for his wife's deteriorating condition.

Nikki's surgeon flew back the following morning and blood tests soon revealed that Nikki was in septic shock.

Due to the severity of Nikki’s condition, her surgeon said that unless she had her left breast removed, she had a 50 per cent chance of dying from sepsis. 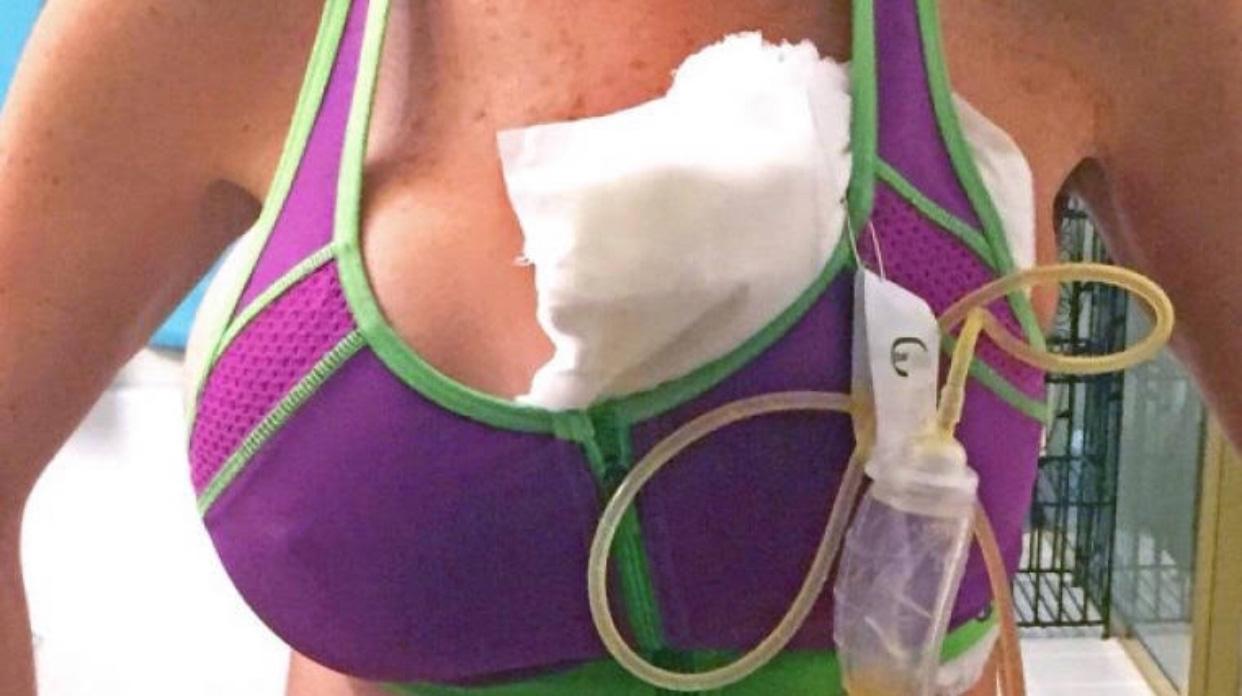 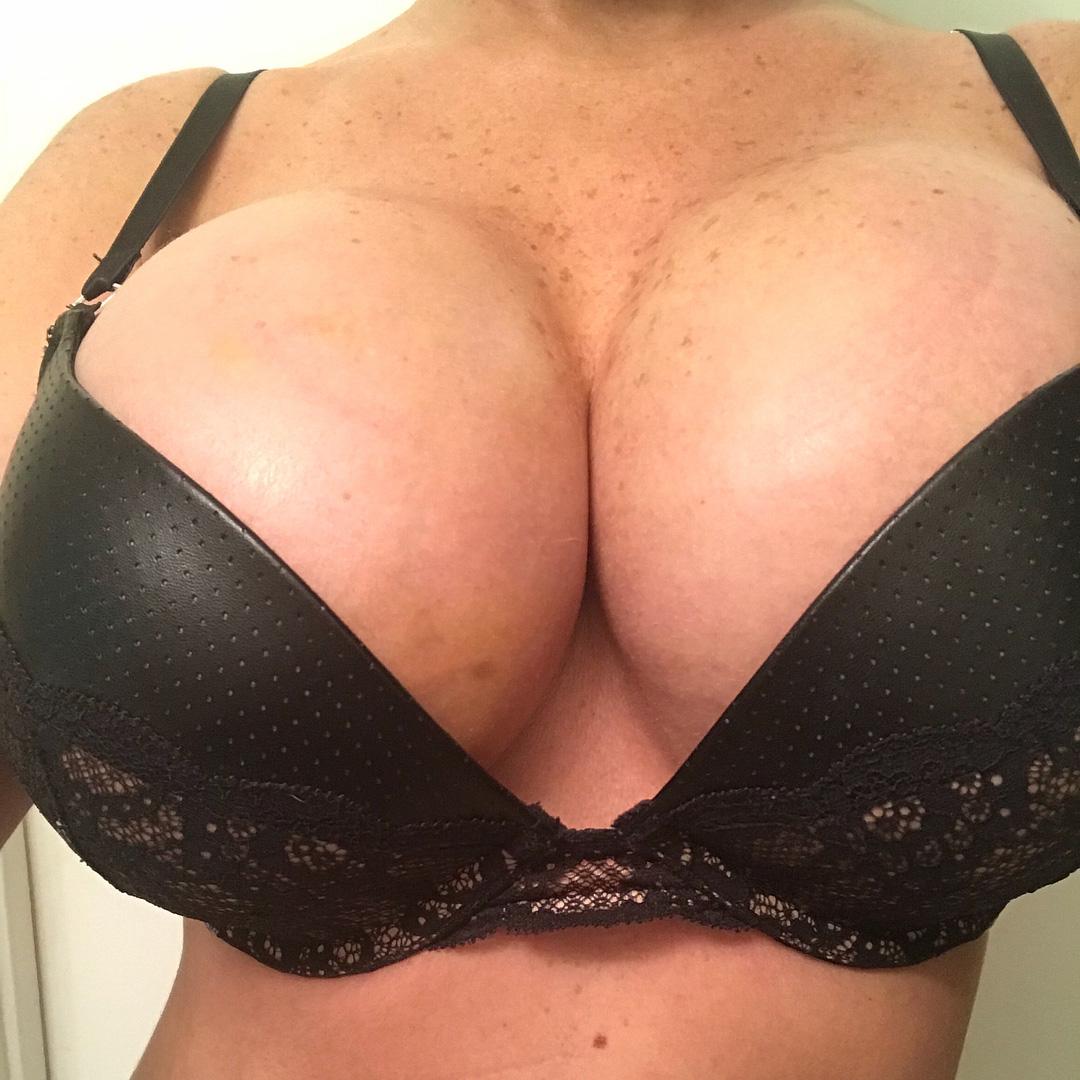 Nikki had contracted sepsis from a strep infection in her breast pocket, which ultimately spread into her blood.

She was given two choices: have surgery to remove the breast or wait it out on an IV with antibiotics.

"With my symptoms, there was a higher than 50 per cent chance that I would have died so surgery was my only option.

“We all decided that removing one implant with all the breast tissue would be the safest and quickest option, and it would keep the infection from infecting my other side as well. So, I spent the next five days in ICU being treated.” 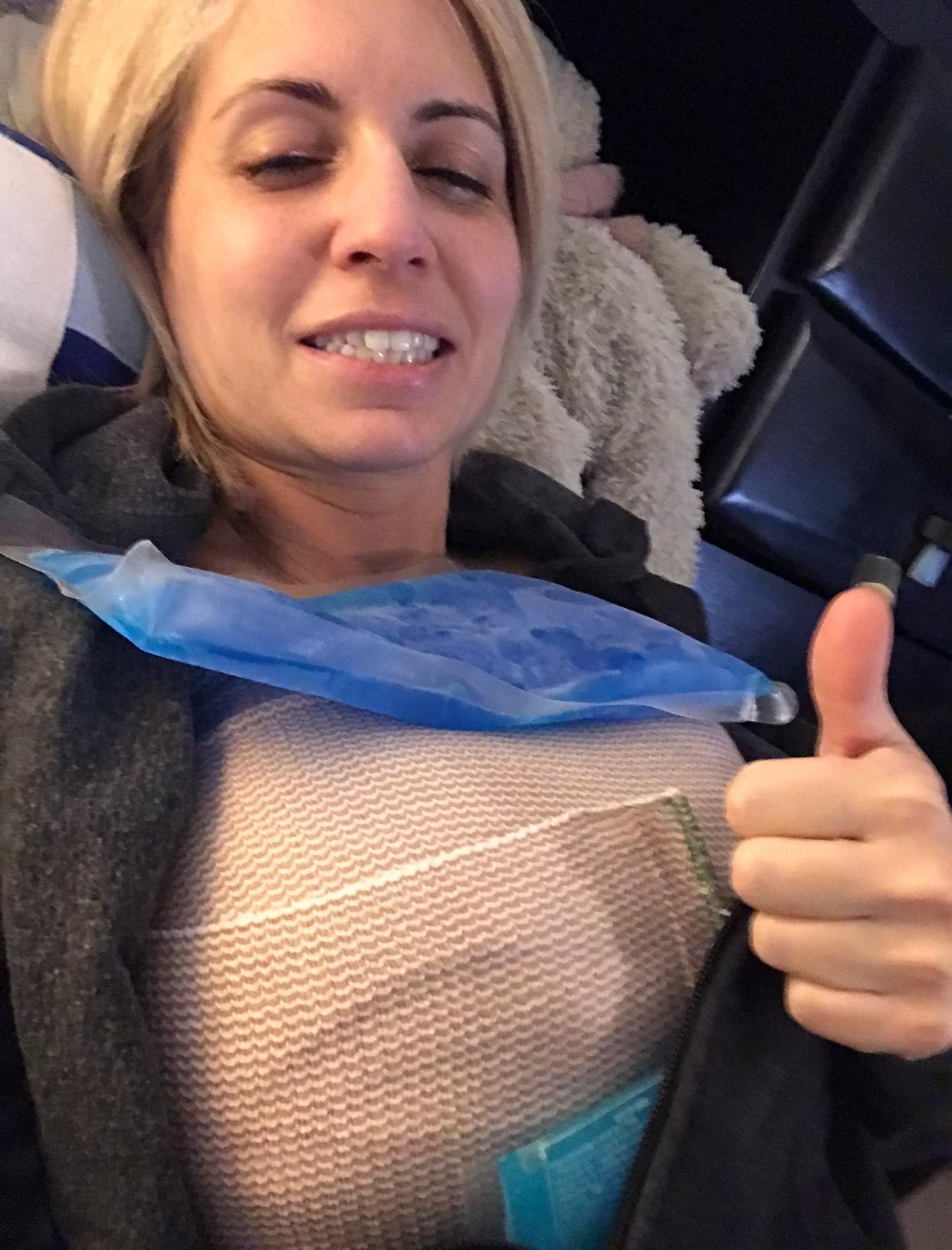 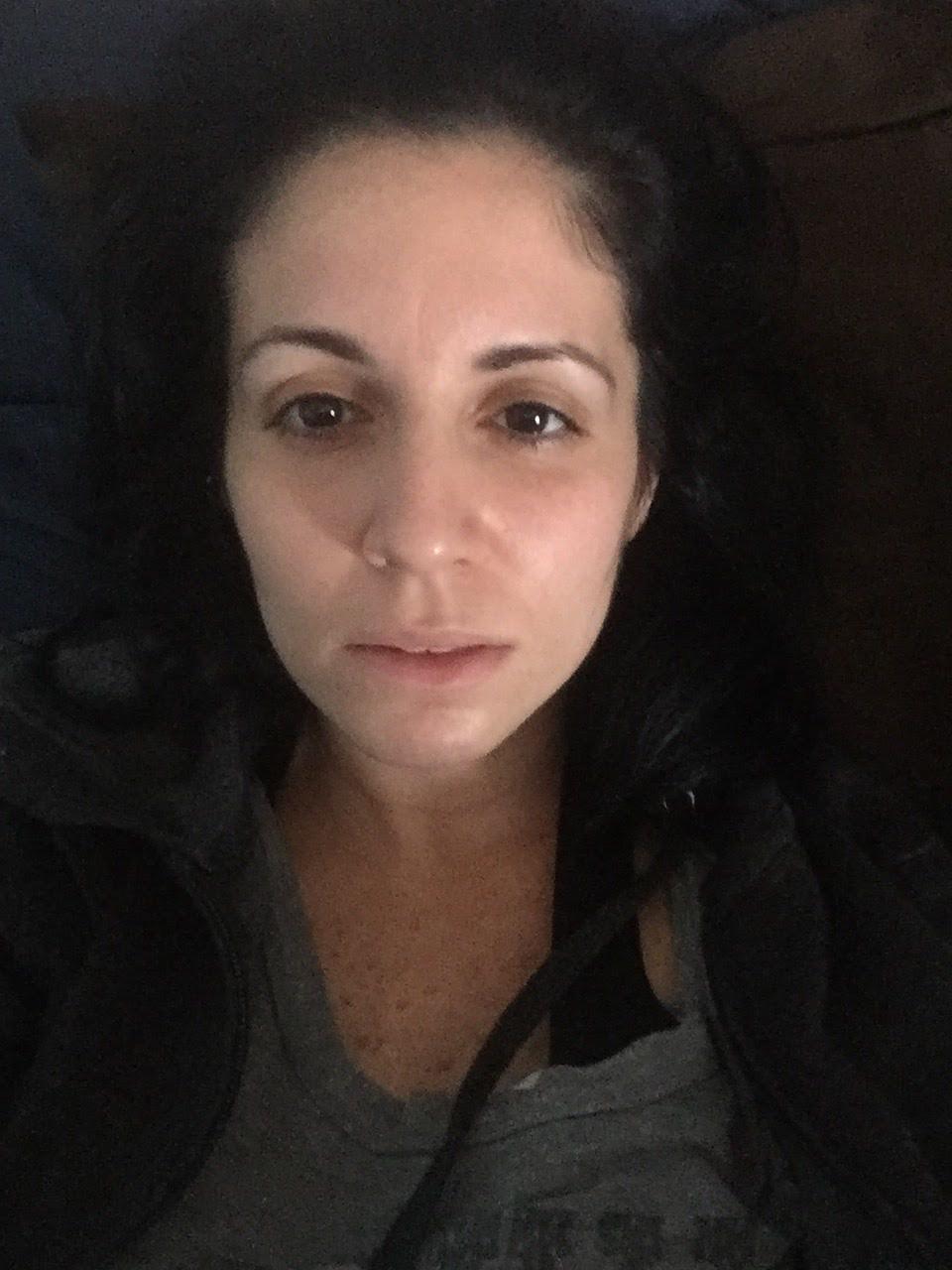 Nikki has undergone four corrective breast surgeries to repair the nerve damage and scar tissue she was left with.

She now lives with just one breast which she admits has been very difficult to come to terms with.

Now, Nikki hopes to make more people aware of their own health and to raise awareness for sepsis, about which so little is still known.

“Surviving sepsis made me mentally stronger than I ever thought I was,” said Nikki. 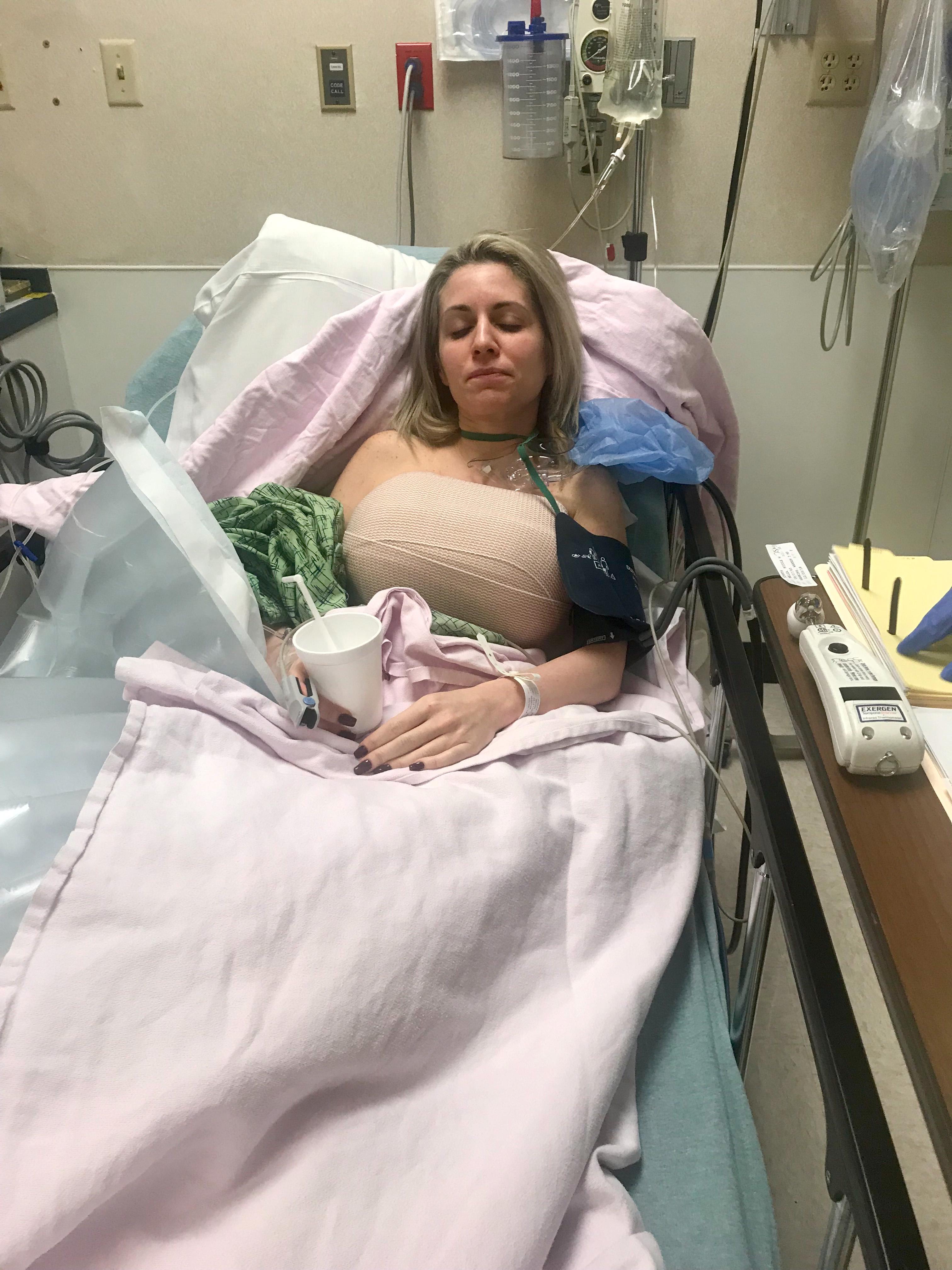 “There was nothing I could do to prevent my situation as I showed no signs or symptoms of infection until it was much too late."

She says that her infection has made living in Las Vegas, where she works, really hard – because it's such a glam city.

“I still have many lasting effects from the whole experience, including post sepsis syndrome which made my hair turn almost completely grey, shakiness, a low immune system and an inability to regulate temperature. I’m always freezing or uncomfortably hot. 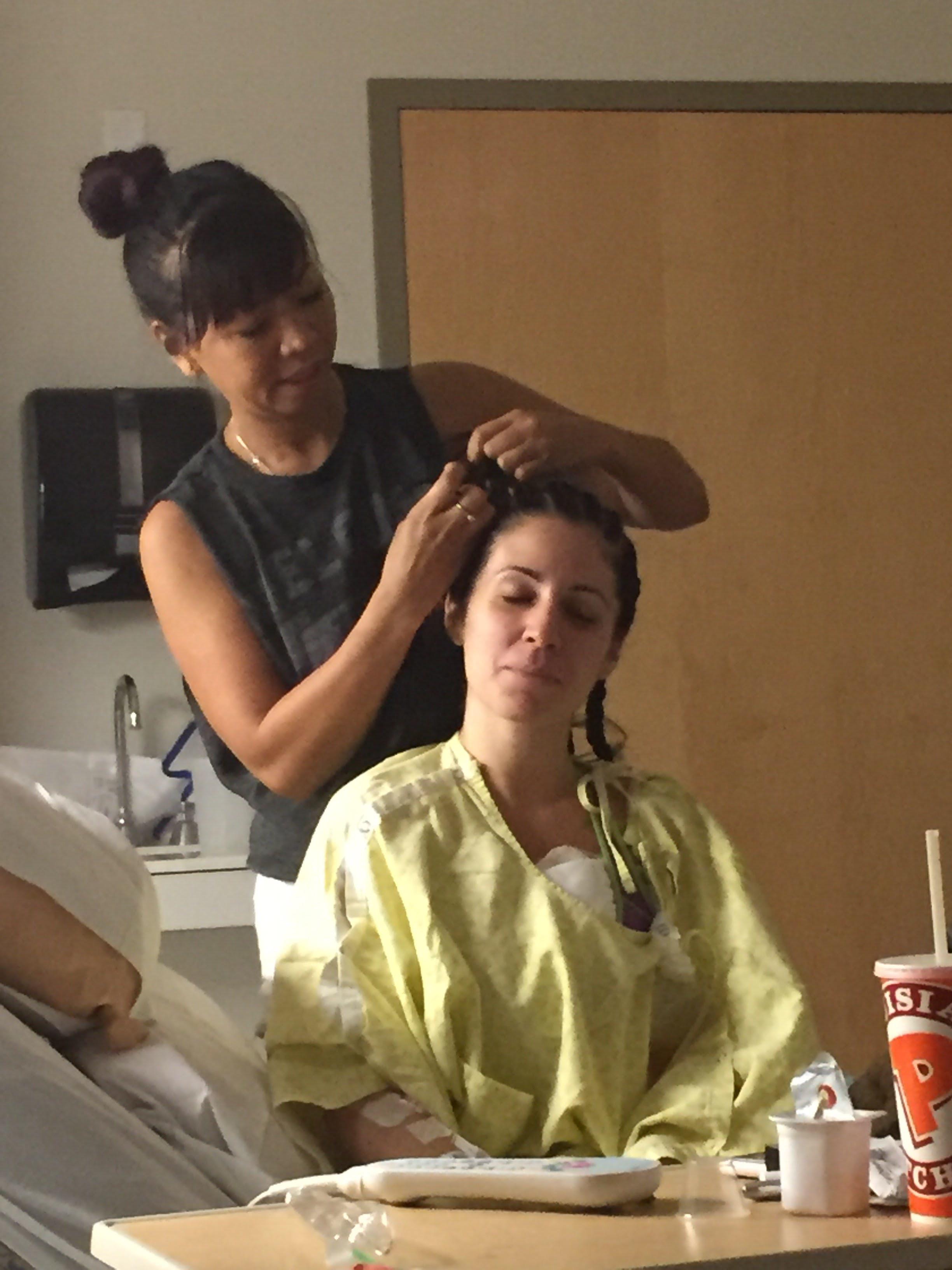 “People sometimes don’t realise that besides your health, after going through such an illness, mastectomy patients feel like they’ve had closure when things go back to how they once were."

She says that she hopes her story will help people become more aware of how common and devasting sepsis can be – despite her own case being pretty unusual.

She maintains that her infection wasn't caused by having boob implants in the first place.

“Losing my breast temporarily may have saved me because sepsis is known to spread so rampantly in your blood. It could have infected nearby organs like my heart and my lungs.

“My message would be to always be aware of your body and health. If something hurts, then pay attention because your body is telling you something.”