MEASLES can not only be itchy and painful, the condition can actually be life-threatening. 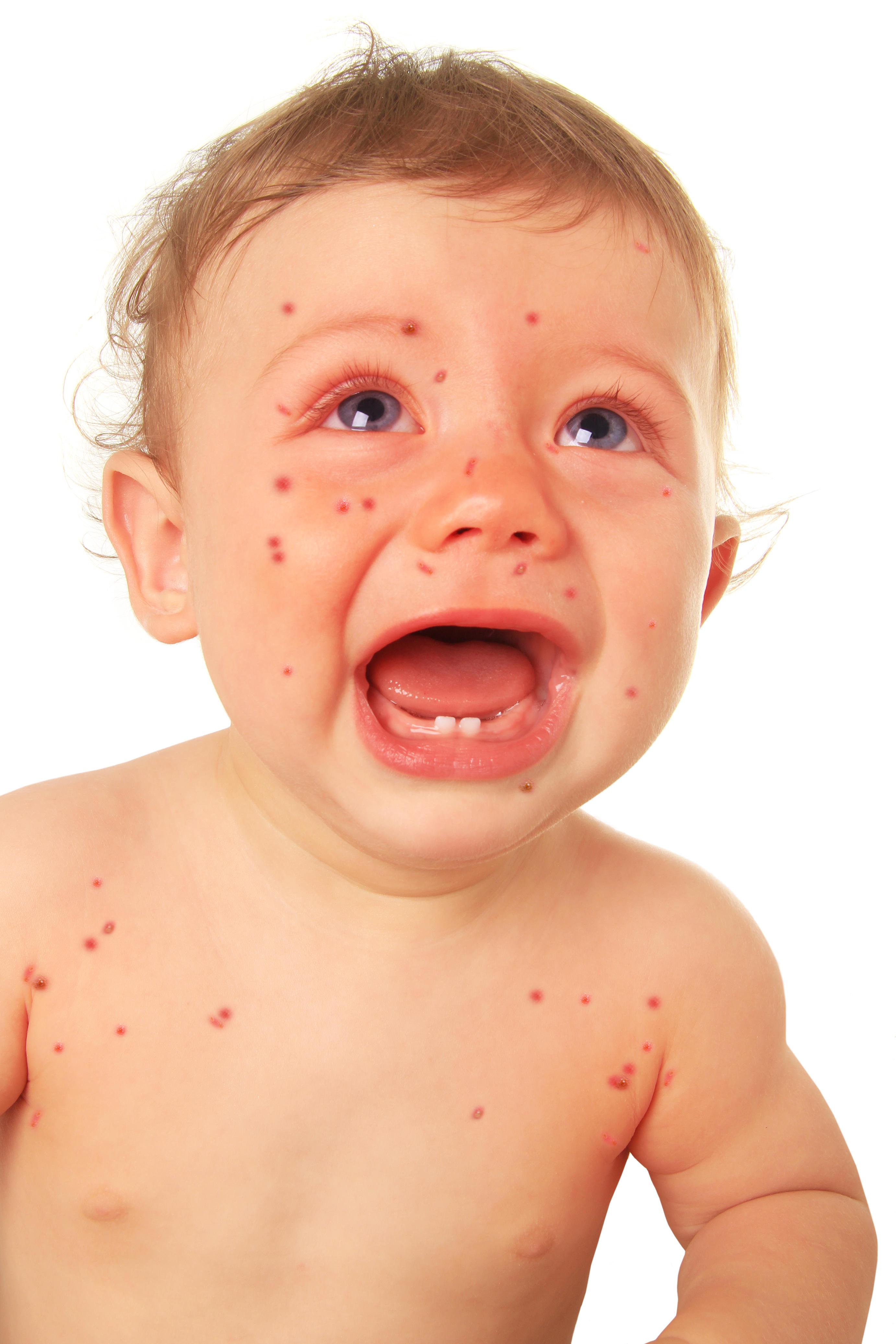 Measles is a highly contagious viral illness that can be prevented by taking the MMR vaccine.

Because of the medical injection available, cases are relatively uncommon. But instances can spike rapidly if an outbreak occurs.

While the infectious condition often clears up in under two weeks, it can sometimes lead to life-threatening complications.

Although measles can affect people of any age, and we have seen outbreaks among university students, it is most common in young children. 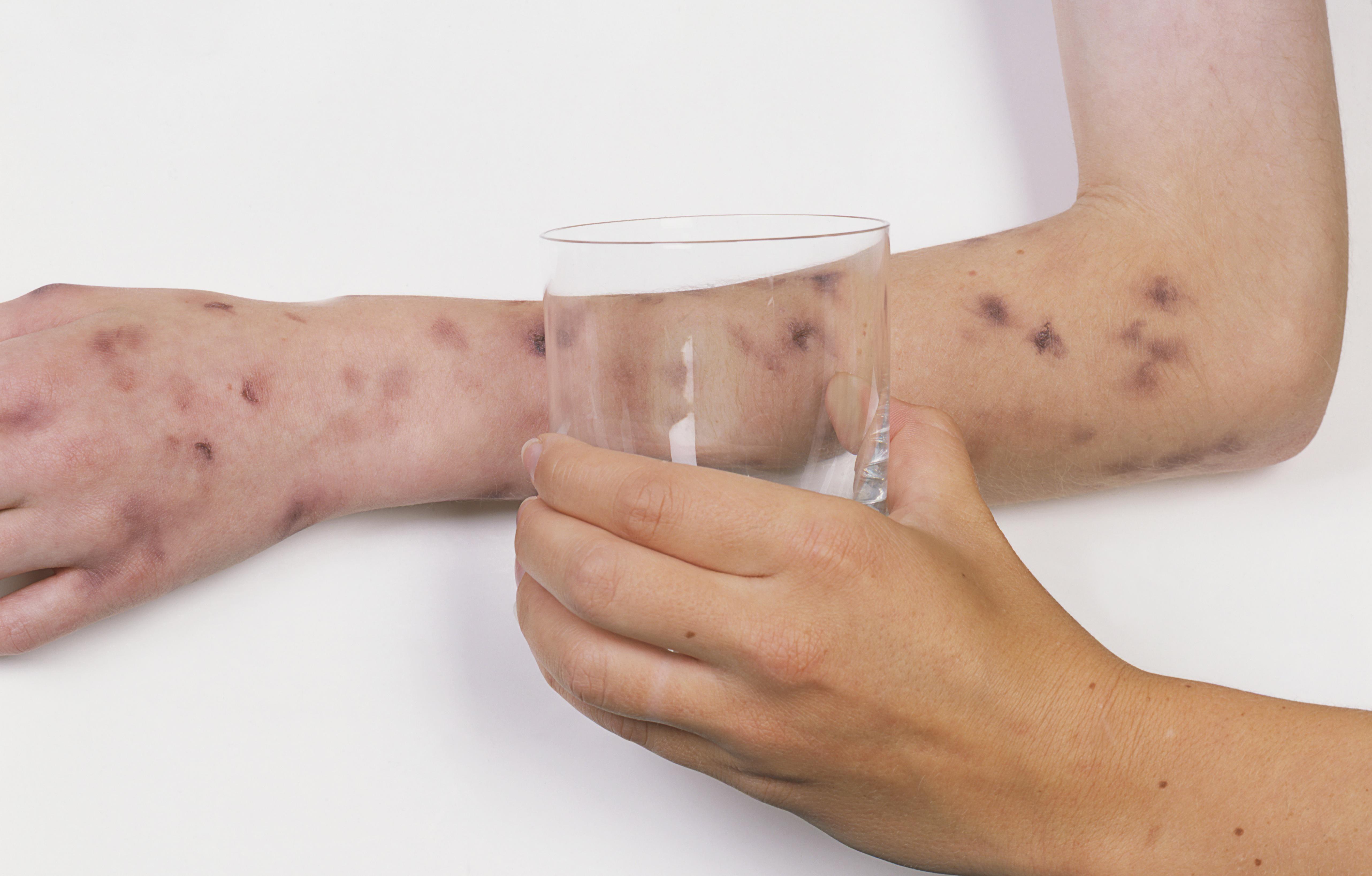 Public Health England has confirmed the UK has seen a rise in cases in 2018, with 643 confirmed cases of measles so far this year, compared to just 267 for the whole of 2017.

Health experts have said it is part of a rise in cases across Europe.

The year began with the announcement on January 16 that an outbreak of potentially deadly measles had spread to FIVE regions in England – with parents urged to check their tots' MMR vaccinations – 122 cases of the highly-contagious bug were confirmed.

On January 25 it was reported that 140 cases had been reported across England in the five areas – West Yorkshire, Liverpool and Cheshire, Greater Manchester, West Midlands and Surrey and Sussex.

However, measles cases have now reached a EIGHT YEAR high across Europe with more than 41,000 recorded in the first six months of this 2018 and a total of 37 deaths.

The global health body said France, Georgia, Greece, Italy, Russia, Serbia and Ukraine have had more than 1,000 cases each in 2018.

How is measles spread?

The illness is highly contagious and is easily spread from person to person.

Viruses can be expelled when an infected person coughs or sneezing.

These can then be inhaled by someone who comes into contact with droplets, which may remain in the air or settle on a surface.

Spending just 15 minutes with someone who has measles can lead to the disease spreading. 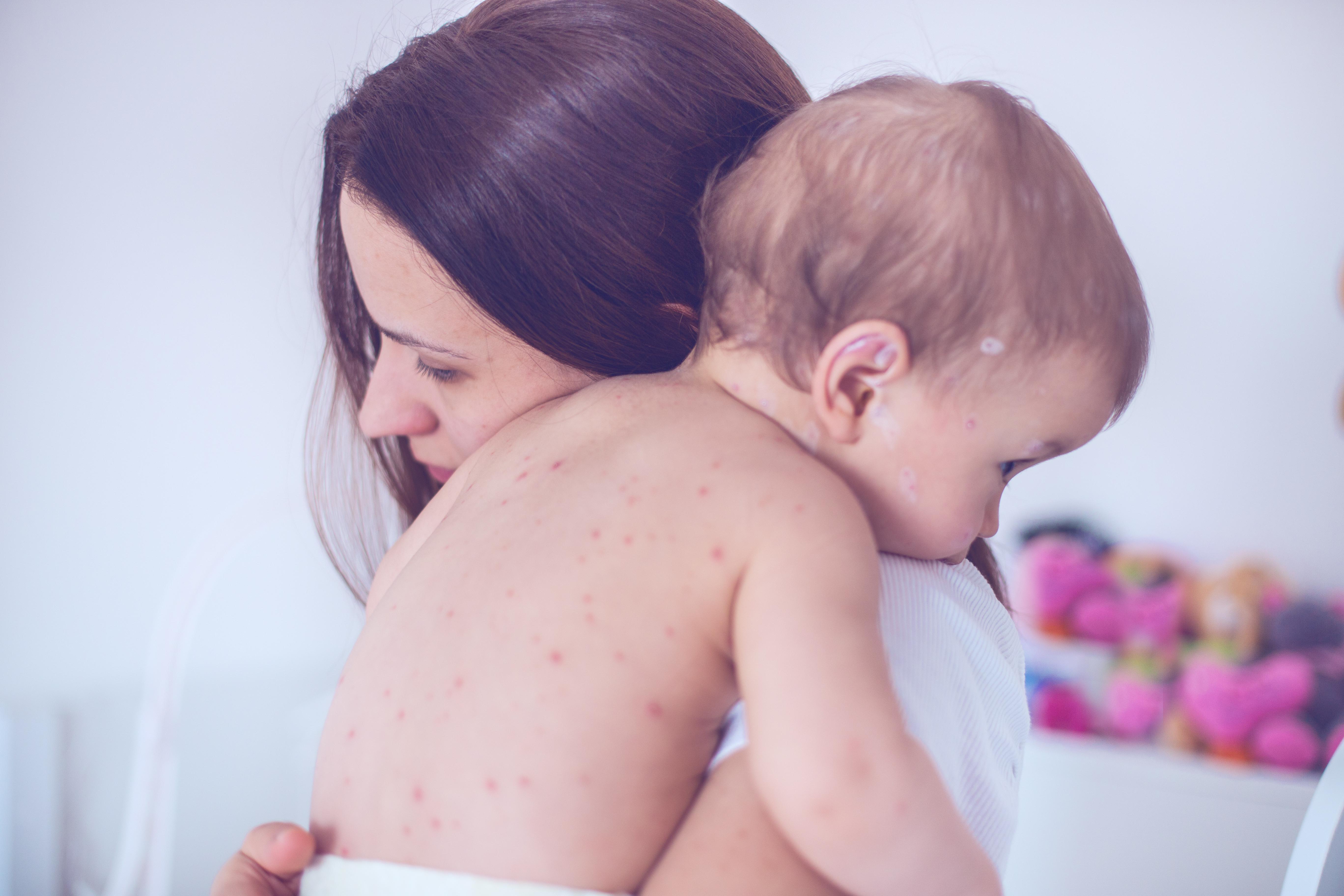 What are the symptoms of measles?

Approximately 10 days after the illness is contracted, signs become noticeable.

The NHS outlines the initial symptoms of measles…

A few days after these flu-like symptoms manifest, a rash often begins to appear.

Distinctive red-brown blotches spring up on the body, typically beginning at the upper neck and spreading downwards.

Severe complications can occur, including miscarriage in pregnant women, brain swelling and the risk of death from pneumonia.

What to do if you think you have measles 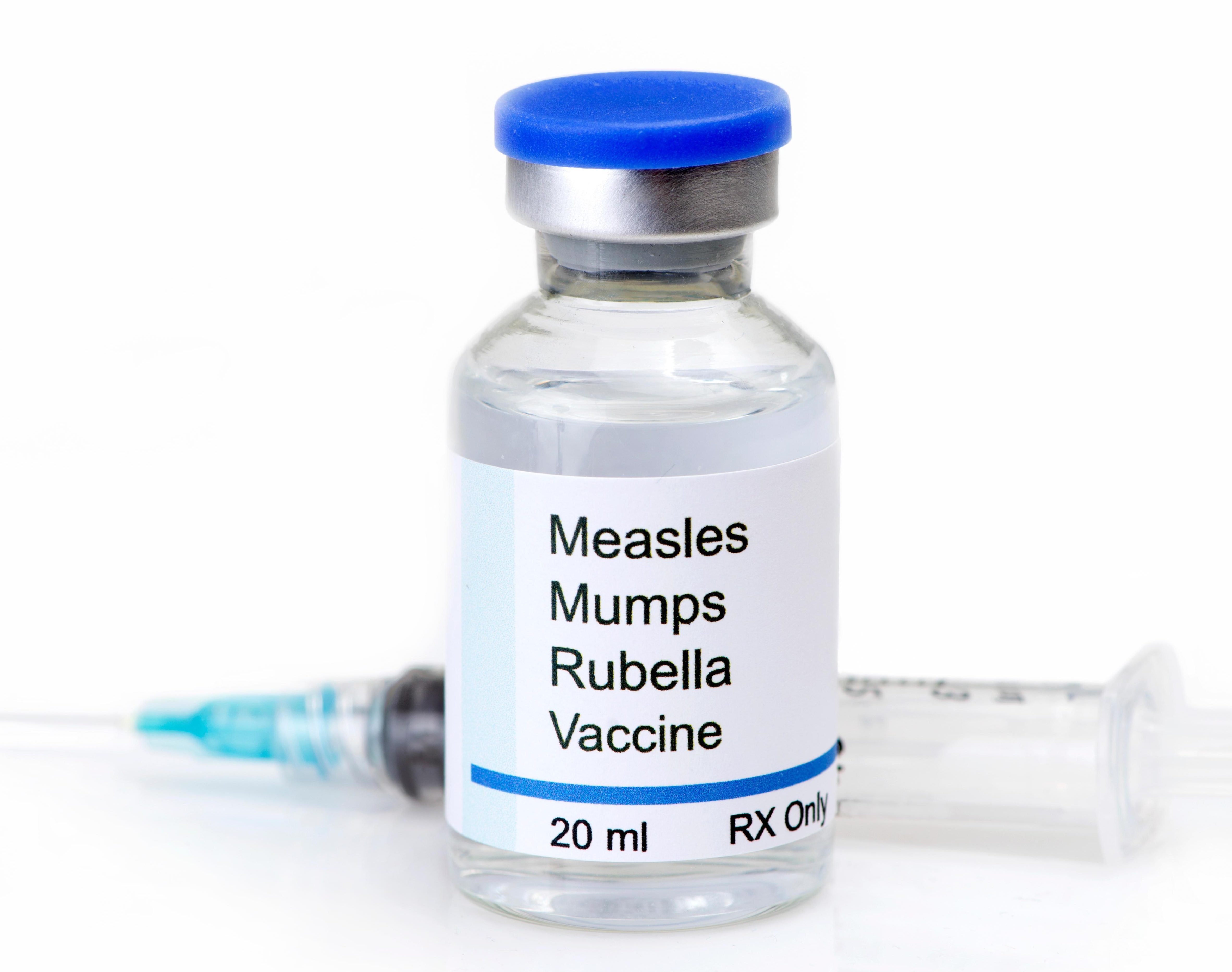 If you suspect you or one of your family members is infected, notify your GP to arrange an appointment.

Make sure to mention measles on the phone, so your doctor’s surgery can make necessary arrangements for you.

To reduce the risk of the virus spreading, avoid as much human contact as possible.

How is measles treated?

In the majority of cases, measles clears within a couple of weeks.

To help alleviate your symptoms during this time, it may be advisable to take some painkillers, such as ibuprofen or paracetamol.

Drinking plenty of water and getting some rest will also help the body to recover from the virus.

In severe instances, patients may be admitted to hospital for treatment.

Should you vaccinate yourself against measles?

In rare cases, measles can be fatal.

Worryingly, the contagious symptoms can even lead to other complications, including ear infections, pneumonia and even meningitis.

Adults and children over the age of six months are able to get a MMR vaccination to ward off the illness.

The NHS advises: “It’s never too late for your children (or yourself) to ‘catch up’ with MMR vaccination if they missed it earlier.

“Children up to the age of 18 and adults without immunity should have a catch-up MMR vaccination.” 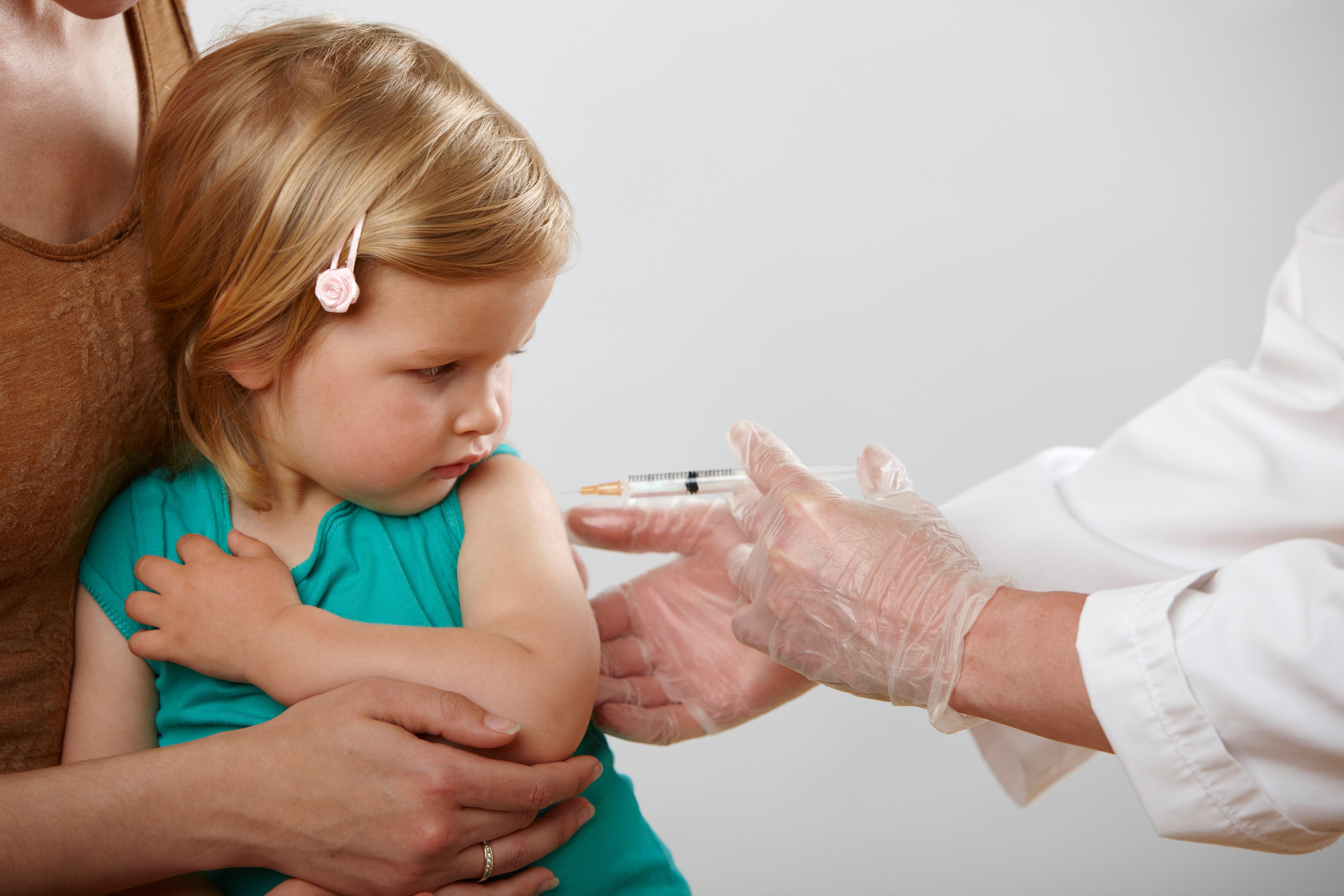 How can you get vaccinated against measles?

The MMR vaccination is free for adults and children on the NHS.

To get your MMR jab, ring your local GP practice and ask for an appointment.

The vaccination is completed in two doses, which will be administered a month apart.

Babies under the age of six months can’t get vaccinated against measles.

The NHS recommends: “The best approach for children under six months is to try to avoid them having any contact with measles.

“It’s also a good idea to make sure the rest of your family have had the MMR jab, especially if you are planning to visit an outbreak area, as the greatest risk is in the household.”