WITH a new series of Channel 4's Naked Attraction hitting our screens at 10.20pm tonight, we've often wondered… what really goes on behind the scenes at telly's rudest show?

From auditioning nude over WhatsApp to signing contracts about your pubic hair, there's a lot of secrets… 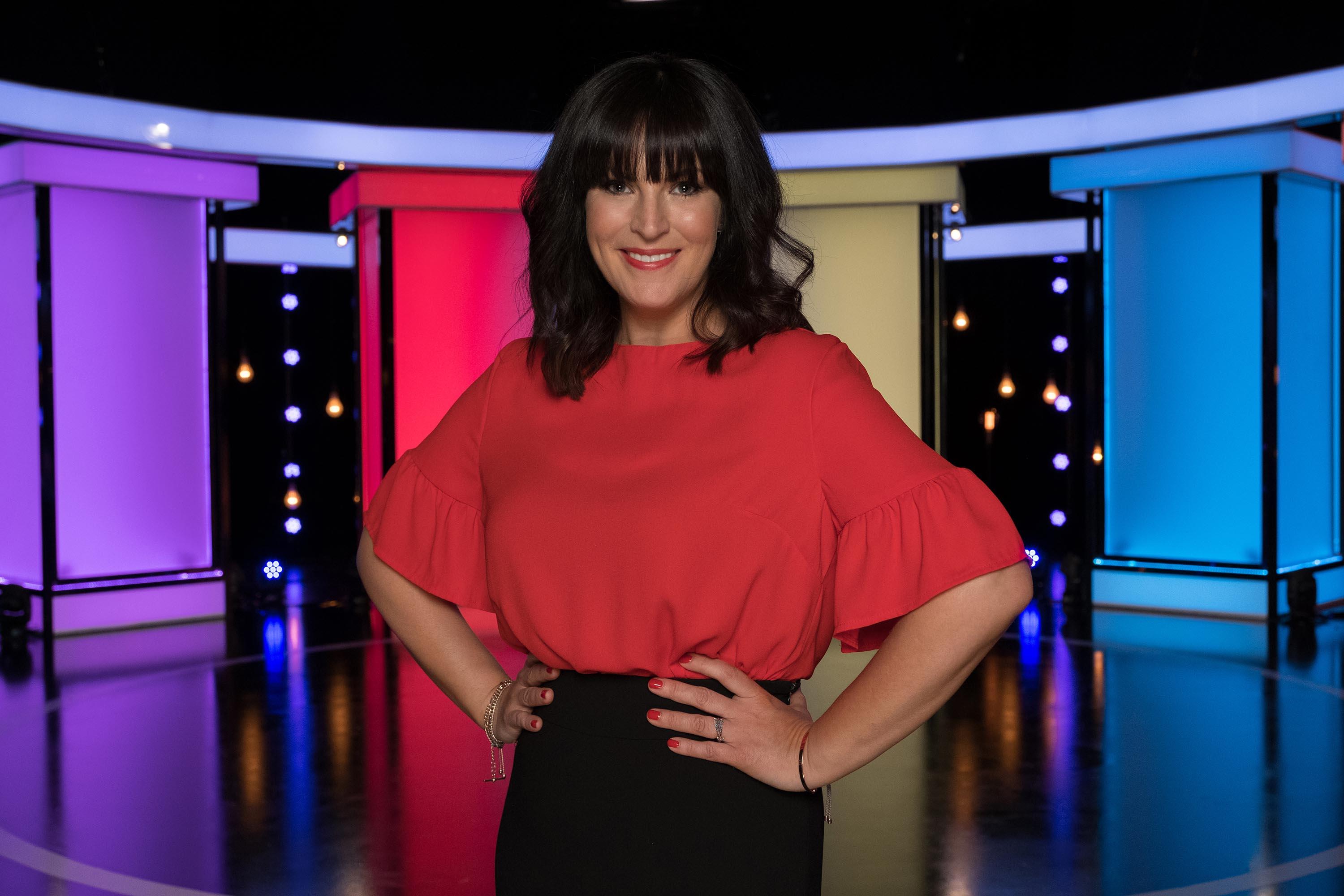 Fabulous Digital chatted to two former contestants about what it's like to show your privates to two million people.

'I got naked on WhatsApp in front of two strangers'

Clare was feeling down about a relationship breakdown when she received an Instagram message from the Naked Attraction producers, asking her to be on the show. 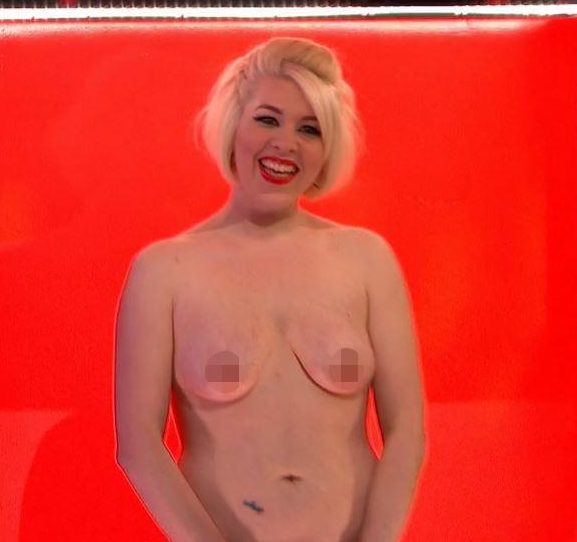 “I couldn’t believe it. I don’t know how they found me!” Clare, a hairdresser, told Fabulous Digital.

“They arranged a video chat with me via my mobile. They asked me what I liked in a man. I told them I liked a medium-sized penis.”

Then – at their request – she stripped. “I was in my kitchen and I just whipped off my dressing gown," she said.

"I turned around and they examined me. They complimented my physique which was flattering.”

Clare said it wasn’t awkward and she felt totally comfortable. “I was in my own home and there was a man and a woman interviewing me,” she said.

“I knew if I was going to get starkers on telly I had to be comfortable doing it on WhatsApp.” 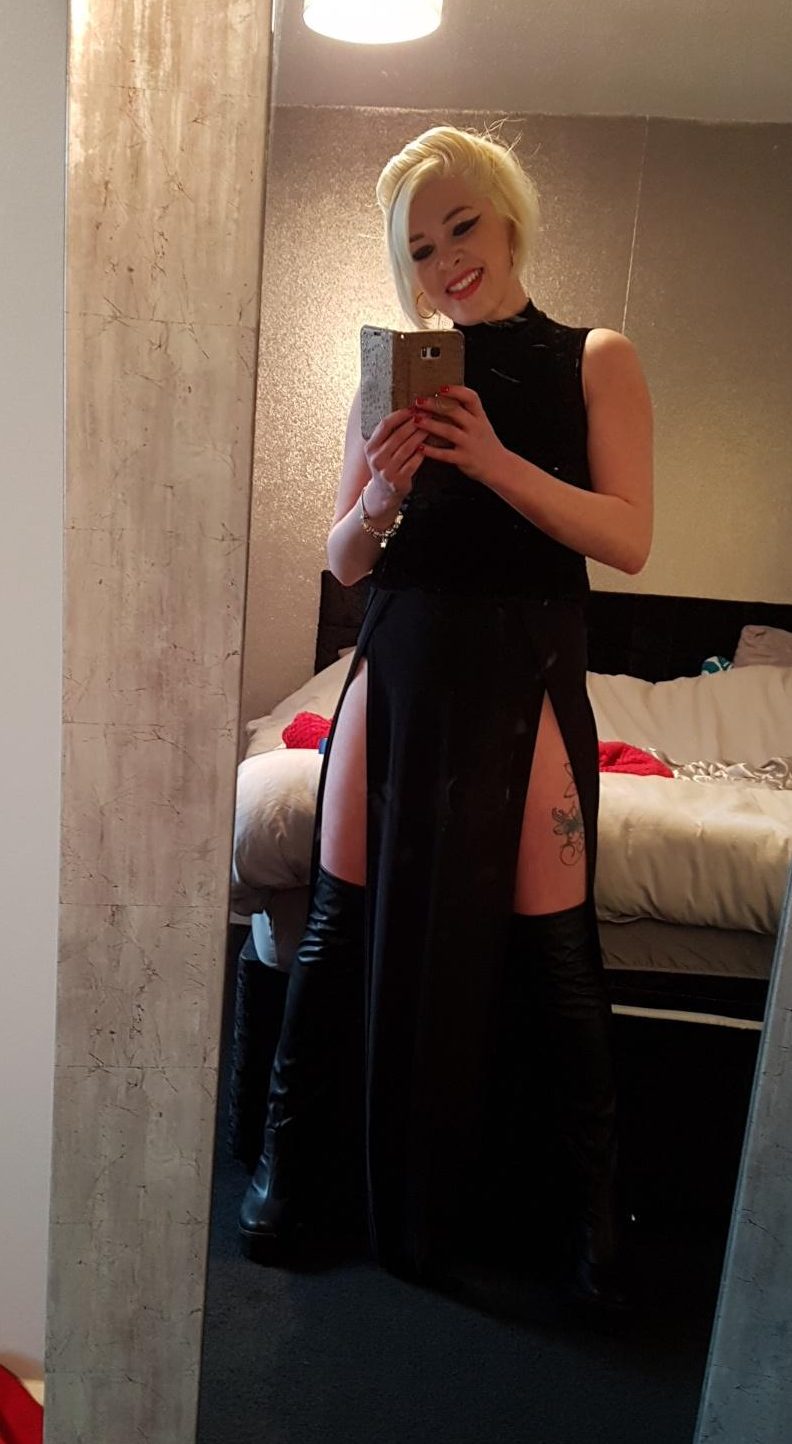 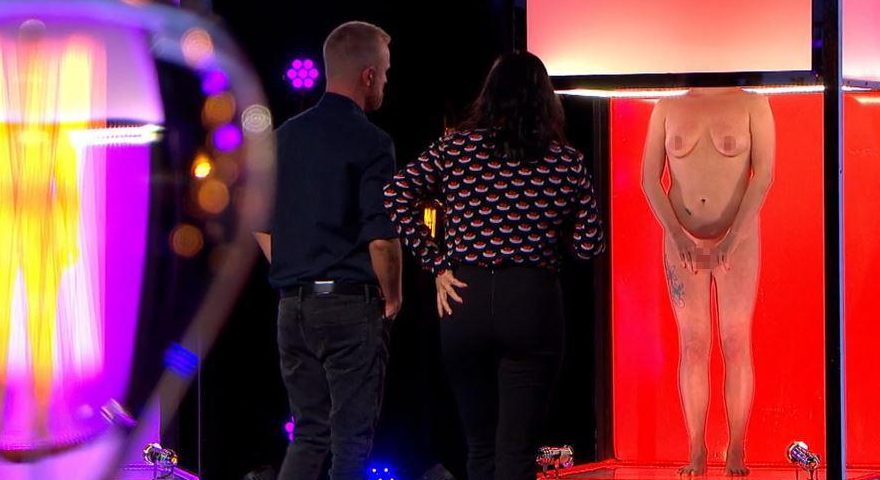 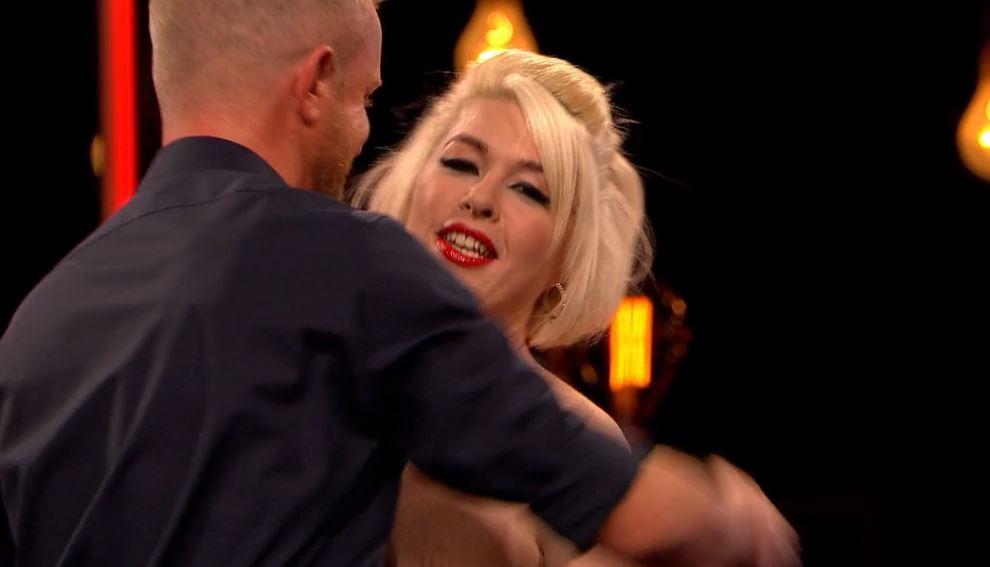 A week later she travelled to Manchester for filming, which started at 7am.

Clare met the other contestants backstage – but not the man who would be picking a date. It turned out he was called Derry, a businessman. “I’m pretty confident and I love my 36C breasts so I felt all right stripping off in front of the cameras, crew and producers,” she said.

Clare didn’t prepare in any particular way for the show. “I’m always groomed and hair-free down there,” she said. “So there was no need for me to do anything extra-special. And I only had a week to prepare so I didn’t get into shape – but I was going to the gym anyway. I didn’t even try out any special poses in front of the mirror.”

During the first round Derry complimented Clare’s neat vagina and she went through to round two – but this is where she got rejected. “He said my shoulders were too big,” she said. “I wasn’t disappointed… I do work out and I’m proud of how I look and how I am strong. Plus I didn’t fancy him. He wasn’t my type at all.” 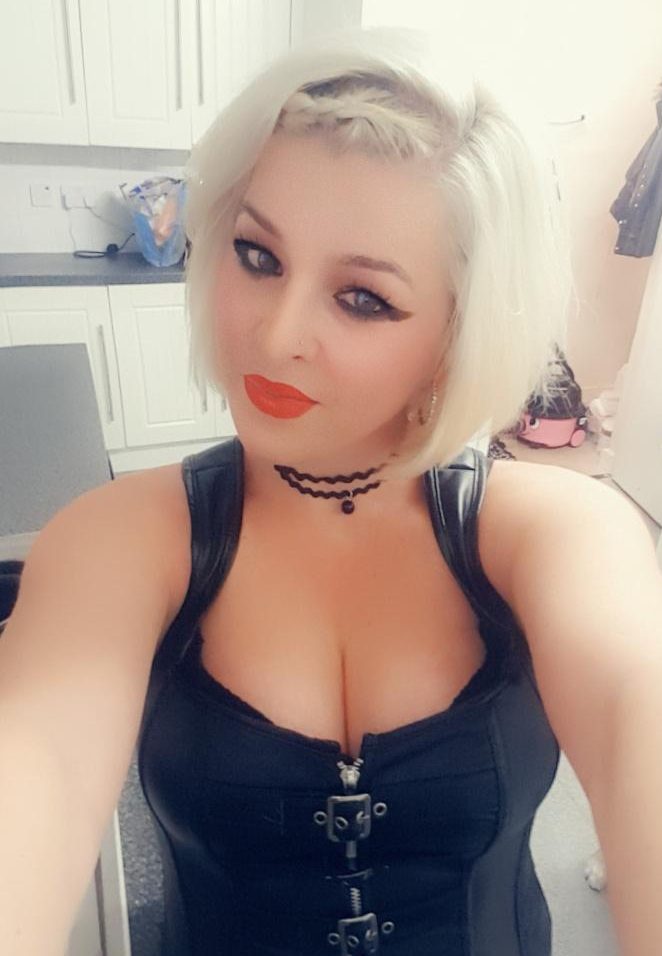 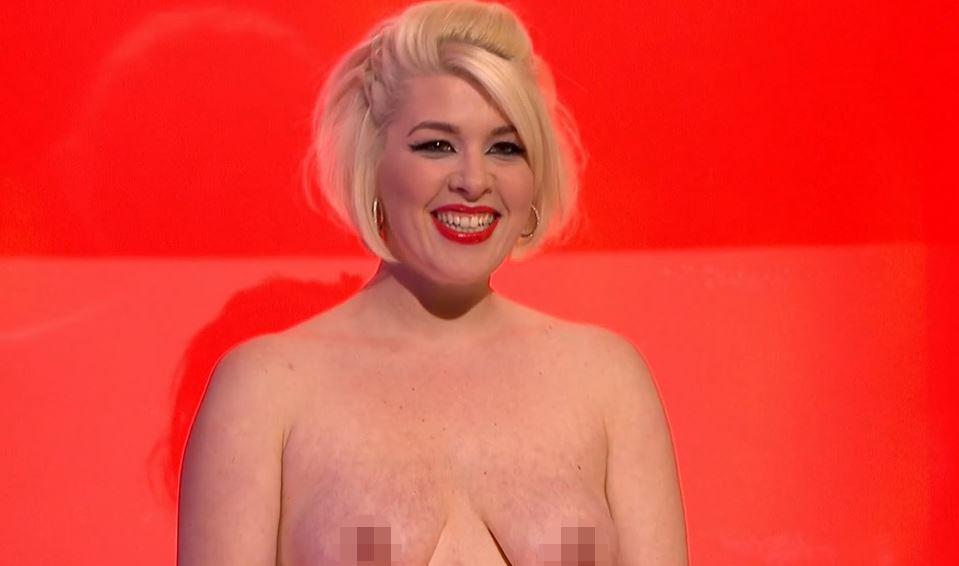 Clare joked the heat in the studio was a “bit nippy” but she loved the experience. “There was a bit of waiting around naked while they re-filmed takes, but I really enjoyed it,” she said.

“And the girls who were naked were lovely. We all really got on. We’ve actually been in touch since. We have a WhatsApp group called Naked Attraction.”

When it came to watching the show, she was happy. “I thought I looked good,” she said. “Although I did watch it alone. My mum, Tracey, 51, has since watched it but my dad, Victor, 49, refuses.

“I got such nice messages on social media afterwards and some clients at the salon recognised me too and were really positive. It’s been great. It’s boosted my self-confidence and although I’m still single it’s just what I needed after my breakup.”

Jimmy Ladgrove, 30, from Bristol, appeared on series two of Naked Attraction in 2017. 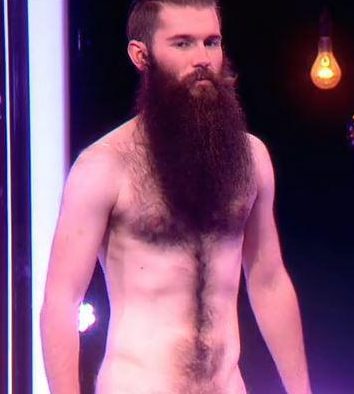 Jimmy Ladgrove was keen to take part in Naked Attraction after watching the first series with a pal.

He is pansexual – won’t define who he fancies by gender – which he thinks made his application stand out. “I think they liked that I would date anyone: man or woman, but didn’t define myself as bisexual, and also I’ve got a distinctive look,” he told Fabulous Digital.

Jimmy “had to sign a contract” saying he “wouldn’t shave” his foot-long beard, hairy chest and mane of pubes ahead of his TV appearance. 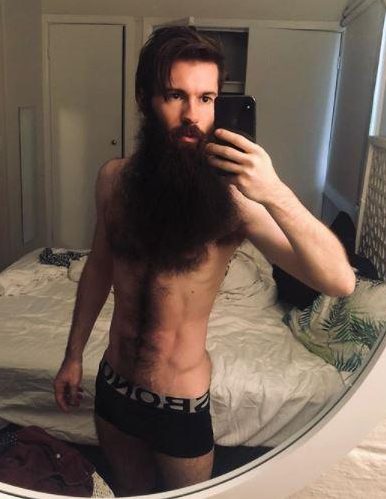 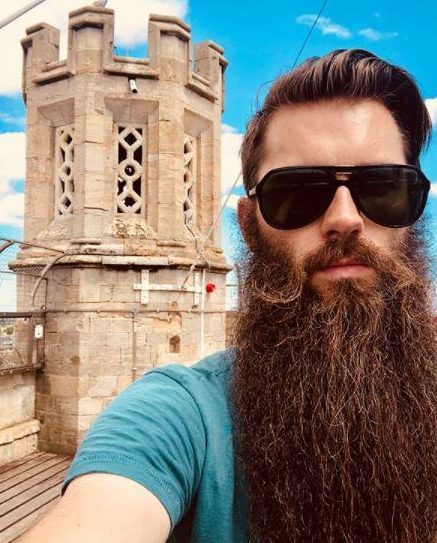 But he thinks his excess body hair put off a girl on the show. “I was going to pick her but she looked horrified when she saw me,” he said. “You can’t hide your body language and she obviously didn’t fancy me – I’m very slender and hairy. I don’t think she liked that.”

Despite his personal appearance, Jimmy doesn’t find body hair a turn on. “I’m not into beards on men and I don’t like pubes on anyone," he said. "So when I was on Naked Attraction and confronted with a full bush I immediately said no.”

Jimmy found stripping off in front of the TV crew a struggle at first and said the audition process was “quite rigorous”. He added: “I’m not that body confident and all these people were wandering around on telly, naked.

“But I found the series really inclusive. Channel 4 would pick anyone irrespective of body type and sexuality or race. There’s no airbrushing. It’s great – really positive.” 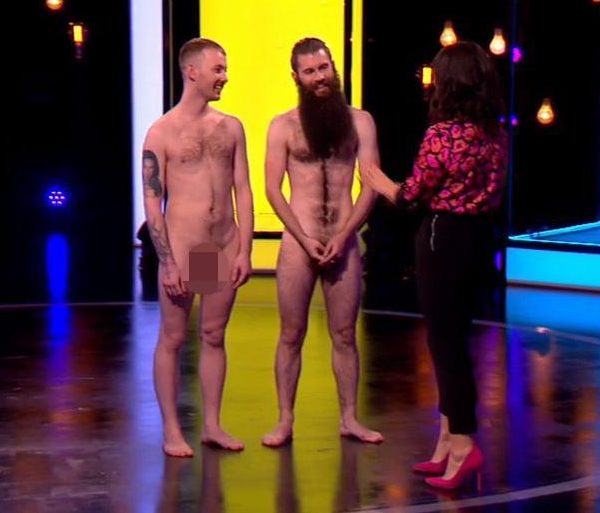 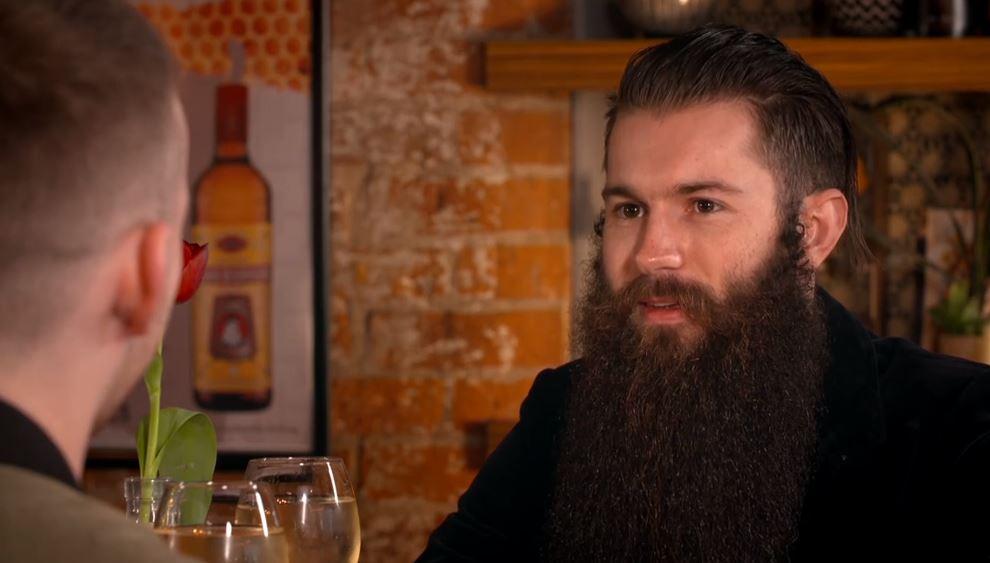 Jimmy picked “a couple of girls and boys”. “There were some replacements because some people back out at the last minute,” he explained. “There was a woman with a full bush, which I hate, and a huge penis winking at me – I don’t like big willies.”

Eventually he chose to take the man on a date. And they went out the next day, followed by producers. “We were given £50 to spend on drinks and got on well and kissed,” he said. “It went really well, we had loads in common. We had a few dates but it fizzled out… he lived too far away.”

WE PAY FOR YOUR STORIES!

Fabulous Online is always on the lookout for jaw-dropping, tear-jerking and heart-wrenching stories to feature.
Join our Facebook group or email us to make £££s by sharing your story.

Jimmy jokes his beard can get in the way of intimacy. “It’s not very practical,” he said.

He’d recommend people go on Naked Attraction – having been spotted scores of times in the street following his star turn. “I’ve no regrets,” he finished. “It’s lots of people's worst nightmare but I had a ball.”

Meanwhile, Cindy was a penniless teen mum on benefits – but is now loaded… and it is all thanks to WEBCAM work.

And in more Naked Attraction news, you won't believe the grim name this woman calls her vagina.

Plus we revealed couples are going wild for the ‘Ride-Along’ sex position, and it puts women firmly in control.