When you think of Disney parks, like Disneyland and Disney World, you probably imagine little kids running around and having the time of their lives. But there’s another demographic that just loves to go to Disney, too — celebrity dads. Everyone from Kobe Bryant to Rob Kardashian has taken time from their busy schedules to spend a day with their kids at the happiest place on earth. And down below, I’ll break down exactly which celebrity dads have enjoyed their time there most. So, read on to see 10 photos of celebrity dads at Disney World that’ll make you swoon!

So many of the photos below will put a smile on your face. Actually, every single one of them will because these celeb dads are more than happy to give their kids a day of fun with Mickey and Minnie Mouse. And the first dad on this list is one everybody knows!

In June 2017, Rob Kardashian proved he was the best dad around when he accompanied his then partner, Blac Chyna, and their then 7-month-old daughter, Dream, to Disney. Blac Chyna was able to capture some sweet moments on camera for Snapchat, which were then reposted to Instagram by fan account Roblac. Here’s a screenshot from what Blac Chyna posted: 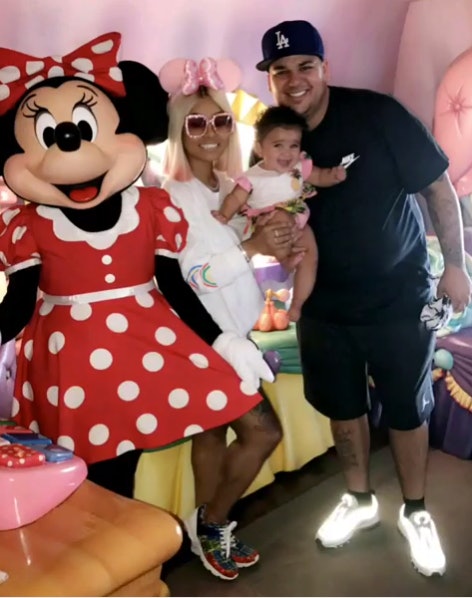 Look how cute and happy Dream is! She may only be 7 months old here, but she looks like she’s having a great time. Her dad does, too!

Everybody knows John Legend is an awesome dad to his kids, Luna and Miles. And he further proved how amazing he is by spending the day at Disneyland with them. In an April 12 Instagram Post, Legend shared a photo of himself and Luna at the park for Luna’s birthday:

Luna had a Disneyland birthday today! (As far as she knows, her birthday is today. Don't tell her it's sunday please. Daddy has to work on Sunday. Thank you.)

You know Aaron Paul from Breaking Bad and BoJack Horseman. But his daughter, Story Annabelle Paul, knows him as just dad. The two were spotted (along with some pals) at Disneyland in March 2018 and posed for this photo for Instagram account dilfs_of_disneyland:

In June 2018, Macklemore decided his then 3-year-old daughter Sloane Ava Simone needed some playtime at Disneyland. According to People, the photo below was taken at the King Arthur Carousel in Fantasyland. How cute!

Back in December 2016, Ryan Reynolds and his wife, Blake Lively, headed out to Disneyland for the holidays to meet Mickey Mouse at Sleeping Beauty’s Winter Castle. 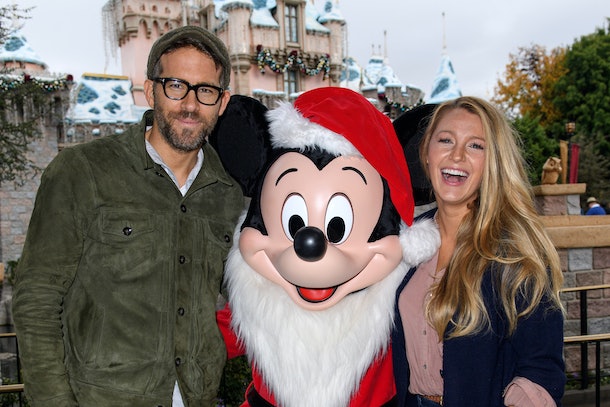 Unfortunately, Reynolds’ two daughters Inez and James were nowhere in sight, but he did mention them a few weeks later in a tweet about visiting Disneyland. Here’s a look:

Reynolds was, as always, full of jokes, but I’m almost sure that James and Inez were on hand for that trip to Disneyland and had a blast!

In April 2018, Nick Lachey headed out to Disneyland with his wife Vanessa, their sons, Phoenix Robert and Camden John, and their daughter, Brooklyn Elisabeth. Vanessa shared a glimpse of that trip on Instagram and the family’s collective happiness is very apparent. I mean, look at those smiles!

Another dad who enjoys a good time at Disneyland with his kids is AJ McClean from the Backstreet Boys. McClean accompanied his daughter Ava Jaymes to meet a very special princess in May 2018. Have a look:

Gotta meet the ? when at Disney. It’s a must when you got two princesses yourself.

Pete Wentz, who’s a dad of three, likes to spend all his free time in Disneyland. In fact, he’s there quite often, according to Instagram account disneyland_celebs. Wentz actually shared a photo of himself there, sans the children, back in September 2018. Have a look:

Kobe Bryant isn’t just an exceptional athlete — he’s also an incredible dad to three girls. He brought two of them — Natalia and Gianna — to Disney to celebrate the Lakers’ NBA championship with Goofy. Now, this was way back in 2010, so his youngest daughter, Bianka, hadn’t come along just yet (she was born in 2016). But I’d bet anything he’ll be taking her to Disney when she’s old enough to truly appreciate it! 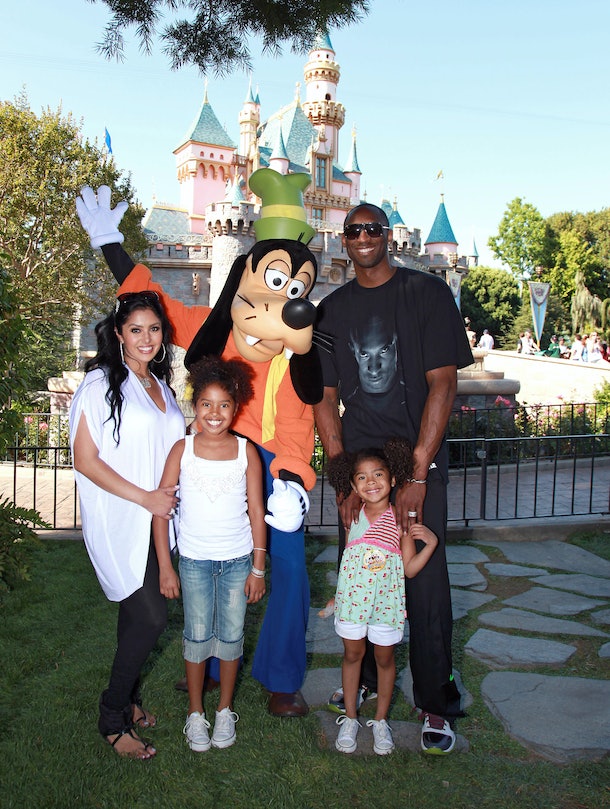 In August 2015, actor and comedian Adam Sandler shared a fun Disney moment with his daughter Sunny Madeline and Goofy. At the time, Sandler and his then-7-year-old daughter were vacationing at Disney’s Animal Kingdom Lodge while at the Walt Disney World Resort in Florida. 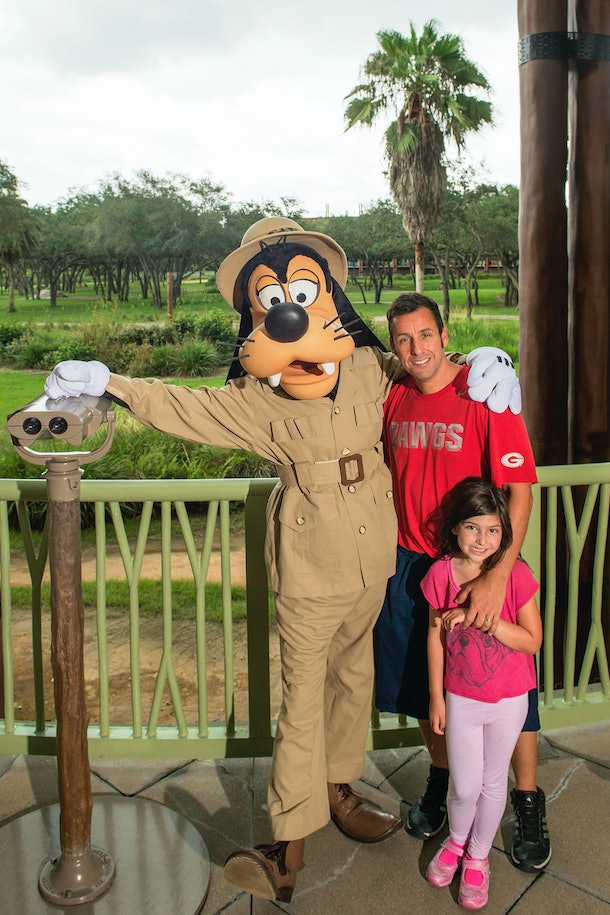 Needless to say, even celebrity dads like to have a bit of fun at the happiest place on earth. And honestly, who can blame them? If I lived near a Disney park, I’d be there all the time, too!