We all sought comfort this year, whether it was bingeing British dramas (hand raised), listening to classic artists (hand also raised) or nosediving into a book (hand occasionally raised).

As the Year We Hope To Forget ticks to a close, that desire to find something to treasure is still forceful, and there was no lack of content to substitute for some of the normalcy we've lost.

Here are a few music-based choices that rose to a memorable level for your listening, viewing or reading consideration. 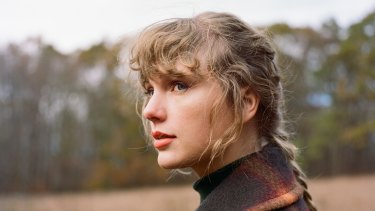 Taylor Swift surprised the world with the release of her evermore album, a project she has referenced as “folklore’s sister record”.

Released a mere five months apart, Swift utilised her quarantine time to craft two of the most robust albums of 2020. Her cunning lyrics are a combination of poetry and diary entries, often illustrating vivid scenes that may or may not have anything to do with her life. And that's part of the fun – decoding Taylor. Her musical alliance with members of Bon Iver and The National equate to rootsy, mellifluous melodies that aren't born for stadium singalongs, but, rather, headphones and a glass of wine.

The Bee Gees
How Can You Mend a Broken Heart

Synonymous with the Saturday Night Fever soundtrack and disco era, the band of Barry, Robin and Maurice Gibb was always so much more than a frisky dance beat. Brilliant songwriters whose work spanned genres, their career is finally given a respectable deep dive. Only Barry is still alive and appears from his Miami mansion with gray hair and pensive disclosures. The inclusion of Noel Gallagher and Nick Jonas to add insight into the family-band dynamic, as well as Coldplay's Chris Martin (who talks about the inevitable backlash for a mega-successful band) and Justin Timberlake (who affectionately spoofed the band with Jimmy Fallon on Saturday Night Live) proves the timeless reach of their music. 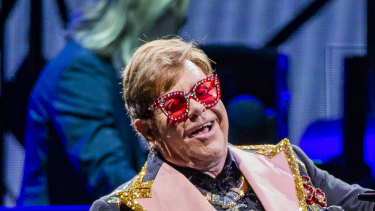 When I asked my fellow music-writing pal George Varga at the San Diego Union-Tribune what he thought of John's new collection, he responded, "It's a good template for what box sets can and should be." Amen to that. These 60 previously unreleased tracks (available on eight CDs, numerous vinyl versions and digitally) come housed in a jade green hardcover (CD version) and are accompanied by handwritten lyrics sheets, synopses by John about the creation of the songs with lyricist Bernie Taupin, album covers and posters. And then there is the music – a divine collection of rarities and deep cuts from 1965-1971 that showcases the depth of John's work, even in its earliest form.

In her anticipated memoir, Carey is unfettered as she details her rise from penniless hopeful to dynamic diva. But her success was tempered by the mental torment she endured as Tommy Mottola's wife – recounted in painful detail. Carey – whose songwriting chops are often overlooked – possesses a sharp storyteller voice as well. The audiobook is also reportedly a dream for her faithful "lambs."

As the keyboardist and music director for The Rolling Stones, Leavell strikes a familiar pose onstage behind his altar of keyboards. But the lifelong musician – he's played with a spectacular range including The Allman Brothers Band, Eric Clapton, David Gilmour and John Mayer – has a starkly different home life on Charlane Plantation, the tree farm outside of Macon where he lives with wife Rose Lane. Leavell's extraordinary music career is captured beautifully – interviews abound with members of the Stones, Clapton, Mayer, Billy Bob Thornton and Eric Church among those paying homage – but most fans will appreciate what they'll learn about Leavell's environmental dedication. 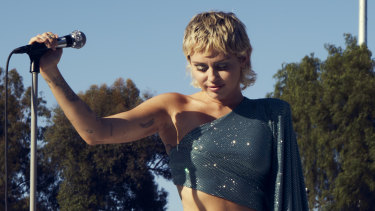 Between her roar of a voice and the glistening rock melodies that power her seventh album, Cyrus has found her sweet spot. In addition to her disco-punk feast with Dua Lipa (Prisoner), the singer crafted a love letter to veteran rockers; duets with Joan Jett and Billy Idol, and a remix of her Midnight Sky to more obviously incorporate Stevie Nicks' Edge of Seventeen, starring the Fleetwood Mac goddess herself. Cyrus also tacked on a handful of cover songs including Blondie's Heart of Glass and The Cranberries' Zombie. Yes, her influences run deep.

Few live shows can boast the level of creativity infused in this production. Watching the former Talking Heads frontman prowl an expansive stage in a gray suit and bare feet while eventually being joined by band members and dancers all joining in lockstep on Burning Down the House, Road to Nowhere and Born Under Punches (The Heat Goes On) is to feel unencumbered joy. It's a tough concert to capture on film, but Spike Lee, as usual, knows all the right angles.

The hilly enclave in the Hollywood Hills that championed The Byrds, Bonnie Raitt, Crosby, Stills & Nash, the Eagles, Linda Ronstadt, Joni Mitchell and numerous other folk-pop luminaries is an established Mecca in music history. But director Alison Ellwood captures the era with impressive depth in interviews that reveal that Alice Cooper was also part of the gauzy '70s scene and Stephen Stills was almost one of The Monkees. Hearing from Graham Nash, Don Henley, Jackson Browne and dozens of other musicians (Ellwood spent 2019 combing through "thousands" of hours of footage) provides necessary – and delightful -insight. 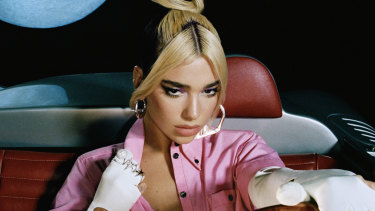 When she name-dropped Madonna and Outkast as inspirations for her second album, how could it not be special? Glossy hits Don't Start Now, Physical and Break My Heart elicit classic mirror ball queens such as Anita Ward and Donna Summer, but the British-born Albanian singer is firmly fresh and cool. "You want a timeless song, I want to change the game," she teases on the opening title track. Mission en route to being accomplished.

In his third year on the scene, the rapper enjoyed a breakout campaign with his sophomore album, My Turn, released in February. But aside from the hits Woah and Sum 2 Prove, Lil Baby was only getting started. In June, he dropped The Bigger Picture, a striking, plain-spoken (or, rather, nimbly rapped) anthem encapsulating the fears and anger of the Black community. "I got power now, I gotta say something," he raps on the song, which was added to the deluxe version of My Turn. As the latest superstar from the Quality Control squad, Lil Baby – who unveiled the new songs Errbody and On Me on his 26th birthday earlier this month – is the future of Atlanta music.