Since it hit theaters in 2013, Disney’s Frozen has become a cultural phenomenon. And with a sequel arriving later this year, it’s safe to assume we may never “let it go” (sorry, Elsa!).

Because let’s be honest with ourselves. Frozen isn’t just beloved by little ones. As the mother of two young kids, I happily suggest we watch Anna travel across the icy fjords anytime I get the chance. Even my husband’s a fan, although he would only ever begrudgingly admit as much.

That universal appeal makes Frozen an ideal source of travel inspiration — after all, who doesn’t want to visit a real-life Arendelle or vacation somewhere you can build a snowman? And while the snow might glow the mountain, not a footprint to be seen, these spots aren’t necessarily kingdoms of isolation — but they will make you feel like a queen.

So, if you’re ready for a change (for the first time in forever), here are our top picks for Elsa-inspired destinations. 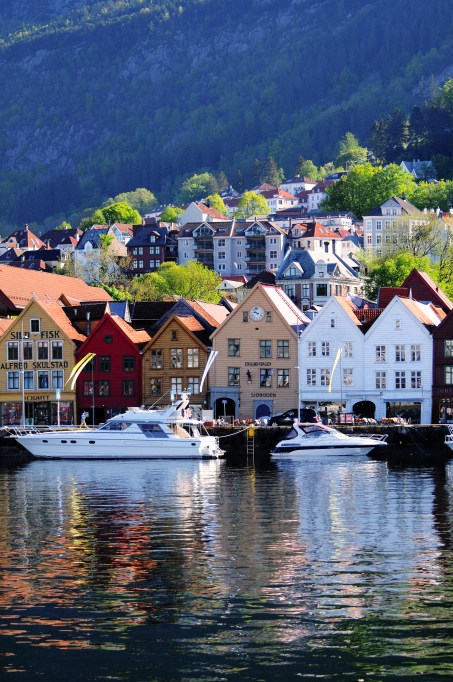 Norway’s second-largest city, Bergen, is the real-life inspiration for Arendelle! But don’t be intimidated by its size; like Arendelle, the city has tons of small-town charm. Bryggen, the old wharf in Bergen, has been a trade port for a thousand years and looks every bit as dreamy as you might imagine (if not more so). Hiking, folk dancing, ice fishing, fjord tours — you can easily spend a week living like Elsa here.

Stay at the Det Hanseatiske Hotel, a 16th-century building in the heart of Bergen. Right next to the Hanseatic Museum and a short distance from the old-world fish market and more, the hotel ensures you get the full Bergen experience. 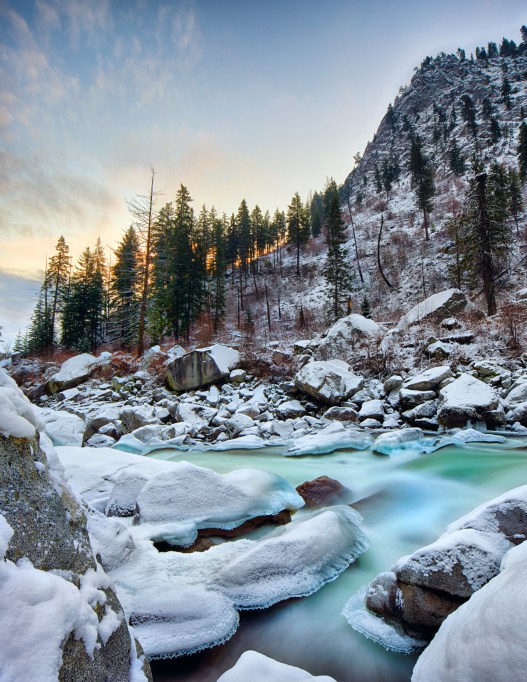 This little Bavarian-style village in Washington state is endlessly charming and one of the most popular tourist destinations in the Pacific Northwest. And it’s easy to channel your inner Elsa with excursions like Northwest Dogsled Adventures and the Leavenworth Reindeer Farm, the latter of which’s hooved residents include Sven. (My family visited in November, and it is magical.) 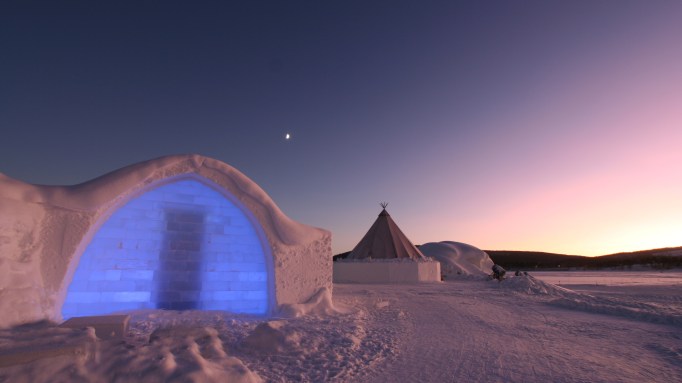 Can you really get any more Elsa-like than staying in a hotel made out of ice? Elsa may not have created Jukkasjärvi’s ice hotel with her special powers, but it doesn’t make the hotel any less spectacular. In fact, Time included it on their list of the world’s greatest places in 2018.

This area of the Arctic is also especially fitting because Kristoff is a Sámi, the indigenous people of the Sápmi region where Jukkasjärvi is located. If you’re craving an authentic Kristoff experience, you can coordinate with ecotourism company Nutti Sámi Siida for adventures like reindeer sledding, hiking with a Sámi guide and sleeping in a lávvu (a traditional Sámi dwelling). 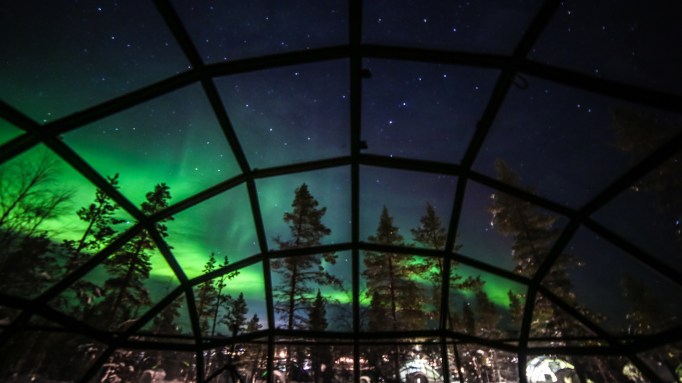 View the northern lights like you never imagined — cozied up in bed inside a thermal-glass igloo surrounded by wilderness. Igloo Village Kakslauttanen in the Saariselkä Fell region of Finnish Lapland is the kind of destination bucket lists are made of.

There’s lots to do in Lapland at large too: sled dog and reindeer safaris, snowmobile riding, visiting Santa Claus Village, playing at SantaPark theme park, hitting the slopes at the Ylläs ski resort and more. 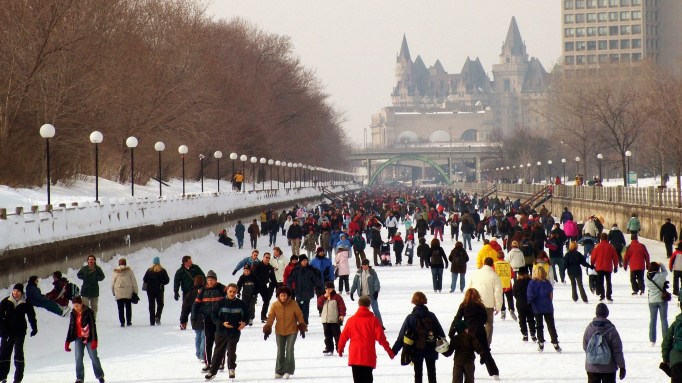 Ice-skating is kind of a big deal in Frozen, and there’s no better place to get your blade on than the famous Rideau Canal Skateway in Ottawa. Not only is it the world’s largest skating rink, but this UNESCO World Heritage Site also boasts a 5-mile-long stretch winding through downtown Ottawa.

If you go during the winter, you can also catch the city’s fun-filled winter carnival, Winterlude — think snow and ice sculpture competitions, snow playgrounds and skating and sporting events in, you guessed it, the snow. 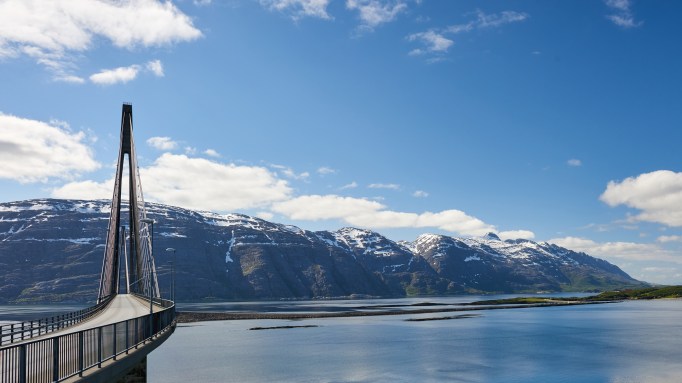 You can’t go wrong with visiting Northern Norway considering Frozen art director Michael Giaimo claims it’s where he found the light and atmosphere he wanted for the movie. Not surprisingly, the Helgeland area offers plenty that harkens to the lives of Elsa and Anna. Plan a trip around the northern lights, which can be seen in the film when the princesses are girls, between September and April.

Take plenty of pictures of the peaks of Lofoten and the Lyngen Alps too — these mountains are rumored to be trolls turned to stone by the light of the sun. 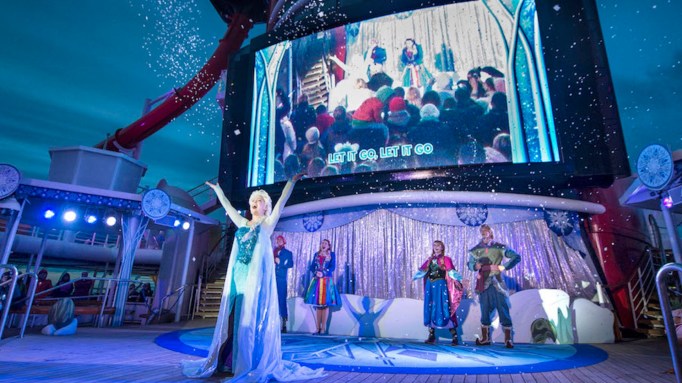 That’s right — Disney took the marketing momentum from Frozen and ran with it by integrating inspiration from the film into their cruise offerings. On the Disney Wonder ship, you can be enchanted by the live show Frozen, A Musical Spectacular. On both Wonder and Disney Magic, you can partake in a Frozen deck party complete with a Nordic-inspired menu, singing, dancing and games.

Little ones can play in the Frozen-themed play space in Disney’s Oceaneer Club while on board Wonder and even visit with Elsa and Anna in person. And all year-round on all four Disney Cruise Line ships, families can meet and take photos with Anna, Elsa and Olaf. The Disney Magic to Norway even includes Frozen-themed land excursions in the storybook village of Ålesund, Norway.