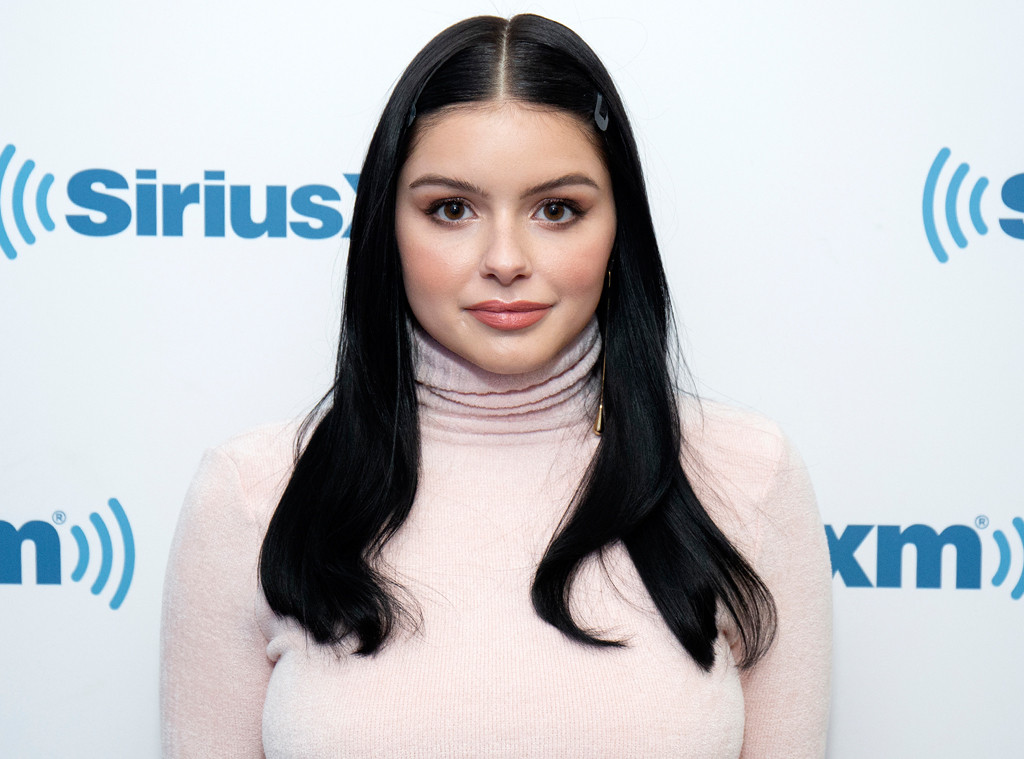 Ariel Winterhas had enough of these bizarre claims.

The star rang in the new year with a kiss from her boyfriend Levi Meaden and the perfect comeback to a social media troll filling her Instagram feed with allegations.

It all began on a New Year’s Eve post the Modern Family star shared of herself and her beau kissing with a drink in her hand. Of course, the beverage did not go unnoticed by one Instagram user, who commented, “Drinking underage! Very bad! Lol.”

The 20-year-old saw the quip and responded, writing, “Honestly anything acidic kills my stomach so I really just held his because I didn’t want to be the only one toasting with water…lol.”

However, the social media taunting didn’t stop there. “Not half as bad as all the coke/meth she uses. She literally dropped 30 ponds [sic].”

Well, Winter was not having any of that and fired back with sarcasm. “Yup…I dropped 30 bodies of water so fast…,” she retorted, poking fun at the critic’s spelling error. “And yes!! My psychiatrist switched me from my previous anti depressant that didn’t work and made me gain weight, to coke/meth!! Definitely not a new one that worked and then regulated my metabolism. Coke/meth was a controversial decision but she stands by it.”

The commenter responded, “Not hating. You’re actually gorgeous. But pills and nose candy go hand in hand with Hollywood. Enjoy yourself, but don’t get ruined by it.”

Needless to say, the star was not flattered and had the last word. “…thanks for the compliment…? I’m sure you know EXACTLY what goes on or is hand in hand with EVERYONE in Hollywood seeing as everyone knows everything about people they DON’T know,” she fired back. “And apparently everyone does the same thing now??? I couldn’t have lost weight for any other reason just because of the industry I’m in?”

As she continued, “I’m not trying to let you be rude, but I am trying to let you know that telling someone how something happened to them AFTER they told you what actually happened (only the person it happened to would know) is s—ty and completely arrogant. I don’t need to explain myelf to anyone. No one does. However, I want to cut this s–t out of my thread right now, I think it definitely counts as hating on someone when you completely ignore the truth coming from the actual person, to just follow your own fantasy narrative.”