Captain Lee Rosbach from Below Deck recently confirmed that he does not get to choose his crew for the series, which has been a longstanding question burning throughout the fandom. 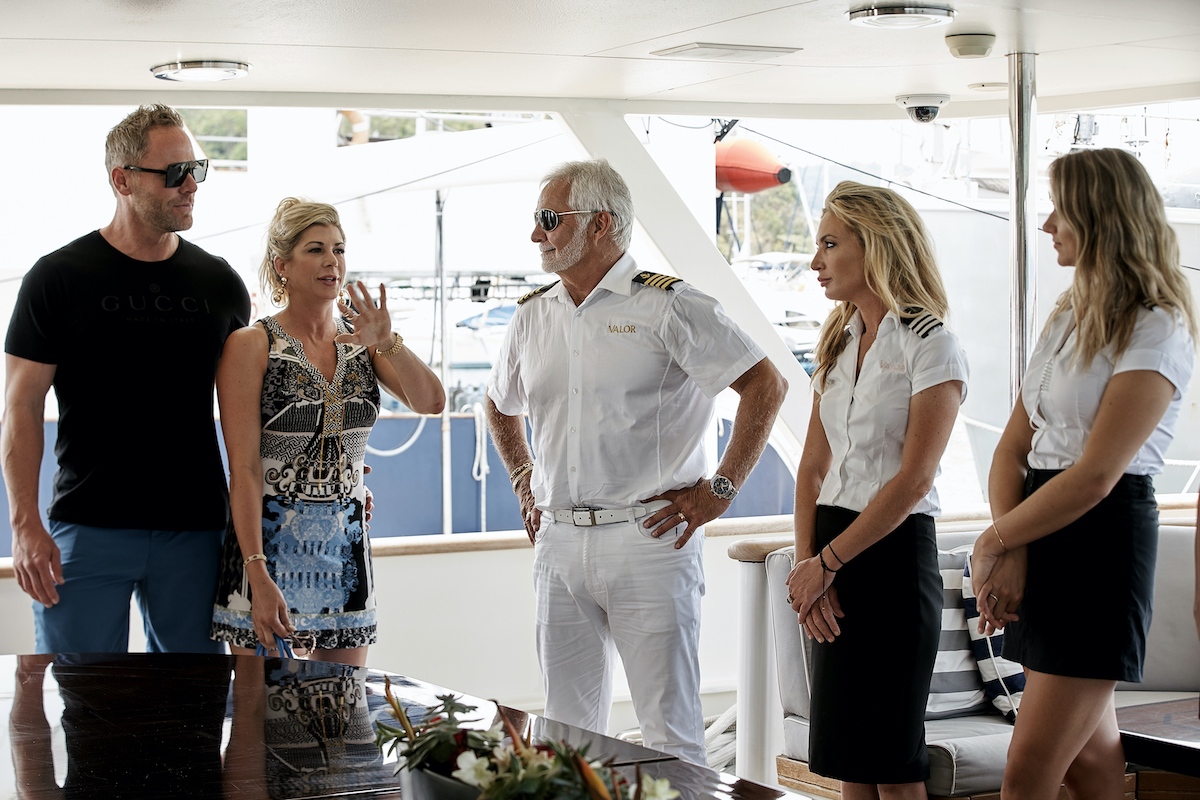 A fan asked Rosbach if he or someone else gets to decide who joins the show. He replied, “Someone else.” The question is a hot topic because some members clearly don’t belong in yachting.

Deckhand Shane Coopersmith, who Rosbach ultimately fired, recently opened up about how he ended up on the show, admitting he was cast. Coopersmith was filmed telling bosun Eddie Lucas he was extremely green. He later shared on both Watch What Happens Live with Andy Cohen and social media he only joined the show to become an influencer.

He posted his final moment on the show, telling fans to keep following him on Instagram. One person commended him for getting the conversation started about sustainability. “That was the plan!! Thank you and I’m going to continue to teach!” he replied.

Producers said the job would be tough, Shane Coopesmith revealed

Coopersmith described the casting process during an interview on the Behind the Velvet Rope with David Yontef podcast. “[Producers] were like, ‘Hey, like this is a real job,’” he said.

Instead of being grilled by Rosbach, it was a producer who determined if Coopersmith was seaworthy. “Like I remember sitting in the executive producer’s office up in Hollywood and I said he was at his desk,” he said. “I was on the other side. He’s like, hey, this is a real fricking job. Like you’re going to be working like 14 hours a day nonstop. It’s a very unsustainable industry. Like they’re spewing gas and like all this stuff.”

Rather than approach the opportunity as a career in yachting, Coopersmith thought he’d use the platform to spread his message of sustainability. He also told Andy Cohen his job outside of yachting was being an environmental influencer. He seemingly accomplished some of his goals as he earned the coveted “blue checkmark” next to his Instagram handle and has close to 5,000 followers.

Shane Coopersmith thinks he got a bad edit

Some fans have admitted that the show would be pretty boring if the captains chose their crew. Unfortunately, that means some crew members are cast with a lack of experience. Coopersmith thinks he was duped by producers and ended up with a bad edit.

“I was a little disappointed,” he added. “You know, they like kind of, they did a little bit of the sustainability, at the first episode. Then they kind of ditched that. Then they just decided to put me as the lazy kid that doesn’t work hard, which is so incredibly false.”

“I didn’t really reach out to any producers,” he said. “They have their own agenda and I wanted to blame them, but you know, I signed up for their game at the end of the day and that’s how they like to run it.”

Adding, “I don’t think it’s very admirable to tell you the truth, but that’s what they want to do. That’s they have their own agenda to make money, I guess and get fans. And they want to do that by making other people look bad, but I signed up for their game and I played it.”