“I think the biggest misconception when the show first came out is you just look at the poster and you see this big white dude with this attractive Nigerian woman, and I imagine a lot of people were a bit put off by it thinking that it’s just another white savior-type show where this white guy is coming to rescue this Black woman and take her out of poverty or whatever,” notes Bob Hearts Abishola co-creator, producer and writer Gina Yashere.

That the British Nigerian funnywoman, who the show’s fans know as Kemi, the Nigerian best friend to Folake Olowofoyeku’s Abishola, insists is furthest from the truth. (But knew and loved her first as the British Correspondent on The Daily Show with Trevor Noah.) 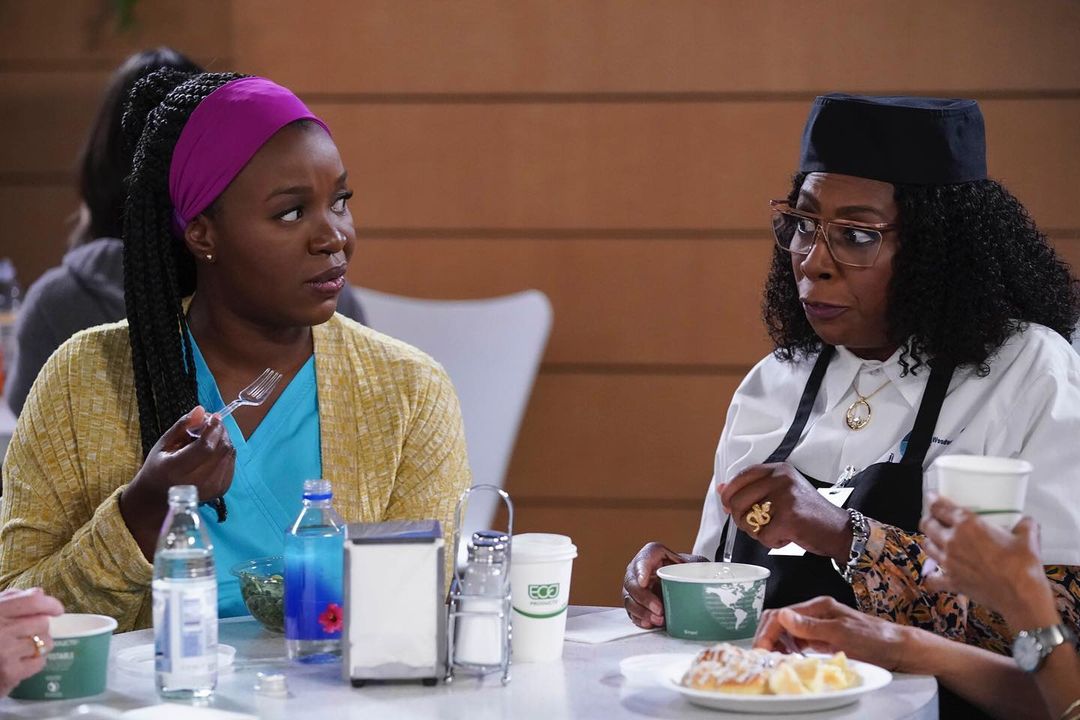 “Abishola is very self-sufficient. She has a very good job. She doesn’t need Bob (Billy Gardell from Mike & Molly fame) in any way and Bob has to work hard to gain her trust and love. So, it’s not a white savior thing; it’s an equal relationship,” she stresses, speaking exclusively with ESSENCE via phone from the set of the show’s second season now in progress.

For the successful British comedian who had long centered her Nigerian heritage into her comedy, being truthful to who she is in all she does has always been a priority. So she, herself, admits to initially being skeptical about the show’s concept. Working with Chuck Lorre, the man behind such long-running comedies as Two and a Half Men and The Big Bang Theory, however, has exceeded her wildest expectations. Precisely because she is tremendously proud to play an incredibly personal role in creating a show wrapped around the Nigerian immigrant experience.

“The show is mainly based on my life,” she confesses. “Abishola is that single mother whose husband went back to Nigeria because there were no opportunities for him. That is my story. That is my mother’s story.”

Yashere continues: “She was left in England raising us when my dad went back to Nigeria. So there’s a lot of stuff in Abishola that is one hundred percent based on my actual life and it’s kind of nice, bringing my story to screen but, also, bringing the culture to screen.”

The latter is especially meaningful to a community that has been so maligned, especially by American media. “Often when we see Africans on television, the accents are wrong; they aren’t specific about what part of Africa they are [from],” explains Yashere. “It’s always based on stereotypes and old tropes. So it’s great to bring three-dimensional Nigerian characters to television that African people can watch and be proud of and go ‘yes that is us.’”

Even more gratifying for Yashere is being able to “speak in the Yoruba language with subtitles on a show on CBS which was never best known for its diversity in the past” especially because “everybody else can watch and enjoy and learn something new about a culture they might not have come across,” she says.

Yashere is crystal clear on how significant Bob Hearts Abishola is to the television landscape, especially as it digs even deeper into Nigerian culture throughout its second season. “We’re making history,” she rightfully proclaims, with zero hesitation.