Christina Aguilera made a stylish statement to urge her fans to hit the polls on Election Day, posting a photo of herself in a pale pink ball gown adorned with the phrase, “F* this I’m going to vote.”

The snap was the result of some savvy Photoshop; the “Lady Marmalade” hitmaker, 39, originally wore the sweary statement dress — which actually reads, “F* this I’m going to Paris” and hails from Viktor & Rolf’s Spring 2019 Haute Couture collection — while front row at Paris Fashion Week in July 2019.

“V👏🏼O👏🏼T👏🏼E👏🏼⁣ ⁣Now is a crucial time! Each one of us is held responsible for making a step toward change and using our voices. We’ve knocked down walls throughout history to be able to use our power and the time to use it is NOW!,” Aguilera began her Instagram caption. 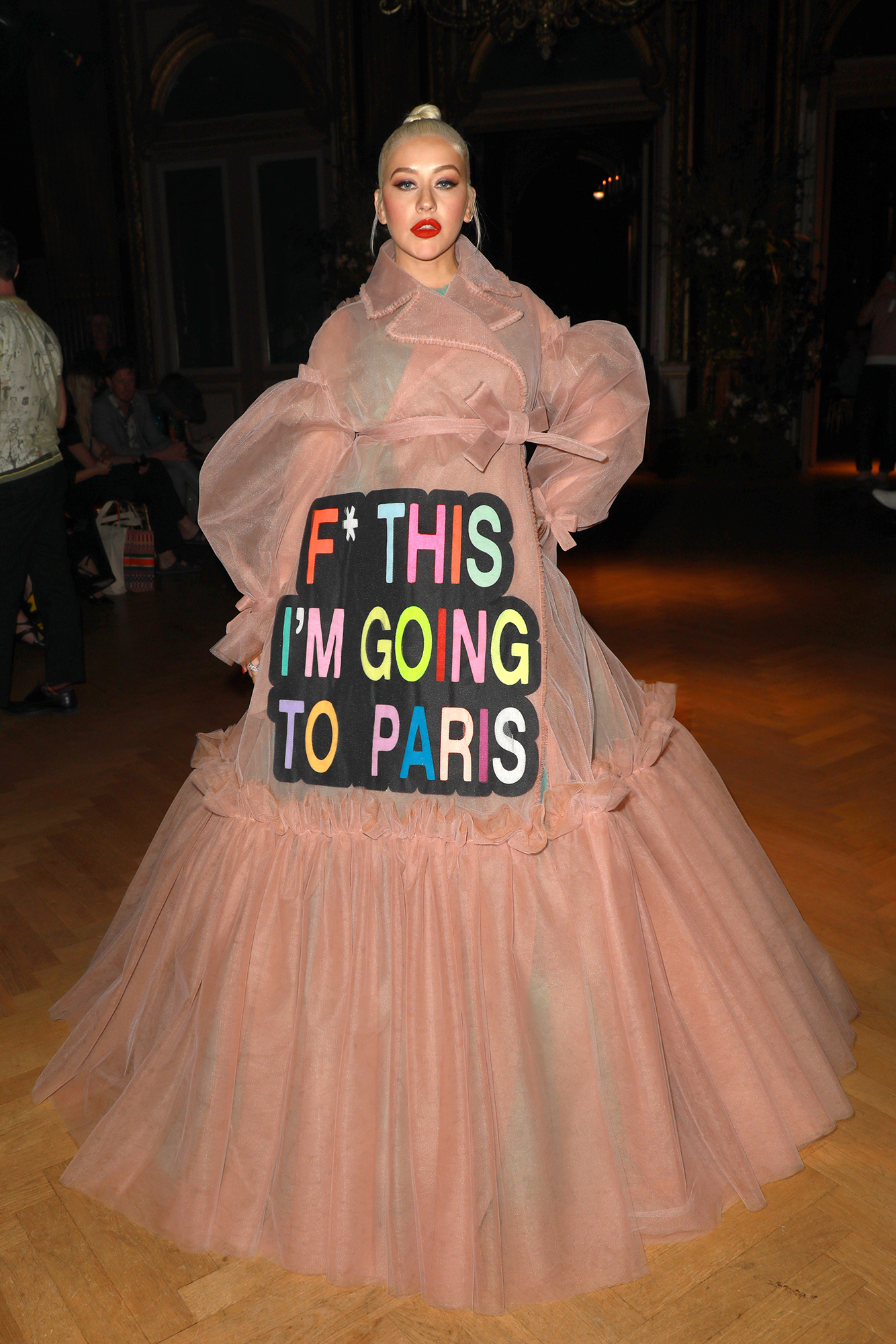 “I think about my children and the world I want to see them grow up in. A world filled with love, tolerance, acceptance, and respect. This year has shattered my heart in so many ways. I’ve been horrified by the behavior we’ve been seeing — behavior that I wouldn’t even expect from my 6 year old.”

Concluded the “Beautiful” singer, “But I am still hopeful that we can unite and push for positive and peaceful change FOR HUMANITY. Let’s create a better & more united future for us all! You can’t rely on someone else to do it. You have the power. You can make the change.” Police are pelted with bottles during raid on illegal warehouse party

Woman, 22, dies of cervical cancer after GPs sent her away 15 times and told her not to worry about 'Jade Goody effect'
Celebrities