Ripe, succulent strawberries and velvety clouds of clotted cream — no combination better conjures up a traditional British summer. But with Wimbledon cancelled, we’ve had to find other ways to get our fix.

Step forward Marks & Spencer, which has come up with the ultimate amalgamation of the nation’s favourite seasonal treat — strawberry-flavoured clotted cream.

The unique, pink concoction took off online, but shoppers are divided, with some declaring the combination an ‘abomination’, a sort of Frankenstein’s monster of food.

Of course, it does solve the age-old cream tea question of whether to put cream or strawberry jam on your scone first, since you can now do both together.

It’s only one of a growing number of ‘Frankenspreads’ to be found on supermarket shelves. From ‘mayo-chup’ to Marmite peanut butter, we test the best — and the worst — and decide whether they’re better together, or apart … 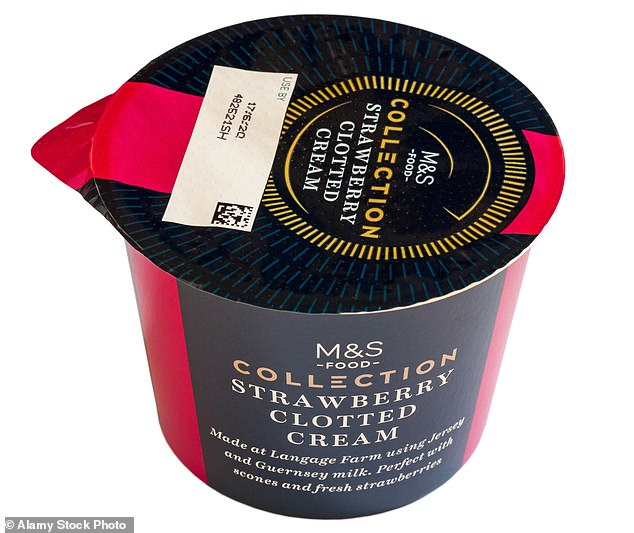 WHAT IS IT? Luxury clotted cream, made at a farm in Devon from Jersey and Guernsey cows, infused with strawberry compote and chunks of fresh fruit.

It’s Barbie-doll pink in colour, velvety in texture and so thick it’s easier to spoon than spread.

TASTES LIKE: Super-sweet, silky-smooth cream, with a fruity aftertaste. But the flavour doesn’t live up to the vibrant, millennial-pink hue, and if you like jam, you’ll still want to serve this with a generous dollop on top.

Distinctly average, despite all the fanfare. 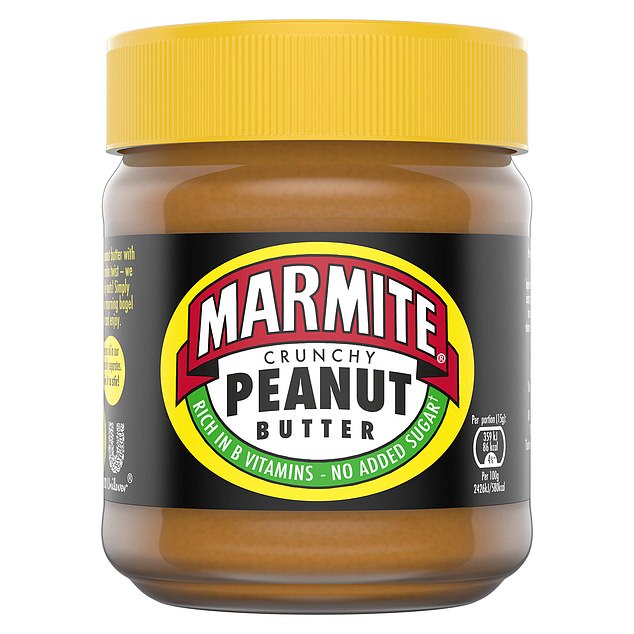 WHAT IS IT? Launched amid much controversy, this combines the savoury flavour of the love-it-or-hate-it yeast spread with crunchy peanut butter. Made in response to apparently ‘overwhelming demand’ from shoppers, it was Marmite’s first new product in 117 years.

TASTES LIKE: Nutty spread with added salt and a tangy aftertaste I can’t quite put my finger on.

The Marmite gives it added depth and intensifies the flavour of the nuts. It’s runnier than ordinary peanut butter and quite claggy in the mouth, but unexpectedly delicious. 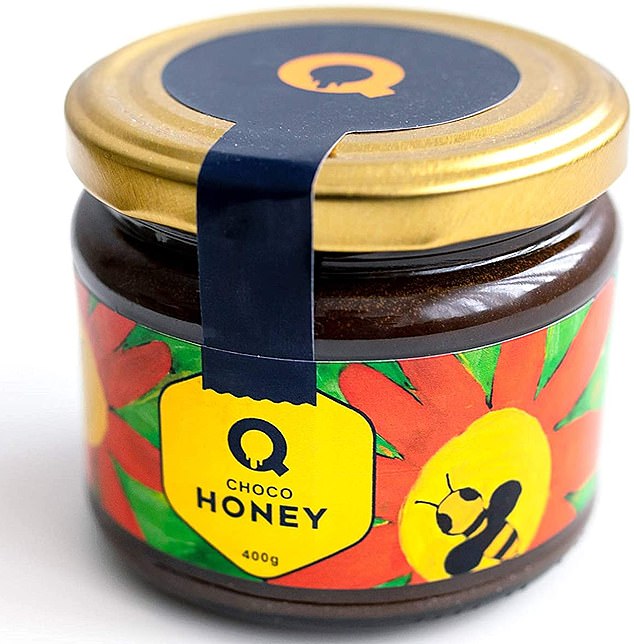 WHAT IS IT? Raw honey with cocoa powder, made by organic specialists Q-Honey from wildflower blossoms in Lithuanian woodlands. It’s 90 per cent honey and 10 per cent cocoa.

I can picture this working well in baking, on ice-cream and as a topping for pancakes or waffles. My only complaint is that it’s a little thin and translucent — more cocoa please! 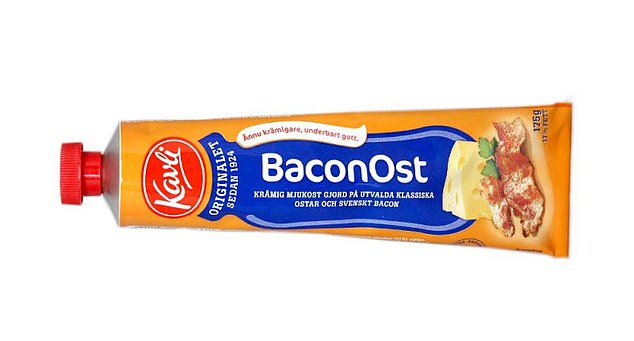 Sarah claims the smoky bacon squeezy cheese (pictured), which is eaten on rye bread in Norway and Sweden tastes vile

WHAT IS IT? Eaten on rye bread or crispbread in Norway and Sweden, this Scandinavian concoction combines spreadable cream cheese with crispy bits of smoky bacon. It’s only 2.9 per cent bacon, though — the rest is water, glucose syrup, flavouring and unidentified ‘meat broth’.

Neither bacon nor cheese comes through strongly, so it’s a mishmash of odd flavours that tastes, quite frankly, vile. 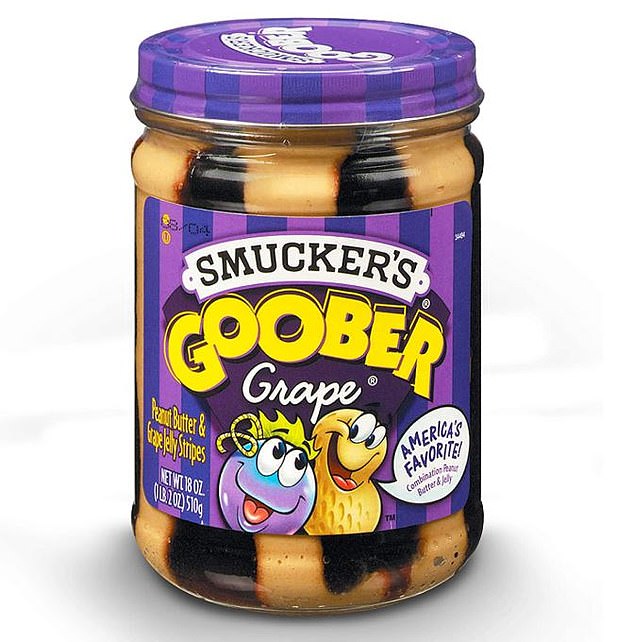 WHAT IS IT: Peanut butter and jam is a tried-and-tested childhood favourite. This jar features stripes of smooth, sweet peanut butter and purple-hued grape jam, which blend together as you spread it on toast or bagels.

TASTES LIKE: Alternating mouthfuls of sweet and savoury deliciousness. The peanut butter is rich and nutty, while the jam is tart and tangy — the perfect bittersweet blend. The slightly-sour grape jam makes for a nice alternative to the traditional strawberry. 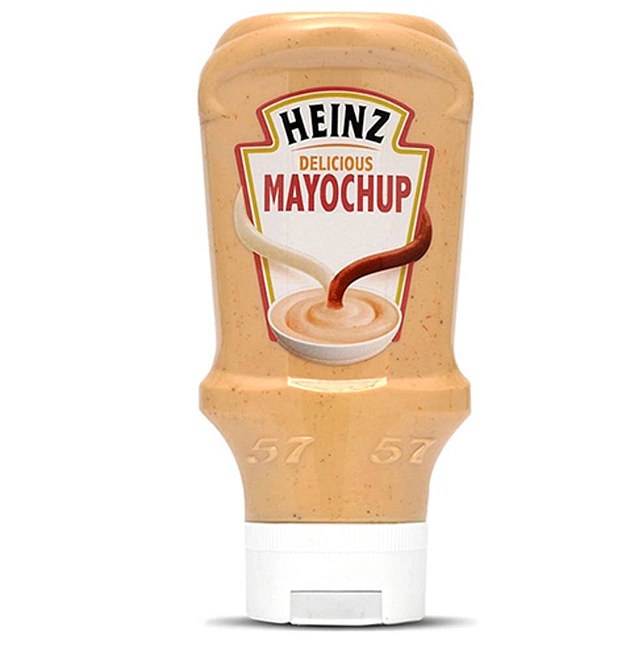 Sarah claims mayonnaise ketchup (pictured) would taste great as a pasta sauce, or on top of a burger

WHAT IS IT: The original Frankenspread, Heinz’s ‘Mayochup’ combines mayonnaise with ketchup to make a salmon-hued sauce.

TASTES LIKE: Creamy ketchup, or spicy tomato mayonnaise. It lacks the citrusy tang of mayo, but makes up for that with paprika smokiness. It would taste great as a pasta sauce, or on top of a burger. It shouldn’t work, but it does — as long as you can get past the off-putting pale pink colour. 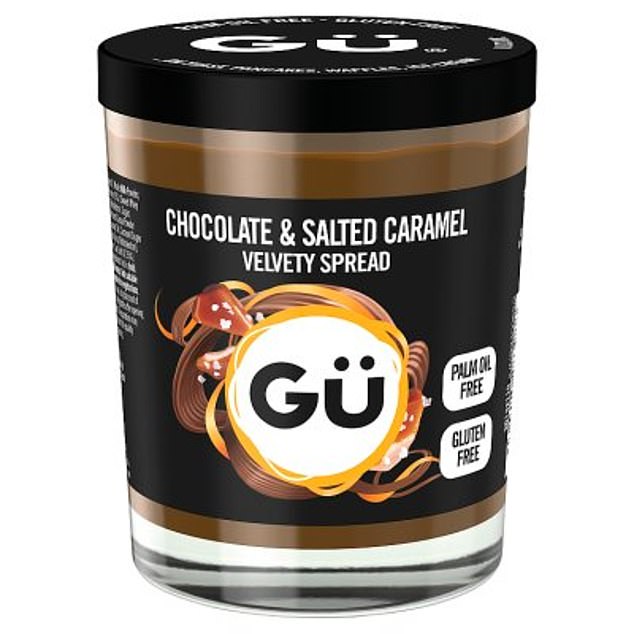 Sarah said salted caramel chocolate spread (pictured) is too sugary, you can feel the cavities creeping in with every mouthful

WHAT IS IT: A spread to satisfy your chocolatiest cravings. Sweet chocolate is offset by salted caramel to make a velvety-smooth goo. There’s a whopping 631 calories per 100g, almost half of which is fat.

TASTES LIKE: The sweetest, most calorific concoction you can imagine. It’s just too sugary. I can feel the cavities creeping in with every mouthful. 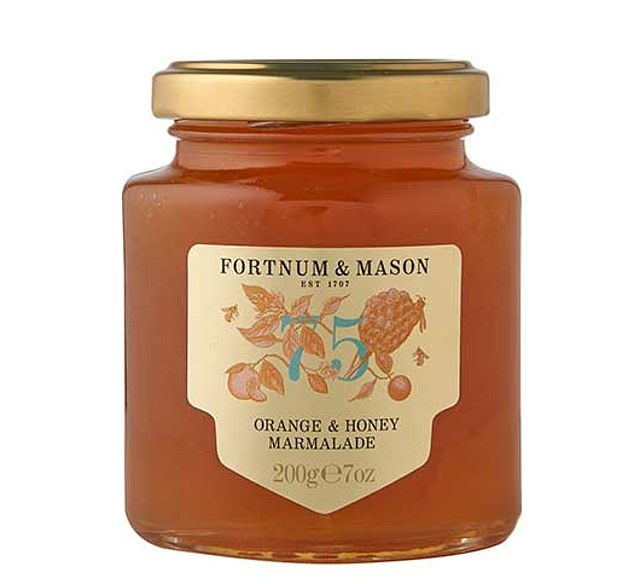 Sarah explained that Fortnum & Mason’s orange and honey marmalade (pictured) is too jellified for her liking, but it’s tasty

WHAT IS IT: The ultimate toast-topper for well-to-do breakfast-lovers, this combines the sharpness of marmalade with the sweetness of Wiltshire honey.

Makers Fortnum & Mason suggest spreading it on a slice of warm baguette, or using it to make a sauce for duck.

TASTES LIKE: Richer-than-average marmalade, with a mellow hint of honey. Not too sweet or too insipid, this actually improves both elements. A little too jellified for my liking, but tasty. 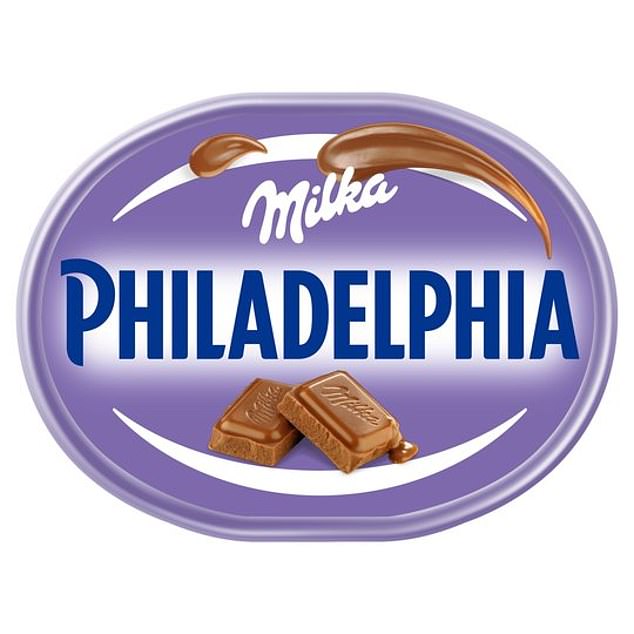 WHAT IS IT: Made in collaboration with chocolate brand Milka, this unlikely pairing is one of several divisive Philadelphia flavours. It first appeared in 2019, with shoppers declaring it ‘delicious’ on pancakes and croissants.

TASTES LIKE: Eating the top half of a cheesecake, making it utterly irresistible smeared on digestive biscuits. The sharpness of the cheese cuts through the creamy chocolate and it’s incredibly moreish. It sounds like the Frankenspread from hell, but it’s the perfect pairing. 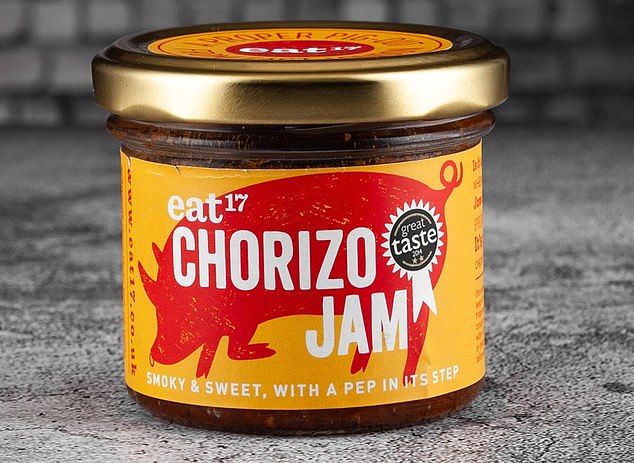 Sarah said spicy chorizo sausage jam (pictured) is a nice idea, but her tastebuds were confused by the flavour

WHAT IS IT: The notion of combining chorizo sausage with jam can only have come about by accident, but the result is surprisingly gourmet. Sweet and sharp, with a chilli kick, it’s more like a chutney than a jam, made with onion, chorizo and paprika.

TASTES LIKE: Caramelised onions, mostly, with just a hint of smoke and meatiness. But spicy sausage has no place in a pot of jam. The chorizo comes as an aftertaste; it leaves you feeling like you’ve taken a bite of sausage and ended up with a mouthful of jam.

It’s a nice idea, but my tastebuds are confused — I want one or the other. 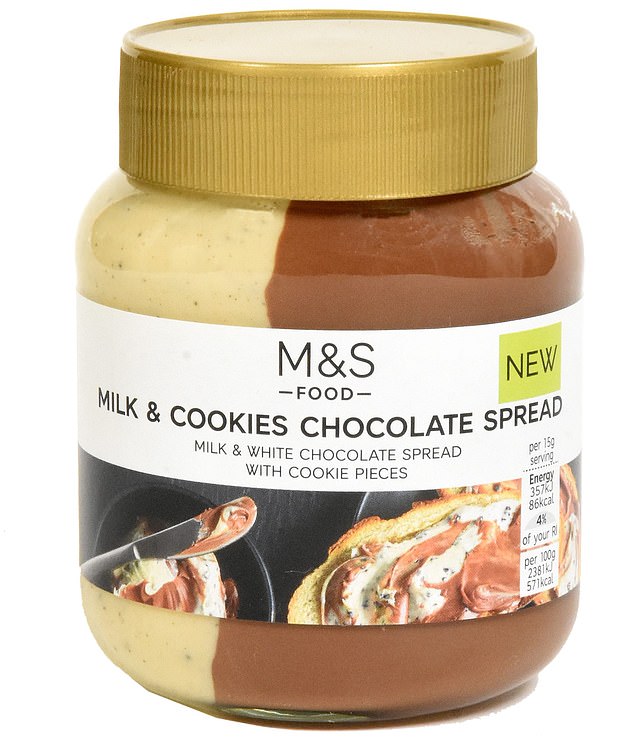 Sarah claims white chocolate and cookies spread (pictured) is better than an Oreo spread on toast, a sheer indulgence in a jar

WHAT IS IT: There were stampedes in stores when this launched in October. There is indulgent milk chocolate spread on one side of the jar, and creamy white chocolate spread with cookie pieces on the other.

TASTES LIKE: Sheer indulgence in a jar — a delight. Like an Oreo spread on toast, but even better than that. The flavours blend perfectly when spread and it’s even tastier when slightly melted.