Amy Walsh has played Emmerdale fan-favourite Tracy Metcalfe ever since she arrived in the Dales in 2014.

The soap star, 31, who has also had roles in Hollyoaks and appeared on stage, has had quite the rollercoaster ride playing the estranged wife of David Metcalfe, as well as having an abortion after David left her for grooming schoolteacher Maya Stepney.

Most recently Tracy has just discovered she is pregnant by Nate Robinson after only being together for a few months, and is left deciding what to do after still dealing with the trauma of aborting her ex's baby.

But for actress Amy, away from the soap things are less of a rough ride than her onscreen character, and often shares a peek inside her family life including her very famous sister Kimberley Walsh! Get exclusive celebrity stories and fabulous photoshoots straight to your inbox with OK's daily newsletter . You can sign up at the top of the page.

Amy, who grew up in Bradford with her multi-talented siblings Kimberley, 38, Adam, 39, and Sally, 41, is the youngest of the Walsh clan and was the last to enjoy fame and success after attending stage school.

She followed in her older sister Sally's footsteps by joining Emmerdale, some 17 years after she starred as schoolgirl Lyn Hutchinson, who was the frenemy of Kelly Windsor, played by Adele Silva.

Fans were stunned to learn recently that Amy wasn't the first Walsh sibling to appear in the soap when old rerun episodes from 1997 were aired as part of a lookback during lockdown. Speaking to the Sun back in 2018, Amy shared what it was like growing up with her siblings: “It was a bit like Fame in our house.

“Every morning before school Sally and Kimberley would rehearse their own little shows and my mum was a music teacher, so she’d be accompanying them on the piano.

"When I first joined Emmerdale, me, my Mum and Kimberley all sat together to watch and we had a little bit of a tea party, which was nice. Kimberley was really pleased for me, because I have worked hard to make a path for myself." Amy absolutely dotes on her nephews, Kimberley's sons who she shares with husband Justin Scott, Bobby and Cole, as well as her sister Sally's three sons with husband Joe.

In 2017 Amy announced she was engaged to her fellow actor boyfriend Bradley Jaden, which they kept secret for six months after he popped the question on a holiday to Thailand.

However, by April 2018 it had been revealed that the couple had split and he had moved on with his Wicked co-star Olivia Kate Holding.

She told OK! magazine at the time of their engagement: “I genuinely didn’t know what was happening until he got down on one knee.

“I just thought, no, this can’t be that! Then I burst into tears. We were both ­crying and then he said some lovely things but I can’t remember what they were.” 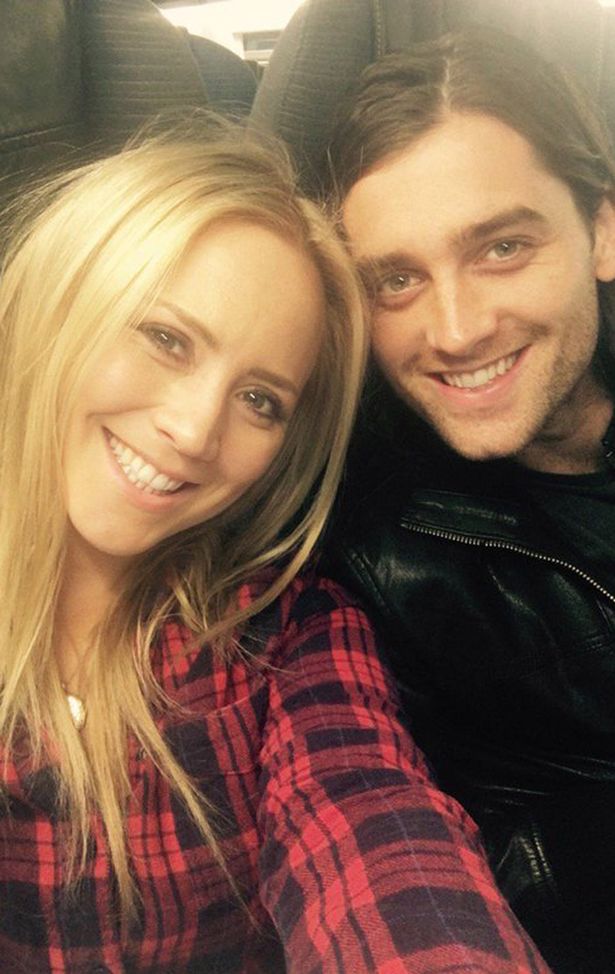 Since then Amy has thrown herself into work as Tracy and enjoying time with her family and friends to get over the split.

She previously said: “It’s been my busiest time at Emmerdale so I’m throwing myself into that. I live with a couple of the Emmerdale make-up girls so I’m enjoying Leeds.

"I’m happy and I’m thankful for what I get to do every day."