PARIS — Former French Prime Minister Francois Fillon was found guilty Monday in a fraud case of having used public funds to pay his wife and children more than 1 million euros ($1.13 million) since 1998 for work they never performed.

Fillon, 66, was sentenced to five years in prison, three of which were suspended, and a 375,000-euro (more than $423,000) fine. He is also banned from seeking elected office for 10 years. He remains free pending appeal.

His 64-year-old wife, Penelope Fillon, was found guilty as an accomplice. She was given a three-year suspended sentence and fined the same amount.

In addition, the couple was requested to reimburse the National Assembly more than 1 million euros that correspond to the salaries and payroll charges that were paid. The penalty is suspended pending appeal.

FRANCE HAS MILLIONS OF UNSOLD FACE MASKS AFTER VIRUS CRISIS

The scandal broke in the French media just three months before the country’s 2017 presidential election, as Fillon was the front-runner in the race. It cost him his reputation. Fillon sank to third place in the election, which was won by Emmanuel Macron.

The Paris court considered that Fillon “elaborated and established an organization enabling to misappropriate money for his personal use.”

In a statement, the court said that “nothing concrete has been proven in court regarding the work of Madam Fillon.”

“She did not have any professional activity alongside her husband," the court added. “Nothing justifies the paid salaries." 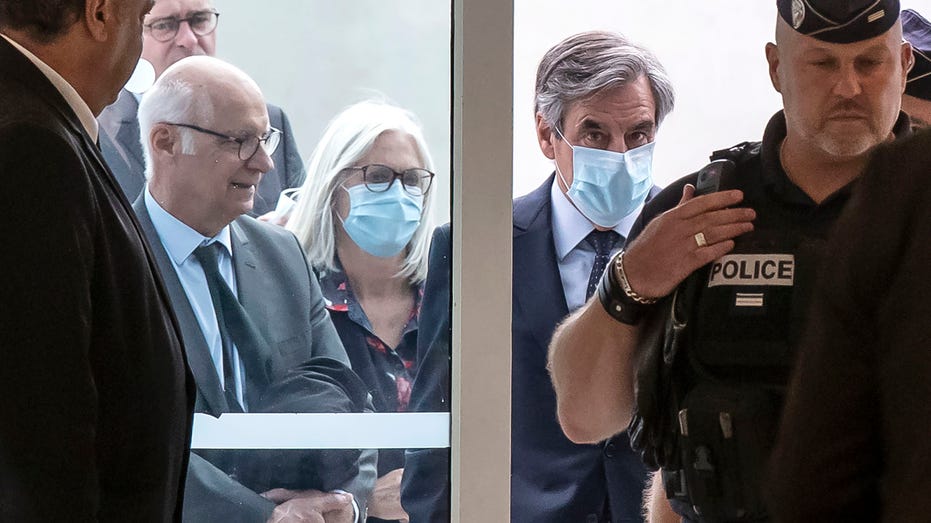 Fillon and his wife have denied any wrongdoing.

Fillon's lawyer Antonin Levy told reporters “there will be a new trial … We will be able to get a full and serene debate that will finally allow justice to be made.”

Penelope Fillon’s role alongside her husband drew all the attention during the February-March trial, which focused on determining whether her activities were in the traditional role of an elected official’s partner — or involved actual paid work.

During the trial, Penelope Fillon explained how she decided to support her husband’s career when he was first elected as a French lawmaker in 1981 in the small town of Sable-sur-Sarthe, in rural western France.

Over the years, she was offered different types of contracts as a parliamentary assistant, depending on her husband’s political career.

She described her work as mostly doing reports about local issues, opening the mail, meeting with residents and helping to prepare speeches for local events. She said working that way allowed her to have a flexible schedule and raise their five children in the Fillons’ countryside manor.

Prosecutors pointed at the lack of actual evidence of her work, including the absence of declarations for any paid vacations or maternity leave, as her wages reached up to nine times France’s minimum salary.

Francois Fillon insisted his wife’s job was real and said that, according to the separation of powers, the justice system can't interfere with how a lawmaker organizes work at his office.

A former lawmaker, Marc Joulaud, also went on trial in the case for misuse of public funds after he allegedly gave Penelope Fillon a fake job as an aide from 2002 to 2007, while her husband was minister. He was found guilty and sentenced to a three-year suspended prison sentence.

In addition, charges also cover a contract that allowed Penelope Fillon to earn 135,000 euros in 2012-2013 as a consultant for a literary magazine owned by a friend of her husband — also an alleged fake job. The magazine owner, Marc de Lacharriere, already pleaded guilty and was given a suspended eight-month prison sentence and fined 375,000 euros in 2018.

Fillon, once the youngest lawmaker at the National Assembly at the age of 27, served as prime minister under President Nicolas Sarkozy from 2007 to 2012. He was also a minister under two previous presidents, Francois Mitterrand and Jacques Chirac.

He left French politics in 2017 and now works for an asset management company.