All 231 Fuller's Inns pubs have removed the iconic song from their Christmas playlists – but there's a good reason why. 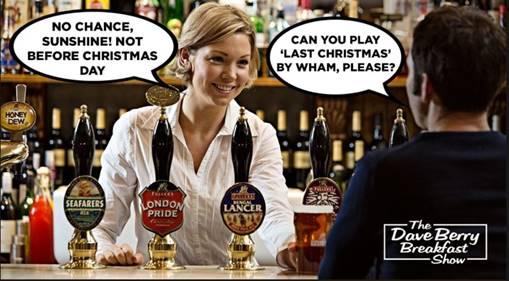 It gives people the impossible task of going without listening to the classic 1984 hit by George Michael and Wham bandmate Andrew Ridgeley until midnight on Christmas Day.

Now Mr Swaine is helping punters play by ordering his bars not to blast out the iconic song – but if you do hear it at one of his pubs, you can have a free drink.

He told the breakfast show team on Absolute Radio today: "We’re big fans of Absolute and we want to get behind this. We have removed ‘Last Christmas’ from all our playlists." 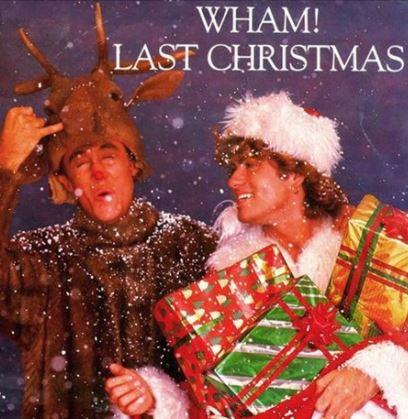 He added: “If in the unlikely event that one of our customers hears ‘Last Christmas’ in one of our pubs, we will give them a free drink on the house.”

Fuller's has 400 pubs across the UK in total but the ban will apply in all 231 of the pubs that it manages directly, as the rest are franchises.

The rules are simple: go the whole month of December without hearing Wham's song, Last Christmas.

Cover versions and remixes don't count – but once you hear the original song, you're out of the game.

It's a difficult game because Wham's huge hit is one of the most loved Christmas songs of all time and it is blasted in pubs and shops everyday until Christmas.

Absolute Radio has also put a ban on the song in place, telling listeners it has a "No Wham Guarantee" between now and Christmas Day.

Last Christmas, I gave you my heart
But the very next day you gave it away
This year, to save me from tears
I'll give it to someone special

Once bitten and twice shy
I keep my distance
But you still catch my eye
Tell me, baby
Do you recognize me?
Well, it's been a year
It doesn't surprise me
(Merry Christmas!) I wrapped it up and sent it
With a note saying, "I love you, " I meant it
Now, I know what a fool I've been
But if you kissed me now
I know you'd fool me again

A crowded room, friends with tired eyes
I'm hiding from you, and your soul of ice
My god, I thought you were someone to rely on
Me? I guess I was a shoulder to cry on

A face on a lover with a fire in his heart
A man under cover but you tore me apart
Now, I've found a real love you'll never fool me again

A spokesman from Fuller’s told The Sun: “It’s just a bit of festive fun and we thought we’d support Absolute Radio’s listeners by removing Wham’s Last Christmas from the playlists in our 'managed pubs' until midnight on Christmas Eve.

"To ensure we don’t completely disappoint the Wham fans in our pubs, we made sure a selection of their other great hits are included in our playlists.”

Wham's tune – which featured on the band's album Music from the Edge of Heaven – is certified platinum in the UK and has sold more than 1.8million copies.

Since the song's release, it has been covered by 90s songstress Whigfield, as well as more recently by Taylor Swift.

It has also made regular reappearances on the official UK charts, reclaiming a space within the top 40 twelve times since it was first released.

According to the Official Charts Company in the UK, it is the best-selling song ever to never reach number one status.

Fuller's Inns pubs are mostly in London and the south of England. You can find your nearest bar using its online pub finder tool.

Meanwhile a Cleveland radio station has decided to ban the song "Baby It's Cold Outside" this Christmas amid concerns the song is inappropriate in the #MeToo era.

Poundland isn't letting its "ban" on using a very rude elf on the shelf in its X-rated adverts stop it from bringing back the naughty campaign this year.