Progressive campaigner GetUp has funded pro-Scott Morrison ads with hopes the government will keep temporary coronavirus policies, such as the doubling of unemployment benefits and free childcare.

GetUp National Director Paul Oosting warned that coronavirus had fundamentally changed the organisation's role in federal politics, and said the activist group was preparing for the defining policy battle of the years to come: shaping the major, inevitable post-crisis reforms. 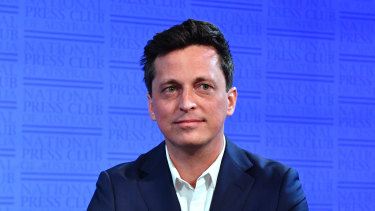 "It's really fundamentally changed the work that we do," Mr Oosting said. "In the Great Depression, we saw very different responses – from the New Deal in the United States… to the rise of fascism in Europe."

"This could be a real re-imagination of the way we want to operate as a society," he said.

In an email sent to supporters on Thursday, Mr Oosting said the pro-Morrison government ad campaign would in part prove the organisation's independence.

"We'll commission ads, polling and a comprehensive report by leading economists to show Morrison just how popular these reforms are," he wrote.

The national director of Advance Australia, GetUp's conservative activist competitor, said lengthening the measures would have a "devastating economic impact".

"Our nation now boasts a World War II-sized deficit," national director Liz Storer said. "How is this anything to rejoice about, as the welfare-loving socialists at GetUp seem to think it is?"

Advance Australia, which has more than 50,000 members, will push for more protectionist policies and the repeal of coronavirus measures as soon as practicable.

"We need to see a reboot of nationalism in Australia, similar to Trump's America," Ms Storer said.

Mr Oosting said the pandemic showed societies could rapidly change in response to crisis, and urged lessons learnt to be applied to climate change.

"People have told us that it's impossible to solve the problem of climate change, it's too big, it's too hard, we can't change business as usual," he said.

"What this crisis I think has shown is that Australians do have the ingenuity, and that our government can play an active role."

The GetUp ads will run from next week.