Julia Donaldson shouldn’t have a worry in the world.

The 71-year-old is probably the most successful and loved children’s picture book author alive, worth a reported $50 million or so. 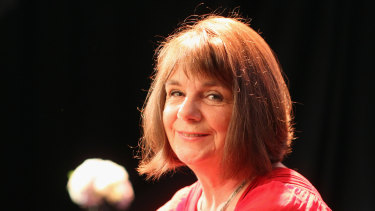 Her characters – the Gruffalo, Zog, the Highway Rat, the witch (and cat) from Room on the Broom – are instantly familiar to children, and her books’ rhythmic, witty verses are burned into the brains of parents around the world.

But she worries that along the way, she made a mistake. That, without realising it at the time, she made too many of her characters male, characters that had no reason to be any gender in particular.

“I do think about this quite a lot,” she says. “Probably more than when I started writing.”

In 2018 a British newspaper analysed the 100 most popular children’s picture books – including several of Donaldson’s works – and discovered male characters were twice as likely to take leading roles and got far more speaking parts than females.

The paper called this “casual sexism” inherent in young children’s reading material, and quoted an activist warning it was “preparing children to see male dominance as normal”.

In Donaldson’s 1999 breakout bestseller The Gruffalo, the paper pointed out, all the animals are referred to by a male pronoun “as if by default”. And the book was far from the only one doing this.

However, Donaldson also won kudos from the researchers, for 2016’s The Detective Dog in which a brave female dog helps out a male sidekick. 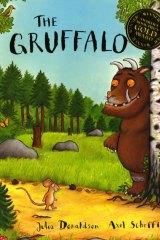 The Gruffalo by Julia Donaldson

When the newspaper repeated its analysis in 2019 Donaldson won praise again, as one of the very few bestselling children’s authors to have featured a black, Asian or minority character in a central role (Lanky Len, the nasty mixed-race burglar in What the Ladybird Heard).

A lesson learnt? Donaldson has two goes at answering my question on this, and the second time she points out that the main character in The Gruffalo’s Child, published in 2004, is female.

These days, she says, “I like to make sure there are some strong central female characters, like Princess Pearl in Zog and the Flying Doctors”.

But she adds: “I don’t think a female necessarily has to be depicted as liberated and feisty: my female scarecrow Betty in The Scarecrow’s Wedding is quite content to have a gallant fiance.”

Donaldson insists she isn’t trying to “teach a lesson or change the world”.

“When I’m writing I’m thinking purely of the story and the language,” she says. “I like to write a variety of stories – some will have an underlying message while others might just be whimsical or even subversive.”

She doesn’t even like the idea that she has power to shape the minds of future generations (2002’s Room on the Broom is one of future king Prince George’s favourite).

“That doesn’t resonate with me,” she simply says.

What does resonate, literally, is language. Donaldson came to children's book writing late – she wrote songs for children’s TV and theatre, then years later a publisher asked if one of those songs could be made into a book. That’s why so many of her books are written in rhyme, she says – she writes them lyrically.

“My songs were almost always in verse with a chorus,” she says. And she uses that structure in books to “avoid it just being doggerel”, with a chorus element like “And whoosh! They were gone!” in Room on the Broom or “The best wedding ever” in The Scarecrow’s Wedding. Indeed, when she writes the chorus usually comes first – “sometimes quite easily, sometimes after a lot of effort”.

And like most songwriters, she gets pleasure from a clever rhyming couplet that sticks to the meter – her favourite, in Charlie Cook’s Favourite Book, is “He went into a bookshop and he there grew even greedier / While reading (on page 90 of a large encyclopedia) … ” Her best ideas, she says, often come to her when she’s in the bath or out for a walk on the Sussex Downs near her home.

These days it’s usually a book first, then a song to go with it. But she loves performing with her musician (and actor and doctor) husband Malcolm, as she will be on her current Australian tour.

“It’s lovely when the audience is clearly engaged or amused,” she says, though she admits to a dread of crying babies in the audience.