Monday's Tony Awards offered us a glimpse of the shows we are likely to see in Australia over the coming years, specifically the night's big winner The Ferryman.

Written by Jez Butterworth and set during the Troubles in Northern Ireland, the show took out four awards including best play. 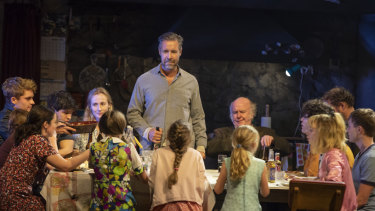 Producers have announced plans are underway for an Australian production of The Ferryman.

Last month, the producers flagged that they were in advanced discussions for an Australian production. While there's been no update since, a local production of the show will – no doubt – be hastened by the swag of Tony awards.

In the music theatre category, Hadestown presents both a challenge and an opportunity for an Australian run. While the show is a relatively unknown product and doesn't have the benefits of brand awareness or a dazzling broadway soundtrack, it is unique and small and could fit in more intimate spaces. 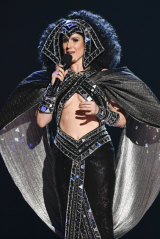 Stephanie J Block as Cher in The Cher ShowCredit:Invision

More likely to be seen here are The Cher Show, which won two awards, and perhaps Pretty Woman: The Musical, which failed to earn any nominations but has proved to be a crowdpleaser on the Great White Way.

Australian producer Michael Cassel, who is bringing Hamilton to Australia, has producing credits on both shows and will be eager to bring them here when the time is right.

One play that is almost guaranteed to play in Australia is James Graham's Ink, which was nominated for six awards and won two. It is a fictionalised account of News Corp baron Rupert Murdoch taking over tabloid newspaper The Sun and turning its fortunes around to become one of the best-read publications in London.

Winner of best revival, Roders & Hammerstein's Oklahoma has also just announced a national tour production, which historically tends to be the starting point for negotiations for international productions. A major tour of the original Broadway musical has not been staged in Australia for decades.