When it comes to enduring a stressful and toxic family Christmas I know I’m not the Lone Ranger. So, when I wrote an article about rejecting my traditional family Christmas in favour of creating more joyful Christmas rituals, I thought it might resonate.

What I didn’t expect was the common thread in almost all the stories people told me: sexual harassment and violence. 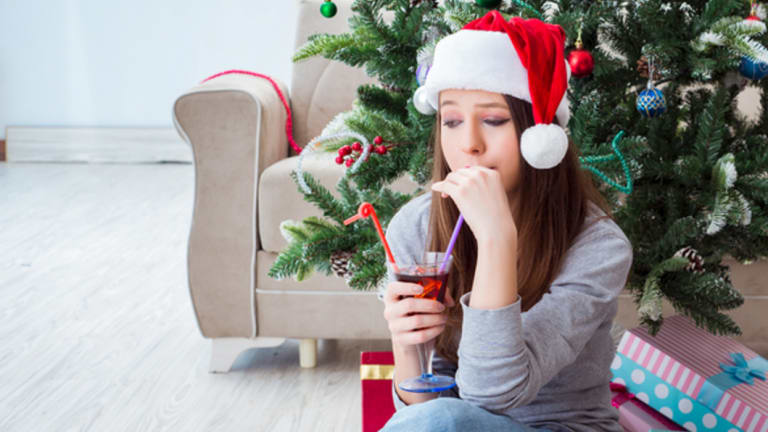 The risk of harassment by family members hangs over the day for some women.

The overwhelming reason the women who contacted me were anxious about their family Christmas and wished to avoid it was a fear and expectation that someone in their family would sexually harass them.

The stories ranged from sexually degrading comments from cousins and brothers-in-law, to the wandering hands of uncles, to being expected to shut up, smile, and break bread with the man who raped them.

“The first time I met my husband’s family, his brother 'meowed' at me for the duration of the dinner, all because I was wearing a pair of black pants and a black turtle neck top," one woman who has been putting up with sexual harassment for almost 20 years said.

"The next time I had the displeasure of seeing his creepy, sinister brother he stared at my boobs for the rest of the dinner.”

When this woman questioned the man’s inappropriate behaviour she was told "that’s just how he is".

“They are all… enablers of extremely bad behaviour, even the ones who are supposed to be politically f—ing correct,” she said of her family.

These stories are simultaneously shocking and unsurprising. We already know from ABS data that one in two women experiences sexual harassment in their lifetime, and the most dangerous place for a women is in the home.

All the stories I received came from women, but it’s worth keeping in mind that one in four men also experience sexual harassment in their lifetime. No doubt, Christmas Day can be a dangerous and traumatic time for some men too.

Some of the women who shared their stories with me suffer each year in silence, but many of them have spoken out against their annual Christmas sexual assault, yet nothing has changed.

Another woman who has been sexually harassed each Christmas for years by one of her husband’s relatives told me of the fight she had with her husband after she decided not to attend his family’s Christmas this year.

“He just doesn’t understand how this makes me feel,” she says. “All he cares about is not upsetting his mother.”

It wasn’t that these women were not believed; most of them were. It was that they were coerced and shamed into silence or submission, either directly or indirectly, because family harmony was deemed to be more important than their dignity and right to be safe.

Women were accused of being oversensitive. Some were given excuses by other family members who claimed the abuser just had too much to drink and went a little bit too far. Other families pulled out the big gun: “You’ll ruin Christmas.”

Right there is why sexual assault is so rampant but so underreported. Perpetrators rely on the silence of the victims — and what better way to silence a victim than to accuse her of ruining what is, for many families, the most important day in their calendar.

Christmas is often performative, we are all play-acting for the benefit of each other, our social media feeds, or just succumbing to the cultural pressure to be festive. Any woman who breaks from the script risks being castigated for destroying the show.

When you add the complication of maintaining in-law relationships and protecting your partner from the reality of his family — or forcing him to choose — women often feel they have no choice but to sacrifice their bodies and their rights.

The reality is that, in 12 days, countless women, and some men, around the country will be sexually harassed by a relative. And many more relatives, who are supposed to love these women, are going to stand by and watch on.

These victims need your help.

To the sexual harassers with the loose tongues and wandering hands, just don’t. To every other family member who is complicit due to their inactivity, do better.

Let’s not pretend we don’t know what’s going on in our own homes. Let’s not look the other way because we don’t want to upset the family and cause conflict.

To all the men out there who abhor sexual violence, here is your chance to do something more than pin a ribbon to your suit jacket once a year.

Yes, women have a responsibility to call out sexual harassment too, but many families are still patriarchal which means men are more likely to be listened to and capable of stopping it.

Men are also less likely to be seriously injured or even killed if such a conversation triggers domestic violence. And, of course, men are far more likely to be the perpetrators.

If your family Christmas has an unspoken sinister side of sexual harassment then it should be “ruined”.