For many of us, a print was our first foray into the art world. We’d moved into our first homes, the posters of our youth, whether they were of Farrah Fawcett or some inspirational quote urging us to keep calm and carry on, were discarded for something much more grown up.

Printmaking has always been a way to make art more accessible, and affordable, both for buyers and the artists themselves, and now a retrospective exhibition Imprint: A survey of the Print Council of Australia explores the diverse history of the process. 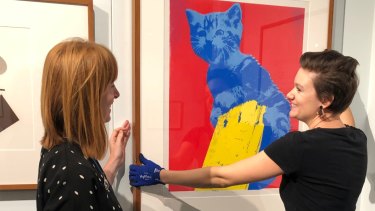 The PCA was established in Melbourne in 1966 by printmakers Udo Sellbach, Grahame King and curator Dr Ursula Hoff to promote the artform of printmaking.

Also included is the PCA’s first Indigenous print commission by Arone Raymond Meeks, a Ku Ku Imidiji man from Far North Queensland, and works by other innovators in the field.

Director of the Parliament House Art Collection, Justine van Mourik said one of the great things about the APH art program was its ability to bring the best of Australian art and craft to the people. 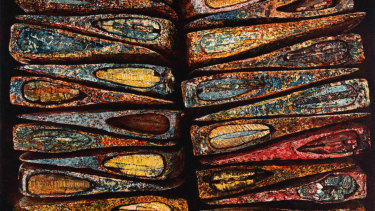 “Close to a million people come through this building every year and we want them to see the best of what Australia has to offer and by partnering with organisations like the Print Council of Australia we are able to do that,” she said.

“There are some big names in this exhibition, Fred Williams, John Brack, John Olsen’s Brett Whitely About to Pounce, Bea Maddock who pioneered the photo-screen printing technique, they all made limited edition prints.”

Program manager Rebecca Richards had the task of going through the PCA’s collection of more than 800 prints to narrow the exhibition down to 65. Seven prints are from the Parliament House Collection including linocuts by artist Jenny Kitchener, recipient of the 2017 Print Council Commission. 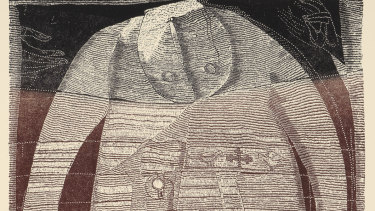 “We went in knowing we wanted to cover all the decades,” she said, “with a good mix of male and female, Indigenous and non-indigenous artists.

“We also wanted to ensure we had a good mix of different techniques.

“The 1960s were about using established techniques and really setting up printmaking in Australia, the '70s were about experimentation and use of different techniques within the one print, in the '80s Indigenous printmaking came to the fore and using photographic techniques while from the '90s through to the present day you can see how digital technologies have made their mark.”

There’s a brief discussion of techniques, ranging from etching to lithography to digital printing, with some tools of the trade on display. 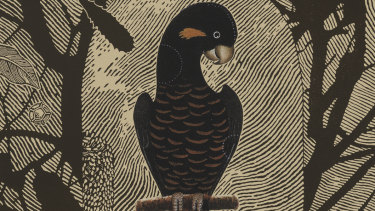 Coinciding with the exhibition, on Saturday, April 13, Australian Parliament House will host a Mini Print and Zine Fair, offering the public a rare opportunity to purchase limited-edition prints commissioned by the Print Council of Australia, Megalo Print Studio and the Zine Vending Machine by Canberra Zine Emporium.

Works on display by Megalo Print Studio artists at the fair include Kyoko Imazu, Arone Meeks, Alison Alder, Michael Bell and others, range in price from $20-$800.

Imprint will be on display in the Exhibition Area, level 1, Parliament House, Canberra, from 9am to 5pm daily until Sunday, May 12.