That’s why you should never text an ex! Instagram account documenting the toe-curling messages people have received from former lovers wins millions of fans

Getting a text from your ex is never a good thing – they’re either desperate for an ego boost or want more than just a cuddle while watching Netflix.

That’s why this funny Instagram account Text from your ex is so relatable  –  collating various text messages from ex-partners from all over the world.

With over 2,000 posts and 2.6 million followers it seems that many of us can relate to the ex dilemma.

Some posts show just how rude ex boyfriends can be, while others hilariously show the put downs we probably should have used when our ex last text us. 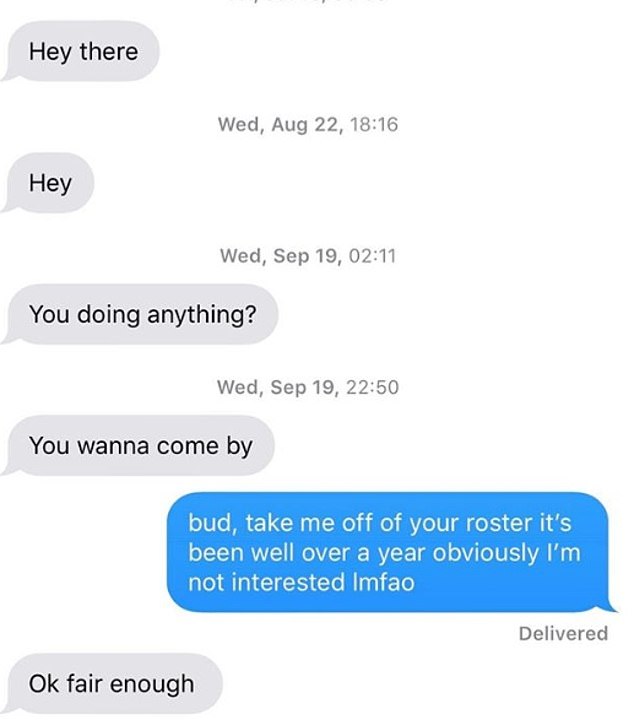 This woman was sent a barrage of texts for an ex and finally she cut him off with a clever text, which hopefully meant he stopped 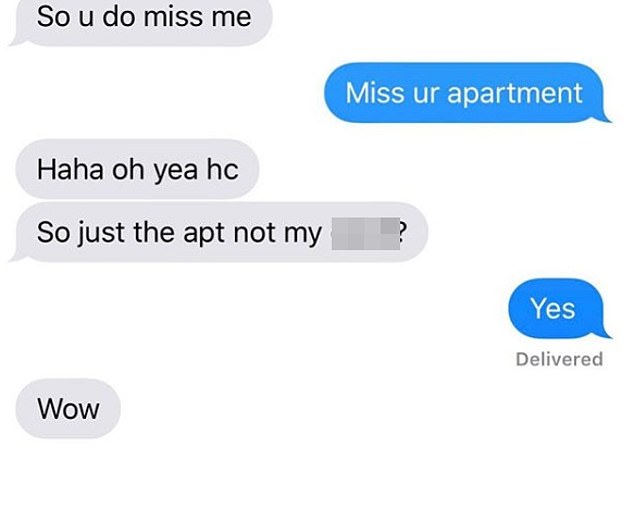 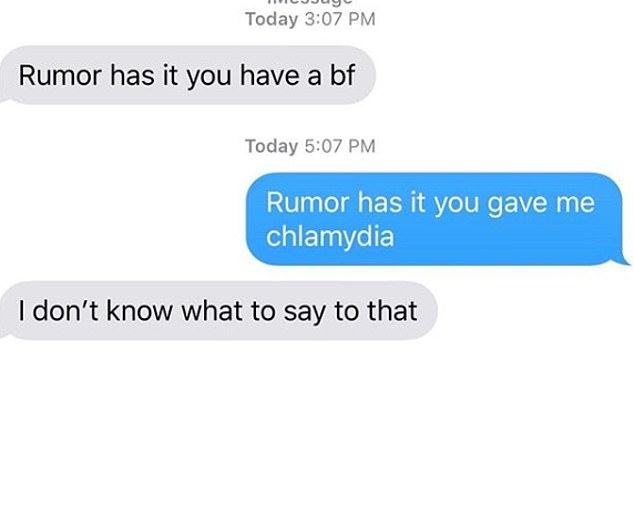 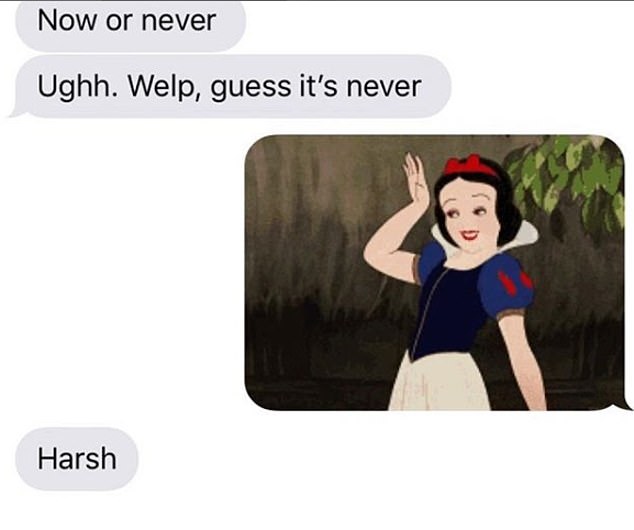 When they double text you the only way to respond is with a Disney gif, but this ex was less than impressed 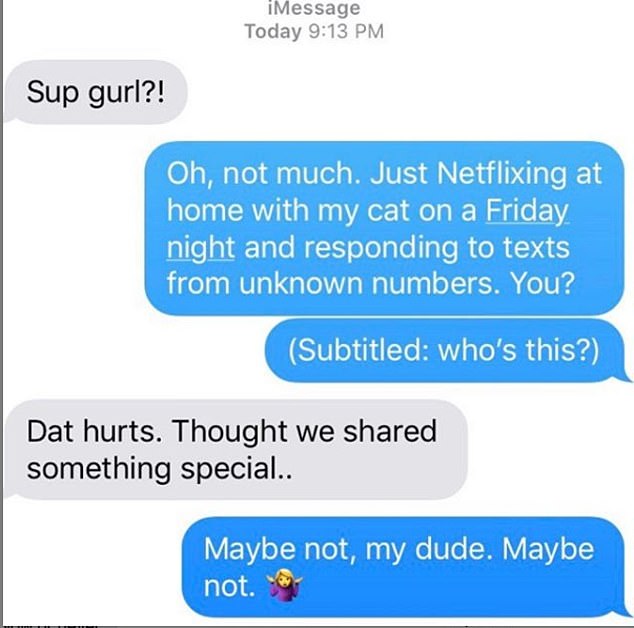 This woman really has no clue who’s texting her, but she’s happy enough with her cat and Netflix 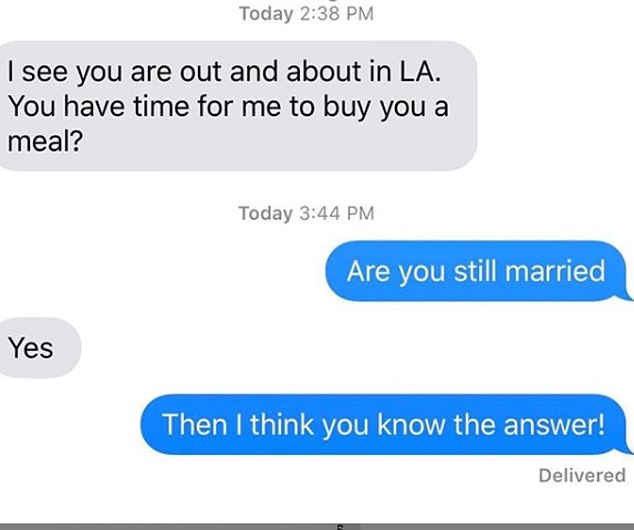 When they try and schmooze you with a meal, but this lady knows that married men are off limits….shame he doesn’t 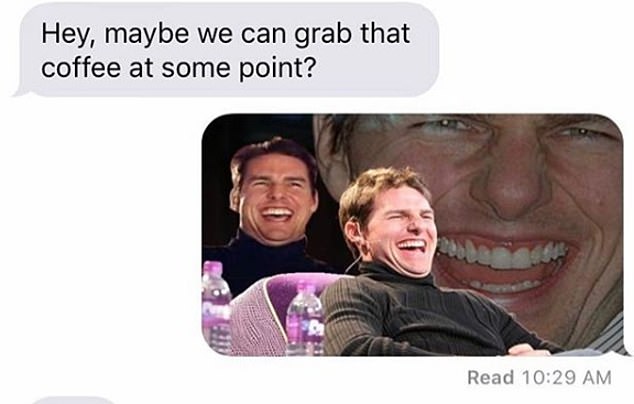 When a Tom Cruise laughing gif is all that needs to be said to an ex that probably broke your heart, then comes squirming back for more 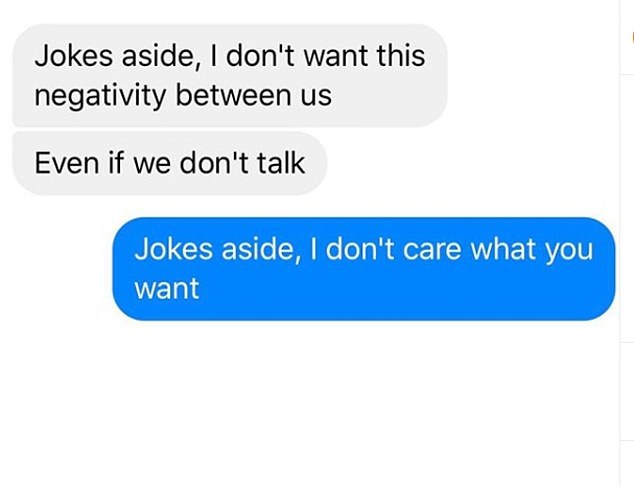 This ex couple really aren’t joking! One doesn’t want negativity, the other one simply doesn’t care 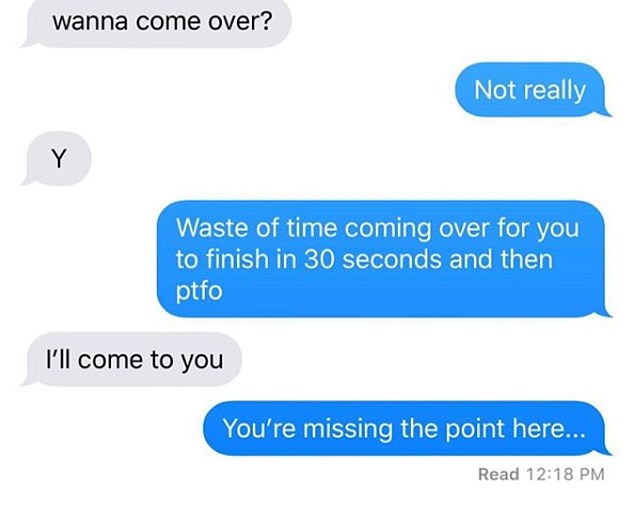 This ex really wasn’t get the jist of this woman’s response – when you get a response like that  surely its best to stop texting? 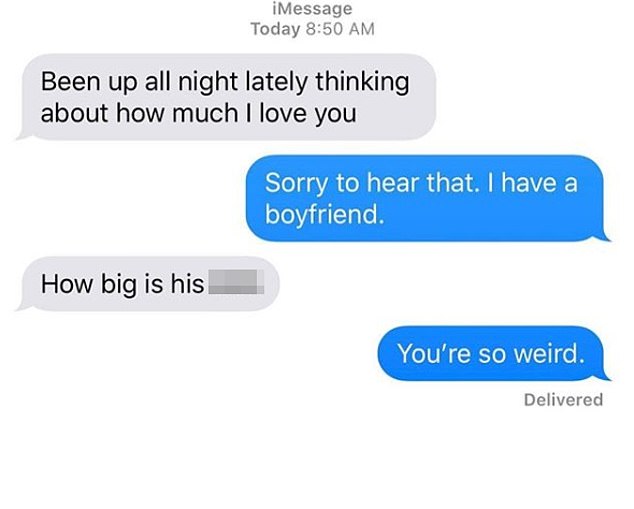 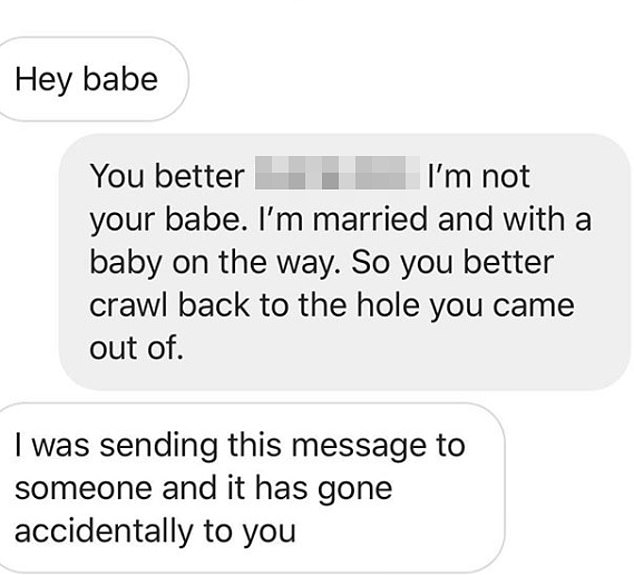 Ooops – this woman got mad when her ex text her and cut him off immediately, but he’d just got the wrong number 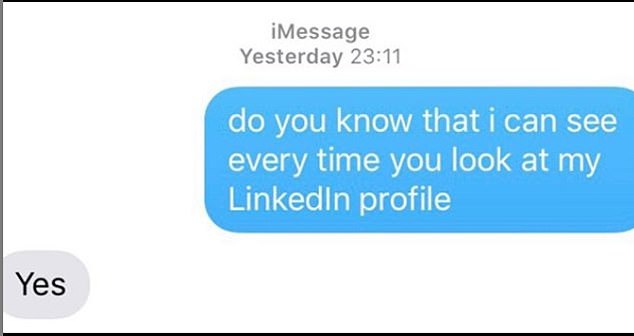 This stalking has been taken to the next level – a LinkedIn level, but the ex really doesn’t care 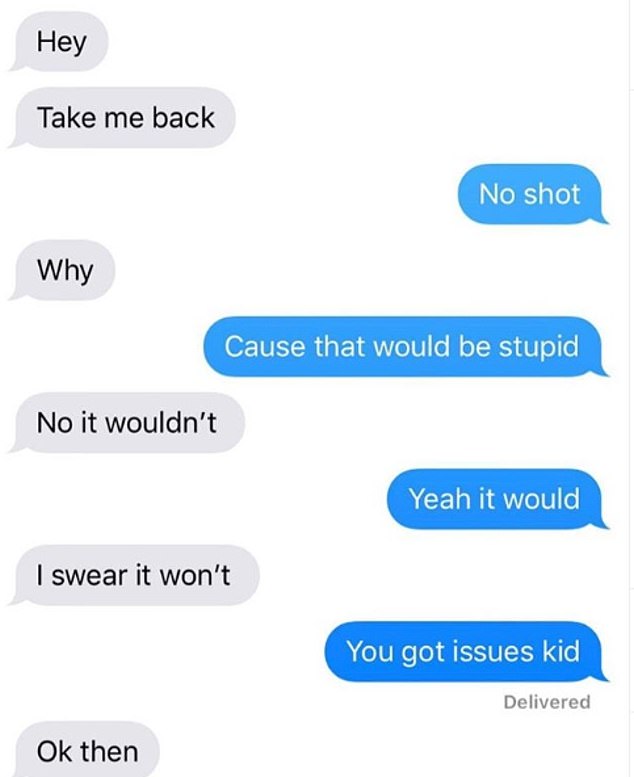