After Netflix officially announced Stranger Things is getting a fourth season on Monday, Sept. 30, the sci-fi series dropped a super cryptic teaser to give fans an idea of what the new season has in store. Although the wordless, 45-second video clip does not seem to show much, fans think that if you examine it very closely, you can spot a very important character in the background. So, is Hopper in the Stranger Things Season 4 teaser? We may have just gotten the confirmation about Hopper’s fate that we’ve all been waiting for.

Even before Netflix picked up Stranger Things for its fourth seasons, anyone who watched all of Season 3 probably knew that more had to be coming. In a mid-credits scene at the end of the Season 3 finale, a pair of guards at a Russian prison vaguely reference an American being held in one of their cells. Fans immediately assumed this American prisoner must be Hopper, who was presumed dead by everyone in Hawkins after he jumped into the portal to the Upside Down and disappeared. Going into Season 4, there is no doubt that the most pressing question on every Stranger Things fan’s mind is whether or not Hopper is still alive or not… and if he is alive, then where is he?

Well, eagle-eyed fans think that the Season 4 teaser may have just given us some answers. The promo clip shows the Stranger Things title floating in the murky Upside Down, as it becomes enveloped in a black substance. At the end, the teaser tells fans, "We’re not in Hawkins anymore," pretty clearly confirming that the new season will center on a journey into the Upside Down. But that might not be all we can glean from this new footage. Some fans also think they can faintly see Hopper in the background.

Were you able to see him? It is definitely not clear at all, but some fans think that the small light to the left of the show title appears to reveal a shadowy character. And that character appears to be standing on the porch of Hopper’s cabin, suggesting that it could be Hopper. 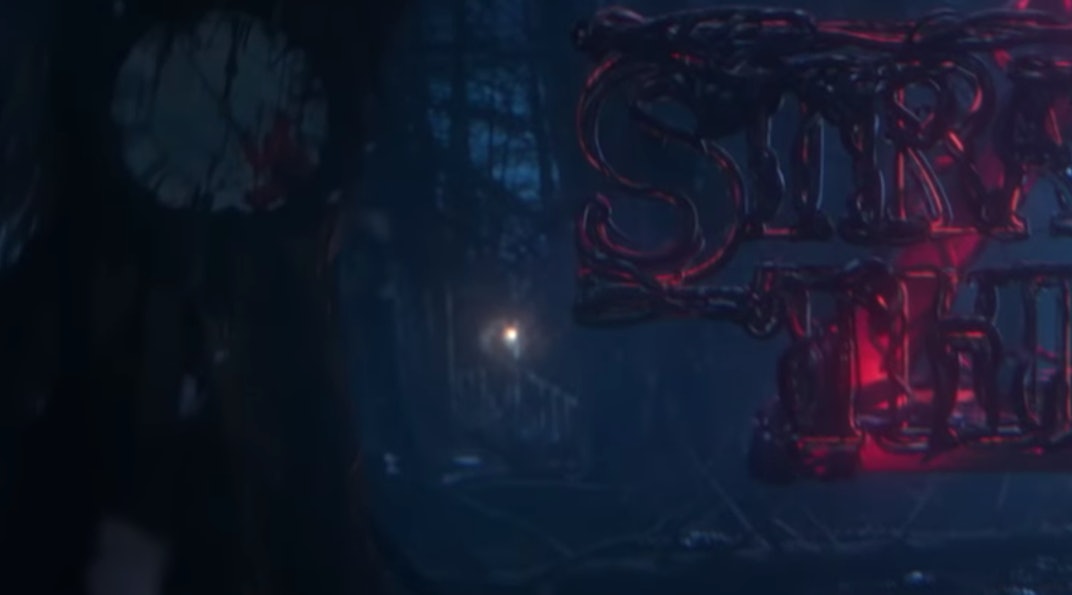 After the teaser dropped, tons of fans took to Twitter to point out this mysterious light, and they all came to the same conclusion: Hopper is alive and well, but trapped in the Upside Down.

The theory definitely makes sense. After all, we last saw Hopper jumping into the Upside Down, so it stands to reason that he would still be in the parallel dimension and possibly living in the Upside Down version of his cabin.

But this also seems to throw a wrench in the popular fan theory that Hopper is the American being held in that Russian prison. If Hopper is stuck in the Upside Down, then he can’t be in that Russian prison, right? Another prominent fan theory about the prisoner’s identity is that it could be Dr. Brenner, the scientist who raised Eleven and honed her abilities. Brenner was presumed dead after Season 1, but a former employee revealed to Eleven that he is still alive in Season 2, although we never learn where he went off to. Since the Russian prison facility is shown to have an advanced understanding of the Upside Down, maybe Brenner is being held there and forced to aid them in their paranormal research.

Netflix has not yet announced a premiere date for Stranger Things Season 4, but it will likely drop in late 2020 or early 2021.