It’s a new dawn for Chris – but his show’s as reliable as ever: JAN MOIR on Evans’s first day at Virgin Radio

Beneath a super blood wolf moon eclipse, on what is officially the most miserable day of the year, Chris Evans launched his new breakfast show on Virgin Radio.

The portents were ominous on Blue Monday morning, but it was business as usual for the 52-year-old broadcaster, who sounded as chirpy as a chickadee who’d just been given six espressos, a planet-sized pay rise and ain’t that the truth.

After nine years as the breakfast host on BBC Radio 2, Evans made a smooth, confident transition on to Virgin’s commercial shores. He is the biggest fish in a shoal of male BBC broadcasters who have recently left the Corporation in the wake of the gender pay gap row, to be replaced by women earning a fraction of their salaries. This is supposed to be feminist progress. (Evans is reported to be earning £2million, having been paid £1.6million at the Beeb.) 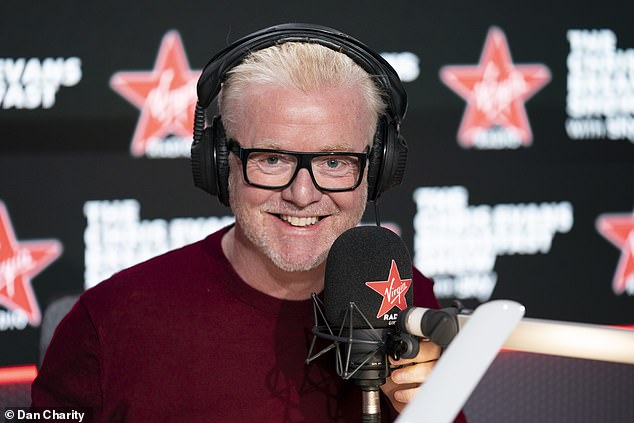 He wasted no time in broadcasting pretty much the same old show with the same jingles, the same personnel, the same format and the same torrent of relentless vivacity. Yet why fix something that isn’t broken? The only difference is the audience.

On Radio 2, Evans had ten million listeners each weekday morning, whereas the total number for Virgin Radio is currently under half a million. His job here isn’t to innovate but to consolidate – and bring his mega-audience along for the ride.

‘You can still get a honk,’ he cried early on (he loves tooting a horn on his show), before promising listeners that he was going to be ‘annoyingly positive and sunny’. Which is all we need right now, but go on if you must. Returning features included the Big Screen Belter, Gobsmackers and Golden Oldie. Yesterday, the latter featured a doddery-sounding OAP calling in from Necker Island in the Caribbean to request a Rolling Stones song (no prizes for guessing the billionaire on the end of the phone).

A sponsorship deal from Sky means that the show is broadcast without advert breaks, mirroring the listening experience on the BBC. Yet there are so many mentions of Sky and various affiliates that it doesn’t seem ad-free at all. ‘We had a BBC narrative on the BBC, we will have a Sky narrative over here and that is okay,’ said Evans. Is it? Surely that is up to the listeners to decide. 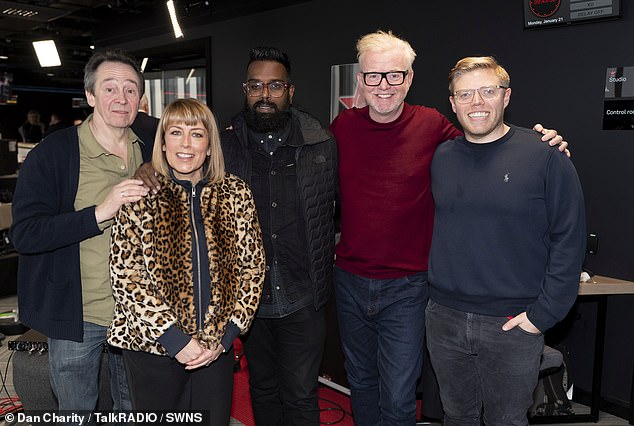 Yet one cannot deny Evans’s effervescent genius or his enthusiasm, climbing back into the radio stirrups with chirrups of joy. It was a masterstroke to have former Verve star Richard Ashcroft playing live in the studio, while other music came from Blossoms, Blondie, Ten Tonnes, Robbie Williams, Frank Sinatra and Bonnie Tyler, who is still holding out for a hero.

Guests included the Cold Feet actress Fay Ripley, who Evans described as a ‘superstar, a huge, huge superstar’. The pair of them kept it real by discussing how discombobulating it was to see yourself on a giant advertising poster. ‘But you still have to put the bins out, you know,’ said Fay, and millions of us ordinary folk were comforted by her humility.

Sometimes there is too much information. Do we really need to know that Evans was ‘sprinting for a pee because the toilet is miles away’? Or listen to boasts that Virgin bosses already want to change his three-year contract to a five-year one? And ‘wrap me in cotton wool’? Sometimes our hero is just a bit self-reverential for comfort. He has millions of fans, not least of all himself.

However, Chris Evans is a truly gifted broadcaster and there is a quickening in the airwaves when he is around. He has superb interviewing skills, whether he is chatting to an excited child or a global international megastar – like Fay Ripley! Yet he can be annoying. Yes, it is delightful that he is the proud father of four, but I do wish he wouldn’t drone on about his own children or namecheck them in every show.

Noah and Eli even appear with him on the current television ads for his new show. Can you imagine if Zoe Ball or Sara Cox did that, too? They’d be called dumb mumbrains – and worse.

Will he be worth the investment for Virgin? Still at the top of his trade, Chris Evans has proved that he is the kind of priceless breakfast-show host who can increase a station audience. But how can Virgin stop everyone from turning back to Ken Bruce on Radio 2 once his breakfast show has finished? Answer: they can’t. 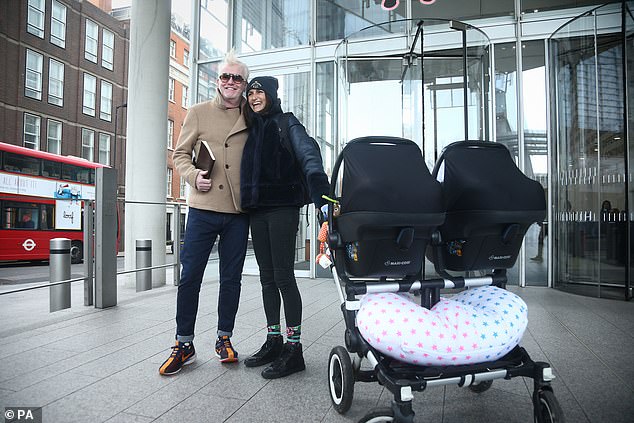 Evans leaves the Virgin Radio studios in south London, with his wife Natasha and their twins