JENNI MURRAY: How I wish I’d had the lunch hour fat-busting operation

Finally there’s a chink of light in the obesity crisis — a new operation that’s quick, easy and life-changingly effective. I can’t say I’ve had too much confidence in the Government’s plans to date.

I know from long and bitter experience that diet and exercise are a nightmare when you weigh up to 25 stone, as I did. After a diet, you will inevitably put the weight back on. Dragging yourself out of the house for a long walk is painful. Going to the gym presents the prospect of embarrassment, humiliation and misery.

Much more hopeful in this renewed battle against obesity is a weight-loss operation which can be done in 40 minutes and promises to control your appetite.

It works on a similar principle to the rather more invasive and complex operation I had, which enabled me to lose half my body weight in less than a year. 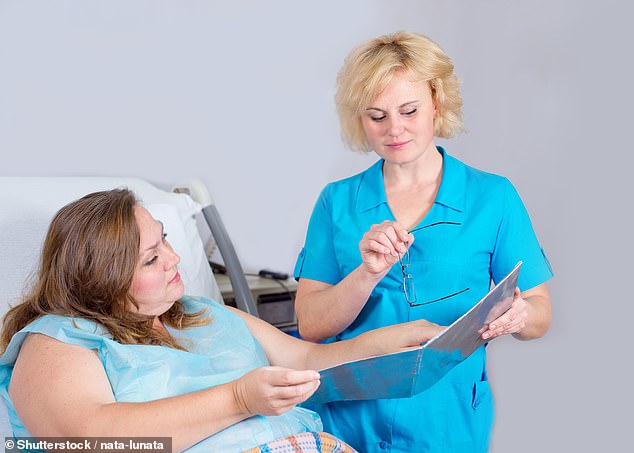 A new operation, called  left gastric artery embolisation (LGAE) can be done in 40 minutes and promises to control your appetite (file image)

The new op, called left gastric artery embolisation (LGAE), is designed to reduce the secretion of ghrelin, an annoying hormone.

Seven years ago, I had gastric sleeve surgery, in which a large portion of my stomach was removed, including the part that produces most of this hormone.

More popularly it’s known as the hunger hormone, and I can hardly describe how grateful I am to be rid of much of mine. While I do get hungry from time to time, it’s never in the way that I did before, and, when I eat, I’m quickly full.

This new procedure is so fast you could get it done in your lunch hour. As the lead of the LGAE trial at St Mary’s Hospital in London, Ahmed R. Ahmed, says, ‘You could go in hungry and come out not hungry.’ The trial is backed by Imperial College London and has received a £1.2 million grant from the NHS’s National Institute for Health Research.

That might sound like a lot — each operation will cost the NHS £1,500 — but to achieve a similar effect, my procedure, which removed 80 per cent of my stomach, cost £10,000. It took three or four hours and involved a two-day stay in hospital, as well as several months of getting adjusted to a very small stomach. I still have tiny scars across my tummy, too.

The new op is a no-brainer for cost, time and reducing the likelihood of the terrible diseases associated with obesity — including type 2 diabetes and heart disease — which cost the NHS so much.

It’s done under local anaesthetic and involves making a small cut in the groin or wrist and passing a catheter up through blood vessels. Microscopic beads are injected to reduce blood supply to an area at the top of the stomach, curtailing the secretion of ghrelin. 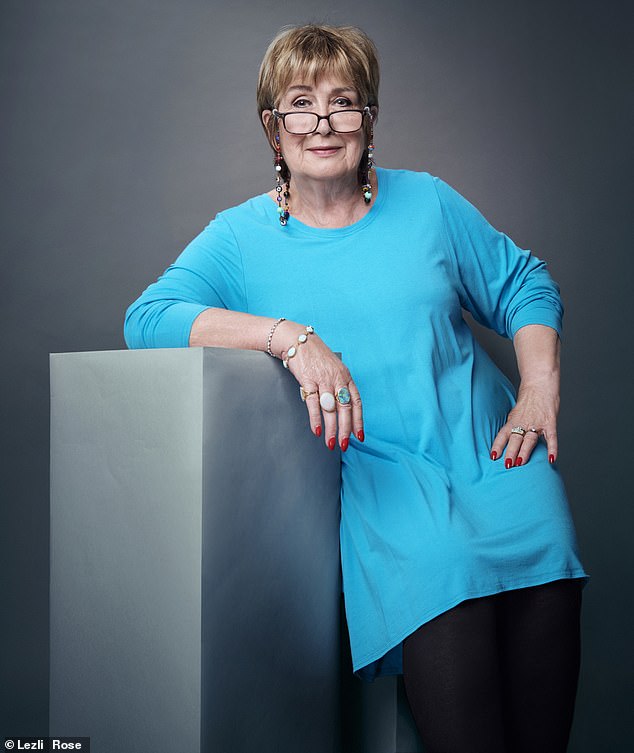 No one in Britain has yet had the treatment, but 76 volunteers with a body mass index of between 35 and 50 will now be recruited.

In the U.S., around 25 people have had it done, and I was delighted to hear one of them — Kirsten Kerfoot, who has since lost 6.5 stone — echo my feelings exactly.

‘I used to see an advert for Chinese food on the TV, and think, “I want it!” That was my experience my entire life — with food having this grip on me. Thanks to the procedure, I don’t fixate on food like that any more. It’s like being unchained from food,’ she says.

I don’t want to hear anyone claiming: ‘This is the easy way out — diet and exercise are the only solutions for lazy, greedy people.’

It is not easy. It works, saves the NHS a fortune in the long run and is a gift of hope for many who suffer. Obesity is a far more complex problem than greed or laziness. If only I could have had weight-loss surgery in my lunch hour!

The students were called ‘pathetic’ by the college principal, who is now being investigated. He was also banned from making a speech, and barred from a business trip. Dare anyone say anything any more? This week, I was reminded of how wonderful freedom of speech used to be after the BBC began repeating Victoria Wood’s Dinnerladies. Everything was there — jokes on sex, weight, men . . .

It’s humane and funny, and there’s no fear of upsetting anybody and being cancelled for sexism, fattism or terfism. It was only made 23 years ago. Has a sense of humour been cancelled, too?

Helena should keep her clothes on! 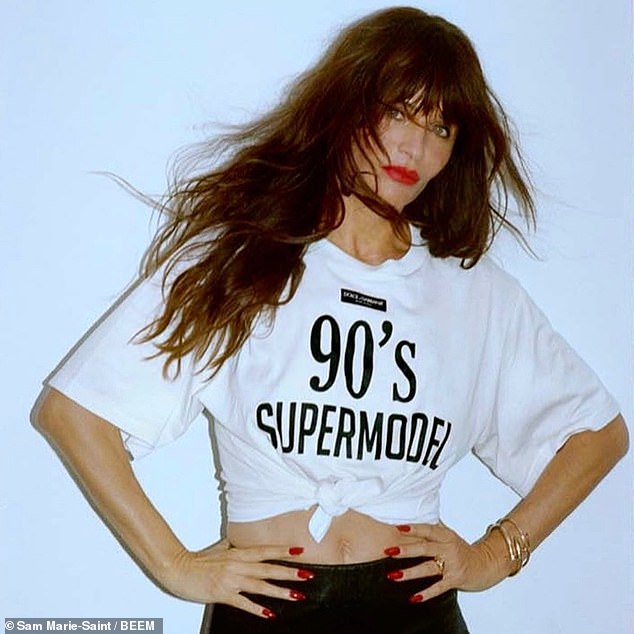 We’ve become familiar with the Danish model Helena Christensen promoting her lingerie range, wearing precious little. But she looks so much better modelling clothes. This outfit from Dolce & Gabbana is not unlike what she might have posed in when she started out 30 years ago. Wish I’d looked like that at 52!

Christmas is coming and masses of presents will be delivered, but watch out for the ‘porch pirates’. I was a victim of one three years ago.

A new top was not there when I got home from work.

Somebody nicked it. My fault, maybe.

But now the cheek of the thieves is beyond belief. Some have even been caught on the photo taken by the delivery driver. So, insist the driver rings or knocks and get there fast. It’s all too easy for these horrid people.

Snow? It’s only fun for children

Thank you, Facebook, for posting a memory from 11 years ago. ‘Snowed In’ was the caption from the Peak District.

Thank goodness we don’t live there any more. Best wishes to my old neighbours who’ve been with no heat or light for so long.

Batten down the hatches, there’s more coming your way. 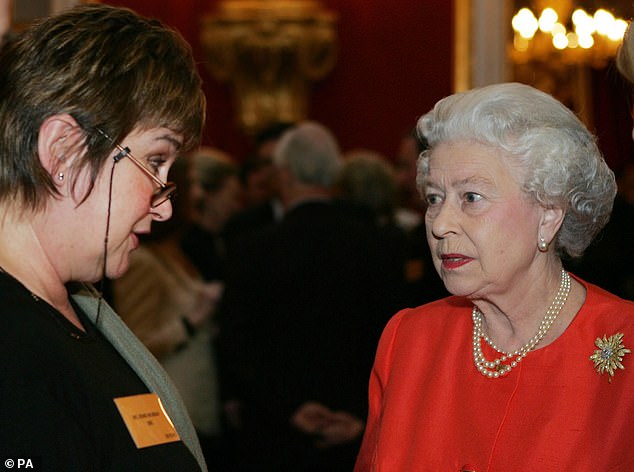 I know exactly why Joanna Lumley was ‘terrified’ when she first met the Queen.

Every time I’ve babbled on like an idiot because, as Joanna said, it feels like an electric shock when the woman who’s so familiar from a distance stands in front of you.

You watched her Coronation aged three. You battled large crowds to see her as she passed by when you were five.

And you can’t remember what you were laughing about with her when she came to your Woman’s Hour studio.

Hope she doesn’t think that her subjects are all blithering idiots.