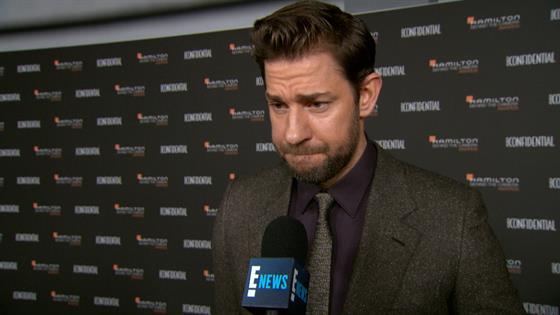 It’s time to go back.

John Krasinski has officially confirmed the release date for the sequel to A Quiet Place. The film’s director took to social media on Friday to announce that A Quiet Place 2 will indeed hit theaters on May 15, 2020.

Along with a teaser photo, Krasinski wrote to his social media followers, “…time to go back. #PartII 5-15-20.”

Krasinski has remained very tight-lipped about the sequel following the first film’s massive success in April, though he did reveal to E! News back in November that he was in the writing process.

“I’m writing the script now,” Krasinski told E! News at the Hamilton Behind the Camera Awards in Los Angeles. “So if it’s any good, maybe we’ll make it.”

In addition to writing and directing the film, Krasinski also starred in the movie alongside his wife, Emily Blunt. So will Blunt be a part of the upcoming sequel? Krasinski wouldn’t confirm or deny back in November.

It was just last month that Blunt was honored at the 2019 SAG Awards for her performance in the movie. Blunt took home the award for Outstanding Performance by a Female Actor in a Supporting Role for her work in A Quiet Place, bringing Krasinski to tears during her acceptance speech.