According to a body language expert, Kate’s signals have changed over the years, essentially becoming a “more confident” royal.

“Like the Queen she has learned the skill of applying a congruent-looking smile when out and about in public, but she has also taken that sociable trait several steps further by showing she is able to sustain the same smile for very long periods of time.

“In body language terms she has never been a ‘leaker’. 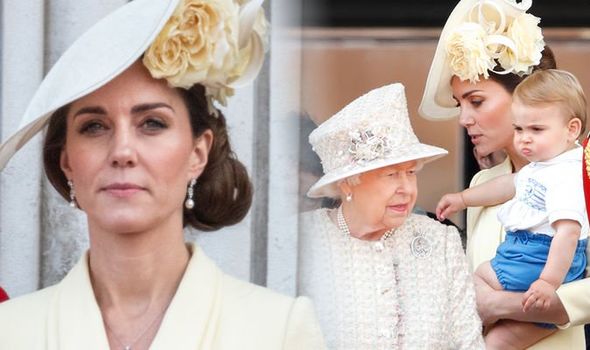 “Her happiness has always looked authentic but there are no emotional add-ons, ie glimpses of body language that could hint at the kind of more negative emotions that might stir up the same kind of soap-opera feeding-frenzy that surrounded William’s mother Diana.

“There has been a change in her body language rituals recently, suggesting changes in her life or attitude.

“She seems more confident projecting herself as a ‘stand-alone’ royal, with the success of her garden at the Chelsea Flower show.

“She has used what have looked like some active ‘leadership-style’ attempts to perform public friendship rituals with Harry and Meghan in what looks like a bid to paper over any rifts between her husband and his brother.” 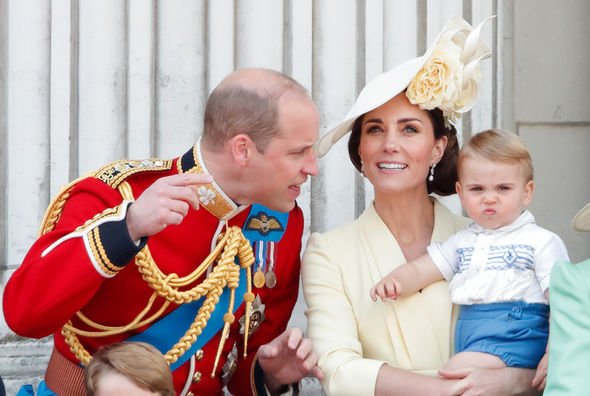 Ms James also says the Duchess of Cambridge’s smile has changed since the birth of Prince Louis, suggesting a more “genuine” delight with her three children.

She said: Since Louis was born her ‘perfect’ smile has changed to suggest genuine delight with her three children.

“It’s now often a more relaxed-looking smile that borders on a laugh, with her mouth held open and cheek dimpling on display.

“She looks relaxed about her two other children as well, as though needing to worry less as they grow older, and she looks enchanted by the very confident and happy-looking Louis.” 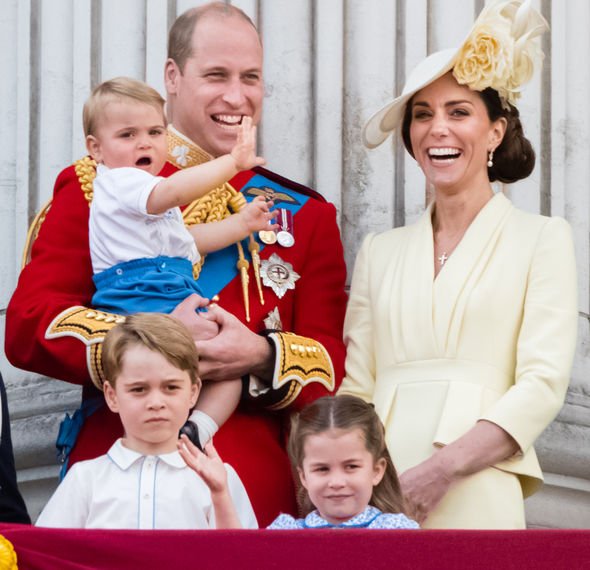 Kate and her youngest son appeared to be having a lot of fun at Prince Louis’ first-ever Trooping the Colour event.

As Prince Louis made his royal wave debut mum Kate was beaming with joy and was seen laughing and smiling at multiple occasions.

That wave meant all Cambridge children have now mastered the royal gesture, with Prince George and Princess Charlotte already looking professional while doing it.

Ms James said: “The way Charlotte and Louis were both waving avidly suggests Kate is quietly training them for their royal role and making it fun at the same time.”