Topless acrobats, world-class violinists and an indoor blossom garden were all on show as fashion designer Kenzo Takada celebrated his 80th birthday in Paris last night.

The Japanese-born creative, founder of the eponymous Kenzo label, marked the milestone with dozens of guests at the Pavillon Ledoyen, one of the oldest restaurants in the city, following his A/W 19 presentation earlier that day.

Fitting for a designer known for his bold use of colour and print, Kenzo donned a metallic gold suit embroidered with butterflies and foliage for the occasion. 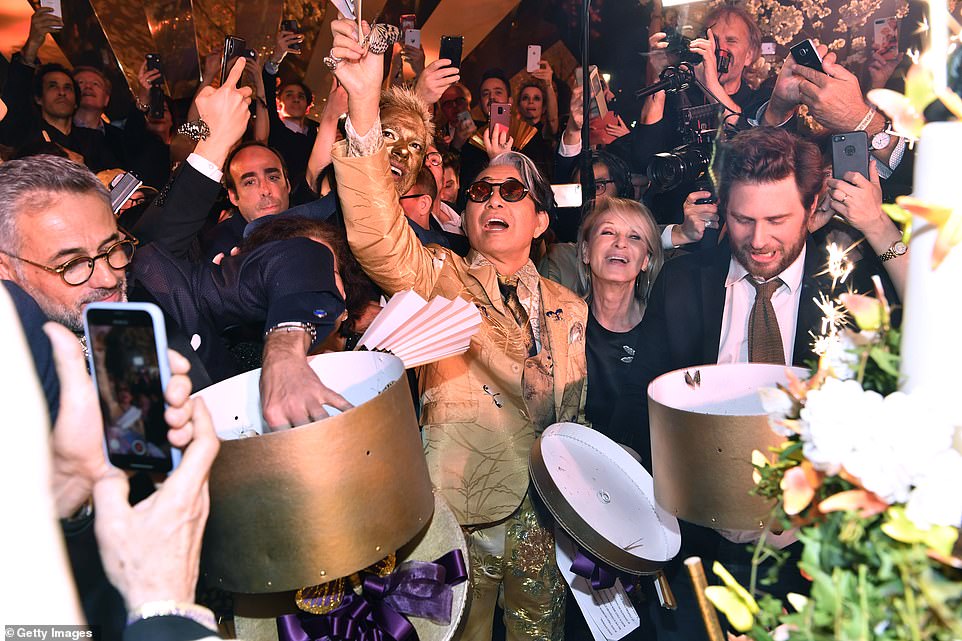 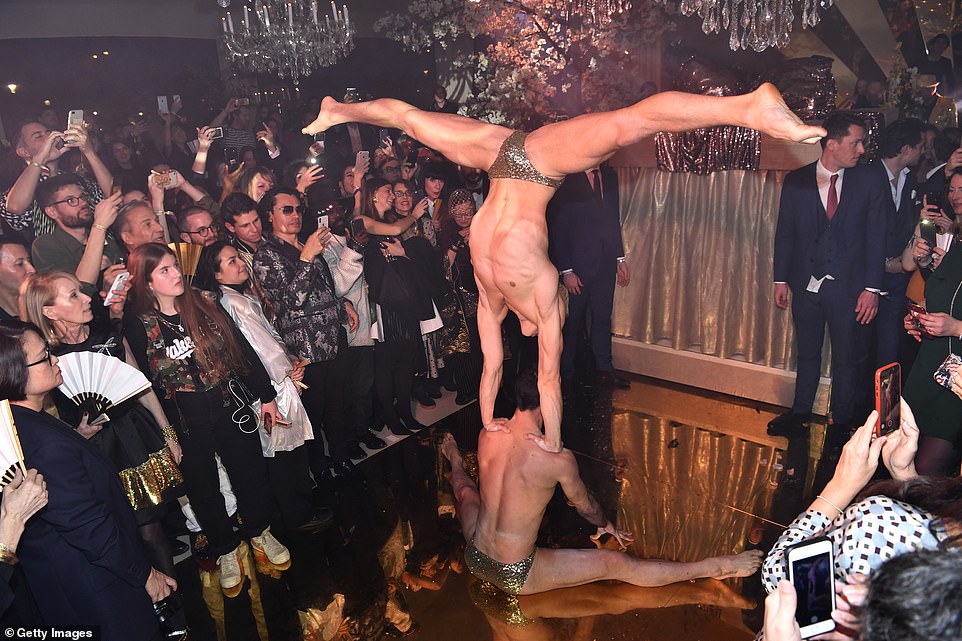 Stealing the limelight: Topless acrobats performed an extraordinary floor routine for Kenzo and his guests at the party 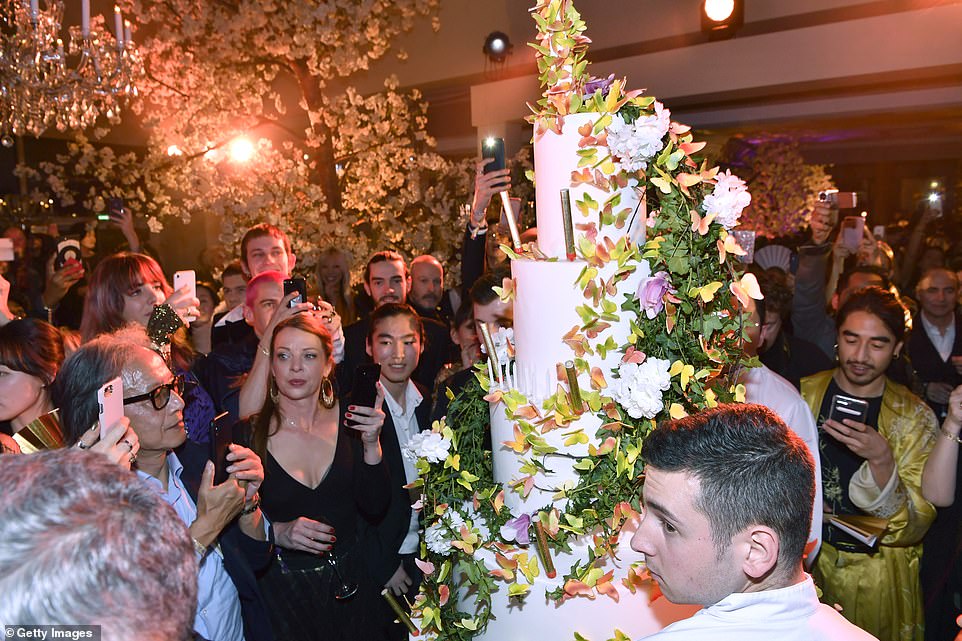 Full of life: Fitting for a designer who draws inspiration from nature, the cake was covered in foliage and vibrant butterflies 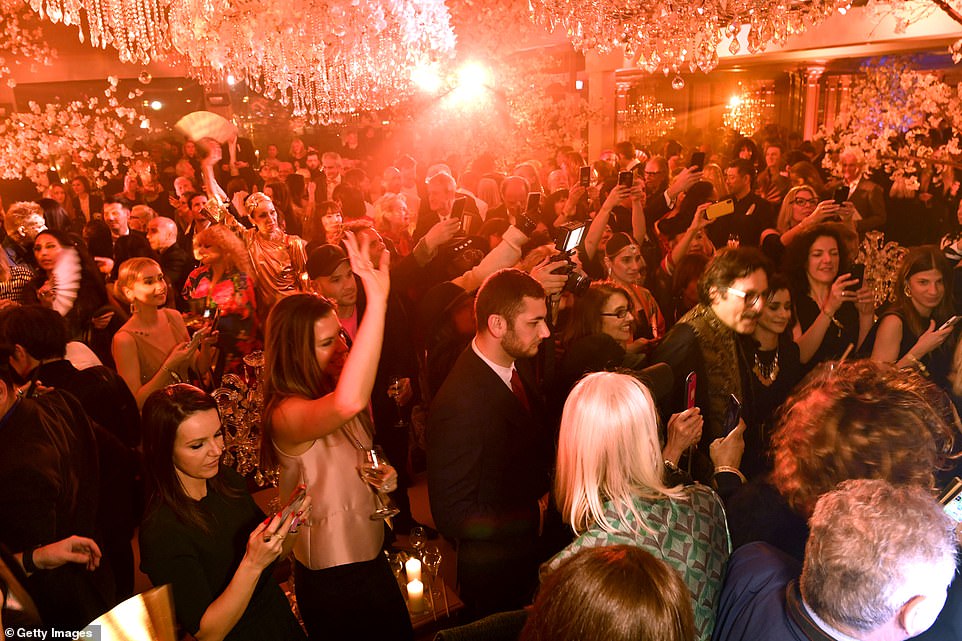 Light up the night! Glamorous guests mingled beneath twinkling chandeliers in a room bathed in a soft red light

He finished the look with a matching gold fan and a pair of dark sunglasses that he kept on for most of the night.

Videos and photos from inside the event show violinists performing on raised plinths as glamorously dressed guests mingle beneath twinkling chandeliers.

It appears Kenzo plumped for a gold theme for the bash, with a mirrored gold floor rolled out in the venue and a giant gold fan serving as the backdrop for the stage.

One guest even went so far as to paint his face gold – showing real commitment to the venue’s colours.