For a long time, I was steadfast in my belief that no Kylie Jenner ponytail could ever surpass the glory of the bleach blonde, booty-skimming, $8,000-worth-of-extensions low pony she wore while celebrating her 21 birthday. However, another Coachella has come and gone, and this year, Jenner blessed her fans with a ponytail beautiful and boho-chic enough to give that birthday ‘do a run for its money. Yup, Kylie Jenner’s Coachella Sunday Service ponytail is officially her best ponytail to date, I’m calling it now. It’s got it all: extreme length, tight braiding, fun accessories, you name it. Just when I thought North West was the unofficial kween of the Sunday Service, Jenner’s look has me reconsidering her title, because this hairstlye really deserves all the awards.

Kanye West helped Coachella attendees ring in Easter Sunday with a special Sunday Service attended by the entire Kardashian clan. All the sisters came in minimalist neutral outfits, so as to not distract from the service, and most paired their dresses or skirts with sneakers for a casual finish, perfect for enjoying the outdoor setting and chasing their beyond-cute babies across the grounds. These simple looks were anything but basic, though, and one look at Kylie’s now-iconic ponytail is proof.

Who knew a good braid could become great with the addition of some shells and crosses?

Kylie’s look was otherwise quite understated, so she was definitely relying on her pony to make a statement:

tell me a secret bae #sundayservice

I’ve been collecting a bevy of barrettes and hair accessories for a few weeks now, but I have nothing like this, which makes her look equally on-trend and elusive, in true Kar-Jenner fashion. It’s as if Jenner is saying, "I see you and your hair clip trend, and I’m here to do it bigger and better, just to remind you who’s boss." I acknowledge and respect a style queen when I see one.

I mean, look at it sway! Dare I say this pony has its own swagger?

The braided pony was crafted by wig maker and hairstylist César DeLeön Ramirêz, who often does hair for Jenner and sister Kim. "She was wearing a simple earth-toned dress, so I wanted to keep the hair simple but interesting – ethereal and beautiful," said Ramirêz via IGK Hair, the hair brand whose products he utilized to when creating the look.

According to IGK, Ramirêz used the brand’s Mistress Hydrating Hair Balm ($29, igkhair.com) to slick the pony back before adding a ponytail extension by the brand Wildform. He then used the Rich Kid Coconut Oil Gel ($29, igkhair.com) for shine and hold as he braided the ponytail all the way down. "The fun part was attaching some beautiful Wildform hair jewels," said Ramirêz via IGK. "The discs are made of natural sea shells and coconut shells and I combined them with glass crosses since she was attending Sunday Service." Clever. 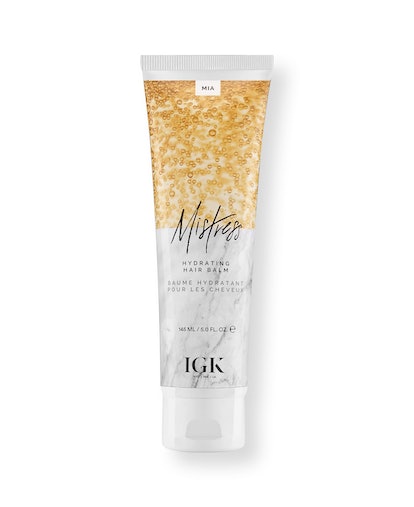 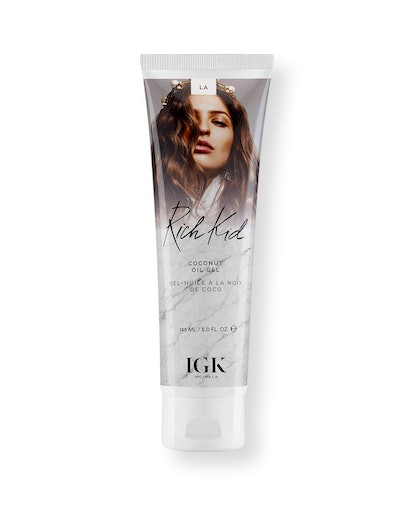 BTW, all Wildform hair jewelry is made with semi-precious stones, wearable metals, and earth elements, and you can sign up on their site to be notified when extensions and accessories drop. Last but not least, Ramirêz finished off Jenner’s dreamy pony with some Intern Flexible Hairspray ($29, igkhair.com). Voila. 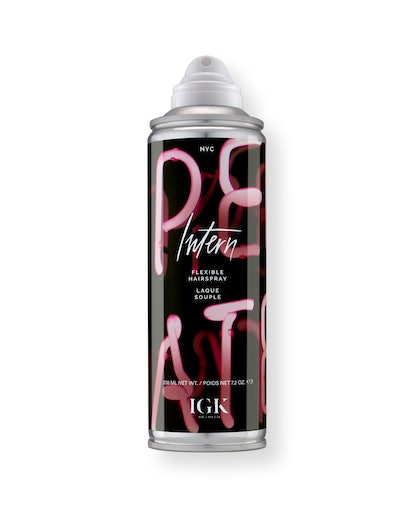 Just like that, an iconic Coachella look was born, and you best believe this pony will serve as inspo for many festival seasons to come:

I feel like it’s safe to say this braided, embellished beauty definitely tops Kylie’s 21 birthday pony, am I right? It’s both totally intricate and completely chill, edgy and bold but still dreamy and boho. I love it and I’m obsessed with it, but I’m also kinda bummed knowing no pony of my own could ever compare, despite the fact that I have all the aforementioned IGK Hair products on my shelf. Maybe I need a few extensions and some amped-up hair jewelry? Consider both officially added to my shopping list.