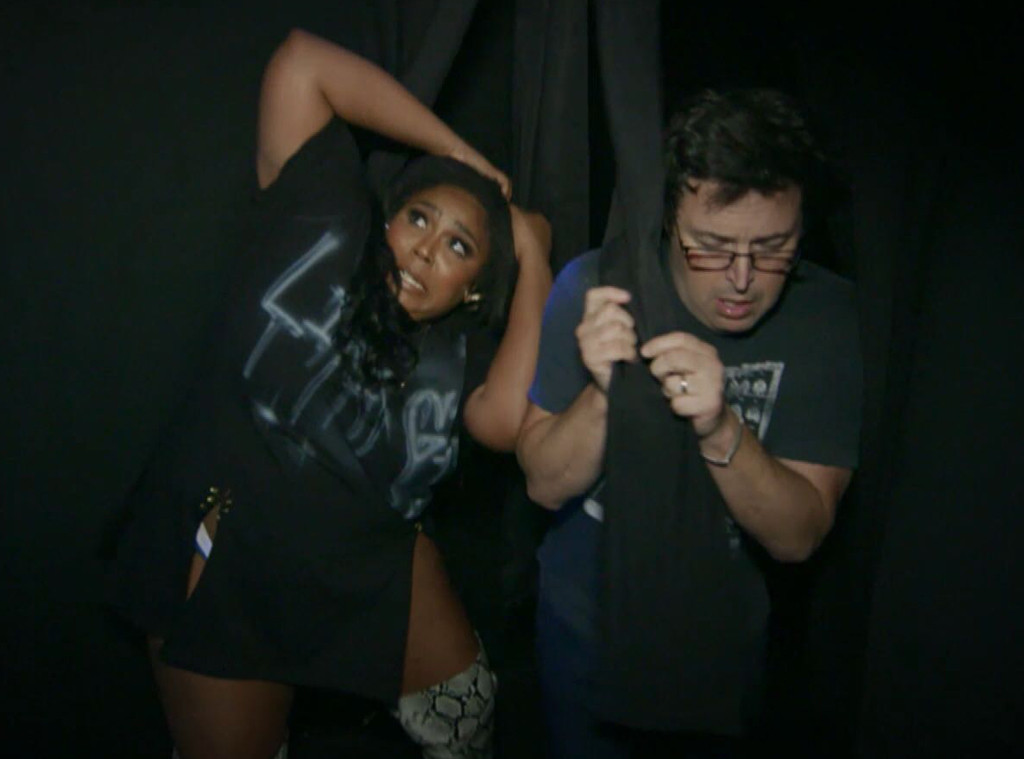 Halloween 2019 has officially come to a close, but not before Ellen DeGenerescould get in one last scare!

During Friday’s The Ellen DeGeneres Show, the host kept her hilarious Halloween tradition alive by having show producer Andy Lassner—aka “Average Andy”—escort Lizzo through a maze of terrifying sights. Andy, of course, absolutely hates being scared, but Lizzo wasn’t afraid as they stepped into “Pandora’s Cabinet of Curiosity” house at Universal Studios’ Halloween Horror Nights.

“I’m 100% that scary ass bitch,” the “Truth Hurts” singer said before entering the ghoulish venue. It didn’t take long for that confidence to turn into straight-up fear, though, as a demon jumped out and scared the pair right in the middle of their pep talk. From that point on, Lizzo was feeling scared as hell.

“Thank you, Jesus!” she quipped, trying to pray her way through. Then, when a werewolf jumped out at them and they had nowhere to turn, the superstar did what she does best: she twerked her way out. Lizzo grabbed Andy by the sides and bravely chanted, “Get yo ass out the way!”

Terrifying jump scares came one right after the other as the two attempted to make their way through the haunted house relatively unscathed. “I’m sorry I used you as a shield,” Lizzo joked at one point. For his part, Andy tried his best to overcome his fear with logic, but of course, they stayed spooked the entire time.

Lizzo made a run for it once she finally saw sunlight at the end of the tour, but of course, someone was waiting there to scare her, causing the “Good As Hell” singer to literally drop to the floor in fear.

Check out the video to see what terrifying things Universal Studios had in store for the poor unfortunate souls.