MARATHON bars are making a comeback to UK shores almost 30 years after being renamed Snickers.

The nutty nougat snack will be called Marathon once more in Morrisons store nationwide – but only for a limited time. 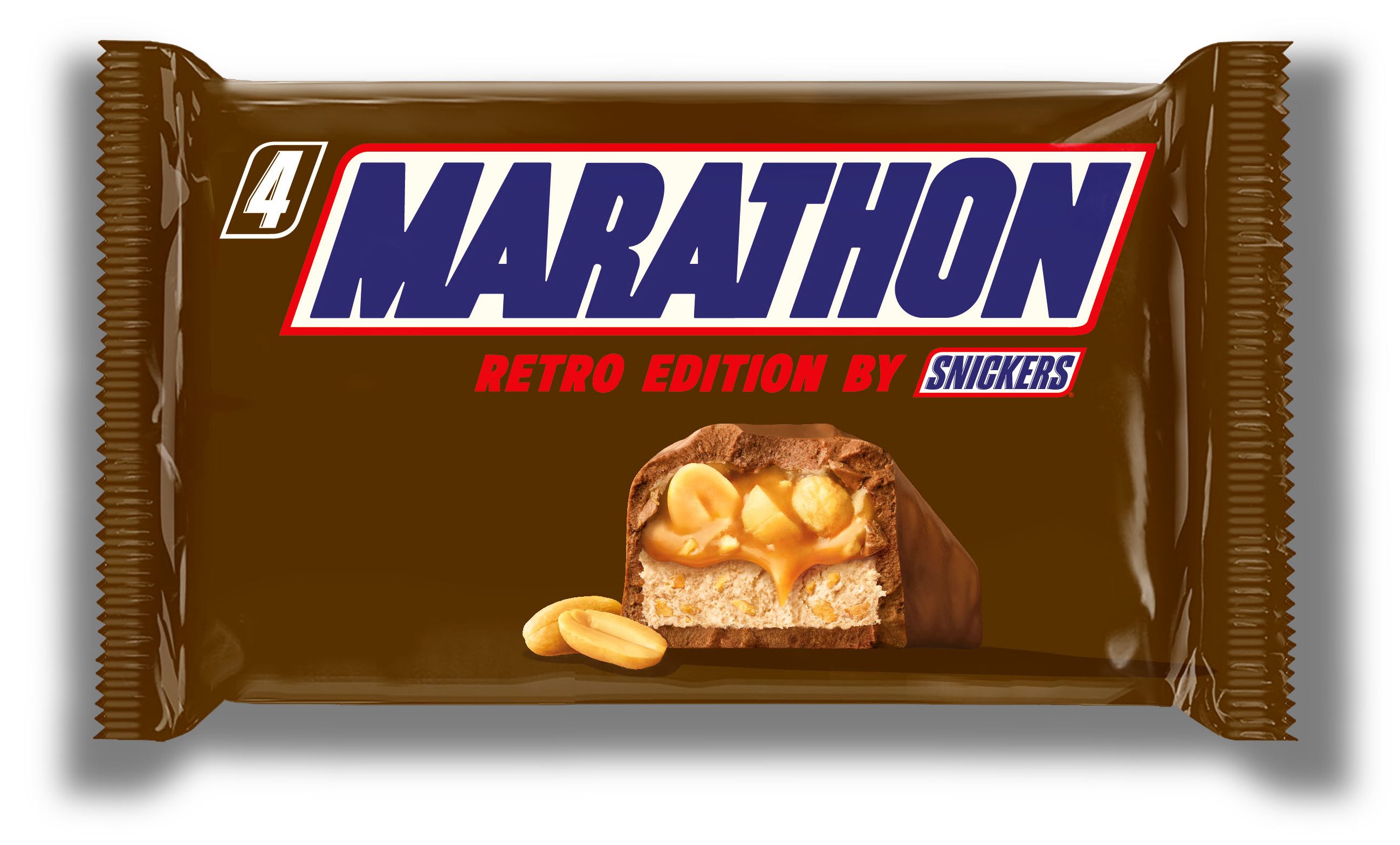 The name change will last for 12 weeks, starting from September 9, before it goes back to Snickers.

Retro chocolate fans will no doubt remember when the Marathon bar was renamed Snickers back in 1990.

It was first created back in the 1930s but Mars decided to change the name in the UK to match with the US brand.

The wrapper carried both names for a while before Marathon was removed from shelves completely.

Speculation that the Marathon could return goes way back to 2006 when Mars re-registered the Marathon brand in the UK.

Reports at the time suggested the parent company would embark on a three-month trial but the Snickers name was never removed.

The Sun has asked parent company Mars and Morrisons how much the bars will be cost and if they’re made with the same recipe as Snickers.

Snickers bars cost around 60p from most supermarkets but it's unclear if this price will remain for the limited edition Marathon.

The average man shouldn't consumer more than 2,500 calories a day, while it's 2,000 for women, according to NHS guidelines.

Meanwhile the recommended daily intake of sugar for men and women is 30g.
If you're already excited to get your hands on a Marathon, you can find out where your nearest Morrisons is.

The Sun has previously rounded up our favourite chocolate bars that you might remember from your childhood.

While fans of the Dream bar were thrilled when Cadbury announced a new range of white chocolate bars.